If you conduct a survey among modern motorists regarding the preferred body type, it becomes clear that the majority owns or wants in the future to have only a sedan. Love for this type of car significantly exceeds the “warm” feelings experienced by other vehicles, made in the form of hatchbacks or compact small car. The modern consumer wants to have a full-fledged car, which has a spacious luggage compartment and a cozy lounge with good spaciousness.

The main thing that catches your eye is an attractive exterior, over which the designers of the two firms have done a good job. We will understand the technical equipment, capabilities, strengths and weaknesses to choose a sedan with the best performance and driving parameters.

For the first time the Russian consumer saw the Polo in 2010, and in the shortest possible time the presentable sedan found a whole crowd of fans wishing to become owners of the next German novelty. Despite the fact that the Polo cannot be categorized as a new-fashioned innovative vehicle, it was a car that more than one thousand consumers checked with time. An efficient, well-functioning car was completed with the Polo's front suspension, which was familiar to many, the rear type element from the fourth-generation Golf, the 1.6-liter powertrain. The main feature, which has a high-quality sedan, is a very attractive appearance. To achieve a pronounced exterior, which is many times better than its predecessors, it was possible through the use of neat karma and organic rear pillar, which together gave the car an extraordinary "corporate" appearance.

Car enthusiasts who have ever used Volkswagen cars will be able to observe with pleasure the very characteristic feature that has been associated with the most concise and simple interior. Along with the existing advantages, there are some drawbacks related to the understated seat for the driver, whose seat, by the way, can be adjusted in a wide range. The budget of the vehicle emphasizes the lack of high-quality trim and good upholstery, which makes the car even better and more accessible. 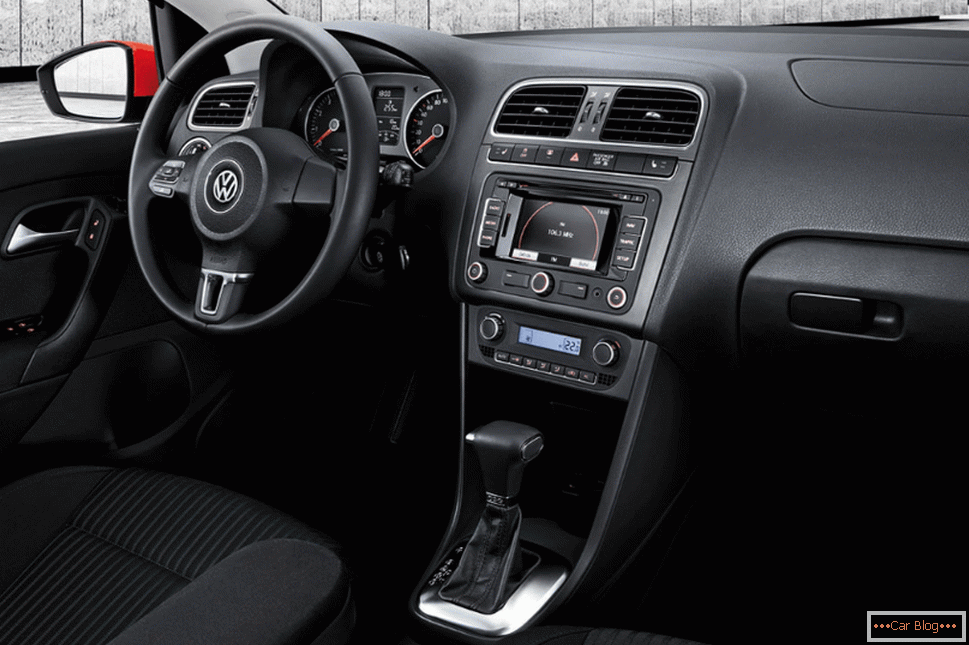 One of the advantages are:

You should not lose sight of the excellent performance of the course, the Volkswagen Polo sedan is equipped with a dense suspension, supple steering and small rolls. The lack of an ideal dynamic engine is compensated by its reliability. With respect to fuel, a vehicle can consume not only the AI-95, but also the AI-92. Modern Polo sedan - comfortable cars for the masses, the car is devoid of pompous delights, attracting those who appreciate quality and can afford a car with an average price.

In order to make the comparison as honest as possible and to be able to identify the car that is at times better than its rival, one should briefly describe the modern Kia Rio sedan. The main advantages of which are extensive options, charisma and bright novelty. Only one who, unlike other car owners, wants to emphasize his style and preferences can possess such a car, like Kia Rio. The car conquers the hearts of Russians with its trademark “tiger smile”, smooth and at the same time sharp lines of stamping located along the length of the whole body, as well as extraordinary narrow headlights. The appearance of this car is one of its greatest strengths, emphasizing the individuality and novelty of the Korean vehicle. 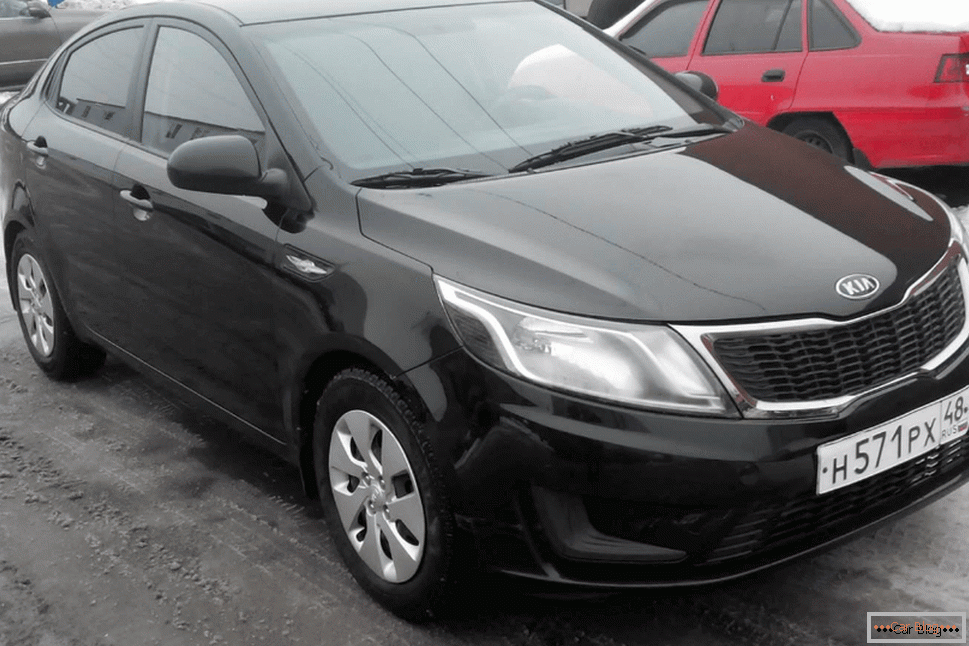 At first glance, the Rio sedan seems a bit better than the Volkswagen Polo, especially if you consider the budget that is required to purchase it, however, you should understand the technical equipment of the car.

Looking into the salon, a potential buyer will see the internal look of the car no less attractive compared to the exterior. A simple and attractive dashboard at the same time complements the steering device, which is not height adjustable. One of the minor drawbacks is the lack of the ability to put the driver’s seat back in an upright position. 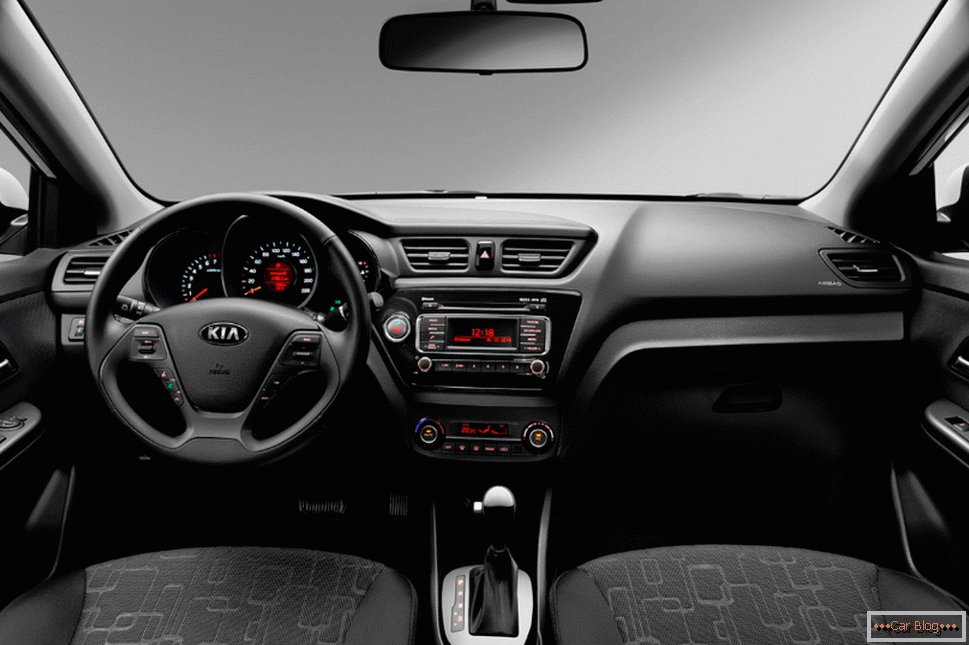 Rear passenger seats do not differ in space, which can bring discomfort during long trips - this is the result of creating the enchanting appearance of the Kia Rio. True, there are also peculiar elements of the decor, which make the time spent in the car more pleasant and convenient, as evidenced by: a recess for the torpedo, space for four glass holders, sockets.

Remarkable luggage compartment Kia Rio, which is slightly better than the Volkswagen Polo, its capacity reaches 500 liters. While driving, the car moves smoothly and confidently, but there are slight drifts around the corners.

So that the comparison between the Volkswagen Polo and the Kia Rio could give a full-fledged one-syllable answer, the future car owner is better to conduct a small test drive himself, which will help determine the choice of the optimal sedan. In practice, it turns out that both cars have features characteristic only for them, at the same time possessing similar properties that are able to overlap with each other. In fact, the future owner of the sedan should highlight for themselves the features that his car should possess, for example, such features as conciseness, proven reliability and trust in the German car industry can make a choice in favor of Volkswagen Polo. If the first place is the desire to have a vehicle with an extraordinary design and good driving parameters, you should prefer the Korean Kia Rio. 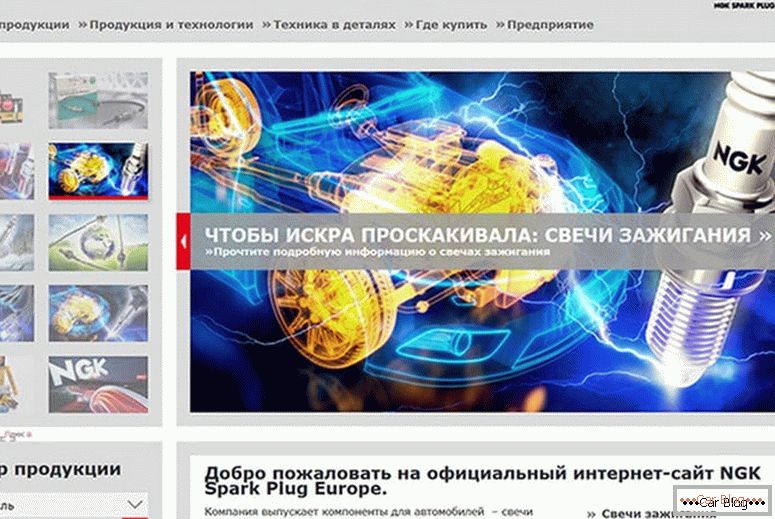 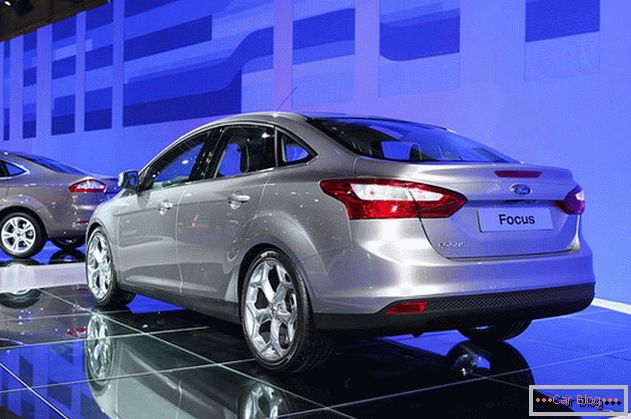 The germans called the price of the restyled audi a3 in