Tinted headlights (shading and / or color change) is one of the most popular, simple, inexpensive types of car tuning. Tinted headlights can greatly change the exterior (appearance) of the car, giving it originality, style, individuality ...

But, naturally, the “legal desire” to stand out in a stream of cars requires some investment of money and labor (if you decide to tint the headlights yourself, without resorting to the service of a car service or a tuning studio). By the way, about the legality of desire: the traffic police inspector and you may have diametrically opposed views on this aspect. Therefore, it is necessary to arm yourself with some knowledge, at least in the amount of traffic rules (Rules of the Road). 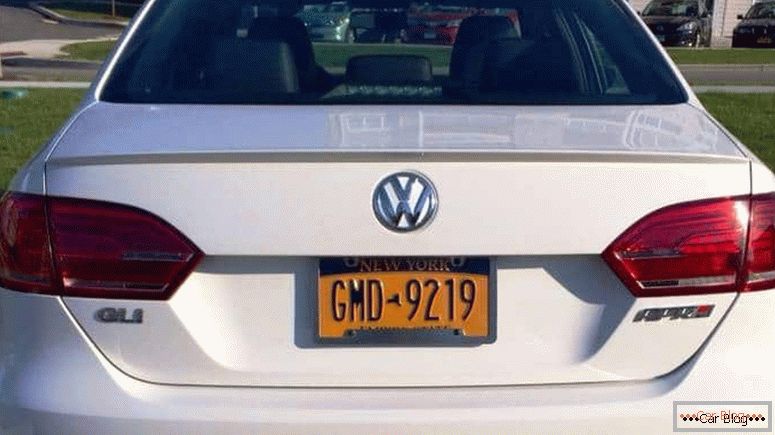 Traffic rules - this is the main regulatory document on the road. They need to be guided and use as an argument in communicating with the inspector, because to appeal to "common sense" is usually useless. Section 3 of the rules contains a list of conditions prohibiting the operation of vehicles. In our case, of interest is item number 3.6, which regulates the use of light devices. It states that it is prohibited to install devices and devices, the color of the glow (reflection) of which differs from the following:

As usual, the driver will consider that “everything that is not prohibited is allowed”, and the guy, on the contrary: what is not allowed, then is prohibited. But the above extract is all that is said in the SDA on this issue: neither subtract nor subtract. It is all the same to you to solve the “Hamlet dilemma”: to tint the headlights or not to tint.

How to tint lights: film or paint 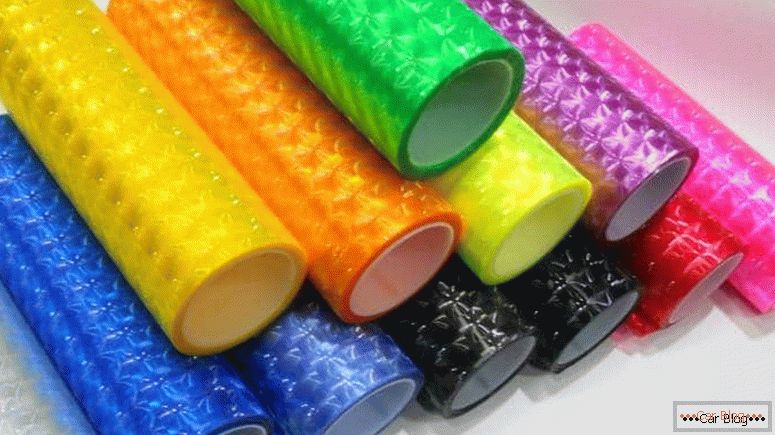 Film for tinting headlights presented a variety of colors

Looking ahead: if the film was used for tinting headlights, then in a dead-end situation it was only a matter of seconds to rastone the lights.

Both methods of applying tinting have their adherents and, accordingly, opponents. The use of the film seems to be still preferable for several reasons:

See also: Rules for the installation of fog lamps

Well, if you do the tinting of the headlights with a film with your own hands, then the main, “impenetrable” argument comes into force: this method is quite capable of any car enthusiast. Unlike the paint, which without skills and experience is almost impossible to apply even a thin layer, and even without smudges. The film in case of failure can be removed, and then glued a new one. Paint removal is a problem because Solvents can not be used - you can permanently ruin the glass.

For work, you need a small set of common materials and tools, most of which can be borrowed from a spouse and child:

For careful sticking of the film, the headlights are preferably removed, but not necessary: ​​the work can be done locally. But when the tinting of the rear lights is performed, then dismantling is indispensable. If the glasses have stamped convex inscriptions, they must be removed with a sanding machine or sandpaper. Then polish well to get a mirror surface.

After that, the headlights must be thoroughly washed with warm water using a glass cleaner. Washed headlights can be dried with a hairdryer or wiped with a soft, lint-free cloth. Now degreasing with alcohol is performed (it is absolutely impossible to use solvents) and drying again. You can proceed directly to the toning. 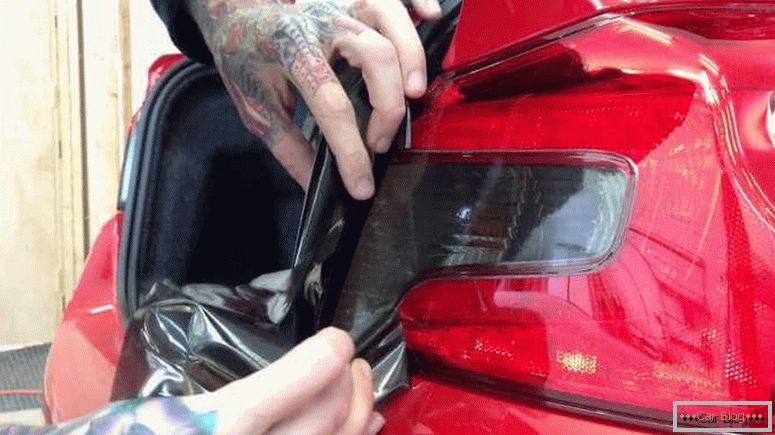 When tinting headlights, it is important to carefully smooth the film and squeeze out all the air and moisture bubbles.

All instructions for labeling dubbing film fit into 5 steps: 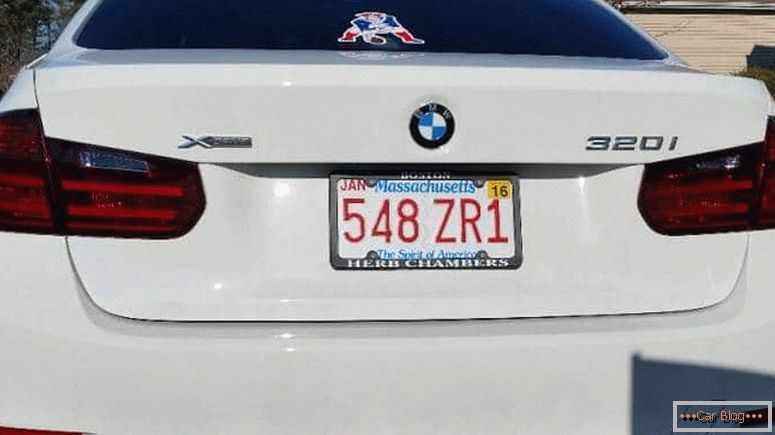 Tinting lights film can be partial, for example, alternating stripes

If you have not guessed with the transparency of the film and the luminosity of the headlamp or flashlight has decreased significantly, then you can try to install a brighter lamp. 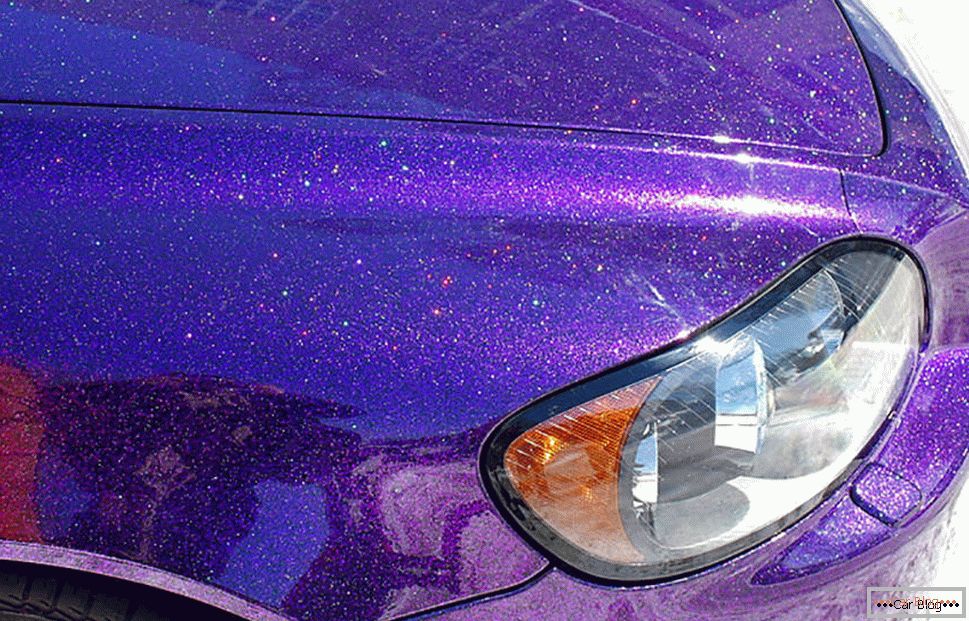