Repair turbocharger on their own

Those who love speed and real drive, often prefer cars with turbo engines. The turbine in the car is needed for forcing more air into the engine, which just contributes to the increase in power. But turbo engines have one significant disadvantage - the supercharger is fragile and often fails. Therefore, each owner of such a car can come in handy with the ability to repair the turbine with their own hands. 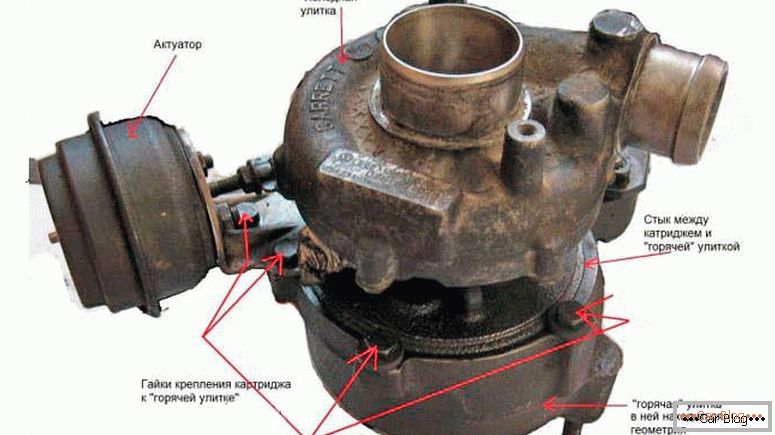 In general, the design of the turbine is nothing complicated. It consists of only several key elements:

The shaft is made of steel, and the body is usually aluminum (today there are ceramic turbines, but in this article we will consider the repair of classical type turbines). If damage has appeared on these parts, there is only one way out - replacement. However, most other problems with the turbocharging system can be diagnosed and fixed without the help of experts. It is about how to check the turbine and fix it, and we will tell further.

Often the main cause of a turbine breakdown is the negligence of its owner - the late service carried out was killed by more than one blower. If THAT is carried out on time, you can save both the turbine and your wallet from shocks. So, consider a few signs that indicate the breakdown of the turbocharger of your car: 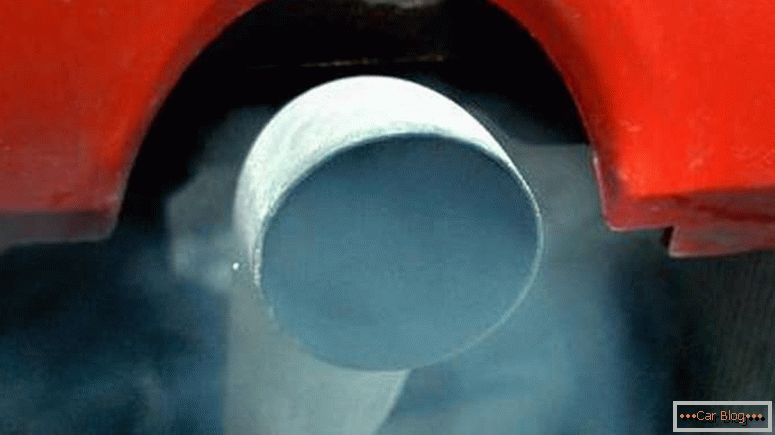 White smoke may indicate that the turbocharger drain oil pipe is clogged. 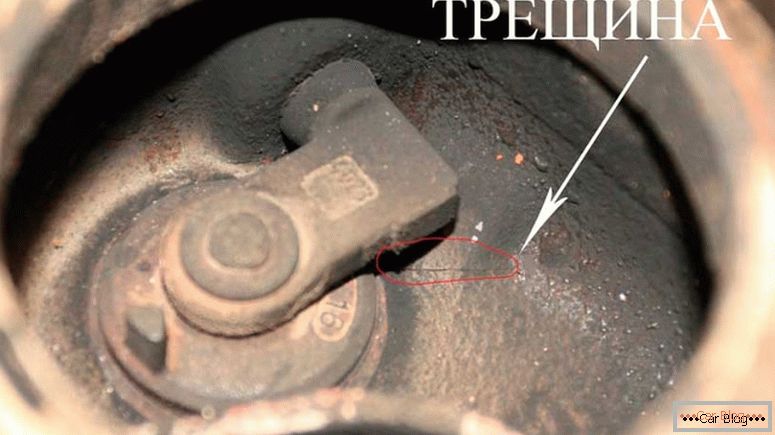 The crack on the turbine housing

Before you start repairing the turbocharger, you must remove the turbine from the car and disassemble it. We do this in the following order:

If the turbine has already been disassembled, be sure to wash and clean all its elements (regardless of whether they require repair or not). 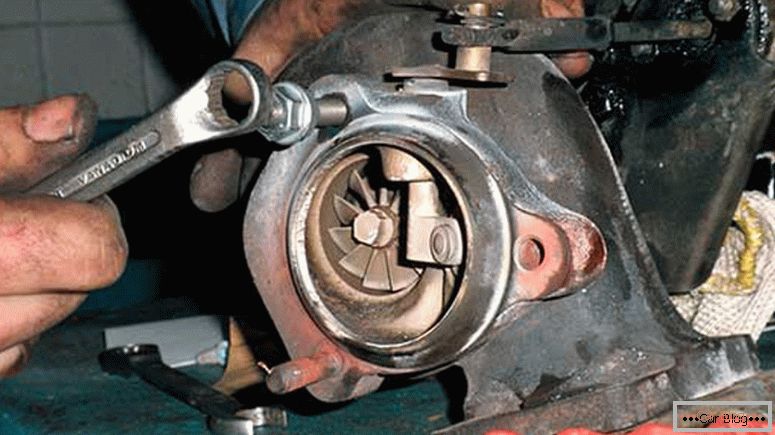 Before you start repairing, you need to disassemble the turbine.

When the process of removing the supercharger is completed, you can begin to repair. To do this, you need to purchase a special repair kit for turbocharging. There must be all the necessary stuff - rings, hardware, bearings and seals. So, let's begin:

We considered the general principle of disassembling a turbocharger. In your car, the design of the turbine may differ slightly from the example given by us. However, the algorithm will still be similar to the above.

If the turbine does not require serious repair, then the process of its disassembly and preventive replacement of some elements will not require any special skills or time-consuming. In this process, the main thing is to be extremely attentive and careful. 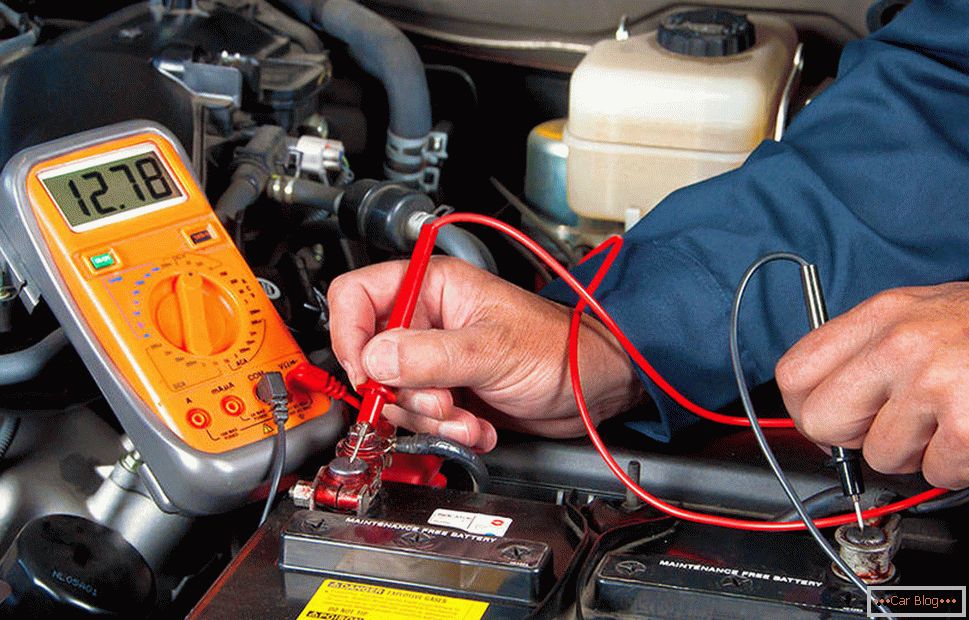 Recommendations for choosing wires for lighting your car

A few easy ways to register a car