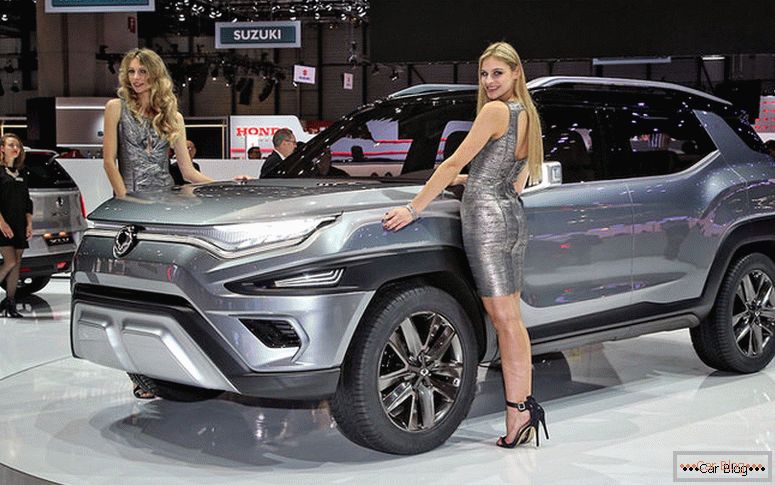 Korean concept car SsangYong XAVL, which managers of the auto brand had previously positioned as a future follower of the Korando SUV, at the Geneva auto show was not at all frame-based and without any all-wheel drive. Before the disappointed viewers turned out to be front wheel drive crossover. Congratulations to the Koreans, lied! But as a consolation to those who strongly hoped to see the concept of a future frame SUV, the developers equipped the new product with a central airbag, which is located between the driver's seat and the front passenger seat. Concept seven-seater SsangYong XAVL belongs to the class of mid-size crossovers. It has a distance between the axles of 2 m 77.5 cm, a length of 4 m 63 cm, a width of 1 m 86.6 cm and a height of 1 m 64 cm. The drive, as already mentioned, is exclusively front. The design is somewhat non-classical, executed by the "brush" of an eccentric artist. Chinese car enthusiasts, especially young ones, love this design. But this does not compensate for the expectations of the off-road follower of the frame Korando, a car that can be said to have the status of a legend in the Korean car industry. Not pulling SsangYong XAVL on such a model, not even standing next to. By the way, the abbreviated prefix in its name - XAVL, can be translated from a complex mixture of English and Korean as "an amazing long car" ... 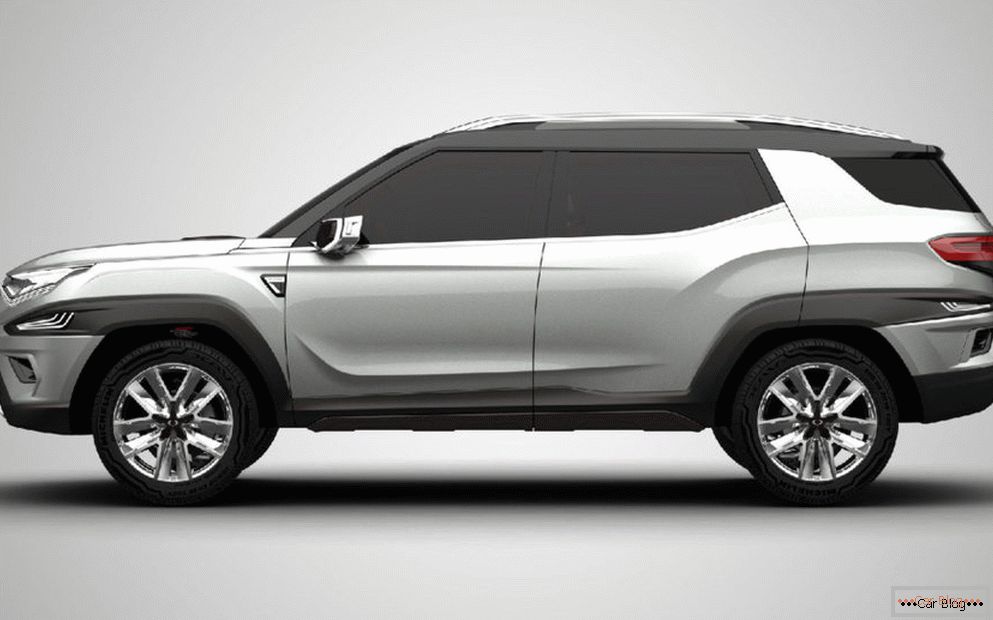 If you forget that the Koreans promised to realize the novelty as frame SUV, then, in fact, the developers presented to the mass car enthusiast quite family crossoverhaving a rather modest appetite. Its 1.5-liter gasoline engine or 1.6-liter diesel engine paired with a six-speed automatic transmission and a start-stop system are extremely economical. True, the specific figures of consumption for the reference hundred kilometers of managers did not sound. In the salon, the second and third row seats can be folded and moved along the "rails" back and forth to make the most of the vacant space for freight purposes.

The drivers' position was performed by the latest model of automotive fashion: there are practically no analog control buttons - there is a figure everywhere, the automatic switch is implemented as a hockey puck, all digital devices, and a huge touchscreen with a diagonal more than ten inches crowns the center console. Finished interior exclusively aluminum and leather.

Recommended article: Truckers will be forced to haul chains

Engineers who made XAVLWe are confident that the new product will be the safest crossover in its segment. The central airbag will protect the driver and passengers from traumatic shocks to each other in the event of an accident. Pedestrians were also taken care of here: the car is equipped with an outdoor airbag for those who would be on a car bumper in a collision. 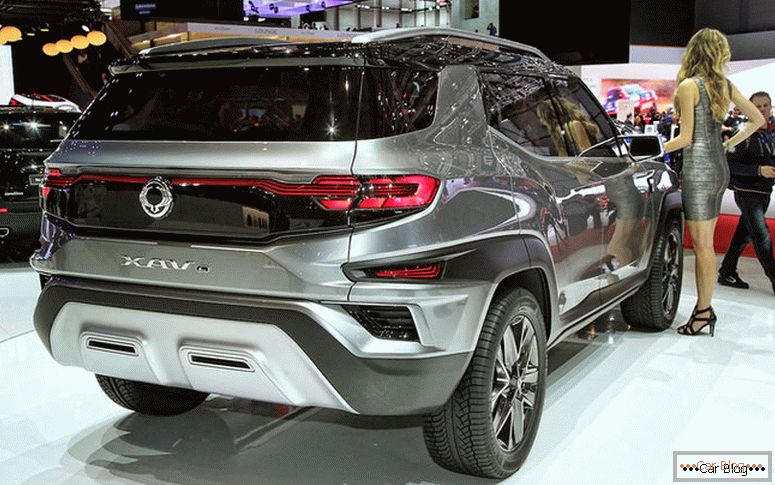 The electronic body kit is represented by a blind zone monitoring system, an assistant backward movement, which recognizes and warns of possible interference, the crossover is automatically decelerated in case of an emergency, switching to low and high beams and back automatically. The crossover will not fly out of the lane due to the system that controls the road markings and the movement of the vehicle within it. How much time will pass before the concept becomes a serial version is still unknown. Managers SsangYong on this subject remain silent.

At the end of 2016, the company SsangYong decided to return to the Russian car market, bringing the SsangYong Tivoli, SsangYong XLV and SsangYong Actyon crossovers for the Russians. 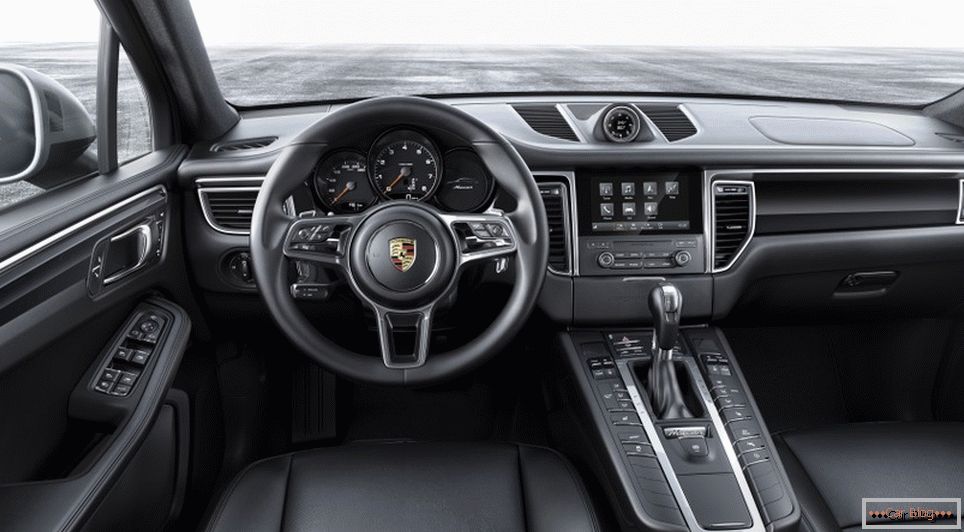 Germans will bring porsche macan to us in april 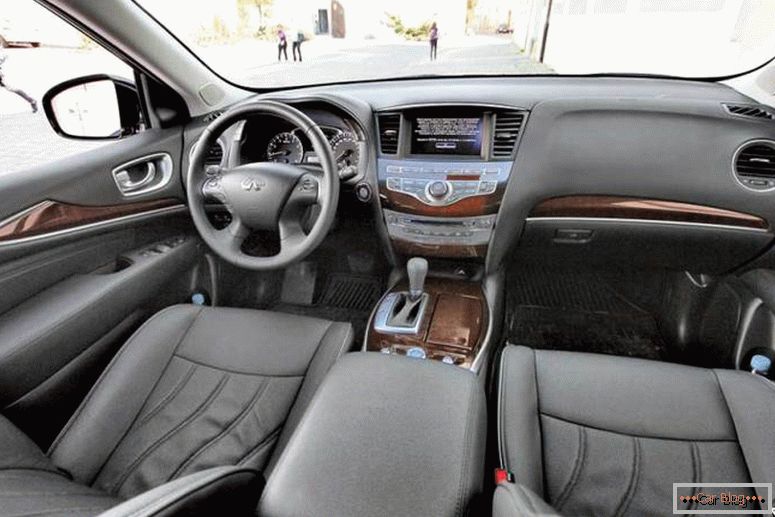 Rating of the most unusual cars in the world in different

We choose a varnish for the car among the huge range