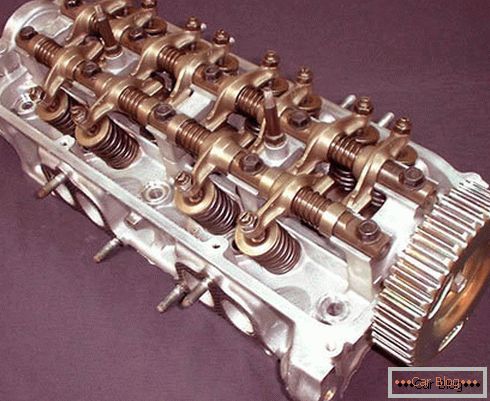 The timing device includes the following components: valves, valve drive, distribution shaft and camshaft drive. The valve supplying air to the cylinders consists of a rod and a plate.

Valves are located in the cylinder head, and the place where the valve is in contact with the cylinder head is called a saddle. Valves are intake and exhaust. The diameters of the plates of these valves are different. This is done to ensure a more complete filling of the cylinders.

The spring keeps the valve in the closed state, and pressing the rod in the open. The spring is fixed on the rod with the help of a plate. To avoid resonating oscillations on the valves, it is possible to install two springs with a lower stiffness coefficient and opposite winding. The vast majority of internal combustion engines have in their device a pair of exhaust and a pair of intake valves for each of the cylinders. 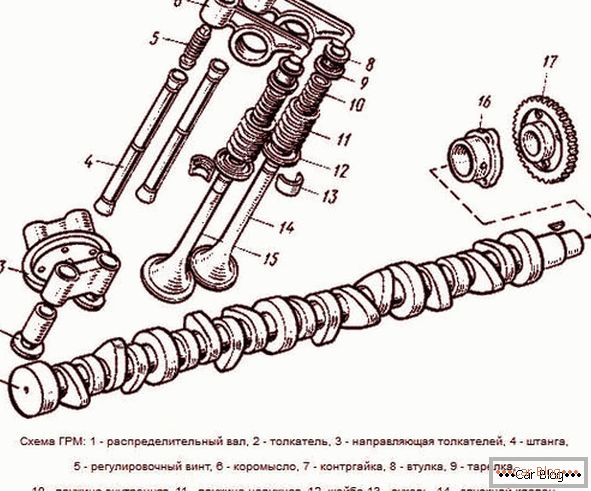 However, there is a gas distribution mechanism of the engine with three intake and two exhaust valves. The number of valves is directly proportional to the size and complexity of the engine.

The gas distribution mechanism opens the valve and ensures that the force is transferred to the valve from the distribution shaft. There are two main types of drives: roller levers and hydraulic pushers.

Roller arms are preferable because they have higher efficiency, since friction losses and relatively less weight are minimized.

Recommended article: How to repair a carburetor VAZ 2109

There are two options for the location of the shaft in the head of the block: single-shaft and two-shaft schemes. Preference is given to the second. In addition, in the V-shaped internal combustion engine is installed 4 shaft - a pair for each row. The camshaft operates on the actions of the crankshaft due to the drive that rotates at half the speed of the crankshaft.

Chain and belt drives are used in the timing with the same frequency. The timing belt is less reliable, and therefore less durable. However, the chain is heavier than the belt, and therefore requires additional tension. This is achieved by installing tension rollers and dampers that dampen vibrations. 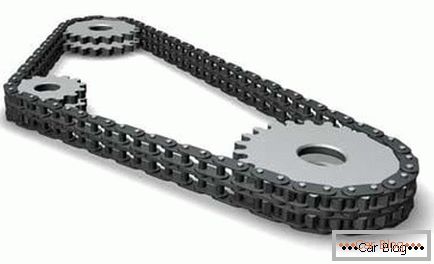 The chain of the distribution mechanism consists of a single-row and double-row roller chain. The gear chains interacting with special teeth are gaining popularity. In addition to the camshaft, a chain mechanism is used to drive the balance shafts and the oil pump.

The timing belt does not require lubrication, respectively, is installed on the pulleys openly. The protrusions on the inner surface of the belt engage with the teeth on the pulleys, which creates rotation. The elliptical gear used on TDI engines can also be used to reduce tractive effort, as well as reduce torsional vibrations of the distribution shaft.

Recommended article: New car up to 800,000 rubles: a review of several models 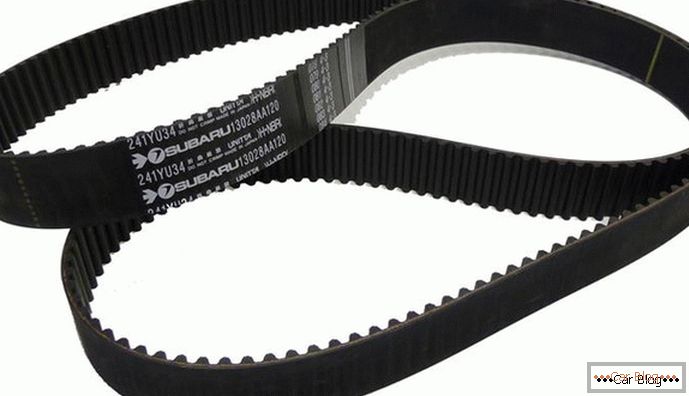 In addition to the camshaft, an oil and fuel pump and a coolant pump are actuated by a gear mechanism. It is also necessary to say that the timing belt has a limited resource - 100-150 thousand km. At VAZ 2106 resource will be even less.

But the video about the timing:

Simple trucking: choose a trailer for a car 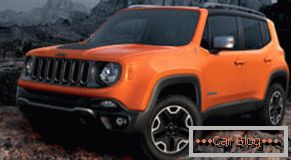 Gas installation on a car (hbo)