If a motorist decides to buy a crossover, but due to an insufficient amount of money, he cannot even afford a front-wheel drive Duster, he can pay attention to the products of the Togliatti plant. The Russian car industry has expanded the choice of its customers by deciding to increase the clearance from 2 models at once - Kalina and Largus. In the material below we will conduct a comparative analysis of such cars as Kalina Cross and Largus Cross, trying to choose the most optimal model for the Russian consumer. 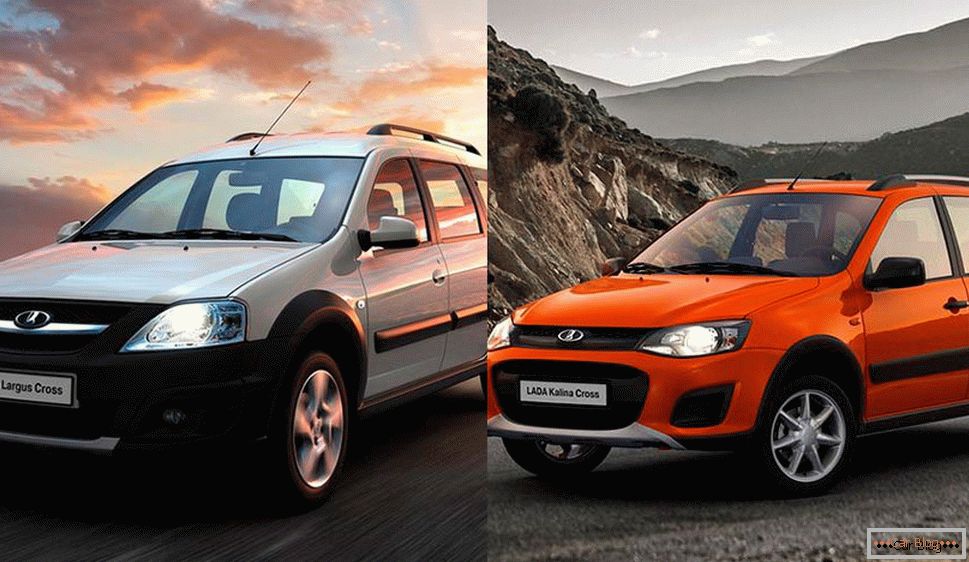 If you compare the appearance of vehicles, Kalina surpasses Largus in the brightness of the color solution. The base color of the model is bright orange, although a motorist, depending on his preferences, may choose a car painted in one of the nine suggested shades. True, the expanded palette for the body did not spread to the mood of the interior space. Most models come with orange accents in contrast with black panels. Most likely, in the near future it will be possible to order a finish in another color, for example, fire red or gray. 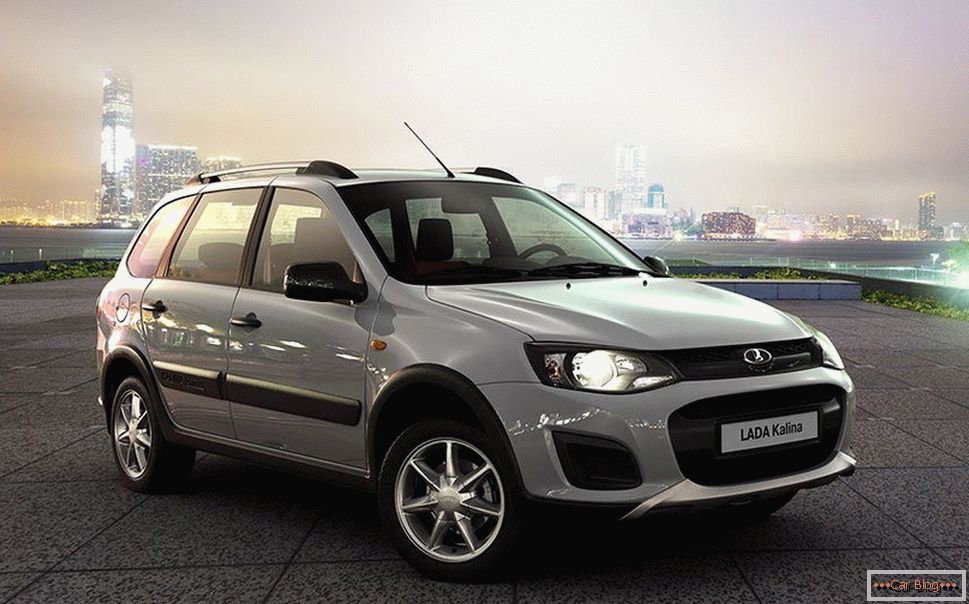 In the upgraded version of Kalina changed the profile of the driver's seat. Cross model has its own chairs, which have a unique frame and specific filling. According to experts, the seat came out elastic, however, before large cushion rollers could at first deliver discomfort to overall drivers. In the latest models, the rollers are slightly smaller. Among the complaints of users of Kalina Cross is worth noting the presence of the usual plastic anther, which was supposed to replace the steel crankcase, and the unpleasant brand noise of the transmission.

If we talk about the color solution Largus Cross, you should pay attention to the reddish trim. The color of this car is more relaxed, a pleasant design element can be called seat upholstery, which has the line "a la English plaid". This pleasant change allows you to compare the domestic car Largus Cross with Bentley (Cheshire unique car developers use standard patterns). True, all other details of the decor "ask" for the update, completely copying the interior of Logan 1st generation. 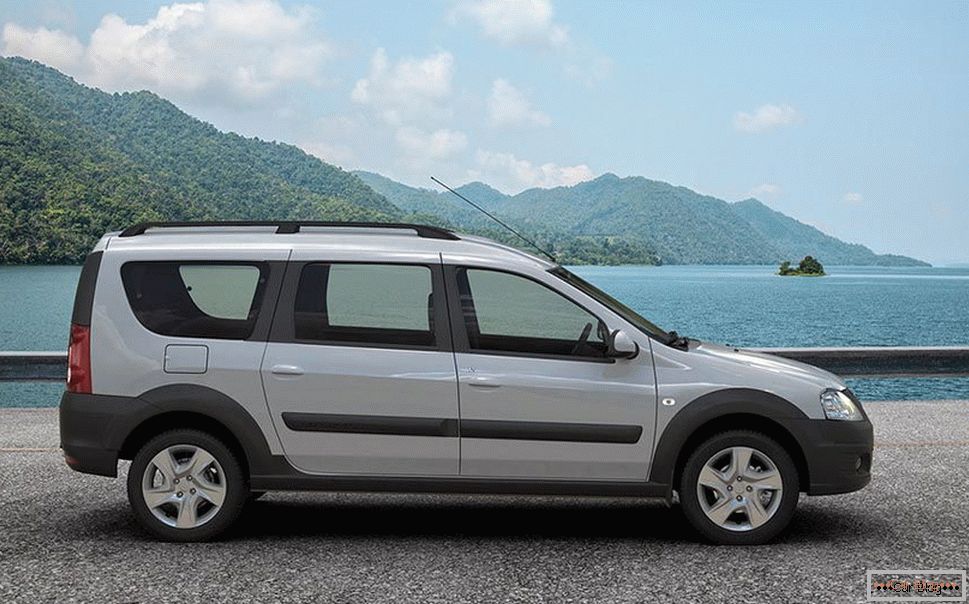 Comparison of Kalina Cross and Largus Cross regarding the color performance and interior in the first place put the car Kalina, which has a more fresh and attractive look.

If we continue the topic of disadvantages Largus Cross, it is worth noting its weak ergonomics. If you close your eyes to the horn button, located at the end of the steering column lever and the control buttons for the power windows, which are arranged in a chaotic manner, you will not be able to “forgive” the developers of the blind control of the stove, which became so due to the tilt of the console in the opposite direction. The stove switches (“twists”) deserve censures, as if they were deliberately hidden from the eyes of the driver. In the driver's seat with comfort can only be located motorist of short stature, due to the presence of a short cushion and low back. 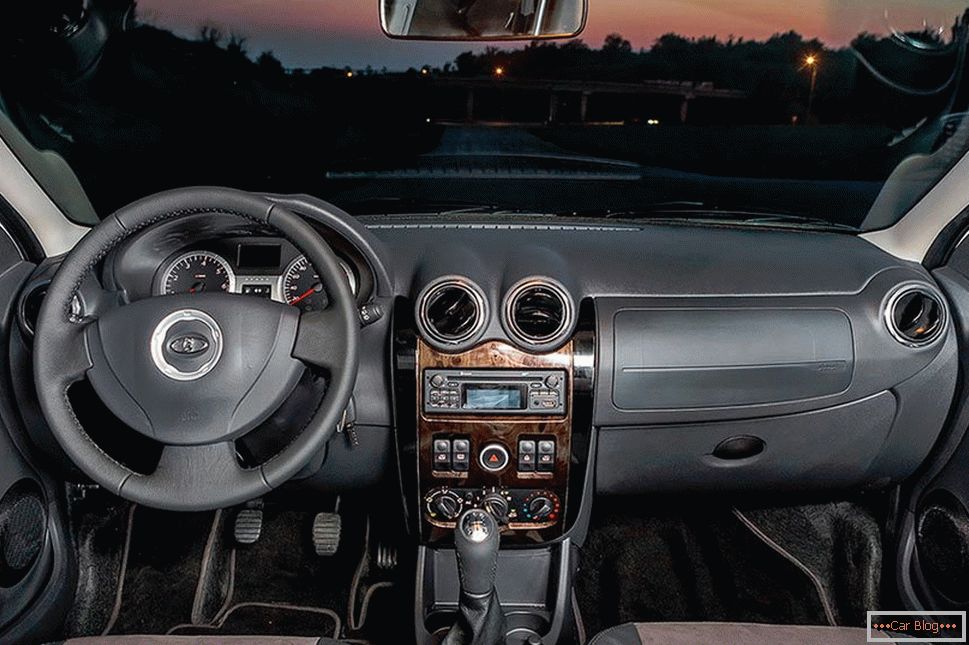 Comparison of Kalina Cross and Largus Cross becomes appropriate when it comes to the passenger and cargo capabilities of the last car. As practice shows, this machine can do almost anything. A motorist can open the tailgate 180 degrees. In the cargo compartment can accommodate 560 liters. At the same time, the folded rear seats of the second row increase the volume to 2.5 cubes. In addition, if desired, a crossover

adom.ru Largus Cross can become a 7-seater vehicle, which, in turn, gives a lot of opportunities. 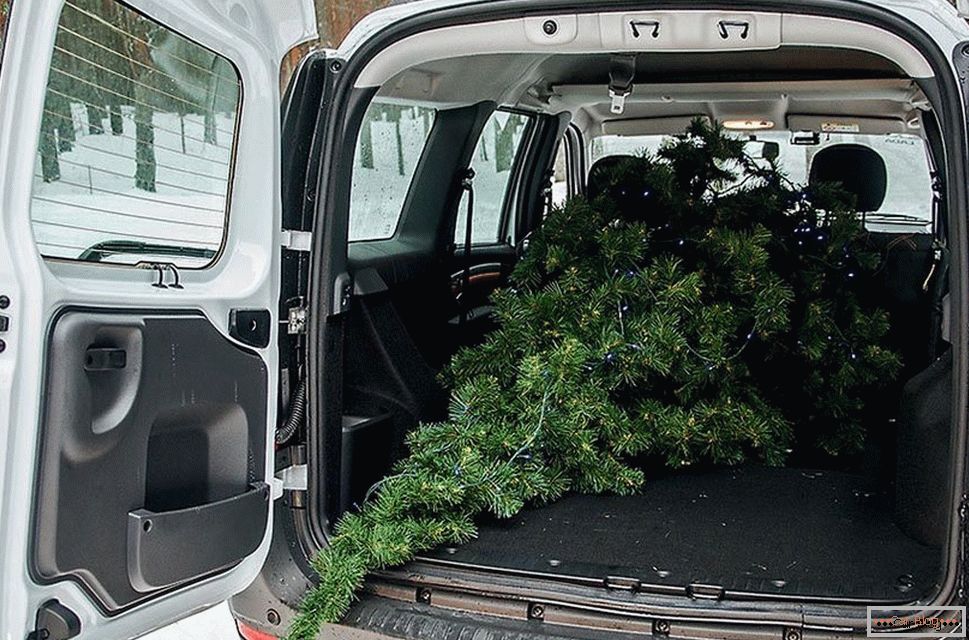 Appearance Kalina becomes not so presentable when it comes to the capacity of the luggage department. This car is able to fit only 366 liters, at the same time about how to put the third row of seats, even speech can not go. The car salon, although it has unique “gadgets”, does not provide for a mezzanine, which should have been above the heads of the front passengers. If you wish to fold the second row of seats, a motorist may encounter certain difficulties, because you have to dismantle the head restraint clips, remove the cushions and push the front seats as hard as possible. Largus, in turn, does not require such an effort from the car owner, the transformation is quite simple, the chairs can be decomposed as quickly as possible, without resorting to additional exercises.

Comparing Kalina Cross and Largus Cross showed that both cars cannot become strong off-road opponents, these vehicles are practically “not friendly” with mud. Kalina Cross and Largus Cross are monoprivodal station wagon, which have slightly increased ground clearance. Of course, the designers have worked to change the “geometry” of the chassis, the machines have gained an overall wheelbase. Largus has a clearance of 21 cm and Kalina is 18 cm.

If we talk about a complete set of machines, it should be noted features Kalina, which ride on uneven country roads better. The base of Kalina Cross is somewhat smaller, as are its overhangs. 8-valve car engine, its volume is 1.6 l., With recoil 87 l. with. All this allows you to drive on smooth asphalt with pleasure. If the motorist still decides to overcome various obstacles, it should be done with the mind, vnatyag. Pass the easy off-road will help the main gear, as well as torque. When driving smoothly, the driver must control the machine so that the clutch does not burn, and the power unit does not twist.

Domestic Largus needs a completely different attitude. This car is worth the drive, give him the opportunity to frolic, otherwise it will simply not be possible to pass off-road. With main gear 4.2, the maximum threshold of the power unit for 16 valves has a capacity of 105 liters. with. When driving at low revs, the motor may cease to operate, and with an active impact on the gas pedal, the wheels will very quickly enter wet ground. Soon the car will find a completely new engine with a volume of 1.8 liters. and a return of 132 liters. with. Estimated updated Largus will be a version of the wagon.

When driving on a smooth asphalt Largus behaves the most stable. The car needs a short transfer, it is very effective outside the city limits. Outside the city, a car can pick up speed of over 100 km. / H, while driving pleasure will be extremely small, the speed will exceed 3,500, the engine will grumble, and sixth gear will not be enough. On top of that, you can turn on the “shortened” gearbox, which does not help save gasoline.

Speaking about the possibilities of Kalina, it is worth noting her relatively modest characteristics. Of course, cars with a return of 87 liters. with. slightly weaker than its opponent, which has 105 liters under the hood. with. 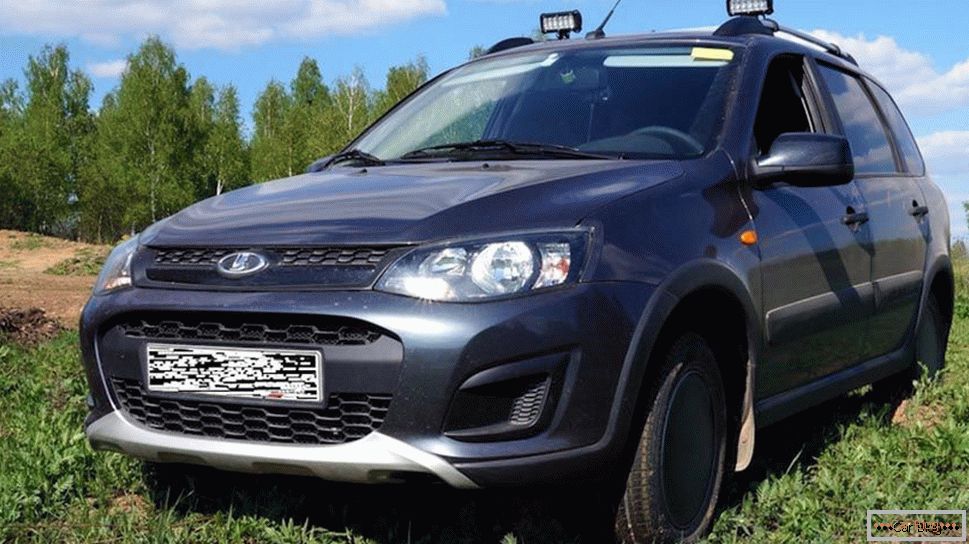 If a motorist wants to understand which model is preferable, he can try to drive on Kalina Cross. While the vehicle is driving through the city, the car owner will experience exceptionally pleasure, everyone will be pleased to ride a crossover that picks up speed at 100 km / h. in just 10.8 seconds Off-road immediately points to the developers' flaws, Lada with a return of 106 liters. with. will suffer from a lack of momentum on the "bottoms", which recalls the possibilities of Largus. If a motorist is faced with a choice of engine for his Kalina, for driving around the city, you need a model with a return of 106 liters. with., and for driving through the villages - 87 l. with.

Due to the peculiarities of the Russian roads, the comparison of Kalina Cross and Largus Cross with respect to the dynamics becomes expedient due to a stronger suspension. Both cars, which have increased ground clearance, finish almost simultaneously. If the cars “go” on the complete lack of roads, without “peering” into the pits and notches on the road, the Kalina and Largus of the original production, which do not have the Cross prefix, can overcome the path more gently. As for the new models presented by the developer, the increased clearance had a negative impact on the rebounding of the suspension. At the same time, there was no impact on handling.

What model to prefer?

Comparative analysis of Kalina Cross and Largus Cross made it clear that the first car can be called almost ideal for a young family. Experts came to this conclusion due to the relative budget of the model and a bright appearance. As for Largus, this is a car that will be more suitable for summer residents and large families. This vehicle is more capacious.

To say unequivocally that any particular model is much superior to its rival, it is impossible. Both cars have unique properties and characteristics, while having a considerable number of significant drawbacks. If you choose a car with respect to its “cross-country vehicle”, it is worth noting that Togliatti crossovers on strong off-road will be equally powerless. Cars do not have interlock wheels.

If a motorist doubts crept in on whether it is worth buying Kalina Cross or Largus Cross, you can definitely answer that these cars are worth it. Higher ground clearance and body kit, made of simple plastic - not superfluous parameters. Of the advantages of Togliatti crossovers, it is worth noting their high-quality tires, the Kalina is equipped with Pirelli tires, and the Largus - Continental. Noteworthy and the finish of both cars, uplifting their owner. The increased clearance of VAZ models will be relatively inexpensive, the improved model costs only 30 thousand more.

Does it make a difference?

Some motorists consider the best model of the car, which is a bit more expensive. Largus Cross, which has a power unit with a return of 105 liters. with. and manual transmission, for which you have to pay 669,000 rubles. For a 7-seater model, you need to pay about 30 thousand rubles. Is it a lot or a little, considering that there are a lot of people willing to buy a crossover? Buyers line up to become owners of such machines. Price Kalina Cross is much nicer, it starts with 495,800 rubles. The robotic version of the transmission and the powerful engine of the raised station wagon will add about 20 thousand rubles to the price.

Speaking about the price range of cars and their characteristics, it is worth noting that in the world there are several models that can be alternatives. First of all, it is worth noting Renault Sandero Stepway with a return of 82 liters. with., where each additional element will require investments, as well as the basic version of Lifan X50, which, with a relatively pleasant configuration has a considerable price. Of course, it is much more expedient to report a little and buy a full-fledged Duster, however, even in the basic version its price “bites” somewhat, not to mention the real price of a more equipped option. The most budget option of this class is Chevrolet Niva. 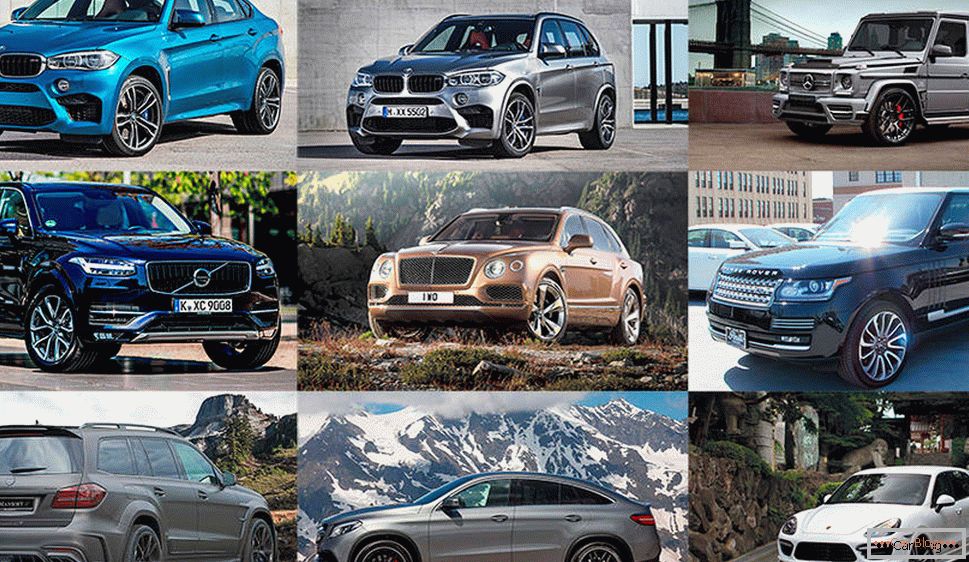 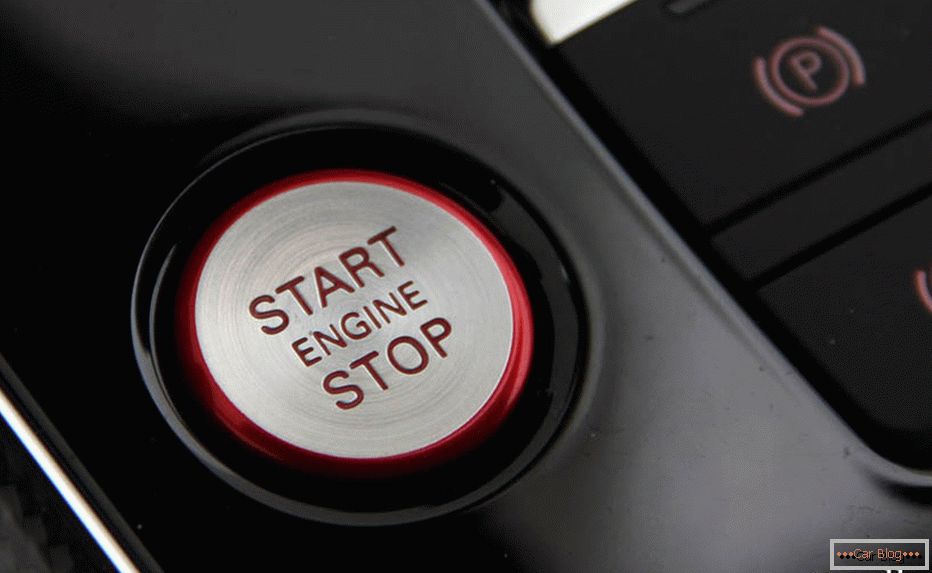 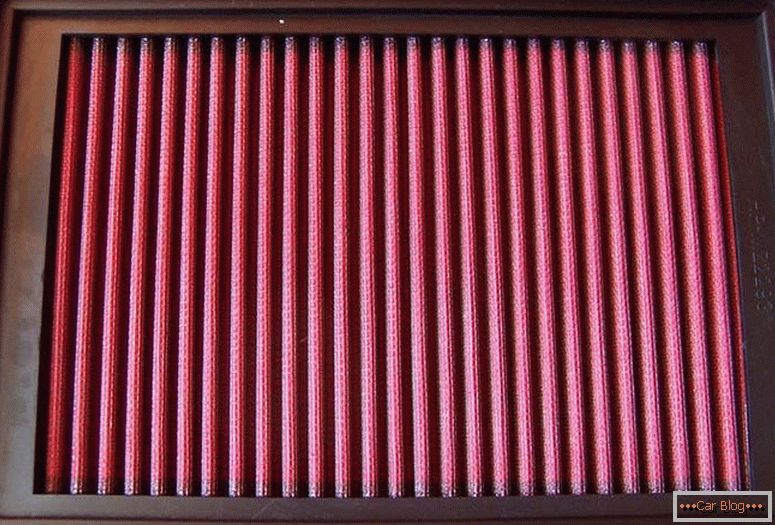 Truckers are forced to haul chains