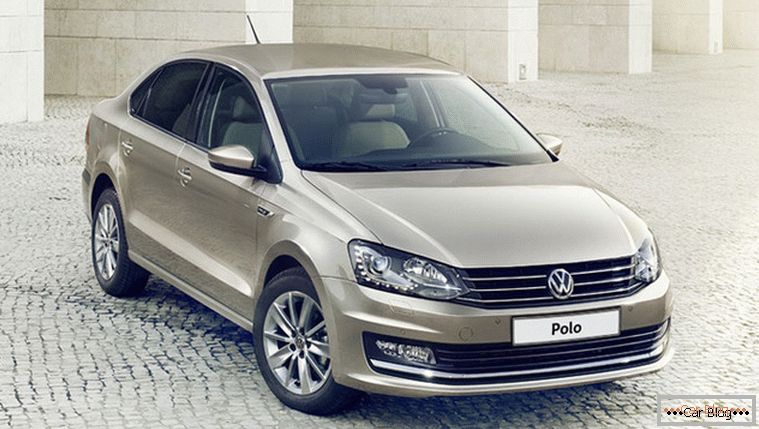 In the middle of the summer of 2015, the updated Volkswagen Polo in a sedan body entered the Russian markets. This car has already become the flagship and one of the best-selling cars on the market, and the update only added to its popularity.

Restyling touched the interior and exterior of the car. In addition, many updates and technical solutions have been added. Volkswagen Polo buyers can choose a lot of different functions and customize the car exclusively for themselves. It should be noted that for the domestic market, cars are produced at a factory in the city of Kaluga. Immediately after the restyling, the plant began production of updated Polo models. 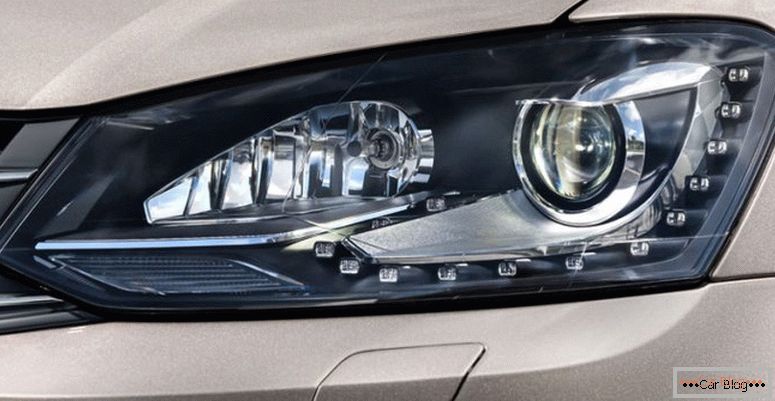 The perfect car for the Russian market

The German company, even before the release of the Volkswagen Polo in the sedan, stated that it was preparing the car exclusively for the Russian market. Already in 2010, Russian motorists saw the new Volkswagen Polo and got the opportunity to buy it.

Volkswagen Polo sedan is the perfect car for the Russian market. It has excellent permeability, is resistant to the changeable harsh climate of the country and, most importantly, behaves very balanced and “Exactly” on a bad road surface. The body of the Polo is resistant to corrosion, the engine is quite powerful and quite unpretentious. In addition, the Russian motorist will also like the price of a car. Despite its modern equipment and modern appearance, the price of the Volkswagen Polo is very pleasant. 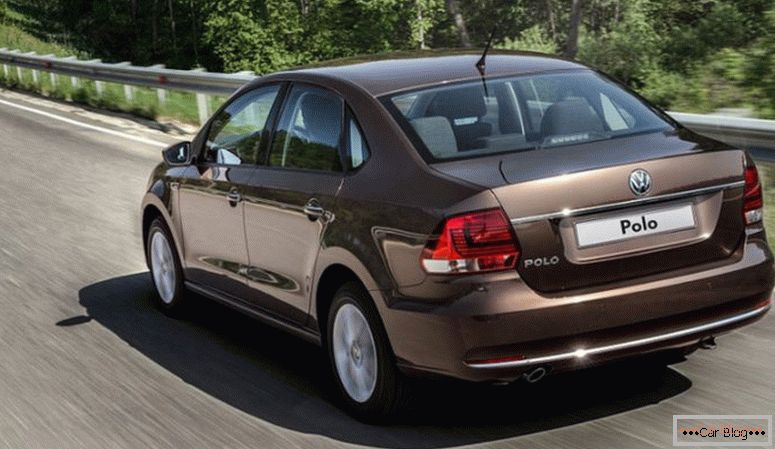 Whatever it was, despite the fact that the machine was designed specifically for the Russian conditions of operation, it gained popularity in many countries around the world.

At first glance, the silhouette of the updated Volkswagen Polo sedan almost did not suffer changes. However, looking closer you can see more aggressiveness, modernity and ergonomics. The Germans added bump relief, changed the shape of the bumpers and grille. In addition, Volkswagen optics has been completely redone. The headlights and taillights completely changed their appearance and became more modern and stylish. 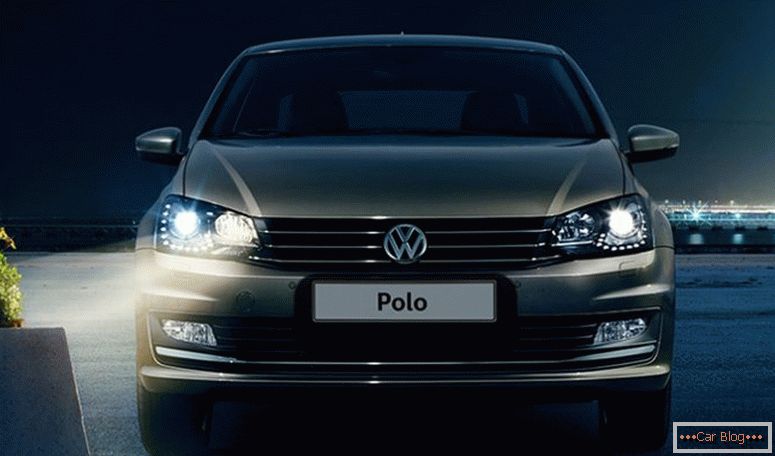 There was another opportunity to buy a car not with 14, but with 15 inch alloy wheels. This purchase is available only in the maximum version of the Volkswagen Polo sedan. The updated drives on this version are more aggressive and attractive.

Experts noted that the updated version of the Polo car has become more similar to the Passat. It really is. Borrowing some elements of the body from the Passat, the German designers managed to make the VW Polo sedan more restrained, adult and respectable. 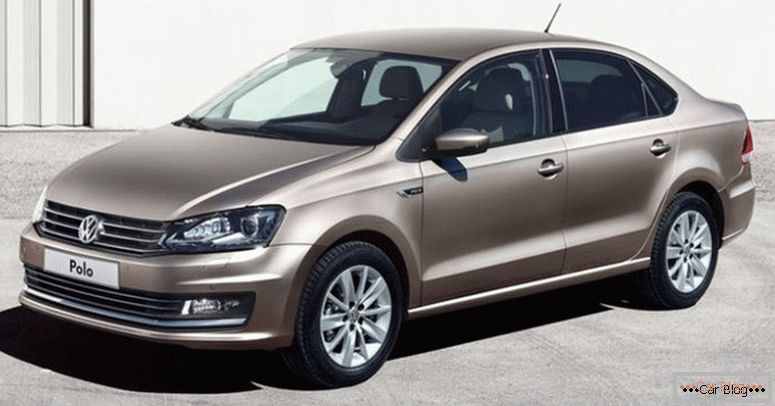 As for the rest, there are no more changes to the exterior of the Volkswagen Polo. The volume of the trunk, dimensions, ground clearance remained unchanged.

Changing the interior and interior of the car

The interior of the car was altered not much, but the main changes are immediately evident. The first thing to note is the modified steering wheel. The rim now has three knitting needles and is more "stuffed" by the controls. As stated by the manufacturers of Volkswagen Polo, the updated steering wheel is much more convenient and better than the previous one. Using it is much easier to drive your car. 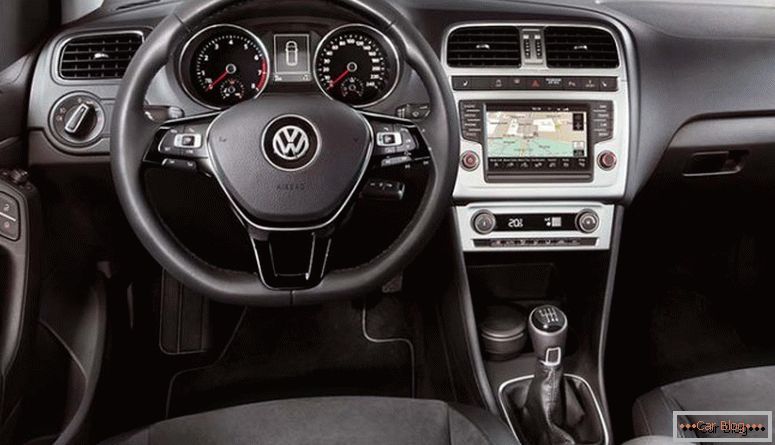 The center console itself has changed. Its appearance has changed a bit and now, the most expensive version uses a chrome bezel. In addition, in the standard set of console added a lot of features that were previously installed solely for a fee. 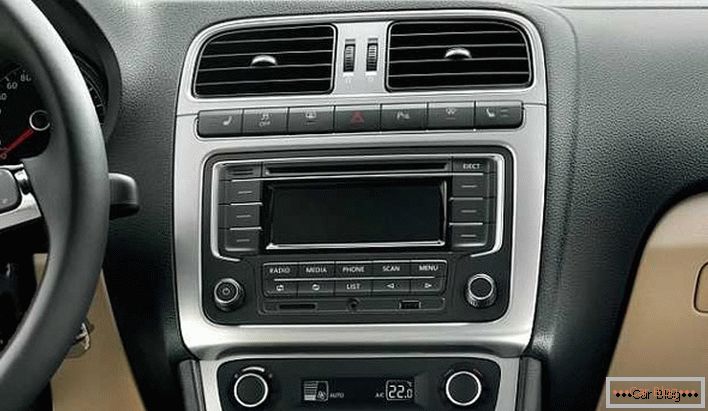 Added several variations of upholstery. There are new colors and fabrics. Otherwise, there is no change. Salon Volkswagen Polo remained comfortable, ergonomic and understandable for the driver. There is nothing superfluous and the same good visibility that was present on previous Polo models remained. 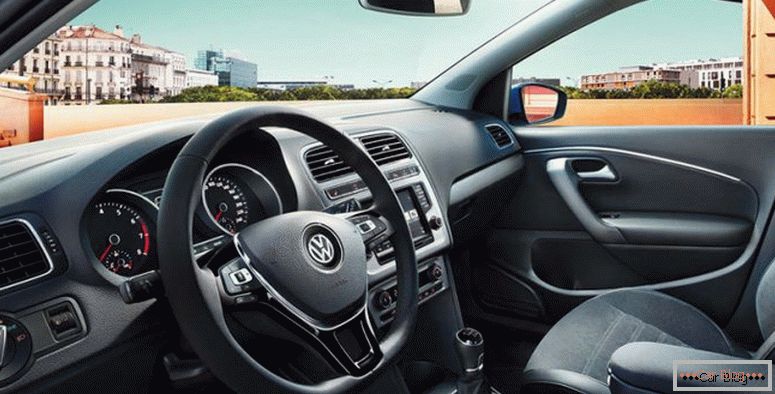 Disadvantages that appeared when updating the cabin: 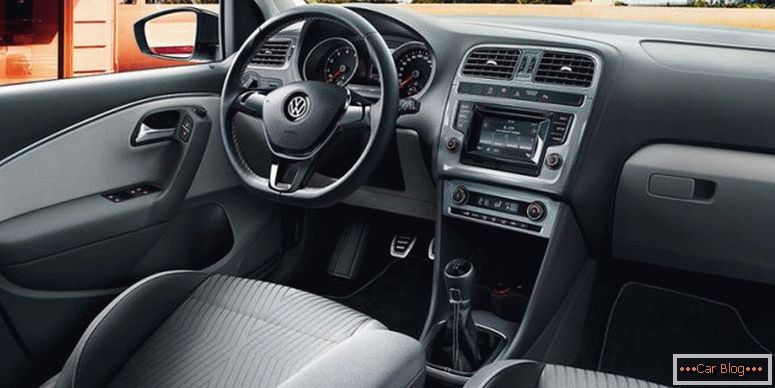 Anyway, it is impossible to judge strictly about these shortcomings. The fact is that the update developers had to improve the car and make it so that it would not become very expensive. That is, leave it low cost and affordable cars. The Germans understood that using expensive materials, the car would not be affordable for ordinary people in the Russian market. It should be noted that the motorists themselves were satisfied with the update of the Volkswagen Polo.

In the engine and gearbox Volkswagen Polo no changes. According to these parameters, the car is fully consistent with the previous model. At choice, as before, two motors are provided. Both have a volume of 1.6 liters, but one has a power of 85 horsepower, and the other 105. 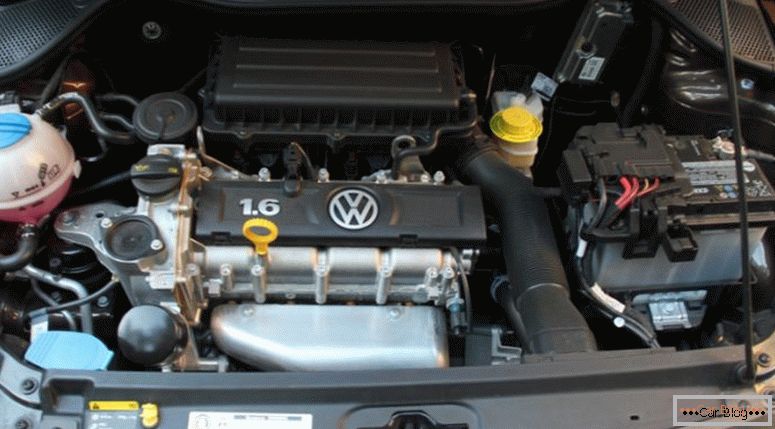 The 85 horsepower engine is controlled by a manual gearbox with 5 gears. Acceleration to 100 kilometers per hour with this engine is 11.9 seconds. The unit is quite economical and in the mixed mode consumes 6.4 liters of fuel.

A more powerful engine in the Volkswagen Polo, is forced and is more frisky in acceleration. Under it can be installed as a 5-speed manual, and 6-speed automatic. If a manual gearbox is installed, the car will accelerate to the 100 km per hour mark in 10.5 seconds. Automatic transmission will allow a similar acceleration in 12.1 seconds. The combined engine consumes 7 liters of fuel per 100 km of the road in mixed mode. 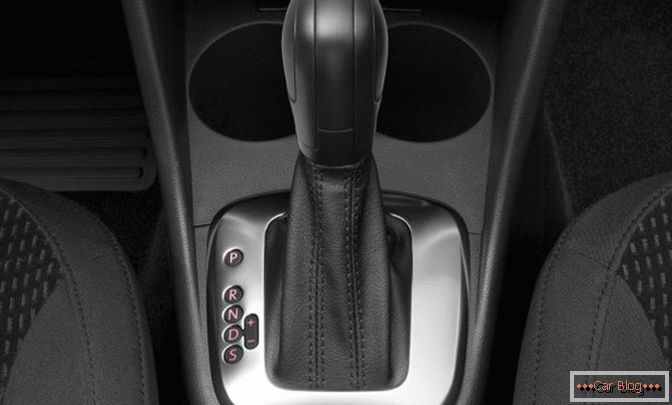 Despite the fact that the new Volkswagen Polo is very modern and has a number of good features, it can be purchased in the minimum configuration for just 545 thousand rubles.

In fact, the equipment is identical to the minimum. However, in this case the car is also equipped with a good Trendline air conditioner. If you do not install additional options, then this equipment will cost the buyer 579 thousand rubles.

This equipment Volkswagen Polo is filled with many different add-ons. Powerful headlights, heated seats, a modern sound system with excellent sound, 15 inch steel wheels and much more are installed. In addition, you can choose the option of painting cars (mother of pearl or metallic). The engine and transmission are the same as on cheaper trim levels. Official dealers of Volkswagen, in the domestic market sell such an assembly for 620 thousand rubles.

This is the most expensive equipment Polo, which fills the car with modern solutions and functions. The powerful engine on 105 horsepowers is established on the car. There is a choice of car painting and interior decoration. Used when finishing a lot of chrome plating. Auto boasts a modern climate control system. In addition to all this, disc brakes are also installed, which wear out significantly longer and work more efficiently than conventional drum brakes.

Buy Volkswagen Polo in this configuration can be for 725 thousand.

It is worth noting that the price of Volkswagen Polo sedan in 2017 may not be relevant. The fact is that it depends on the foreign exchange rate. The price today can be changed with the release of updates in the trim levels. 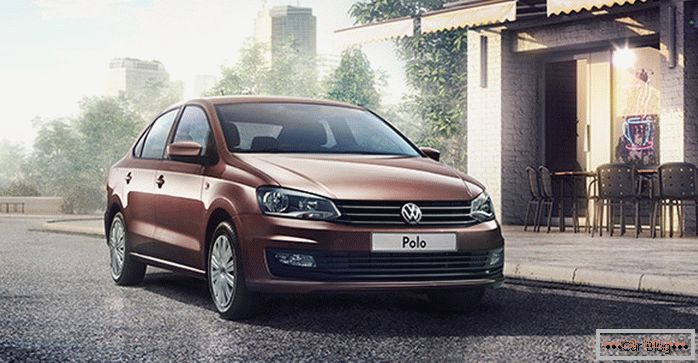 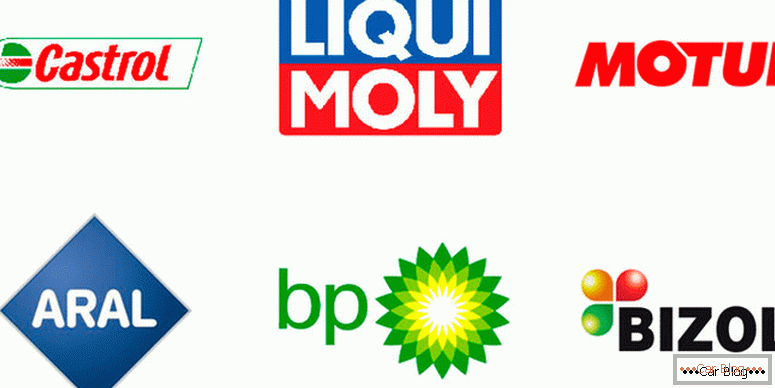 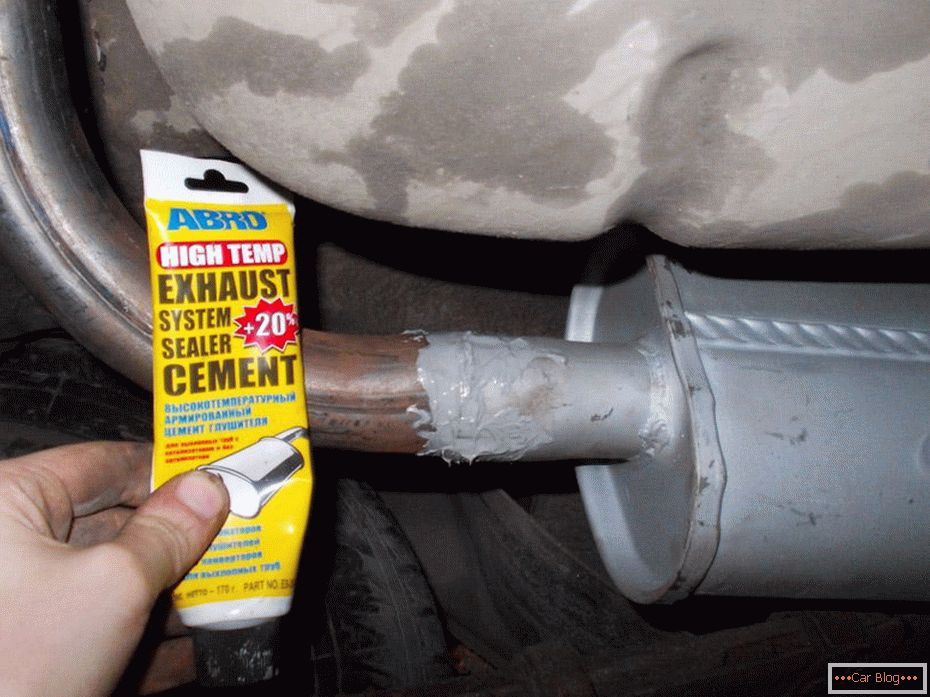 The best sealant for the repair of the muffler and exhaust