The new style of Toyota has come to taste in Asian countries, as well as in Europe and the USA - thanks to this, the updated Corolla has gained very great popularity. For the same sketches created and the model Avensis, which is large and restrained elegance. Disputes about the appearance here will be superfluous, so you should find out which sedan offers more comfort for its passengers - the Avensis or Corolla. In addition, it will be interesting to find out which of the Toyota cars equipped with engines of the same volume has the best dynamics. 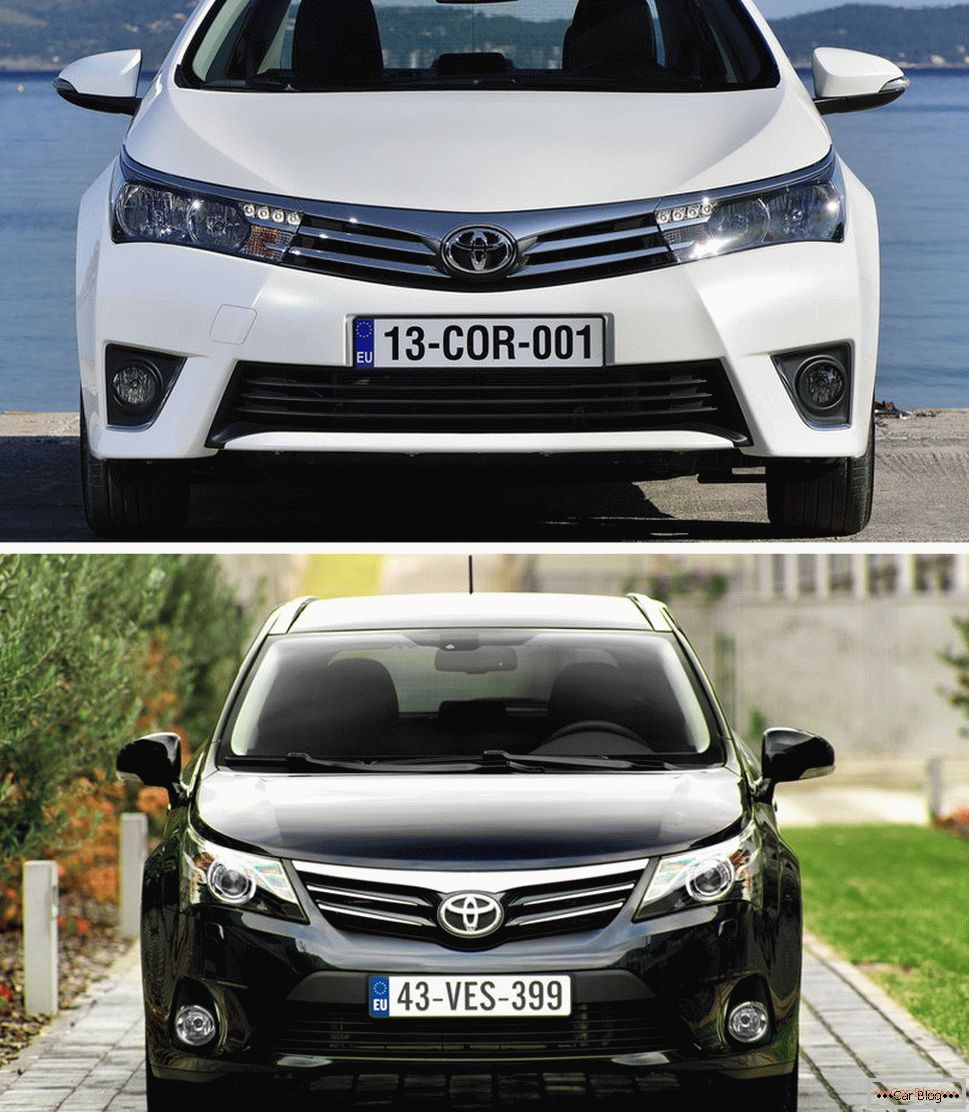 When landing in the Toyota Corolla immediately rejoice seats with a well-developed profile, reliably holding the driver when making any maneuvers. In addition, you do not have to complain about ergonomics, since all the keys and switches in the Corolla are at hand and available at any second. The large Toyota Corolla three-spoke steering wheel, which seems heavy in the first moments, is in fact very convenient and allows you to drive, regardless of small interferences like bumps from bumps responding with dull blows in the cabin. The Toyota gearshift lever is a little tight in the grooves, however, the gears are very clear, and the distances between the steps are large enough to prevent mistakes. In the maximum configuration, the Toyota Corolla is equipped with a large touch display of the multimedia system and other expensive electronics, but the impression of cheapness is retained due to the small height of the front panel and simple finishing materials.

The rear sofa of the compact Toyota sedan can be called one of the best in the compact class. Here three adults of medium height can fit freely, although they still have a “sense of shoulder”. However, neither on the stock of height above the head, nor on the distance to the front row of seats Toyota Corolla does not upset its passengers. The trunk volume, equal to 452 liters, cannot be called a record, but the Corolla is ahead of many of its competitors in terms of ease of use of the cargo hold. The loading height in Toyota is small, and inside there are no strongly protruding wheel arches or low overhanging loops. 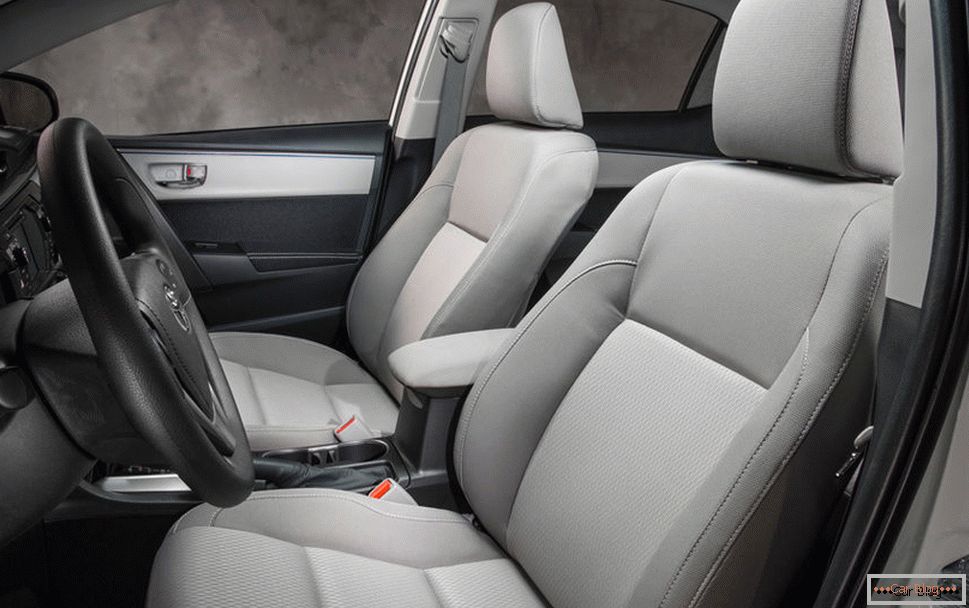 If we consider the Corolla or Avensis, it is worthwhile to say in advance that a larger sedan has a fairly high cost, which is the reason for the high quality of its interior design. The high front panel of the Toyota Avensis looks solid, and the silver plastic of the center console is pleasant to the touch and highlights the visual main controls, allowing you to instantly find the right key. But the large dials of the Avensis dashboard with soft backlight and large digitization look especially beautiful. The Toyota Avensis package also exceeds all expectations - in the maximum version you can find seven airbags, a multimedia system with a touchscreen display and a standard navigation system, as well as dual-zone climate control.

The front seats of the mid-size Toyota sedan are pleased with perforated leather upholstery, which reliably holds the person, but they are grieving at the lack of high backs, forcing the driver to be constantly under stress. Back in the Avensis is even more spacious than in the Toyota Corolla, but the increase in space above the head is not too large. Three adults will feel comfortable here, but tall people will suffer from contact with the ceiling on large irregularities. The trunk of the Toyota Avensis with its volume equal to 509 liters is also difficult to attribute to the record, but in terms of ease of use it is not inferior to the smaller model that participates in comparison. Cargo space Avensis pleases the correct form and soft upholstery, allowing you to carry valuable sensitive items. 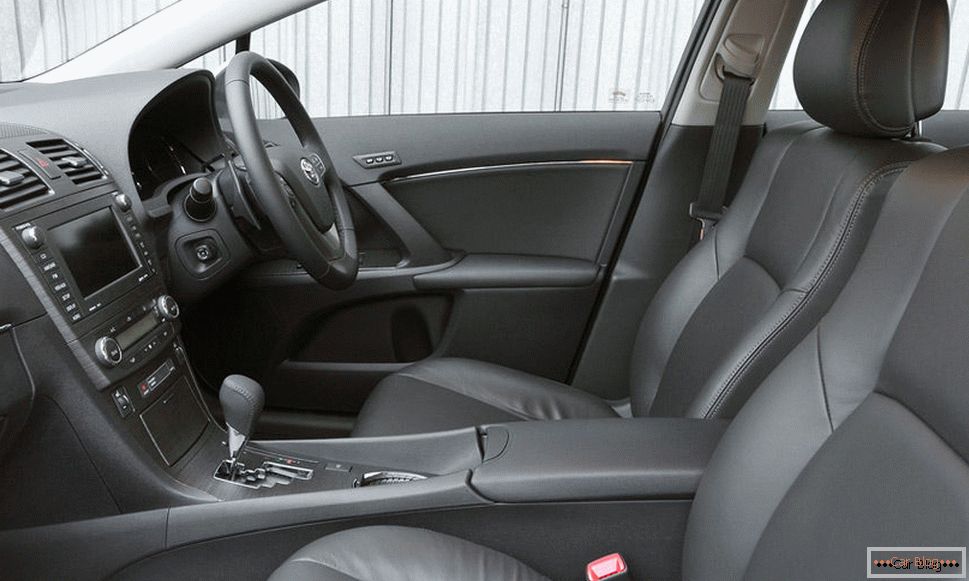 In terms of its technical characteristics, the Toyota Corolla is far superior to its competitors, second only to such recognized leaders as the Mazda 3 and the Ford Focus. However, the acceleration of the Corolla cannot be called particularly stormy - at low and medium revs the motor creates powerful traction, but after a mark of 4500 rpm the dynamics become sluggish and uncertain. It is pretty early to switch to the next step, with the result that Toyota Corolla loses valuable time. If you do not play in the Formula 1 pilot, then the Corolla can satisfy the needs of the average driver thanks to the “short” gears of the six-speed transmission and confident movement at low revs. Fuel consumption is relatively small, although with abrupt starts from traffic lights in the city, the indicator can come close to 9 l / 100 km.

The larger Toyota Avensis is equipped with a similar engine, although it develops 10 more horsepower - so it will be very interesting to find out which is better - it or the compact Corolla. Toyota would like to thank the engineers for the work done - a rather big sedan is accelerating quite quickly from the minimum speed and in no way inferior to the smaller model. However, the problem with the lack of traction at high speeds remained the same, although it is felt not so acutely. In addition, due to the stretched gear five-speed "mechanics" Toyota Avensis requires a lot of time to commit overtaking on the track, forcing the driver to be nervous. But fuel consumption does not exceed the indicator of light Toyota Corolla and varies in the range of 6–8 liters depending on the mode of movement.

A small Toyota Corolla is positioned as a family car - thanks to this it is equipped with a fairly soft suspension, providing comfort even when passing large irregularities. On a bad road, the Corolla’s behavior can be described as exemplary due to the absence of strong shocks and jolts. However, it is felt that the company Toyota has saved on noise insulation, because from under the bottom there are unpleasant sounds that distract the driver from driving. But the very first drive along a broken country road makes us reconcile with this feature - the car retains perfect directional stability and perfectly obeys the steering wheel.

But everything is known in comparison - on the good asphalt of the long-distance highway Toyota Corolla is already felt as too soft. Reactions to the steering of Toyota are slowed down, and rolls in sharp turns make it slow down and give way to cars with uncompromising tuning of the chassis. Although, it is necessary to pay tribute, when passing small irregularities and strong side wind, the Corolla does not lose its course and does not make the driver nervous, feeling the steering shake in his hands.

When choosing Avensis or Corolla, it should be borne in mind that the larger Toyota sedan is designed more for young active people than practical family men. Its suspension has stiffer settings, which makes Avensis bounce slightly on especially large pits or bumps in the road surface. However, there is no question of leaving the chosen direction or jerking the steering wheel - Toyota engineers were able to select truly ideal characteristics. On the soundproofing Toyota Avensis also should not complain, because the cabin does not penetrate any sounds and unpleasant vibrations.

When leaving for quality coverage, the behavior of the Avensis begins to delight the driver more and more - the car picks up speed, maintaining excellent stability. Limits the dynamics of only a weak engine - lovers of high-speed driving should order a car with a two-liter diesel or petrol unit, ideally corresponding to the chassis parameters. Toyota sedan does not allow rolls in corners and does not change the trajectory when passing joints in the road surface. Even long waves on asphalt do not make Avensis bounce, which makes it possible to call the car's handling one of the best in its class.

Despite the apparent proximity and even the use of common technical solutions, there is a real gulf between Avensis and Corolla. Mid-size sedan is ahead of the younger model in a variety of parameters, including:

The only advantage of the Toyota Corolla is comfort on a bad road, where it can give odds to many of its competitors. In addition, we must not forget about the cost of the car, which is available to many motorists - in times of crisis, it is very important. But if the money issue is not the main factor of choice, then Toyota Avensis, which is a real modern car, is preferable: dynamic, economical to maintain, safe and comfortable to drive. 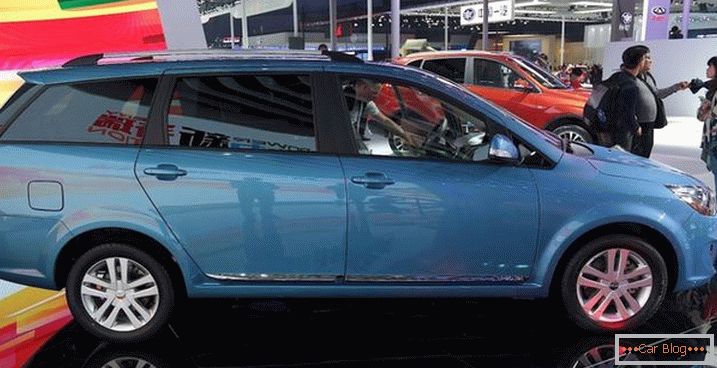 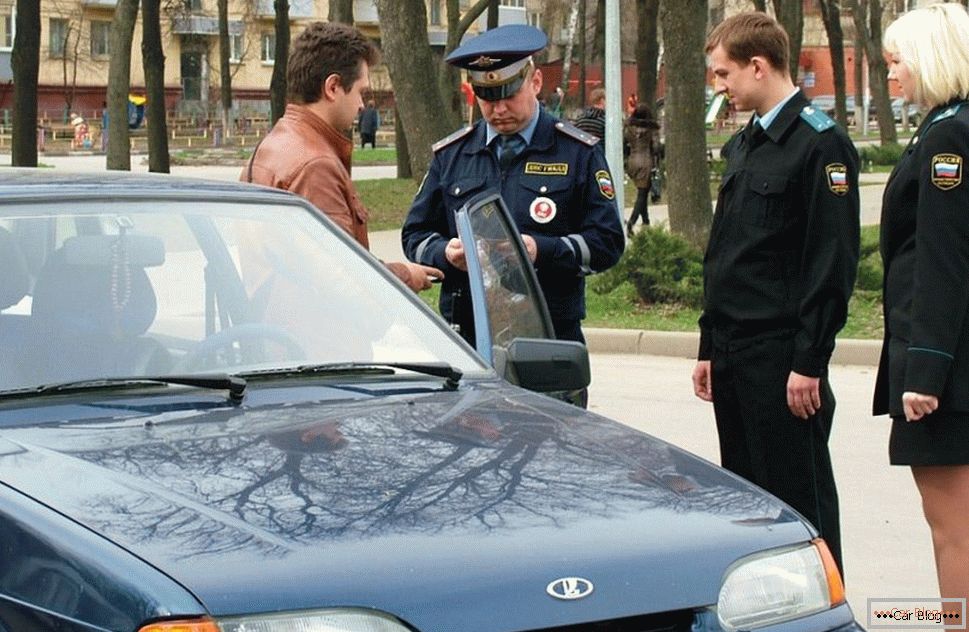 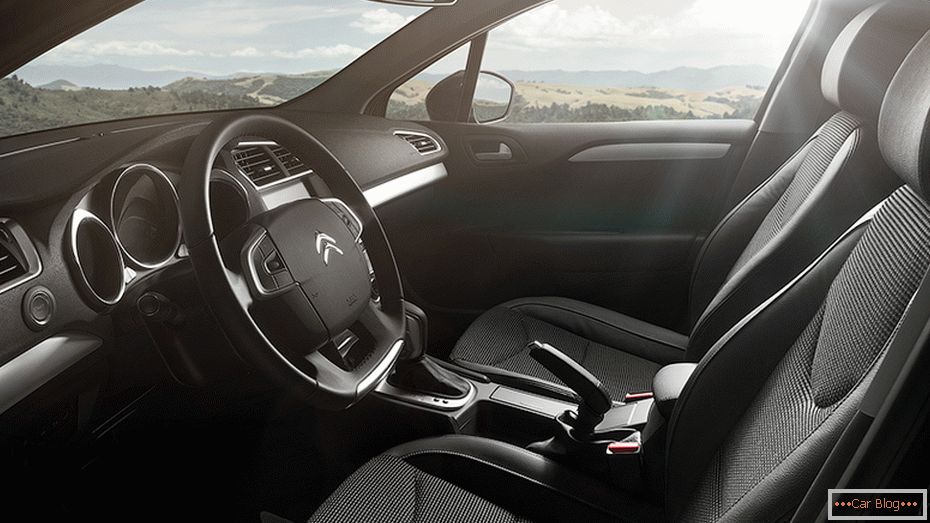 How to replace the timing belt