The germans showed their volkswagen atlas also in los 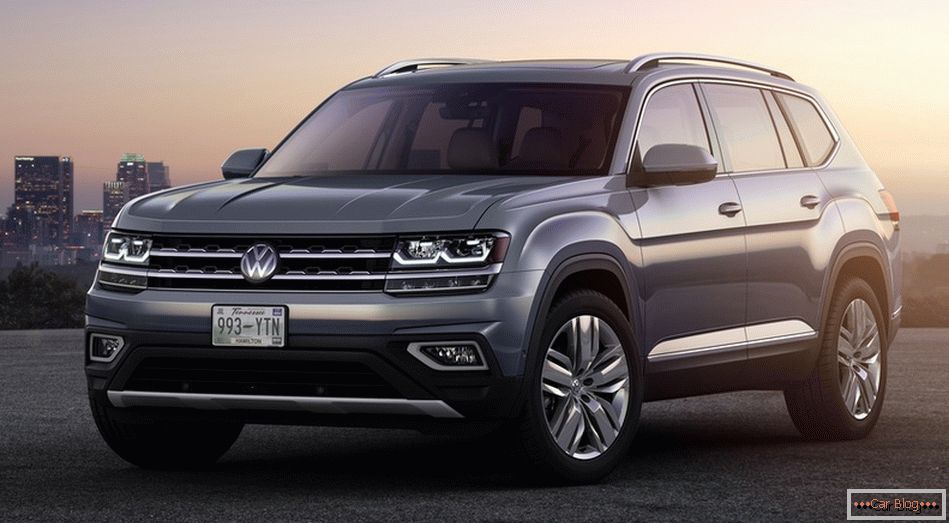 The Germans seemed to like to officially present their new seven-seater crossover: only a month passed since the model was shown with fanfare at the Santa Monica auto show, and now it has been shown in all its glory at the Los Angeles motor show. Twice presented to the world community Volkswagen Atlas will be sold primarily in the American car market. Will receive it, but a little later and dealerships in the Middle Kingdom, the Middle Eastern countries and, of course, in Russia. We already wrote that the seven-seater crossover will arrive to us closer to the end of 2017. will appear by the end of next year. The Russian version of the crossover will have a different name. For a long time, the interested automobile community thought that the cross would be called Teramont only, then the Germans said that it was not the Teramont at all, but somehow differently, but today it is already known that the novelty will go to the Chinese and Russians under the name Volkswagen Teramont. The Germans just stopped flirting and decided. 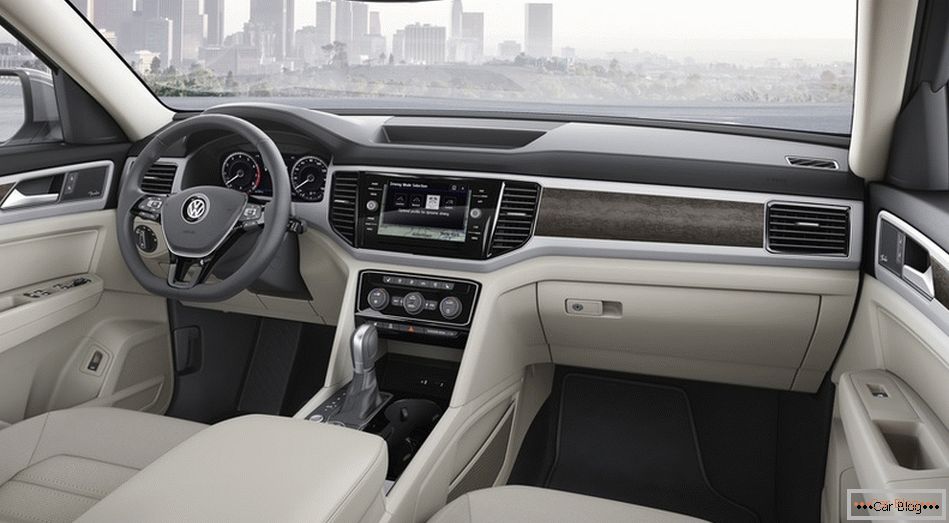 When looking at Volkswagen Atlas connoisseurs will immediately say that it is copied from the CrossBlue conceptual model of the crossover, announced by the Germans three years ago, or, to be more precise, not drawn, but is its direct heir. The seven-seater coupe is based on the modular platform MQB. The length, width and height are respectively 5 m 37 cm, 1 m 97.9 cm, 1 m 76.8 cm. 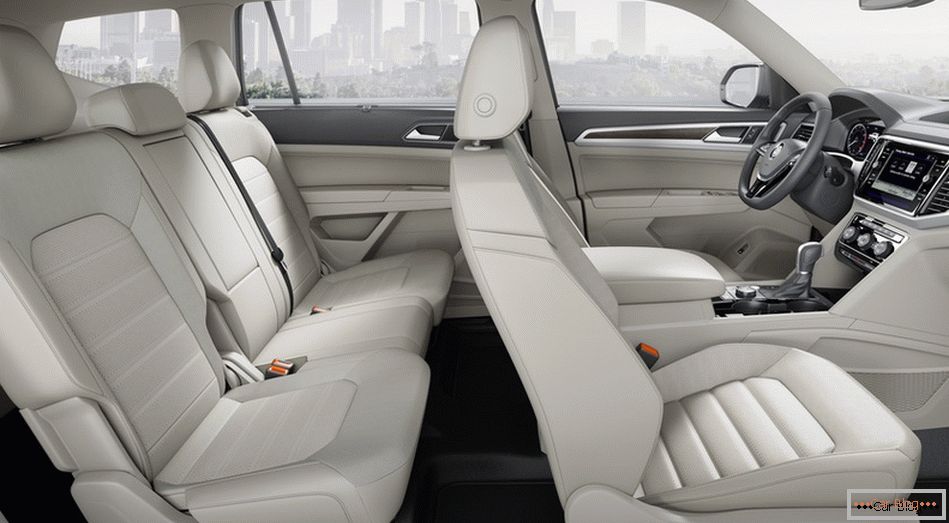 American Volkswagen Atlas At first, there will be only two petrol engines under the hood. This is a two-liter "turbo" at 238, and a 3.6-liter aspirated at 280 horsepower. They will be paired with an eight-band automatic transmission. Later, the range of engines of the new crossover will expand at the expense of other engines, including diesel ones. The atlas can be bought both in front-wheel drive and in all-wheel drive versions.

Recommended article: Photos of the interior of the "barn" Lada West Cross

Completed a new crossover VW Atlas will be LED optics, digital dashboard, multimedia "combine", understanding Apple and Android smartphones. The electronic body kit will be presented with an adaptive cruise control system, the crossover will be able to automatically brake in emergency situations, the blind zones will be monitored online, the car will “read” the road marking and be parked by the electronic assistant. 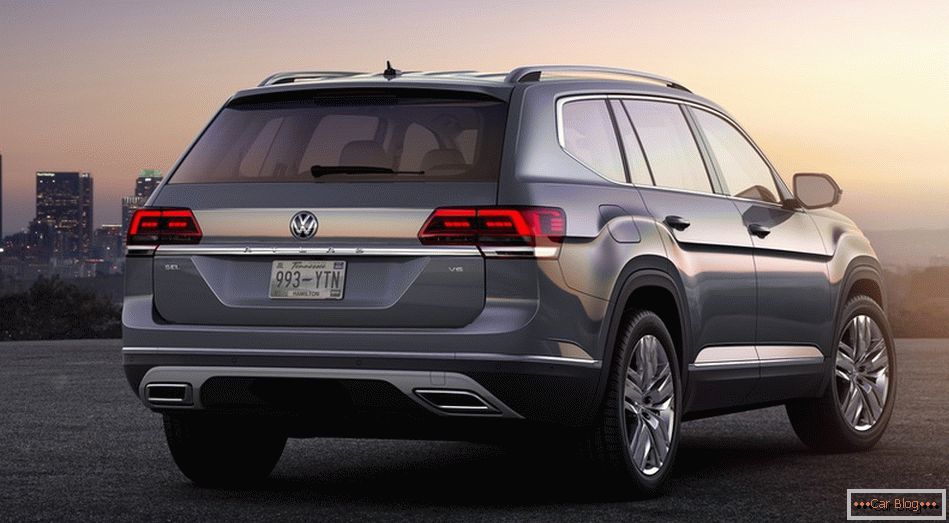 Stamp serially  Volkswagen Atlas will start in the Tenessian town of Chattanooga from the beginning of 2017. Chinese Atlas - Teramont will be produced at the German-Chinese joint venture VW-SAIC. It is not known where our Teramont will come from. If from America, it will be more expensive than from China. 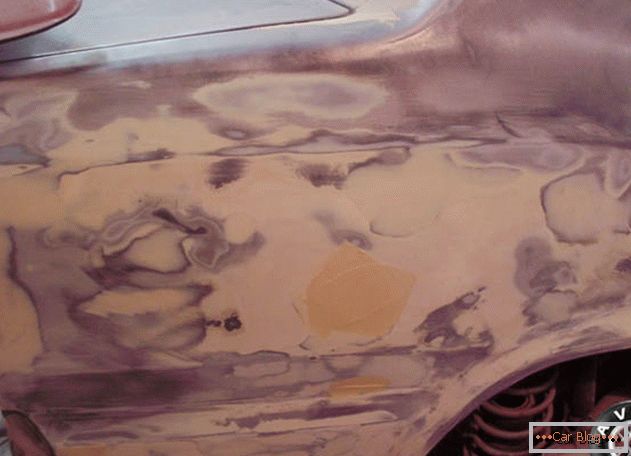 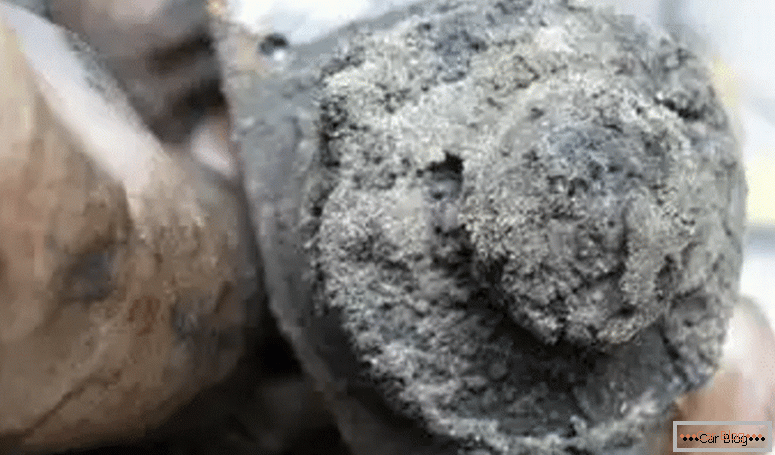 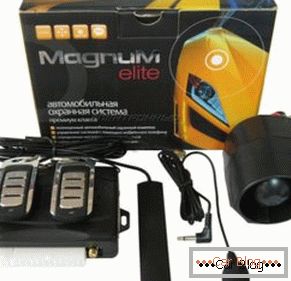