Porsche cayenne 2015 already on sale in the russian market

Porsche restyled its famous Cayenne SUVs. The German manufacturer surprised fans with an updated car design and technical equipment. How much will a premium crossover now cost?

At the beginning of the year, the most highly profitable automaker from Germany, Porsche, intrigued all participants in the global automotive market and fans of the famous brand that has become a legend. Porsche marketers said they were preparing restyling of the popular Porsche Cayenne crossover. 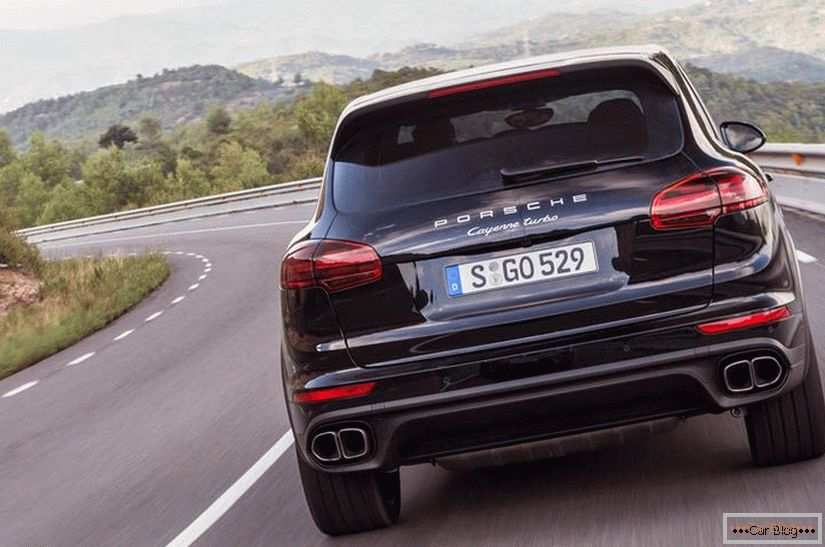 Why did a well-known company make such a decision? Porsche Cayenne, initially setting the high standard sports cars, forever became a symbol of success. Definitely, the restyling was planned - there is no limit to perfection. The German office said that they were able to solve an unattractive task: to “finalize” the design and technical component of their masterpiece as much as possible, while maintaining its guaranteed visibility.

Public presentation of the restyled version 2015 Porsche Cayenne held in Paris in October at the traditional auto show.

What has changed fundamentally?

Thanks to its lines, the hood of the car became close to its classic racing models of the 60s, remaining at the same time equally powerful and weighty. 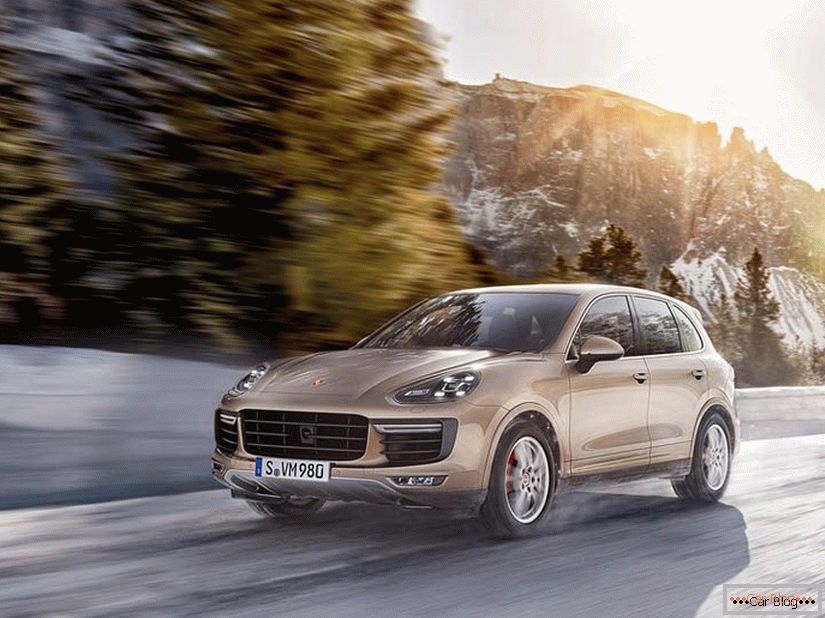 The front bumper, which also changed its configuration, became the owner of a new enlarged grille, which simultaneously fulfilled both the design task - gave the car a more expressive look, and technological. A system of dampers was built into the depth of the grid, which is automatically regulated by the signal from the control unit of the power unit. It's pretty simple: if the engine needs additional cooling, the air intake flaps will automatically open. If the engine is not heated, the dampers will remain closed, which will reduce fuel consumption and improve the aerodynamic performance of the crossover. 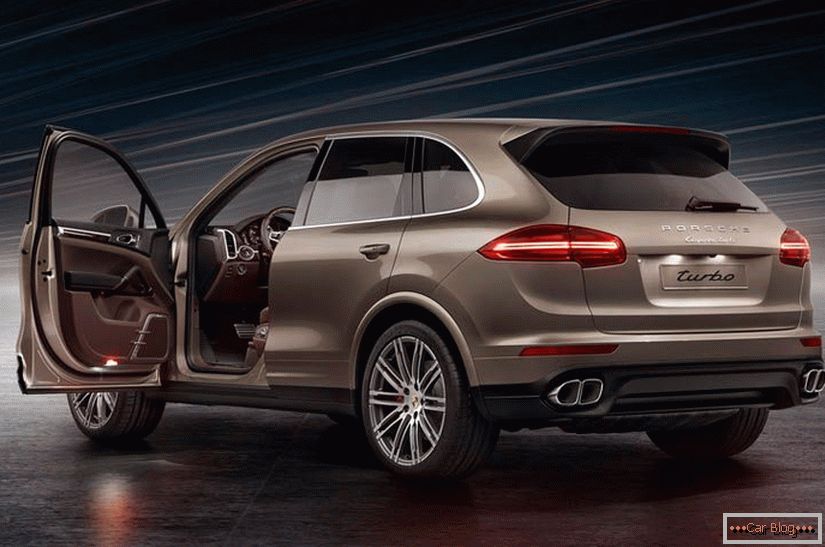 New element steel and side air ducts. Called to direct cooled air to intercoolers, they are also a bright visual focus for Porsche.

Xenon lighting remained basic in any configuration, but the running lights became a novelty. Stylish and sporty, bright LED dots inside each headlamp make this car beast even more attractive.

Rating modification of the Porsche Cayenne Turbo is now equipped with innovative optics PDLS (Porsche Dynamic Light System), where there are LEDs with high brightness. Such a system was developed directly by Porsche engineers.

The rear lights changed the shape of the lights and acquired LEDs, thanks to which the 3D effect was achieved. Looks like this lamp upgrade is quite interesting.

All the doors of the car, including the luggage, have become more “inflated”, massive. In addition, the trunk is now equipped with an electric drive in each of the German versions.

The wheels of the crossover were updated due to the unique discs of 18, 19 or 21 inches. Porsche recommends that potential customers purchase a particularly dynamic 21-inch 911 Turbo design wheels. If you believe the Germans, they will add a special grace on the road. The overall dimensions of the wheelbase are 2 895 mm. As the manufacturer assures, the quality of tires will satisfy every car owner. Pleased and pressure control system (TPM). Now all the indicators are available on the screen, which will allow you to more closely control the situation and even more confidently feel behind the wheel of this bestseller.

In profile, the car is a bit "grown up." Previously, the length of the crossover was 4,846 mm, now the car has become more by 7 mm (4855 mm). The width of the new Cayenne reaches 1939 mm, and in height - 1705 mm. At the same time, the restyled version is lighter than the previous one by 165 kg, which adds to the handsome man additional sportiness.

The manufacturers and the interior of the car, which has always been famous for its comfort and style inherent only in Porsche, have not remained unchanged. 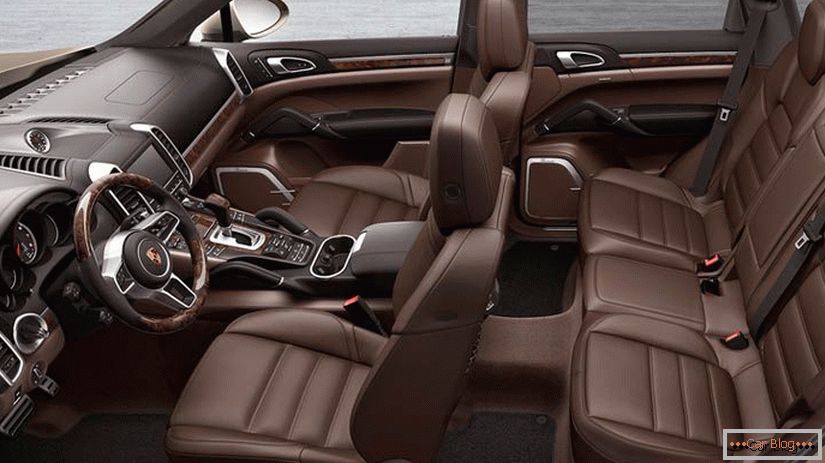 Enough updated steering. The Servotronic system, which is responsible for booster enhancement, is fundamentally different from similar devices. The uniqueness of the system in its direct connection with the speed of movement of the vehicle. At high speed, the steering wheel rotation will be quite tight. If the speed is at the level of, for example, urban traffic - the steering wheel will spin smoothly and gently. True, such a system is basic only for the Cayenne S Hybrid, for the remaining modifications it is optional. 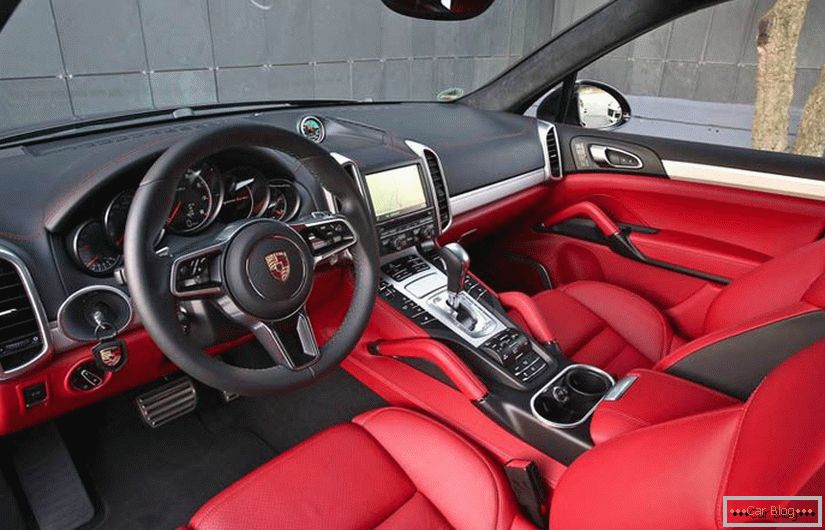 The steering column strictly complies with all possible safety criteria in a “forehead” collision due to two cardan joints and special deformation elements.

New 2015 Porsche Cayenne henceforth it unfolds within a radius of 595 cm, which fully corresponds to its class.

It's amazing how German engineers masterfully update their product, introducing the already classic elements from the previous models of the automotive giant. So the external steering device restyled Porsche looks similar to the steering wheel of the Porsche 918 Spyder. To ensure comfortable control, comfortable steering wheels are provided. The ignition key is traditionally placed on the left. 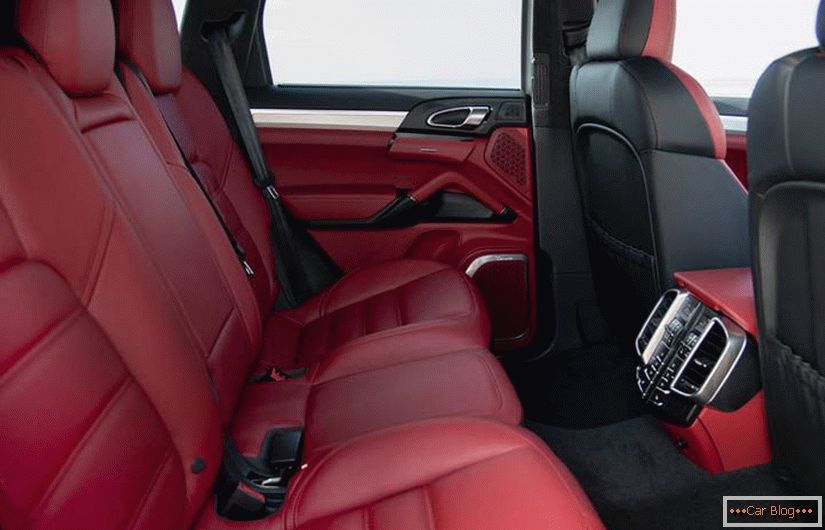 Of the pleasant multimedia innovations worth noting an improved sound system and a large display, located between the driver and passenger seats.

The technical stuffing of the updated Porsche Cayenne lineup is more than interesting. To the delight of fans, the German manufacturer presented as many as five powertrain options: Cayenne S, Cayenne Turbo, Cayenne Diesel, Cayenne S Diesel and Cayenne SE - Hybrid.

S - Porsche models are designed to give its owner a real pleasure from the roar of the engine and at the same time provide fuel savings. These Sport cars are also incredibly hardy on the road. The producer himself says about them like this: "In this long distance athlete, the heart of a true sprinter beats." 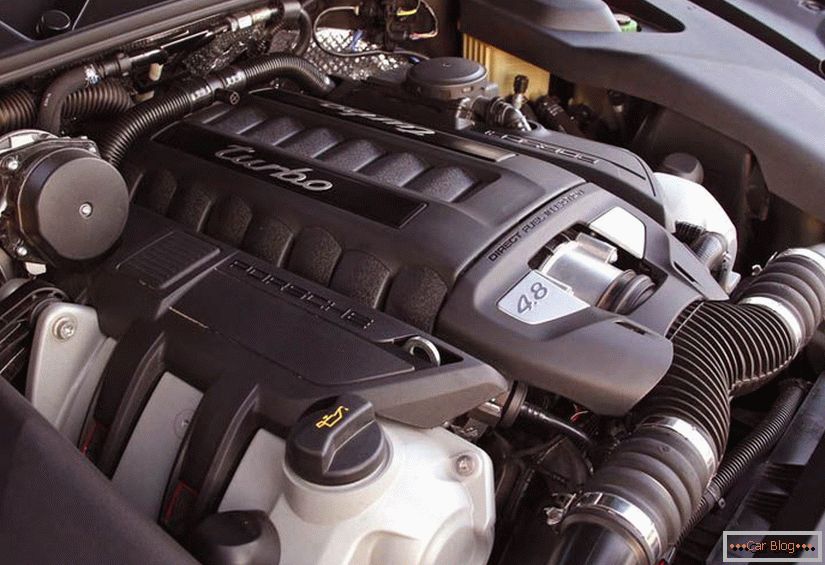 More serious gasoline engine Cayenne Turbo boasts quite "brutal" performance: a turbocharged engine with a volume of 4.8 liters per 520 horsepower with a thrust of 750 Nm. In contrast to the base Cayenne S, Turbo per hour can potentially overcome 279 km. This version of Porsche beats the speedometer mark of 100 km / h in just 4.5 seconds.

What is interesting Cayenne Diesel engine? The working volume of the motor here is almost 3 liters, and the figure of "Newton-meters" is 580. This car can reach a speed of 221 km / h with a force of 245 horses. But acceleration to 100 km / h in this version of Porsche is the longest - 7.3 seconds.

Finally, technically the most interesting model of the Porsche is the “Cayenne SE - Hybrid”. This version combines two aspects that are significant to the company: sportiness and the future. The hybrid has a 6-cylinder engine with a volume of 3 liters and a maximum load of 440 Nm. From zero to 100 km / h this German car accelerates in 5.9 seconds and continues to accelerate to 243 km / h. This agility provides 416 horses.

The efficiency of the hybrid version provides high-tech batteries with an energy capacity of 10.8 kW / h. Traditional nickel-metal hydride batteries are replaced by lithium-ion batteries. Such devices are fully charged from the outlet in less than 3 hours. Thus, on electricity, the SE-Hybrid is able to cover a distance of 18 to 36 km, not exceeding the speed of 125 km / h. Isn't it a car from the future?

Technological "highlight" of this box is the following feature: the maximum acceleration of the car reaches only on the 6th gear. The 7th and 8th gears following it are used to reduce engine speed when road conditions require it, for example, a descent or level road. At the same time, fuel consumption drops noticeably.

And, on the contrary, when climbing and on difficult to overcome areas, the driver can safely turn on 1st gear to get the highest traction. By the way, you can change gears in the updated Porsche right on the steering wheel.

3 new technologies provide efficient power distribution to the wheels: the ASR anti-skid system, a system that simulates locking the cross-wheel differentials and an all-wheel drive system with a built-in multi-plate clutch. All this constitutes the Porsche Traction Management system responsible for traffic safety.

Gasoline or diesel enter the combustion chambers through special electromagnetic nozzles with high temporal accuracy. Fuel is fed into the cylinders equally, which increases the efficiency of the motor.

This suspension changes the height of the vehicle's ground clearance and levels its body in 6 positions:

Well, who is this car in reality? Does this SUV justify its segment? Test drive has undergone the most powerful and fast of the updated versions - Porsche Cayenne Turbo. And he fully met expectations.

In the “Comfort” mode, the crossover behaves as expected neatly. As in previous versions, he is still stable in turns. But the car shows its true character in the “Sport” mode! Porsche becomes moderately daring and tough to manage, which does not affect the degree of comfort of the driver. This unit combines unique obedience and explosive character! 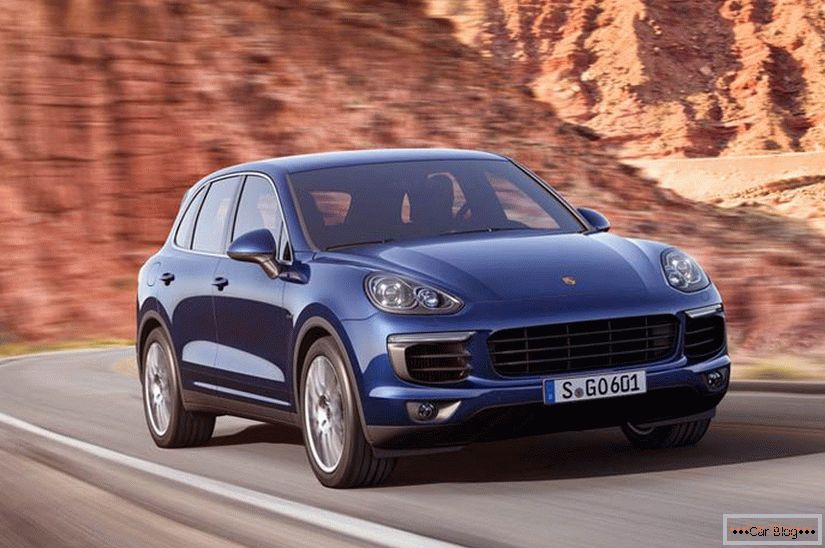 With the passage of difficult and winding tracks, the German car is also the most manageable, which amazes even the most captious car enthusiast.

Certainly, the work of Porsche engineers delights. According to all those who tried the updated SUV in driving, the control of the car is on the verge of fantasy. It is hard to imagine how a car with similar dimensions and mass can listen to the driver so “sensitively”.

Safety has always been a priority for Porsche. The car body is constructed of rigid beams arranged longitudinally and transversely, which ensures the redistribution of energy during an impact. Special high strength steel is designed to protect all passengers in the car.

Dynamic lighting system provides good visibility in all conditions. Low beam on the dark sections of the road is turned on automatically. Also, having parked the car, you can leave the headlights on to ensure a comfortable way to the house. After a specified time, the system will turn off the lights. Agree, it is important in the Russian realities. 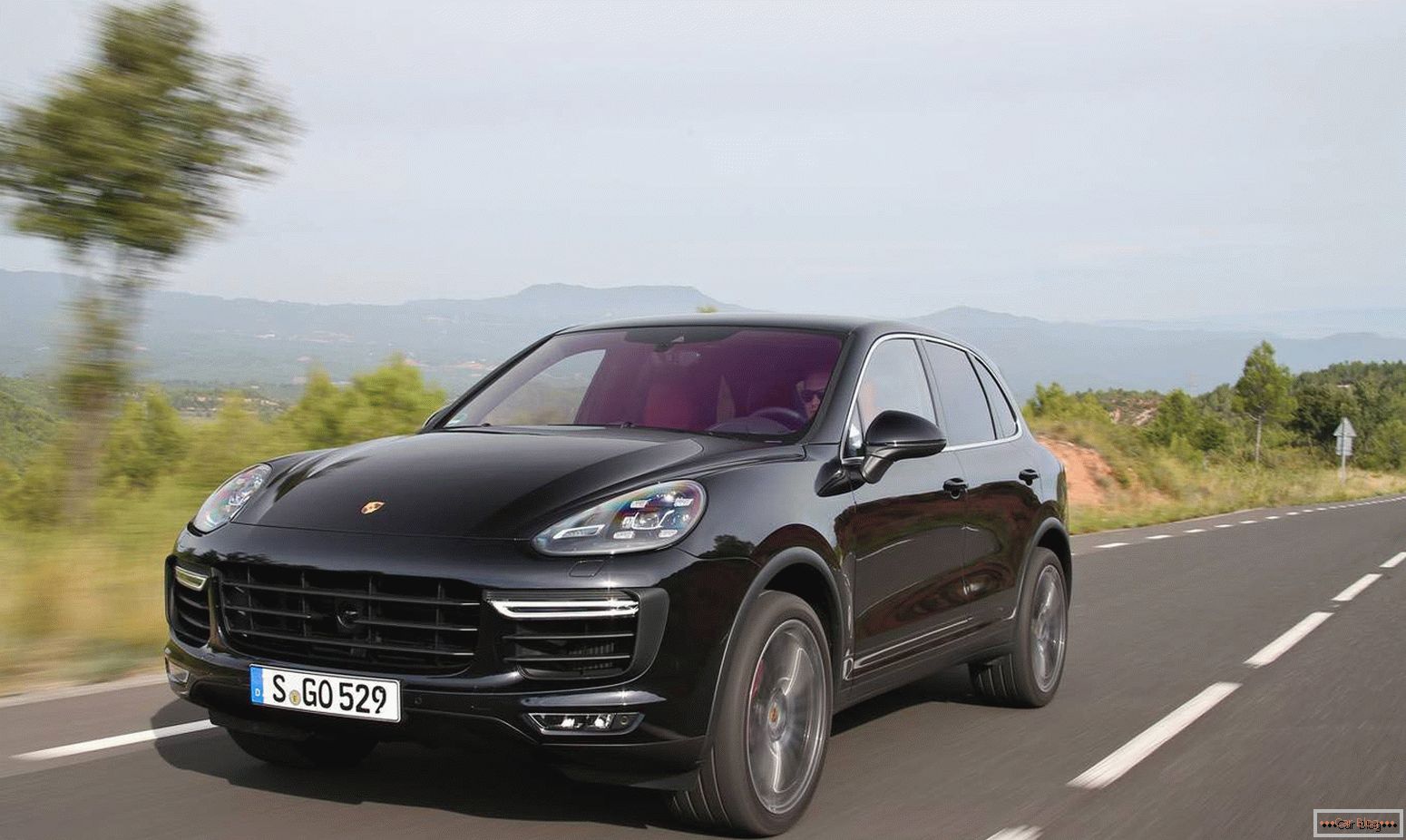 The smart Porsche Dynamic Light System will help you make any turns. Headlights automatically turn in the right direction, and you enter the already lit part of the road. True, this option is not basic.

Restyled Porsche Cayenne is already available for sale in Russia. Its cost varies within the following limits:

Someone considers the most important disadvantage of the updated models is their cost. But let's not forget that this car is from the premium segment, therefore bargaining is inappropriate here.

This broad-shouldered, athletic German car is the epitome of quality and price, comfort and safety. Stylish redesigned design conquers at first sight. The electronic stuffing of the SUV makes driving simple and fun. This machine is not designed to stand in one place. This is more than just driving. This is passion. This Porsche Cayenne concept is firmly respected in every model.

“Reinventing ourselves, we continue to lead. Straight into the future ... ". 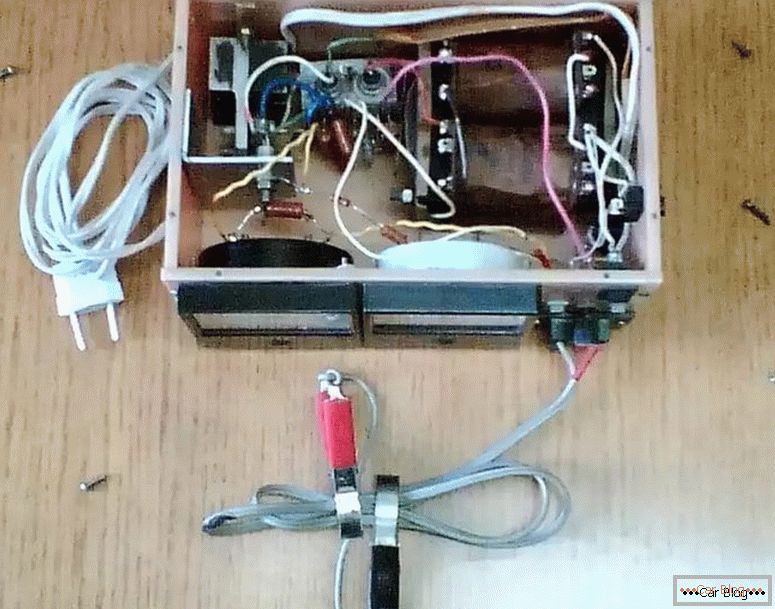 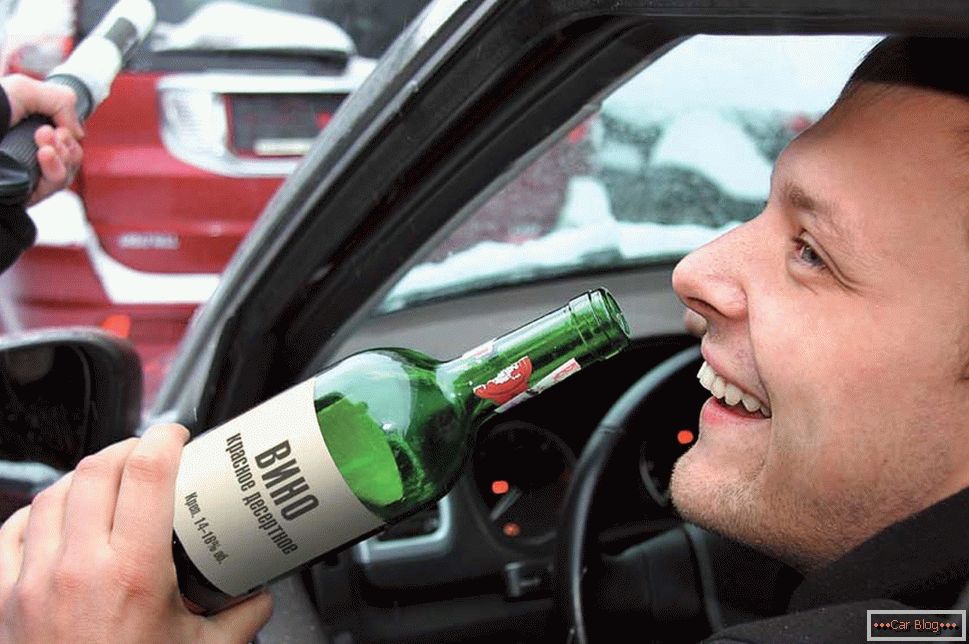 Drunk drivers will have to buy their cars from the penalty 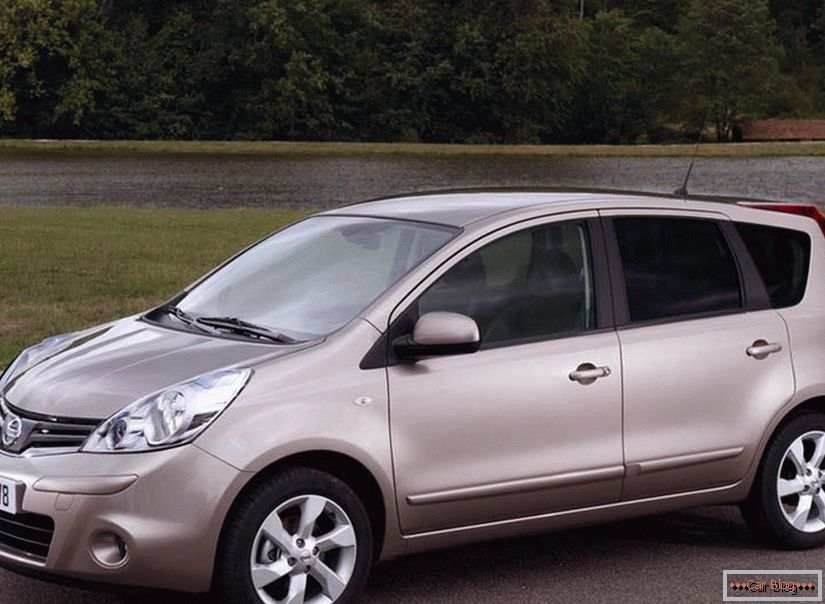 What is the best car for a girl