“The SUV is so cool because it will get stuck there, where others will not make it,” so motorists joke about them. In order for such a humor not to be “behind the wheel” of your jeep, you need to meticulously approach the choice of a crossover, compare different models. And you can start right now. Let's compare two running SUVs. "Japanese" with European ambitions and flawless "Korean". Character, obstinate handsome and stubborn fighter. Nissan Qashqai or Hyundai ix35 - let's find out what and why is better.

Before entering into a discussion on which car is more solid, more powerful, more fashionable and more qualitative - ix35 or Qashqai - it is worth getting to know both models closer. 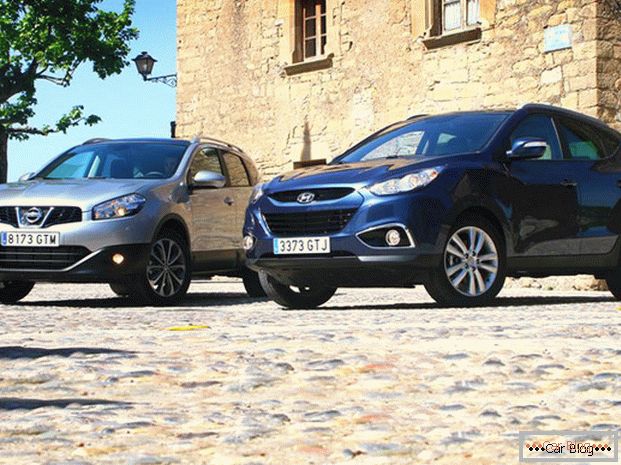 Let's start with "X." A native of South Korea left the factory assembly line of the Hyundai Motor Company. The prototype of the "35th" was Hyundai Tucson, the world's best-selling car market. Actually, Tucson is not just a relative - ix35 was literally born on this platform. 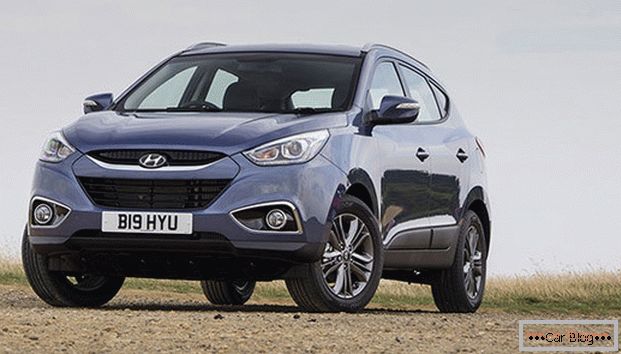 Design Hyundai made with the use of multiple lines and bends. Even the hood and roof are embossed.

But in general the exterior feels power, experience, wisdom and at the same time a bit of aggression and a sporty accent. And the X's headlights “look” at the onlookers with the gaze of a proud winner, ready to prove his superiority at any second.

In general, the car like a "blue blood". To match and salon. The upholstery is made of high quality materials. A built-in seat heating system — driver and passenger seats (front and rear). 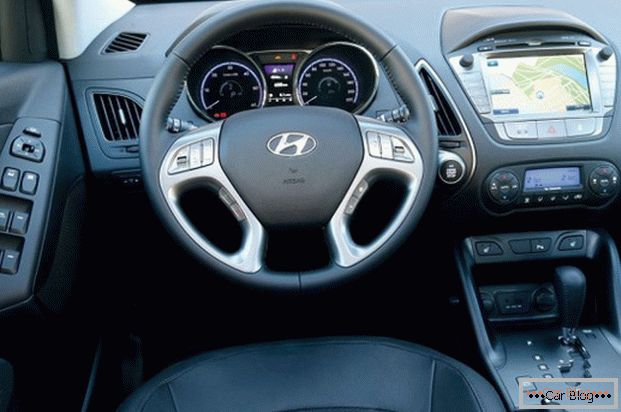 Ergonomics at a decent level. Provides control of a number of options "remotely": the buttons are located on the steering wheel. This is done for convenience, and that the driver is not distracted from the road, for example, including music.

What are the possibilities?

Hyundai is able to accelerate to almost 200 kilometers. Eats "X" on average 11.4 liters in the city and about seven on the highway.

The car is equipped with a good luggage compartment (almost 600 liters capacity), which, if desired, can be increased by folding the back sofa.

When you buy the "35th" you will receive such a basic set: six pillows, a light sensor, "hot" seats, lightweight wheels by 17 inches, modern "music", dynamic headrests on the front seats. The rest of the joy, such as climate control, ESP-shki, sunroof, 18-inch wheels or video cameras for broadcasting images from the street will already cost extra money.

We wander, today we wander with you ...

Qashqai is a breath of freshness in the local market, although it has been produced since 2006. This car has the glory of the machine with brash. In many ways, this image of the car deserved because of its name. Qashqai was the name of the nomads who rebelled against Europe, defending Iranian lands. If you know that the car was sharpened from the very beginning under the European consumer, then all the boldness of the idea is clearly visible.

Well, this challenge was accepted and Nissan Qashqai entrenched itself firmly in the market, receiving the nickname “urban nomad”.

Interestingly, the Nissan Qashqai is the smallest of all the popular crossovers today. Compactness is one of its main features. For example, unlike the Hyundai, the nomad is 80 mm less in length, inferior in width to the rival by 37 mm, and lower by 54 mm. 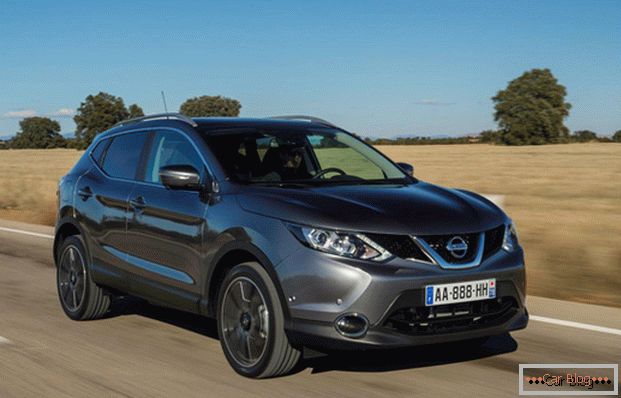 Such "slimness" makes the car particularly dexterous in driving around the city. Although, of course, there is less space inside than in Hyundai. True, the manufacturer tried to compensate for this shortcoming, at least at the level of sensations, by offering customers a complete set

adom.ru with a panoramic roof.

If we compare the salons of two crossovers, then in terms of convenience, they are comparable. But the design is very different. If Hyundai can boast that it is in trend, then Nissan, on the contrary, did not chase after fashion and remained faithful to the traditional approach for its brand. 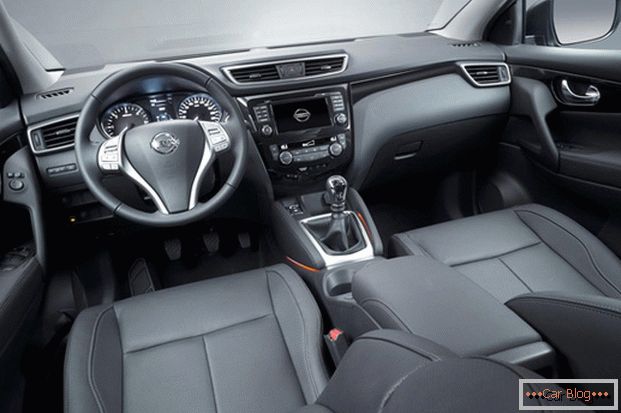 We look in the passport

And what about the specifications? Will the nomad be able to bypass the "X", who is better than the Nissan Qashqai or Hyundai ix35?

Qashqai paper less nimble. But his “appetite” is more moderate: about eleven liters in the city and six beyond.. The luggage compartment is 410 liters, also in comparison with the Hyundai less.

And the basic equipment of the model is very decent. Here are pillows, Conder, climate control, a full package of electronics, power steering wheel. Plus - various automatics that simplify the life of the chauffeur.

Duel on the road

The duel "ix35 vs Qashqai" moves to the road. What do test drives show? Here, the gap pattern ... Contrary to expectations, "X" is not very quick. The car loves to think first, and then accelerate ... It happens that Hyundai “slows down” even when it is necessary to directly brake. Nissan has an advantage in this regard, it is more efficient and responsive.

Off-road cars also behave differently. For example, on a hill, the Nissan literally takes off, and the Hyundai first “growls” and only after it overcomes an obstacle.

Through the logs both "jump over" tolerated. Only now Nissan does it gently, and Hyundai is not shy and shakes the passengers from the heart.

In cornering, both SUVs roll almost equally and very noticeably. But as motorists say, Qashqai responds better to harsh driver commands and returns to its original position faster.

By the way, on the way, it turns out who is more "noisy." It turns out that Hyundai accompanies the trip with the characteristic sounds of work, for example, a silencer.

So, the Nissan Qashqai vs Hyundai ix35 duel came to an end. What is the result? The Qashqai is smaller in size, more economical, cheaper and shows excellent driving performance. Hyundai is a more courageous car, but it is “lame” during acceleration, it makes noise and is much more expensive.

But you can’t say that X lost. It is simply less dynamic. And by the way, Hyundai boasts a more voluminous luggage compartment and a fashionable interior with expensive trim. This is more of a car for lovers of a moderate, relaxed ride. But the Nissan will be the best friend for young driving enthusiasts more sharply. 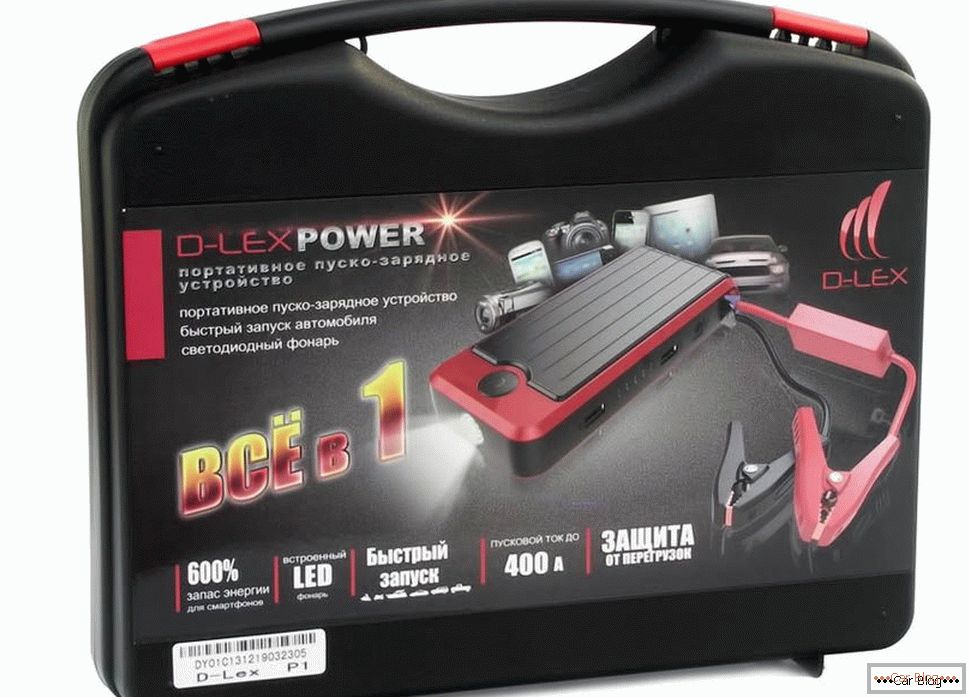 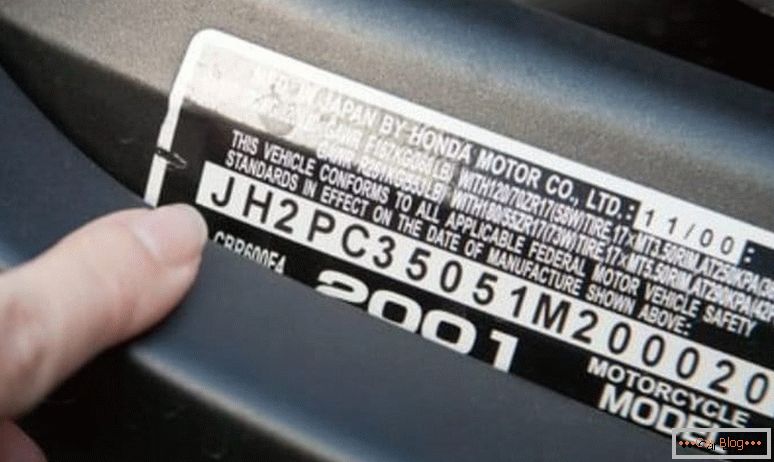 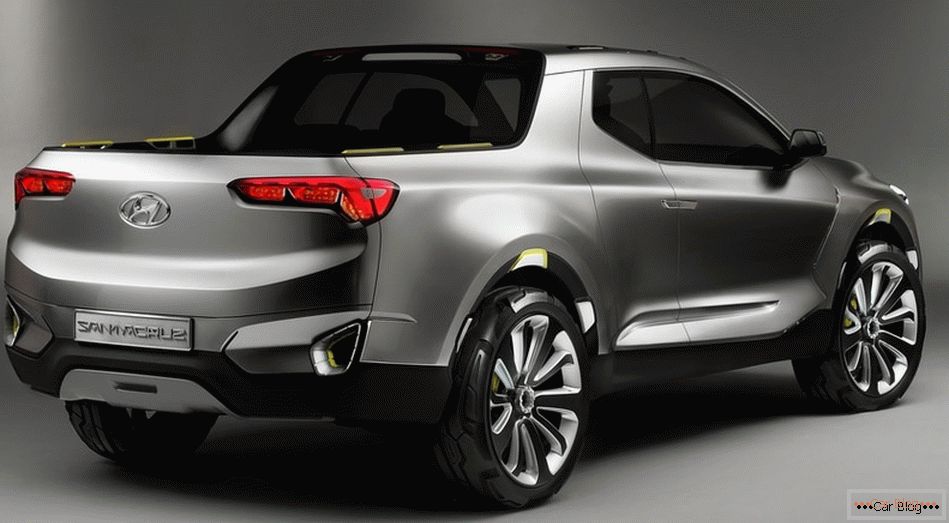