Disputes between fans of Japanese and German cars continue to this day, despite the fact that globalization is gradually erasing the boundaries between the national characteristics of vehicles. Therefore, it will be interesting to compare the available sedans from different parts of the world, which are very popular. A good option for such a comparison would be the Toyota Corolla and similar-sized Volkswagen Jetta. They have a similar cost and approximately the same equipment, which allows you to make an objective choice, without looking at the budget. Let's see which car will be better for everyday driving - Toyota Corolla or Volkswagen Jetta. 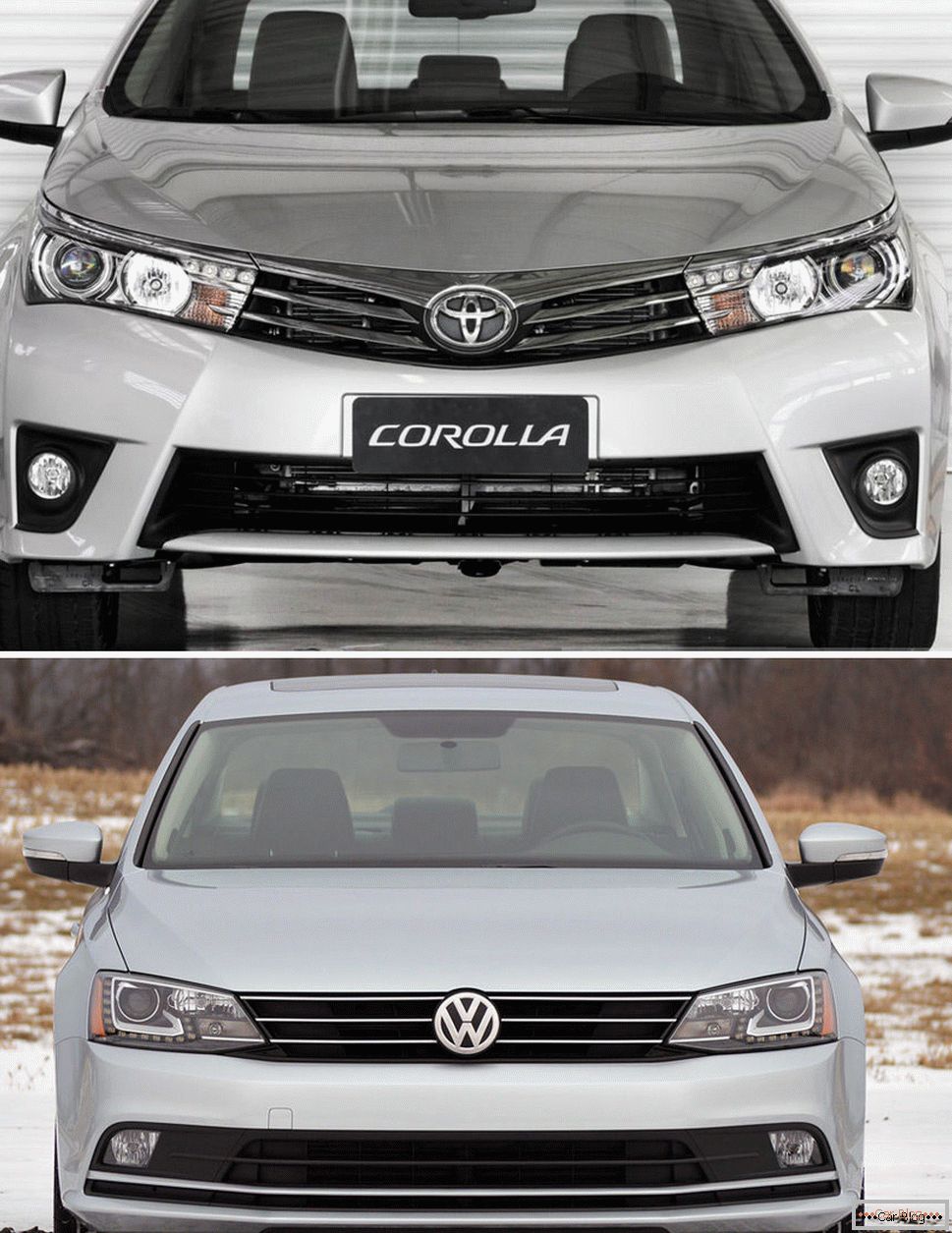 The German Volkswagen Jetta sedan is built on the basis of the Golf, but it looks much bigger and more impressive - the increased wheelbase and the “appendage” in the form of a separate trunk effect. However, the front car is more like a Volkswagen Passat with a strict design and a complex pattern of LED strips in the headlights. The wide opening in the front bumper of the Volkswagen Jetta and the grille with powerful crossmembers make the car look somewhat heavy, but it was precisely this impression that the manufacturers of the manufacturer wanted. Confused only by some angularity, which immediately catches the eye, but such is the new corporate style Volkswagen. 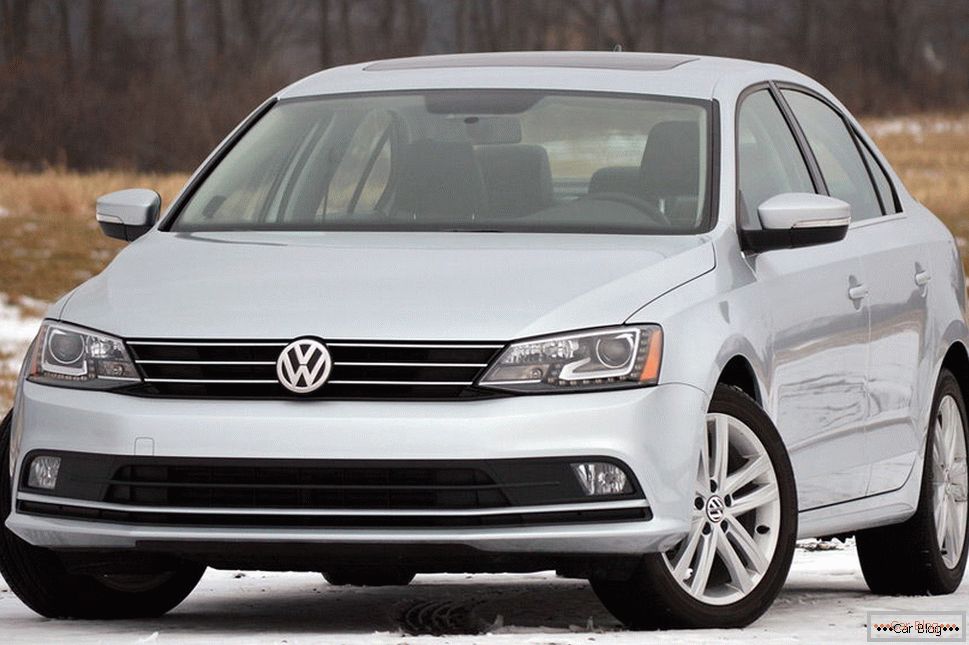 Comparison of two cars shows that they are both similar and radically different. Established in Japan, Toyota Corolla is also somewhat angular, but with smooth forms and complex lines in the spirit of Oriental architecture. The front of the Corolla looks unusually - the wide headlights merge with the grille and are emphasized by a wide rectangular slot in the bumper. Cutouts for fog lights Toyota Corolla look not only original, but even aggressive. Toyota designers have created a real miracle - they were able to give the car a bit of oriental luxury, but they didn’t cross the border of bad taste, because they harmoniously poured it into the modern fashionable style.

The profile of the Toyota Corolla looks even more angular than the Volkswagen Jetta, but this does not make the car ugly or archaic. Behind there is also beautiful lighting and a bit of Asian luxury, but the attributes of low-cost cars Corolla could not escape. A flat trunk lid and a large bulging bumper make the stern of the car too heavy and boring. Although in general, Toyota Corolla looks very harmonious and balanced, almost the same as the German competitor. Its main advantage is the unique design that attracts the eye, while the Volkswagen Jetta, similar to other models from the same manufacturer, does not evoke the same interest. 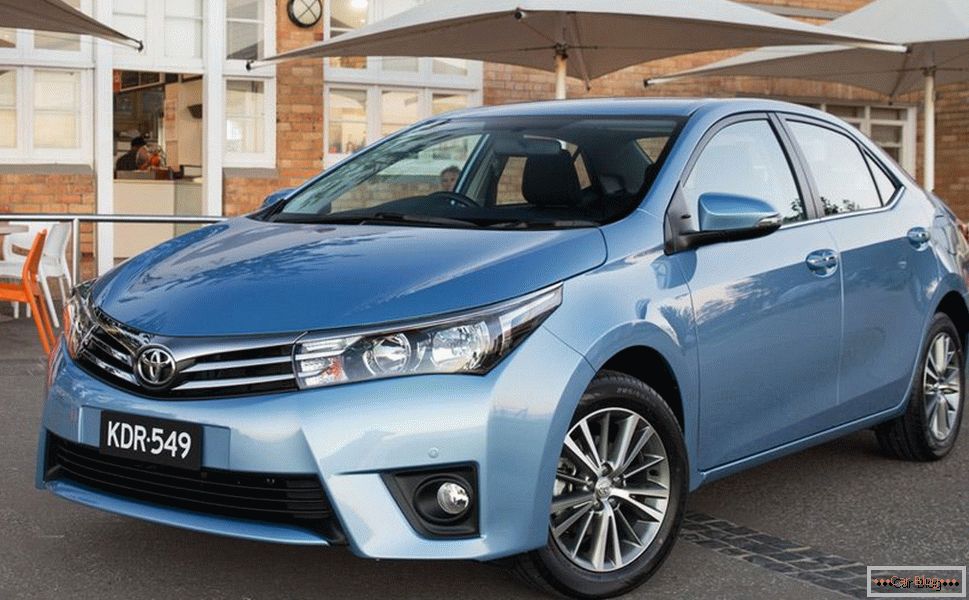 To decide which is better - Jett or Corolla, be sure to compare the comfort inside the car. In the cabin of the Volkswagen Jetta reigns the same indicative austerity, which is visible on its body. The instrument panel of the Jetta is composed entirely of regular geometric figures: straight lines, rectangular deflectors, a trapezoidal center console, a semi-circle of the visor above the devices. By the way, the dials of the Volkswagen Jetta themselves deserve special praise due to the large digitization and soft unobtrusive backlighting, and the trip computer located between them pleases with good graphics. Ergonomics brought to perfection by Volkswagen engineers - all buttons are within reach, the distance between the pedals avoids accidental simultaneous pressing, and the steering wheel in leather braid never slips out of your hands. 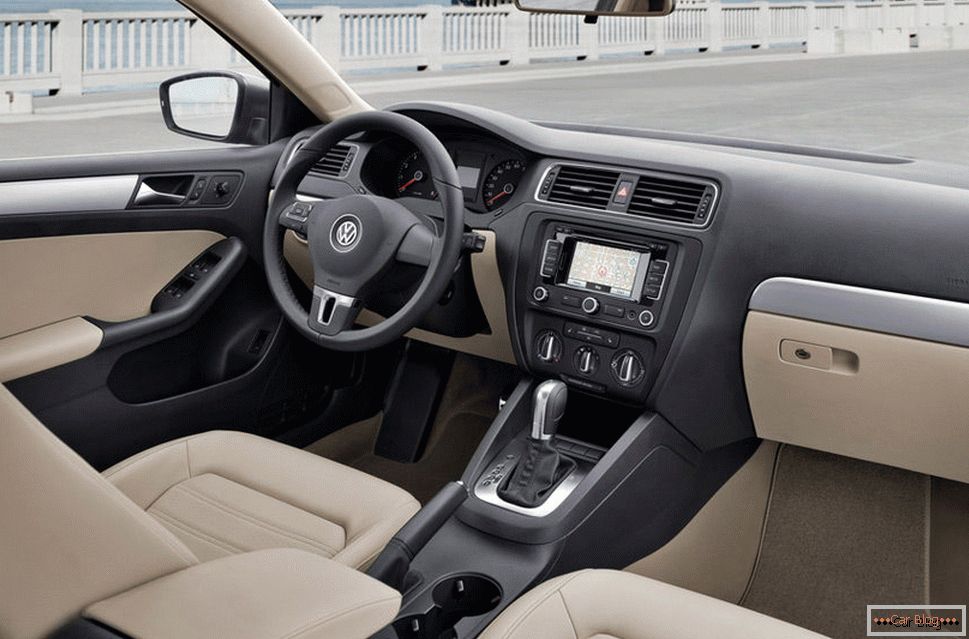 The front seats of the Volkswagen Jetta can also be called ideal, since they will be comfortable for a tall person. In expensive models, they can be equipped with automatic adjustments, allowing you to get the necessary parameters in seconds. Behind the Jetta is quite spacious, although a third adult here would be clearly superfluous. But the two in the Volkswagen Jetta will be very comfortable - they have separate air vents for them, and even a 12-volt outlet that allows you to recharge a laptop or tablet with the appropriate adapter. In addition, an armrest extends from the backrest with seats for two large bottles or glasses for cold drinks - further proof that the Volkswagen Jetta is designed for four adult passengers.

If we compare the two cars, then the Toyota Corolla will obviously lose by the interior design. The narrow front panel, winding notch of the automatic transmission lever and thin central deflectors indicate that the Corolla belongs to the class of budget cars

adom.ru. Although very beautiful elements coexist with them: a large touch display of the multimedia system, devices with a soft backlight, and a liquid crystal climate control indicator. Three-spoke steering wheel Toyota Corolla looks quite massive, but in practice it is very convenient. In the armrest between the front seats of the Corolla, there is a rather deep box in which not only small items can be put, but A4 paper folded in half, while in the glove box they fit entirely. 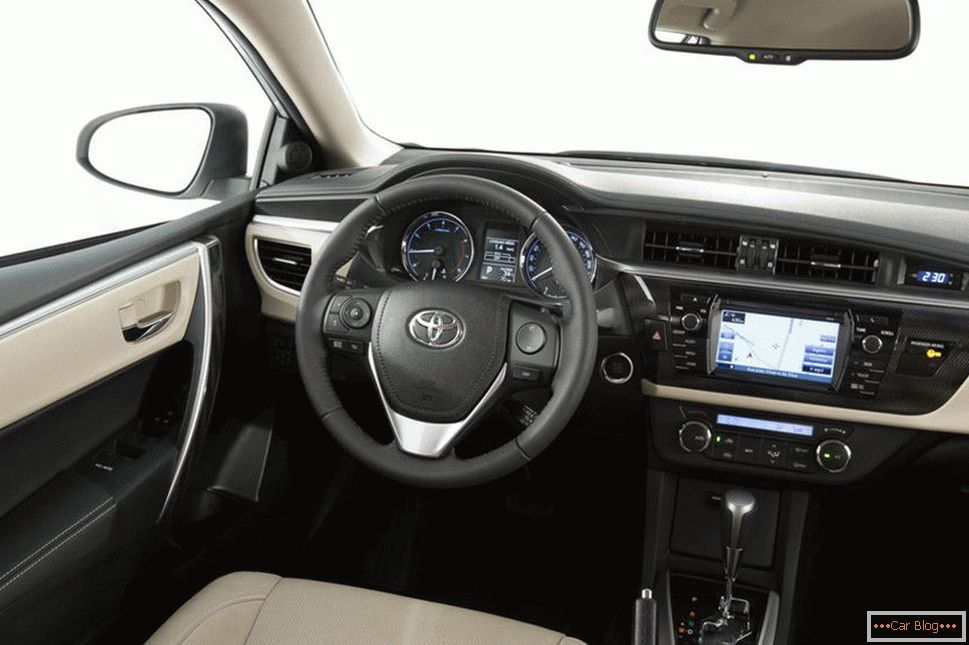 The front seats of the Toyota Corolla are good, although most people will find their pillow a bit small. But the back perfectly support the person, and tenacious combined upholstery does not fall out in sharp turns. The Corolla is even more spacious behind the Volkswagen Jetta because the width of the passenger compartment of the Japanese car is larger. Of course, this does not mean that the three large men will feel comfortable on the back of the Toyota Corolla comfortably, but for three average people there is enough space. Convenience in the form of air vents on the central tunnel and armrest are also present in the compact Toyota sedan, although it is not as convenient to use them as in the German competitor.

See how the Jett will show itself against the Corolla in the dynamics, I want most of all - because both cars are equipped with motors with a capacity of 122 horsepower. Acceleration of the Volkswagen Jetta can be called dynamic only conditionally - after all, at low revs the turbo engine behaves quite phlegmatically, reluctantly responding to the accelerator pedal. But then the car easily rushes forward and steadily picks up speed. The Volkswagen Jetta automatic transmission works very efficiently - in urban environments it does not allow the car to lose the pace needed for quick maneuvers, and on the highway the transmission saves fuel by connecting top gears in time. Volkswagen fuel consumption is simply phenomenal for a car with such characteristics - when driving at a stable speed, it can be kept within 6–7 liters / 100 km.

In addition, the test can show that it is better - a Jetta robotized transmission or a Toyota Corolla variator. At first it seems that the Toyota version is more advanced, since the Japanese car starts very quickly and provides the driver with all the conditions for making fast overtaking. However, this is how it behaves only at city speeds - after reaching 80 km / h, the Toyota Corolla begins to lose acceleration and crosses the mark at 100 km / h later than Volkswagen. At a speed of 120 km / h, rapid acceleration can not wait - pressing the gas pedal causes a sharp jump in revolutions, but the car almost does not change the speed of movement.

If you choose a Volkswagen Jetta or Toyota Corolla, then you should know that the German auto handling is much better. Of course, the suspension sends quite strong blows to the salon, but as a result, the car retains perfect directional stability and very quickly reacts to the steering. Also worth noting is the complete absence of banks, which is also a merit of the well-developed Volkswagen undercarriage.

When choosing a Jetta or Corolla should also understand that the Japanese compact sedan is much softer passes large bumps. However, it responds with deep rolls in the corners and slow reactions to the steering. In addition, Toyota Corolla soundproofing transmits quite strong sounds into the cabin, which makes it difficult to call the car very comfortable.

It is already useless to divide the automobile world into Europe and Asia - the cars are getting closer in their characteristics and quality of performance. However, Toyota Corolla is still half a step lower than the German competitor in handling and dynamics. But the Volkswagen Jetta is not so comfortable on a bad road and can not boast the same spacious rear row of seats. 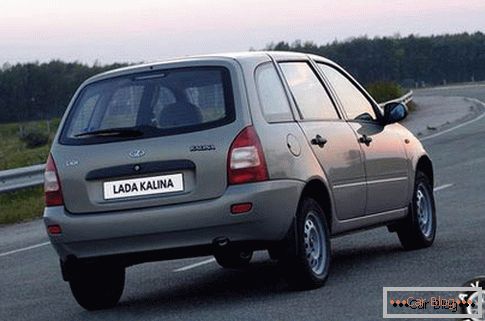 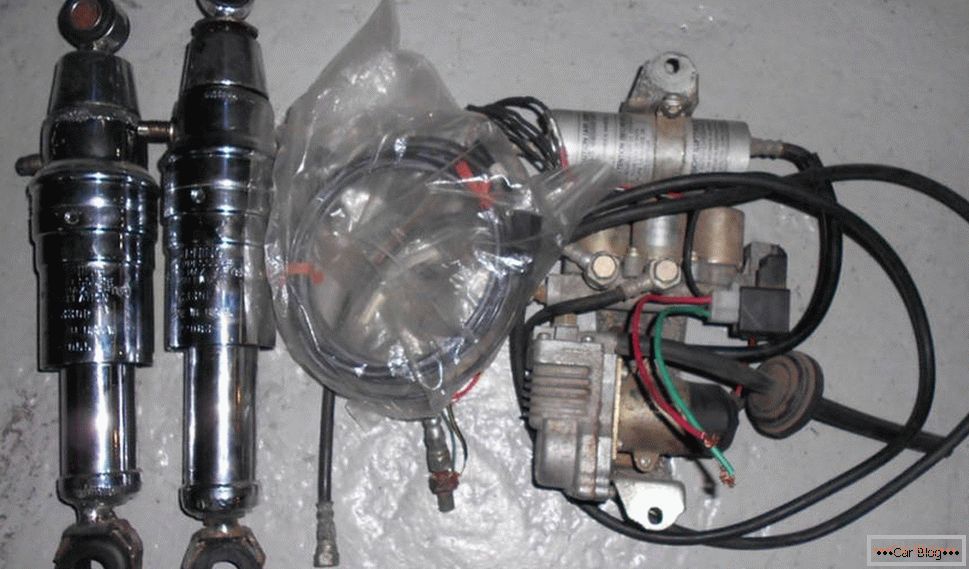 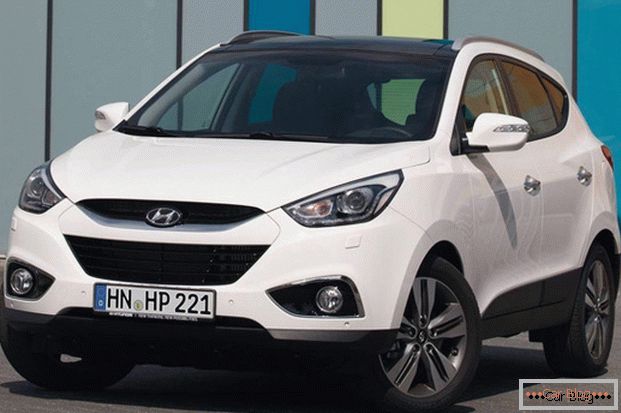 On the internet, declassified grille of the new jeep