The use of modern navigation systems can significantly save time during the trip. Such services help out the majority of drivers who find themselves in unfamiliar cities or remote areas. One of the most popular and sought-after software products is Yandex maps, it’s possible to get a route by car on mobile devices with different operating systems.

As a gadget for this system, both modern smartphones or tablets equipped with Android or IOS, and built-in navigators are suitable. After downloading the application to your device, the driver will be able to make a route in Yandex maps on the machine, taking into account traffic jams, and receive other useful information that is updated in real time.

In our country, this service is used by many drivers, since, unlike foreign analogues, it issues information exclusively in Russian and follows the updates of its maps quite timely. Friendly interface and high-quality graphics make it easy to remember the basic commands of the program.

To build a route by car Yandex maps requires a mobile device with the ability to connect to the Internet. This eliminates the need to have in the equipment a large amount of internal memory for storing large-scale maps. In addition to this positive feature, there are other advantages of the service: 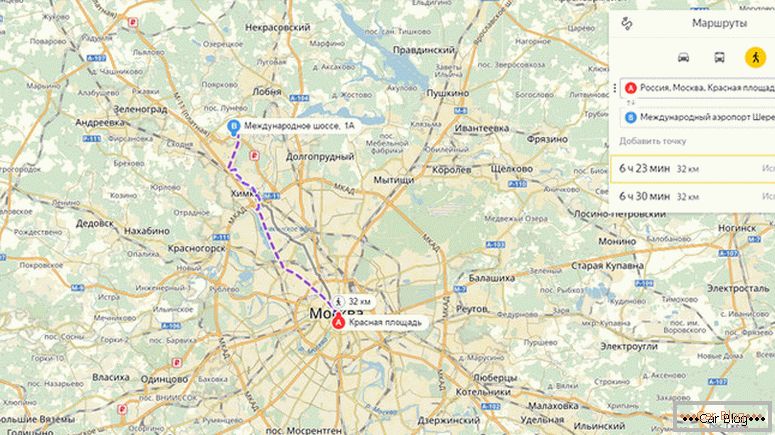 Before making a route by car through Yandex maps, you need to familiarize yourself with certain shortcomings of the program:

Such shortcomings are relevant for more extreme conditions or travelers, however, drivers who need to pave the route between cities by car on the Yandex map or through large settlements will feel all the positive characteristics of the service. In urban settings, the program demonstrates all its advantages.

Work with the program

Using maps on mobile devices is almost the same as using them on a desktop PC. The difference will be noticeable only in the location of some controls. This is due to the features of the resolution and location of the screens. In order to understand the service more quickly and visually, you can practice at home on the browser version beforehand.

During the first launch of the program, the start interface opens. The user is given a map of the area in which he is located. Parameters are determined by the IP of the equipment used. Since the device used does not always have a GPS, some position error may be present in the definition.

The work area includes several custom virtual buttons, which are usually located around the perimeter of the monitor. The upper part has a search line. It can be used to find the closest power points, gas stations for motorists, repair shops, ATMs, medical institutions, or other useful road services.

The “Routes” button is located in the central part of the upper band, by clicking on which we will call an additional window. It has two lines, allowing you to get a route from and to through Yandex maps. The map will be useful for those who use public transport, and not just their own cars. It is enough to enter the point of departure (point A) and the point of arrival (point B).

The user can set the necessary points not only by writing their names in the specified fields, but also specifying them in the manual mode on the presented map. If there is a need for special locations, then you can use the “Add a point” link and adjust the automatically selected automatic route.

The third way to enter points is to specify their geographical coordinates. After entering the data they are automatically migrated to the address.

You need to know that after selecting the starting and ending point, the program will offer several possible options for movement between them. In large cities, the service offers three ways:

All presented options the user will be able to rate simultaneously on the map. The first (short in time) path has the privilege, therefore it is distinguished in color from the rest (purple ribbon). Travel time is determined for each traffic, the calculation is set down to seconds.

It is worth noting that When entering, you can use not only the exact address, but also closely localized large objects. For example, you can specify the city and the name of the cinema, shopping center or temple. As a result, the specific address will still be highlighted. 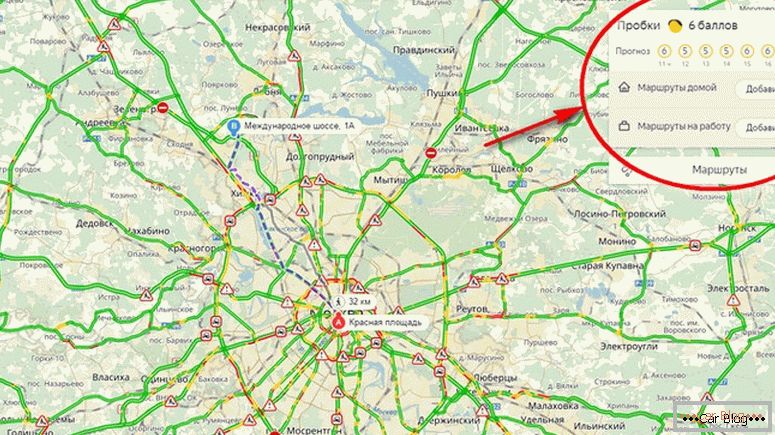 The construction of a route using maps is carried out in conjunction with an additional Yandex service regarding traffic jams. The path is built both with his participation and without taking it into account. To do this, use a special "tick", which can be put or removed in the window. All paid traffic or parking areas have a special distinctive index.

You need to know that traffic jams are monitored in real time, so the information obtained is relevant, which allows you to make timely adjustments to the route.

Additional route points (except primary and final) are added with the Add Point button. The link is highlighted under the name of the final destination.

Users will be able to shape the way using Yandex maps for travelers traveling by public transport. In this case, you will have to choose an icon with the image not of the car, but of the bus. Next to it there is a calculation for pedestrians, however, it turns out to be relevant only for urban conditions.

In terms of the metropolis service users are offered to move on the subway. At their disposal will be the names of metro stations. You can also set these names when searching for the end point or starting point. With this method of moving there is no indication of mileage. Specified only approximate travel time.

You need to know that today there is a limited list of cities in which it is possible to build a route using public transport. A complete list of them can be found by clicking on the link.

During the construction of the proposed path, street maps are displayed with an indication of their workload. Traffic jams are differentiated in the traditional ball system. According to the algorithm used, roads with 2 points have one of the lowest workloads. The most difficult intervals are defined in red. When you hover the pointer on them, the user will receive the actual flow rate in this area.

See also: Where to call if the car was evacuated 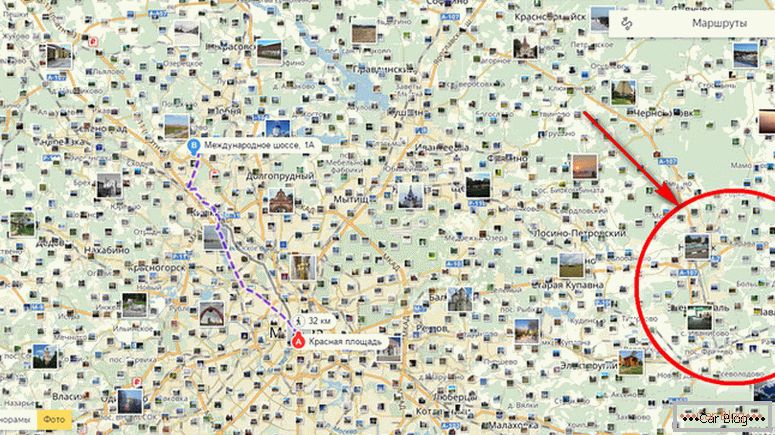 Traffic jams on the scheme are equipped with a watch icon. Thanks to her, she manages to get current information and an indicative forecast for its development, which provides the service. It should be noted that the prediction is not always accurate, as in the case of a possible accident or other emergency situation, adjustments in time are possible.

On the route there may be places where road works are carried out. Yandex will prompt similar areas in real time, offering an alternative detour. On the map they will be marked with the appropriate traffic sign.

Authorization in the system enhances the user. One of the advantages is the ability to save the route in Yandex maps. Also, the user can make their own frequent geolocation. This is done under the link "My Places". Registration is carried out on the site when creating mail. If the account is already there, then it remains only to log in to it by entering the password and login in the appropriate fields.

On the left side of the screen there is a navigation for cartography. The top of the three buttons is shown as a triangular arrow. By clicking on it, the user is shown his current position. Convenient option is not used very often.

The two other buttons have “+” and “-” on the icons. It is easy to guess that they scale the map. The function is used when viewing the entire route or during a more detailed view of individual sections. In the desktop version of the PC, the option is duplicated using the mouse wheel. 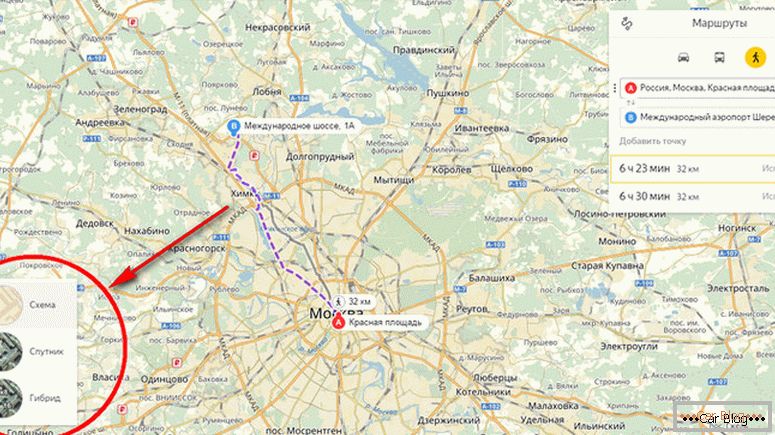 The software package from Yandex provides visualization of maps in several formats:

In the lower left corner for this option the “Layers” button is used. The user independently determines which mode is more comfortable for him to read information. Often, satellite images give maximum information and improve the perception of real objects. Cards in this format have sufficient detail. However, it is worth considering that this mode is not provided in all regions.

In order to feel more comfortable on the ground, the maps from the largest domestic search engine are equipped with the mode “Street panoramas and photos”. The icon has a stylized look of binoculars and is located in the left corner. The most visited tourist or significant places in the location have photos of real objects. This allows you to assess in advance the area to which you aspire.

More rarely are the other buttons located on the bottom panel: print, share and feedback. They help to place the link on the social network, print the required map section to the printer and send a message to support the service.

Working with maps on mobile applications is similar to the functioning of the browser version. All functions are duplicated and displayed correctly even on small screens. The difference can only be in the visual arrangement of some virtual buttons.

A feature of mobile applications is the presence of "Night mode". It allows you to translate the interface in a more muted color tones. Also, a gyroscope is connected to the service, which rebuilds the position of the maps depending on the direction of movement of the user.

You can download an offline map to your mobile device. It is worth paying attention to the total size of the file that should fit in your device. After downloading it is necessary to install it and configure it for your use. This will ensure a comfortable use of it during the journey. 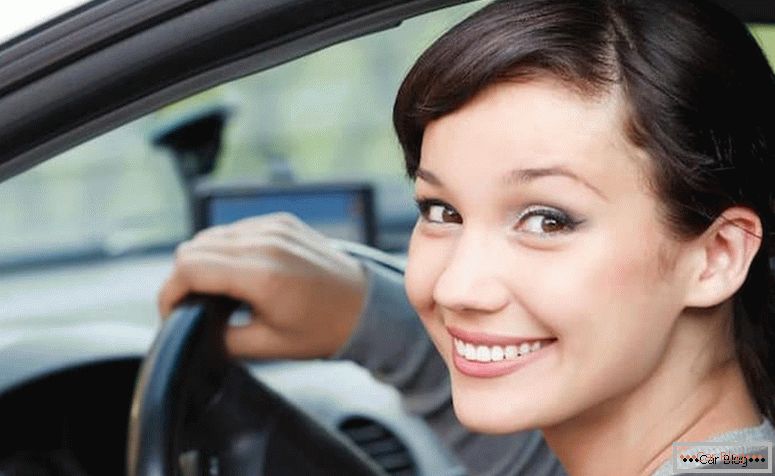 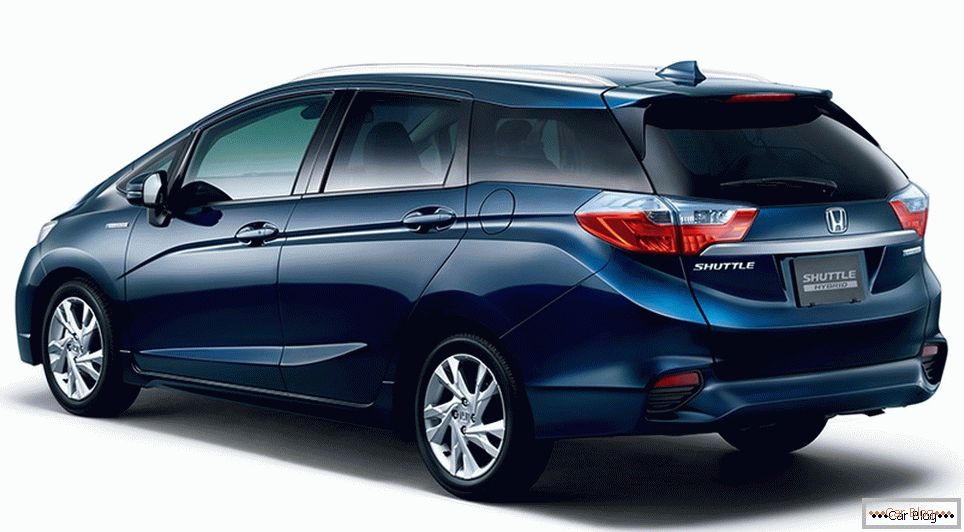