Most car owners buying a new, different from the factory products, a set of wheels, make three frivolous actions:

Such behavior can lead to disastrous consequences, when safely installed wheels that do not touch the suspension and body at maximum angles of rotation, have discs with the “departure” parameter that does not correspond to the factory recommendations. And today we will take a closer look at what a disc is and what it affects.

Each certified disc is marked with information on product specifications. Among them, the most important geometrical parameter - "ET" (disc ejection). It directly affects both the safety of a driver’s life and the premature wear of suspension components.

You need to be skeptical about the sellers' advice about the safety of small deviations of the value of "ET" from the factory norm and especially vigilant - to the council to buy additional spacers to restore factory conformity.

Conclusion: before visiting the store, it is imperative to examine the labeling for your car

The concept of ET (it. "Einpress Tief" - the depth of extrusion; eng. "Offset" - shift) is described in different ways in technical articles and instructions of automakers. However, in many forums there is a confusion of terms: wheel crash, rim, disc. Which of them is correct, regarding what and what flies? Let's try to figure out the crash - what is it? 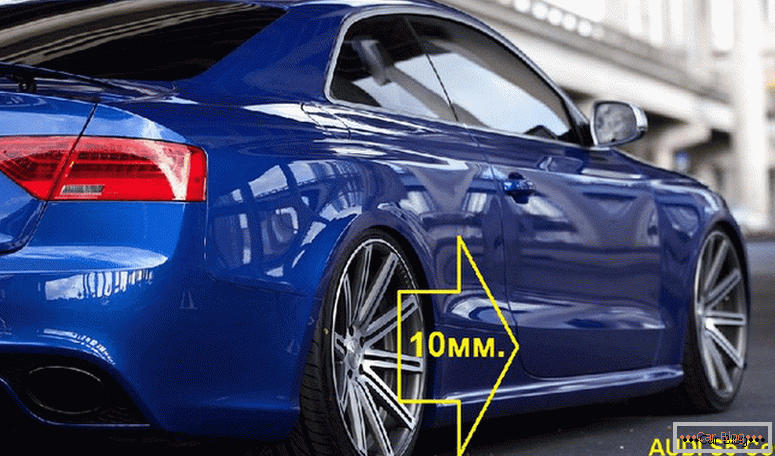 The wheel (in use “disk”, which is not quite right) is the unity of two parts: the disk and the rim welded to it. Even if the wheel is molded, forged or stamped, the essence does not change, therefore it is more correct to speak about the disc's protrusion, its part, pressed against the hub relative to the rim, the longitudinal axis of symmetry of the rim.

Disc overhang (ET) is the amount of displacement, shear, plane of the disc application to the hub relative to an imaginary plane of the longitudinal axis of symmetry of the wheel rim, expressed in millimeters.

Depending on the direction of displacement, the ET can take either a negative or a positive value. If there is no shift, then the value of ET is zero, and the attachment plane of the hub exactly coincides with the axis of symmetry of the wheel.

The formula for determining the magnitude of the departure mathematically describes the above:

a is the value in millimeters from the inner side of the rim flange (the side nearest to the body) to the plane of pressing the disk to the hub;

b / 2 - half the value of the width of the rim (physically means the longitudinal axis of symmetry of the wheel rim). 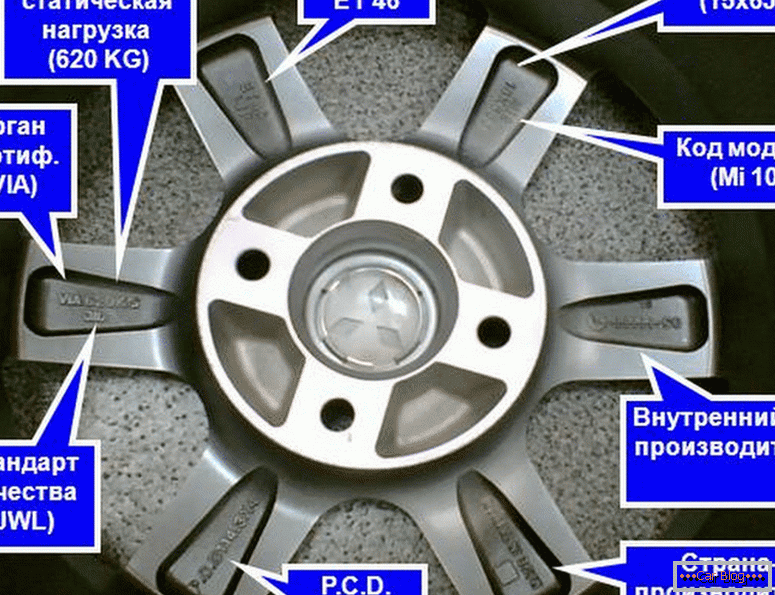 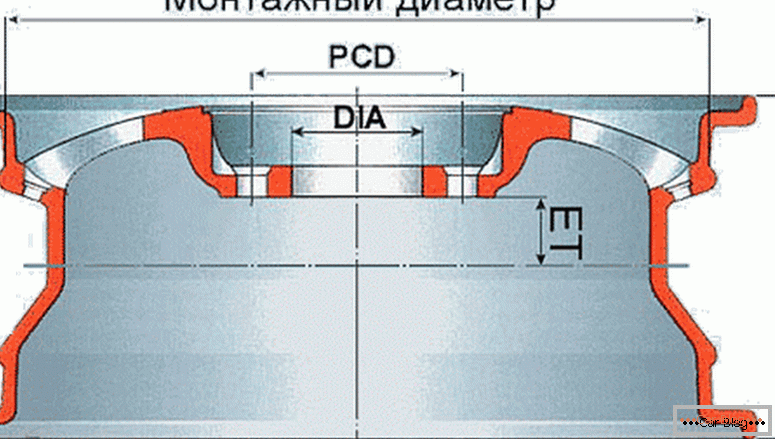 Analyzing the formula, we see that the change in ET:

Conclusions: regardless of the size of the used tires and wheels, each car model has its own estimated departure size, which must always remain unchanged.

What threatens to reject discard

It is considered unacceptable to change the factory value of this important parameter even by a millimeter. The manufacturer sets its own parameter for each car model, based on calculations that ensure maximum stability and controllability of the car. Allowing in the process of replacing the wheels change the disc overhang, the motorist creates the prerequisites for serious changes in the functioning of the nodes and suspension elements. 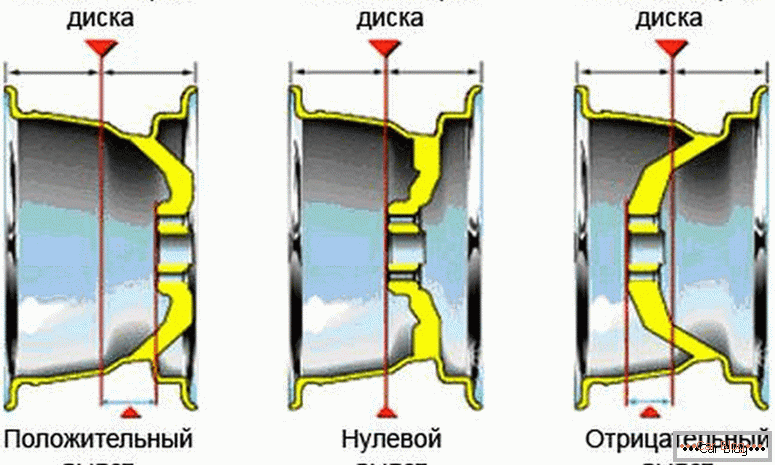 In this case, there may be situations when unforeseen loads of designers will arise. The simplest thing you can get is the premature wear of ball, tips, rubber. Perhaps there will be a breakdown of parts when driving with tragic consequences.

That is why you should carefully choose the wheels when purchasing. Your option, calculated by the manufacturer for a particular car, the most optimal. To pick up the corresponding departure upon purchase is not so easy. It is difficult for a sales consultant to quickly select exactly the disk you like with a beautiful geometric pattern and a corresponding departure. It is important for the seller to quickly and sell more; neglecting the accuracy allows them to realize a greater range of goods.

Why are different parts allowed for one car?

Designers when designing a car as a whole calculate a huge number of parameters, depending on the design features of which, the requirements for individual components and elements, for example, the suspension, follow.

Many know the situation when the same cars, differing only in the type of engine, have different components and parts of the suspension. The question arises: why bushings, ball bearings, tips, levers on them are different? The answer is simple: different engines have different weights, so a different pressure force on the suspension is obtained, and the direction vector of forces may change. 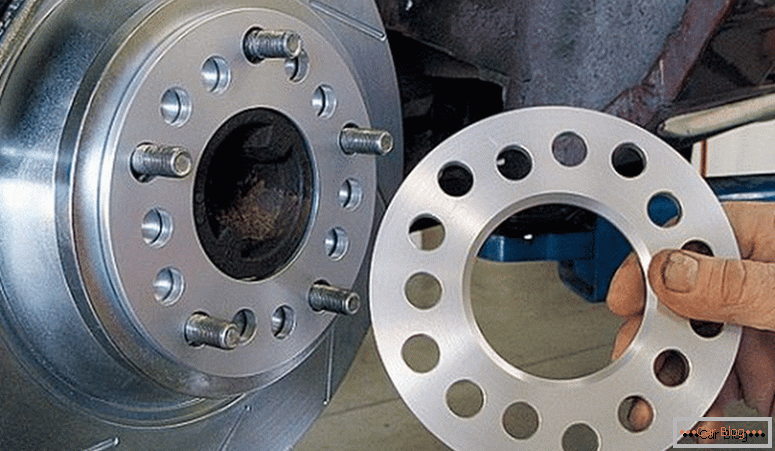 The very design of the car in this case should remain as strong as possible and maintain manageability. At the same time, manufacturers are trying to provide an acceptable cost and lowest cost of production.

At the dawn of the automotive industry, manufacturers laid a multiple safety margin, especially in the nodes of the suspension. Unfortunately, the modern automotive industry is trying to reduce production costs by reducing the margin of safety, so instead of universal spare parts for one car, we have many different parameters at the slightest change.

See also: What to do with a hernia on the wheel and is it possible to drive

Attempting to calculate and determine the effects of the whole variety of forces on the suspension of a modern car is not part of the task of this article; however, using the example of McPherson as an example, a simplified analysis of the effect of loads on the suspension can be made. Here, a simple system of fastening the hub on the axis to the body through a lever through a ball joint and through a rack with a shock absorber is applied. 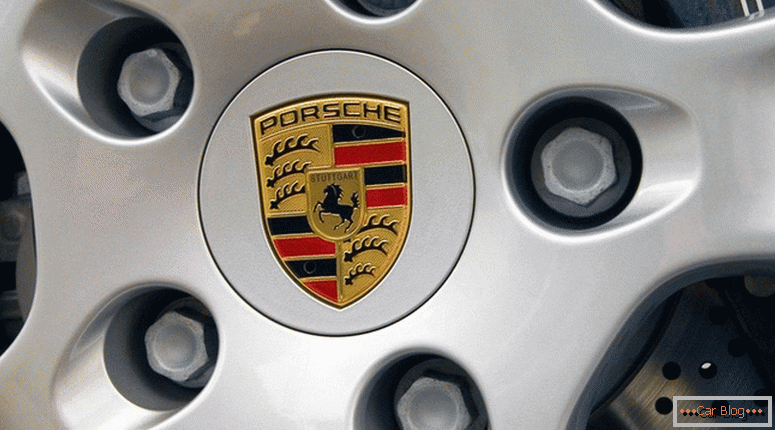 Gravity of the earth, giving mass to the car, affects the whole car. At the same time, one of Newton's laws says: “the force of action is equal to the force of resistance”. Therefore, the mass of the car is evenly distributed on all wheels and is directed from the plane of the surface of the standing vehicle. Contact spots of each tire serve as points of application of forces to the road.

We accept the condition that the car's suspension is technically sound, the wheel alignment is normalized, and the wheels are balanced. As a result, we obtain that the resulting 1/4 of the force of the impact from the total mass of the car will be exactly on the axis of symmetry of each wheel along its width.

There also affects the strut axle. In the same way, the force opposing the mass of the car will act upwards through the same points of symmetry of the wheels. The above forces through the structural features of the suspension affect the bearing of the hub, on the rack with shock absorber and ball bearing lever.

What changes appear when a disc is changed?

The main and only factor affecting the reach after installation is the final position of the position of the longitudinal axis of symmetry of the wheel relative to the vertical hub plane. With a positive departure of the disk application plane, the distance ET will increase. 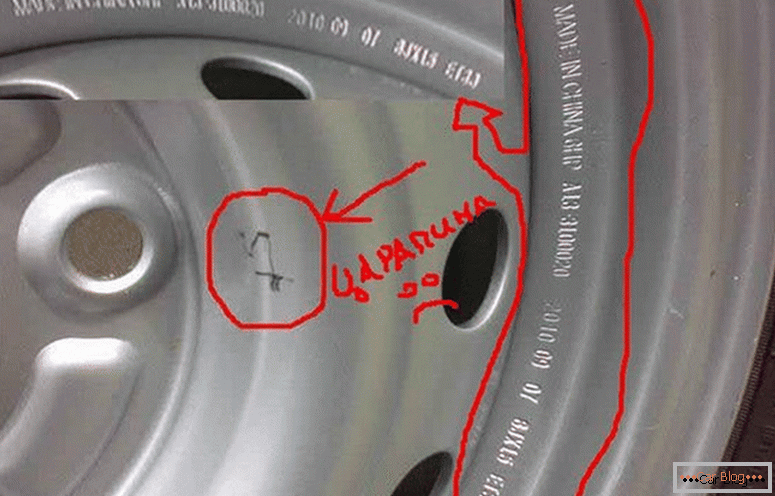 The motorist must understand that the displacement in any direction of the centers of the longitudinal axes of the wheels will violate the design parameters of the ET laid down in the design.

And this is the main thing that affects the disc departure:

In general, a complex of factors in the interaction can significantly and unpredictably reduce the safety of driving such a car. Thus, if we neglect the ET factor and install beautiful wheels on the vehicle that you like in appearance, they are mounted without problems and do not cling to the body or the suspension when cornering, this does not mean that you have a safe car.

In rare cases, only when the departure is positive, in relation to the requirements of the manufacturer, wheel spacers are allowed to compensate for the departure, and it will not touch the arch or wing elements. But it is desirable to avoid such situations if there is a choice. 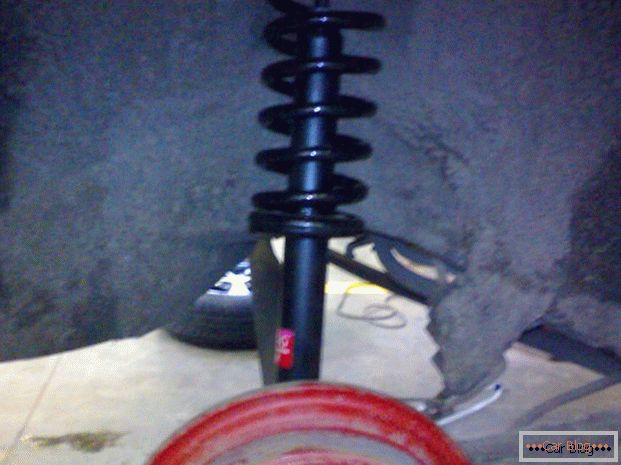 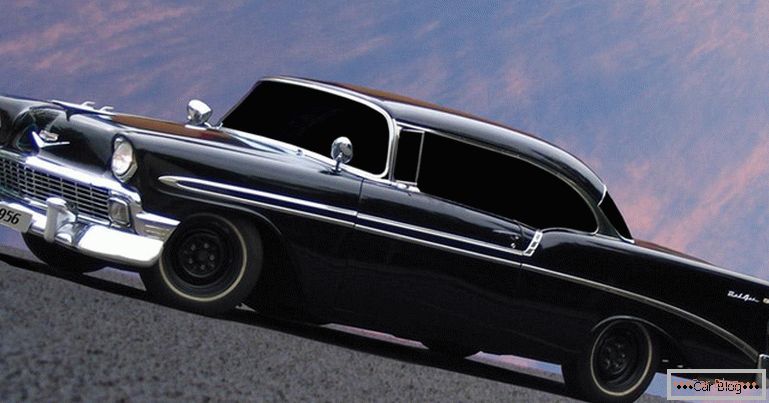