Mercedes GL is a big and honorable car, it is very pleasant to drive it, you feel like the king of the roads. Recently there was an update and now this model is called the Mercedes GLS. This model is based on the Mercedes High Architecture (MHA) platform. This version of GL first appeared 3 years ago, combined with the letter S, indicating that it belongs to the representative class. The appearance corresponds to the latest generation of Mercedes corporate identity - embossed hood, drop-shaped headlights, beautiful bumpers. Aft modern headlights with a stylish bumper. 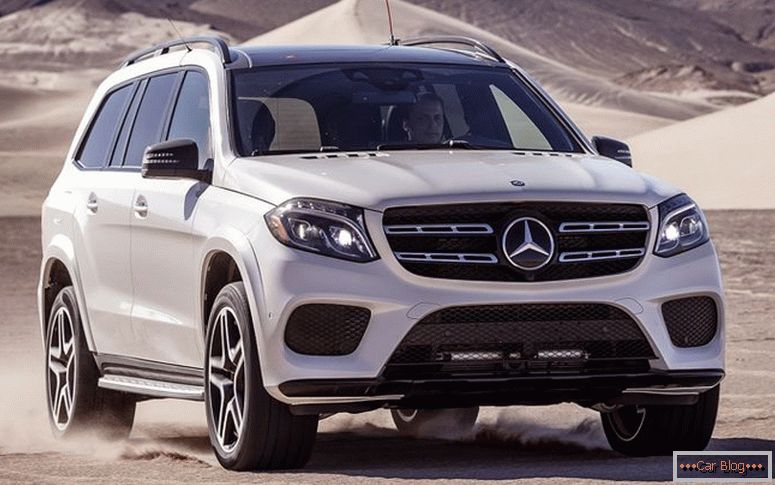 In order for the LEDs to be completely in the car - an extra charge of 1,850 euros will be required, you will get a modified form of the light beam, such headlights will turn after driving. Automatic high beam - this is an additional option for which also have to pay extra.

In the design of the cabin there are no significant changes, in the center there is a compact tablet that sticks out in the front panel. If you order the Comand Online complex for 3,500 euros, which has navigation and the ability to access the Internet, then there will also be a touchpad, which will be installed to the right of the driver on the tunnel. But here it is located not very conveniently, you have to press a hand to yourself, but as the survey of owners of these cars shows, they are satisfied that this touchpad is installed in this place. 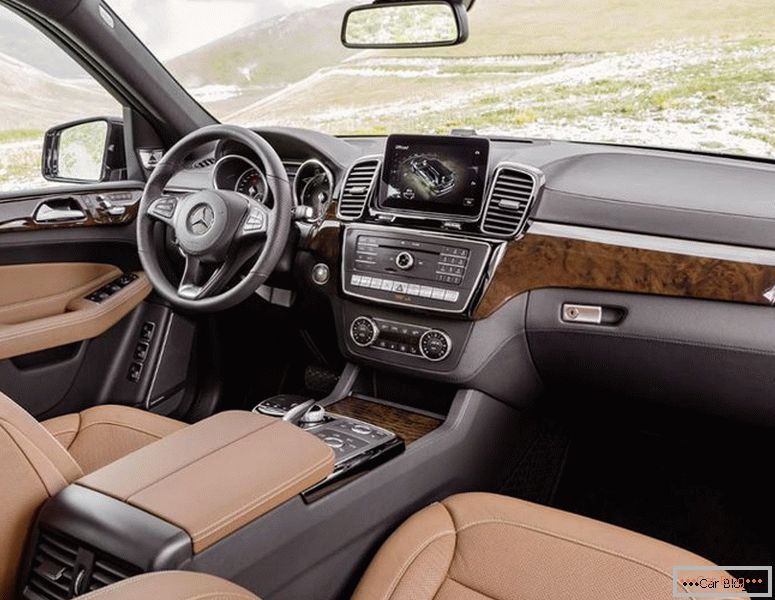 If the basic configuration is a display with a diagonal of 7 inches, then for those who want to stand 8-inch - just pay extra 180 euros.

The instrument panel has become a little different, on all the dials the division price has become less. The new GLS has a 3-spoke steering wheel, which looks pretty nice, but somehow it’s strange that such a steering wheel is in such a big jeep, here it’s better to have a 4-spoke steering wheel, like on an ordinary GL. In addition, just like the predecessor, the GLS did not have the opportunity to adjust the second row of seats longitudinally.

Recommended article: Opel Adam in Russia: photo and price of a German subcompact 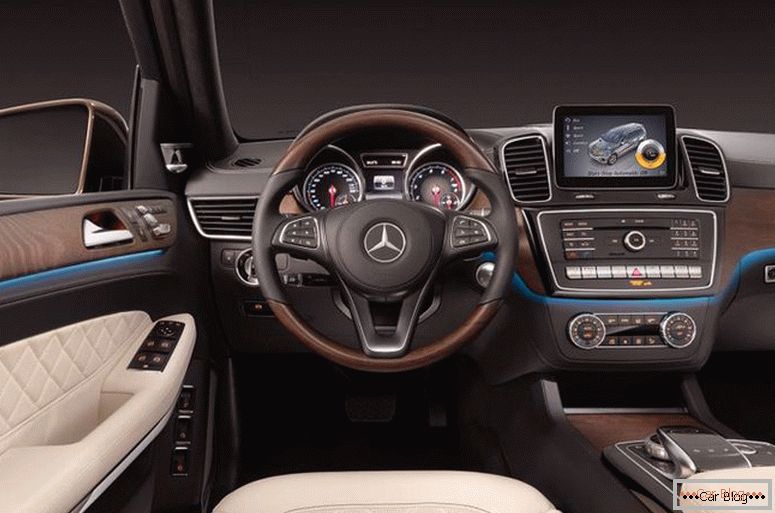 If earlier there was a 7-speed automatic, now instead of it there is a new 9-speed, which showed itself well on the GLE crossover. With the help of the washer Dynamic Select the driving style of the car is regulated, if you put Comfort, then the gearbox will be too smart to sleep, no excitement while driving.

Different engines can be installed under the hood, some of them have passed without changes from the previous generation, for example, the 3-liter V6 diesel engine, which is installed on the GLS 350d version. There is a gasoline V8 biturbo, which is installed on the GLS 500, there have been some changes in it - the control program has been changed, so the power has increased slightly, now its power is 455 l. with. 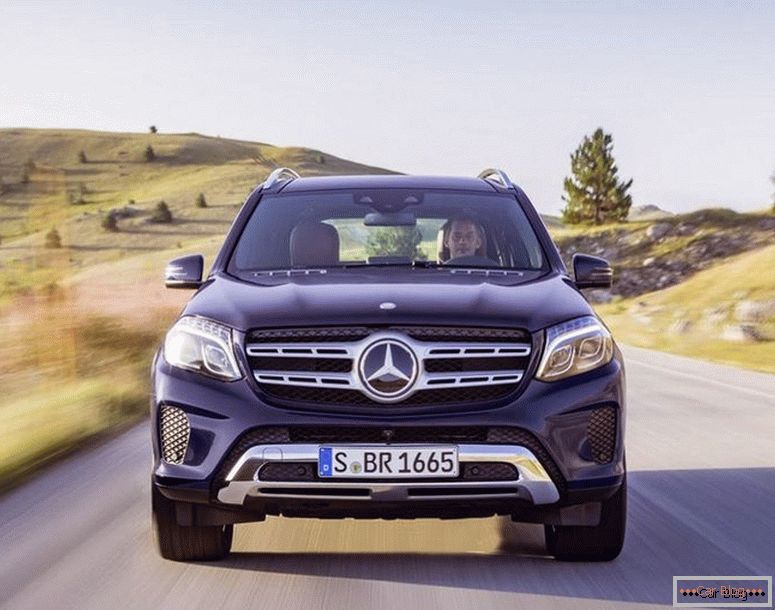 Diesel version for Europe gives 258 liters. with. power, and for the Russian market, the motor was slightly deformed and produces 249 liters. with. There is also a system, urea injection, which must be replenished every 10,000 km. run At the GLS 350 d, the acceleration dynamics is good, it is enough to feel confident on the road, but the GLS 500 is so powerful, it seems that there is plenty of power here. But there is a really charged version - the Mercedes-AMG GLS 63, in which the engine has a capacity of 585 liters. with. This is a really powerful car.

If you additionally pay 3,750 euros, then the GLS will be equipped with active stabilizers, with which the car in corners will hold as well as a sports car, with minimal heels and a pleasant effort on the steering wheel. To make the engine more vigorous and nimble, you just need to turn on the Sport mode. 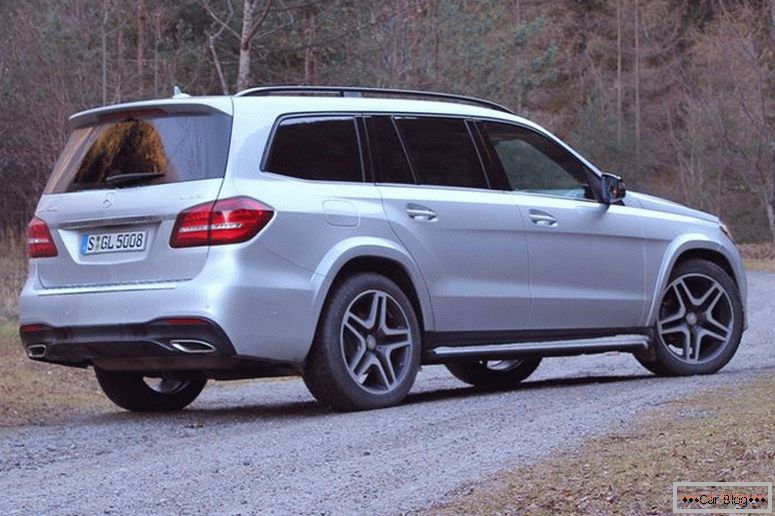 But on such a car is more interesting to drive slowly, because the level of comfort in a car of this model has become even higher. If you get serious irregularities, the car overcomes them nobly, it does not shake, even if the car has large 21-inch wheels. The fact that the car behaves so well on a rough road is the result of the fact that the ADS Plus adaptive shock absorbers are installed.

For the American market, old adaptive shock absorbers are installed in the basic configuration, because the American owners do not find fault with the ride. Still, they have good roads there, of course, as smoothness on any car will be good. On the air suspension, the compressor did not change, therefore, in order for the car to rise to the maximum position when the clearance is 306 mm, 1 minute is required.

At the expense of the hybrid version, it is not yet known whether it will, as the battery requires additional space, for this you have to remove the 3rd row of seats, and Mercedes engineers do not want to do this, as there is a need for 7-seater crossovers. You have to choose either 7 seats or a hybrid car. 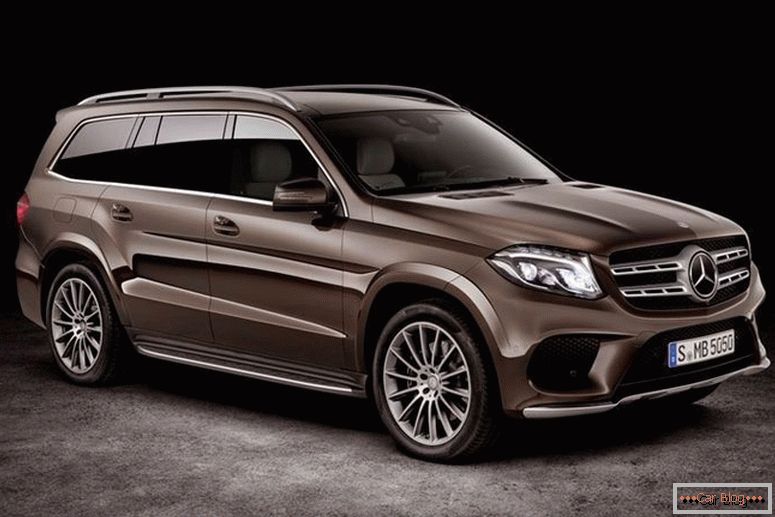 Also, there will not be a long-version of Mercedes GLS in this generation. But when the new platform comes out, then perhaps the next generation will have an even more comfortable version of the Mercedes-Maybach GLS, how much larger it will be, is not yet known.

The past generation GL in the world sold well, you can consider this model successful, only in the United States in 2015, 27,000 cars were sold. This result was only beaten by the Cadillac Escalade, which is even more loved in America.

New GLS in Russia will appear in April 2016, the price for the basic and best-selling version of the GL 350 BlueTEC with a diesel engine will be approximately 4 850 000 rubles. By the way, in 2014, these cars in Russia sold 2 times more than in 2015. The Toyota Land Cruiser 200 has the same statistics. This is how the crisis affected buyers of expensive SUVs. 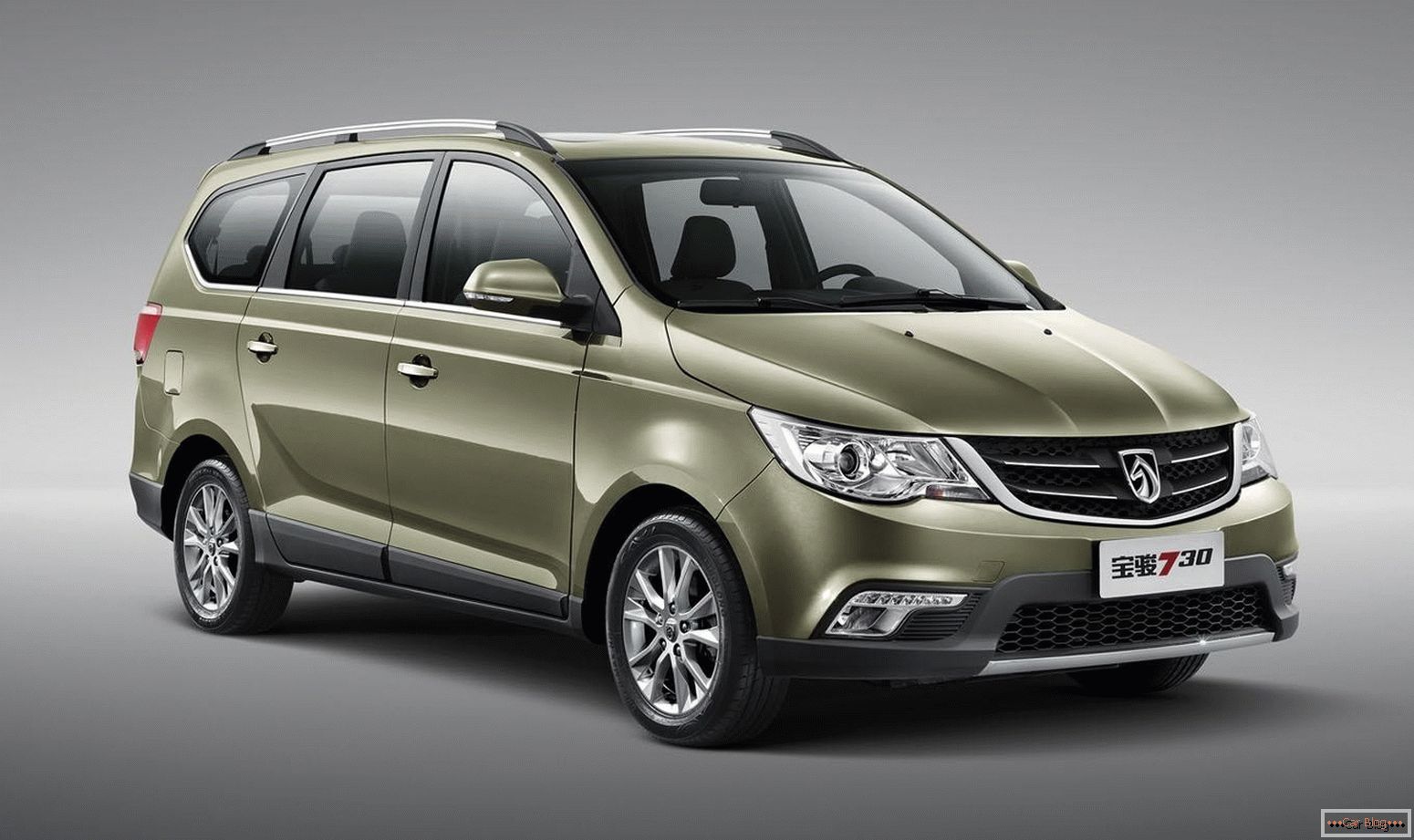 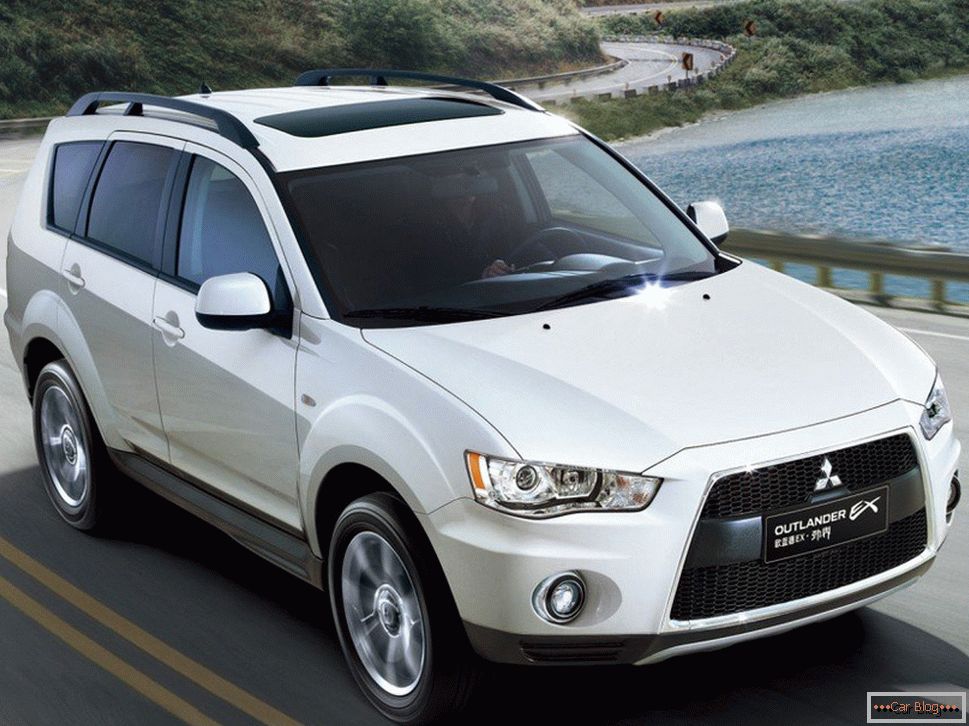 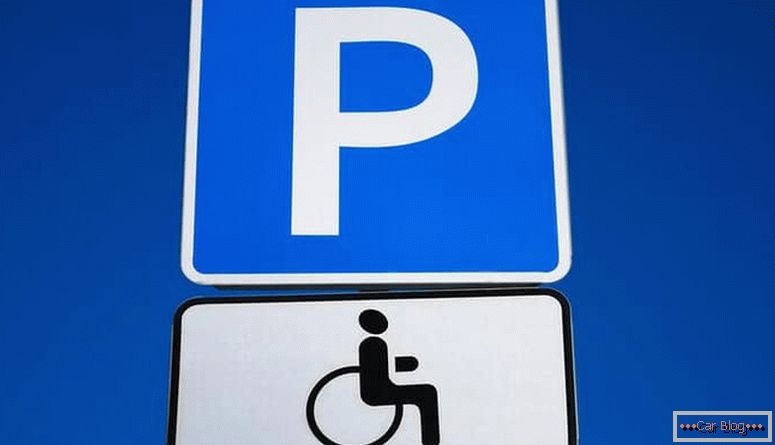 How to quickly learn to drive a car