It is finished - Skoda Kodiak - the first SUV from the Czech concern, located under the wing of Volkswagen AG, is finally ready. Continuing the tradition of the global automotive industry, the creators named the car in honor of the brown bear living on the islands of the Kodiak archipelago in southwest Alaska. This species is the largest of the whole brown family, the same can be said about the Skoda Kodiak. 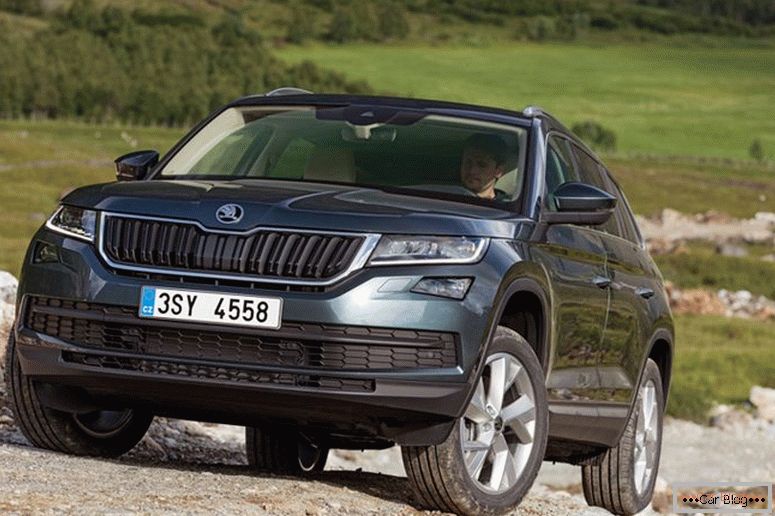 According to other information, the name is associated with the language of the people, living for centuries in the Czech Republic. But how then to explain the size, which is very impressive for an SUV, even for its class? Most likely, this is a fake.

The development of cars has become a logical continuation of the activities of the German-Czech Union. It began more than 5 years ago. In Geneva, the prototype Skoda VisionS was presented in the spring, which is similar to the production model. The official presentation of the serial was held at the Berlin Motor Show six months later - on October 1, 2016.

The first owners of the crossover at the end of 2016 were, according to tradition, the Europeans. And in Russia, sales will begin a little later, in the summer of 2017. It is planned that during 2017 cars will be shipped directly from Czech plants, and from the beginning of 2018 they will be assembled at one of the plants located in the territory of the Russian Federation - in Kaluga or in Nizhny Novgorod.

The Skoda crossover is assembled on the Volkswagen brand MQB (Modularer Querbaukasten) platform, which allows production of cars with different wheelbases. In addition, cars on this basis have the strength to provide maximum safety and comfort for people inside. 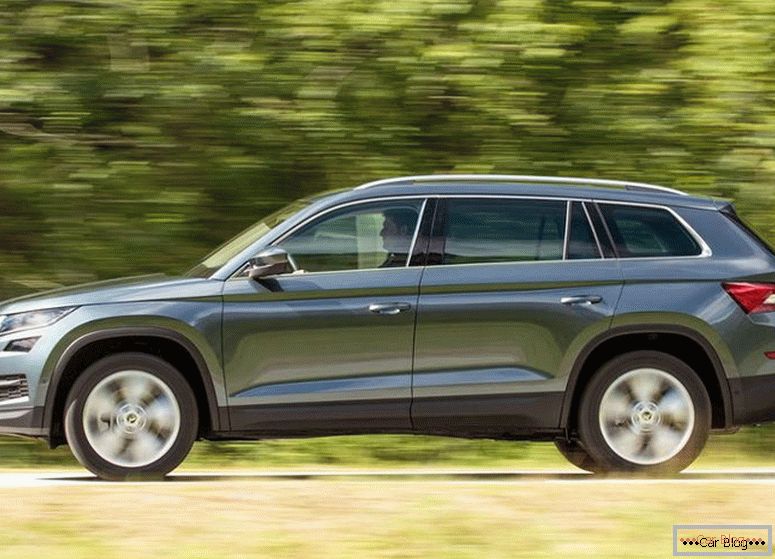 It was possible to reduce weight and achieve lower fuel consumption in the new Skoda 2017 crossover. The first car assembled on this base was the third generation Audu A3. By the way, the second generation Tiguan is also going to her.

Dry figures do not allow even approximately to convey the dimensions of the car, but they are really impressive. By the basic parameters (length, width of the wheelbase and height), the novelty surpasses both the Tiguan and X-Trail.

The length of the car at 4.7 meters allows not only to place a load of 2.8 meters in length, but also to install a third row of seats and turn a five-seater SUV into a car for seven people. On the last row are installed almost full seats, behind which, in the unfolded state, it is possible to mark a load of 270 liters. This approach is focused primarily on the Asian and Russian market.

The distance from the bottom of the suspension to the ground is equal to 190 mm - this is not a lot and not a little, but just the golden mean, which will always allow you to comfortably move within the city limits and not worry about problems outside the city. The Tiguan has a 10 mm clearance, while the X-Trail has a 20 mm increase. The front suspension is made in the classic version - McPherso, the rear is available in two versions: a semi-dependent beam or multi-link. The latter option is found only in all-wheel drive.

The exterior of the crossover Skoda is recognizable. Narrow headlights, overall grille and brand name - this is what immediately catches the eye. The rear end looks especially special, especially the tailgate and unusual rear lights. 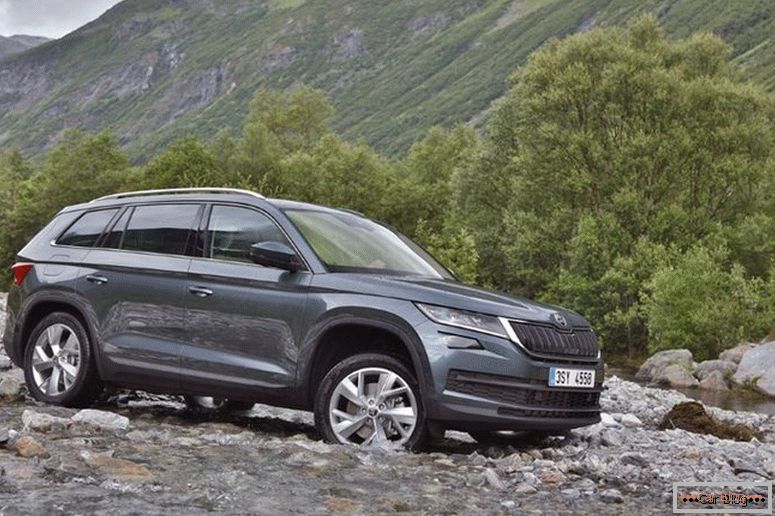 The power unit and not only

Complete with motors, it is planned to install two options for automatic robotized transmissions for 6 and 7 positions with dual-clutch DSG.

Rear-wheel drive will be equipped with Haldex multi-plate clutch. This is a special unit in the entire range of Skoda. It allows you to connect the rear-wheel drive in automatic mode, if necessary. For this, the electronics collects and in a short time processes large amounts of information related to the speed indicator, wheel slip, lateral acceleration, etc. The switching speed is ensured by the constant operation of the coupling in the amount of 10% even when driving on a flat road.

It is impossible not to dwell on fuel consumption. This is no less important than the reliability and comfort of the cabin, to which we will talk about later. It can be assumed that all the titanic work done by engineers was aimed at the minimum fuel consumption, which is, ATTENTION !!! - from 4.2 liters on the highway to 5.7 liters in the urban cycle.

Recommended article: Jeep Compass 2014: do not judge by clothes

In mixed mode, the figure flow is in the region of 4.7 liters per 100 km. To beat in the exercise "Consumption" Skoda Kodiak 2017 fails neither Toyota RAV4, nor Ford Kuga Trend, nor Mazda CX-5 Drive.

The car interior is practical. In terms of size, the Skoda has become similar to a jeep. Quality finishes, materials, ergonomics - all at a high level. In the cabin there are 7 airbags, the driver’s seat is comfortable. In the three-spoke multifunction installed heating. The driver has the opportunity to install the seats with the help of electric drive with the function of memorizing the positions. The front panel is informative and concise. All elements are located, as they say, at hand. 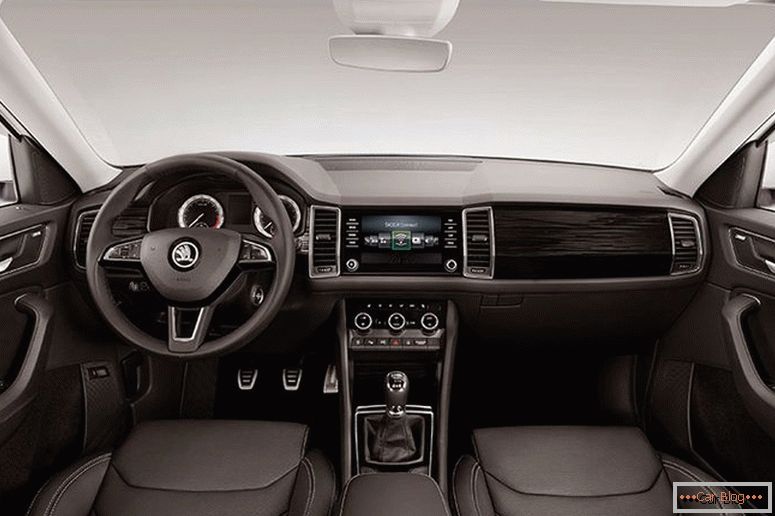 The centerpiece is the touch screen. It is traditionally located in the middle of the panel on the same level with the driver's devices. Without being distracted from observing the road, the driver is able to carry out his vision with a side vision. The resolution of the screen is sufficient to read the information in bright sunlight without straining your eyes.

The second row can be pushed back or vice versa, pushed to the front in order to place the bulk cargo in the luggage compartment. There is a three-zone climate control, but this improvement will be implemented only in cars intended for the domestic market.

As additional options, rain and light sensors, parking sensors and a standard navigation system are offered. You can install alloy wheels from 17 to 19 inches in size, you can also order the installation of the preheater and select the color "metallic".

In the basic configuration for the Skoda Kodiak installed panoramic roof with a hatch, the fifth door will have an electric drive, and optics - LEDs. The multimedia system includes eight touchscreen-controlled speakers.

The possibility of manual installation of the transmission, engine and brake system. At the same time, the Kodiak is a new Skoda crossover, the technical characteristics in front-wheel-drive design allow you to choose one of four standard modes for a comfortable ride: Eco, Individual, Normal and Sport. In cars with all-wheel drive is added another - Snow. 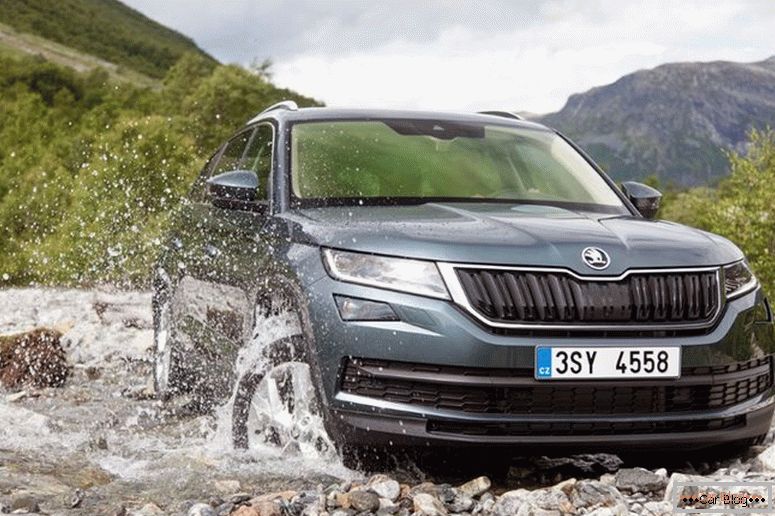 When creating this version of the Skoda Crossover 2017, engineers had to look at the equipment, and the managers - at prices of competitors. Such a pragmatic approach allowed to offer motorists a decent SUV. Today, there are plenty of competitors in the crossover segment. Despite the relatively young age, the concern Skoda managed to surprise motorists and produce a decent car. 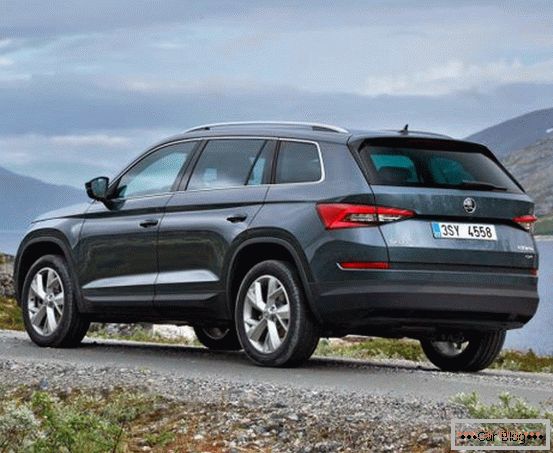 The Mazda CX-5 has greater stiffness than the Skoda. On the one hand, this is a plus, because the SUV is more stable, we predict that the steering works with more feedback. But in terms of comfort - a minus. You can equal the sensations by turning on the Sport mode. After that, the behavior of the car becomes more aggressive and no less hard. Also, the Japanese can not offer two additional seats.

To ignore Kia Sorento will be unfair. Koreans also offer a third row, which follows the same pattern as the Skoda. Sorento is not less spacious and comfortable, and some elements claim to the title of automobile luxury. This, of course, is displayed on the cost, which is more than the Skoda SUV.

And then a video test drive of the new Skoda Kodiak: 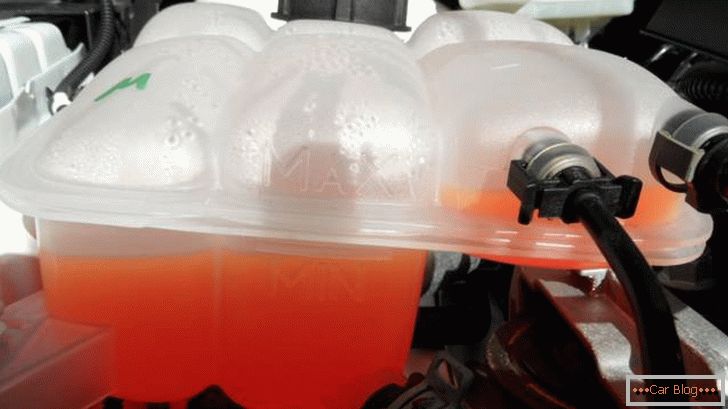 Replacing antifreeze on ford focus 3 do it yourself 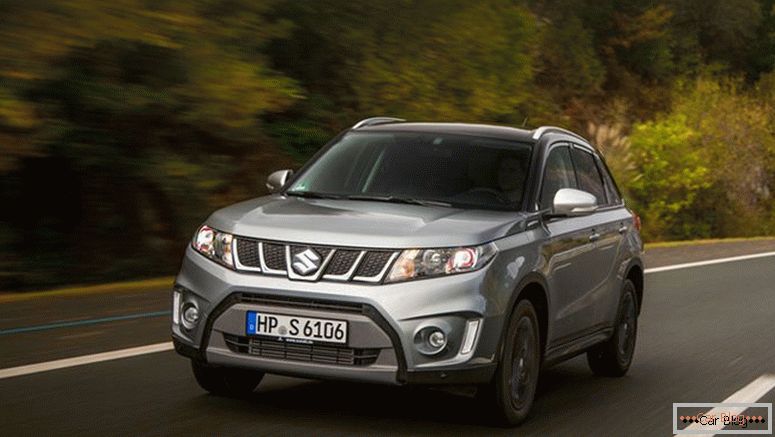 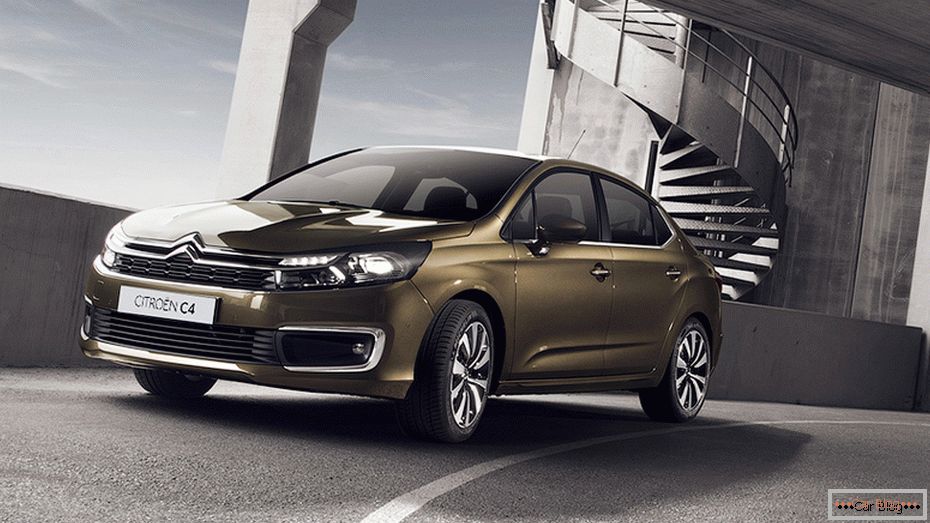 Tuning renault sandero and some improvements on their own