The Kia Optima is an interesting car, it looks very stylish, among the main competitors is the Toyota Camry, which has always sold better than the Kia Optima, judging by previous generations. Yes, this is understandable, Japanese cars are considered the standard of reliability, and especially practical and almost unpretentious Camry. 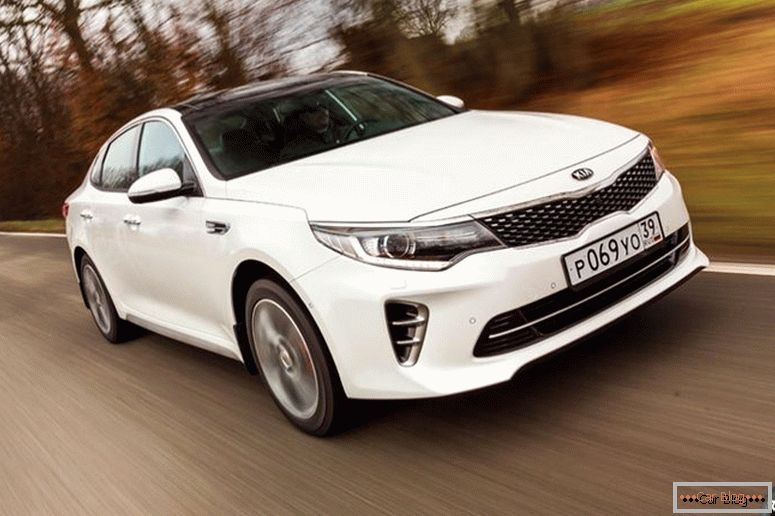 Appearance of the updated Optima

Kia Optima looks dynamic, if you look at her in profile, you can see the silhouette of the fastback. The headlights are located in the corners, the rear pillar is bent quite original. There are even false air intakes on the wings, and muscular lines are visible on the hood. 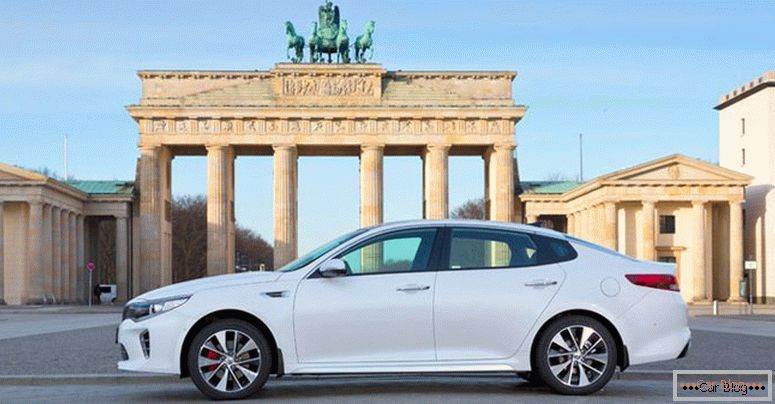 In the new generation, the dimensions have not changed much: the length has increased by only 10 mm. and is 4855 mm., but the width has increased by 30 mm., thanks to the wider wheel arches and equal to 1860 mm., the height is now equal to 1485 mm. In the Russian versions, the clearance will be 155 mm., And the Europeans will be only 135 mm. ground clearance.

In the design of the exterior, some new lines have appeared, which made the design of the car slightly more modern. But inside the cabin remained the same instrument panel and a small 8-inch multimedia touchscreen display.

But besides external transformations, there are also internal transformations - in the body, 2 times more high-strength steels were used. There are also more adhesive joints. All these innovations have improved torsional rigidity indicators. Now this figure is 1.5 times higher than its predecessor. This means that the car will be able to better show itself on crash tests. High-strength steels are now 51% higher compared to the old Optima. 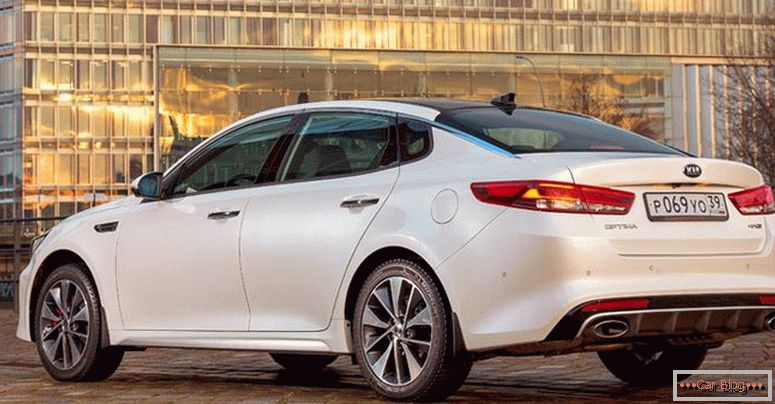 The previous generation Optima crash test earned 3 stars, which is not particularly good. But the Toyota Camry the same test was even worse, but the result was worthy thanks to the body amps. Such a Camry, which uses body amplifiers, will be sold only in America, but Optima will use new body technology for markets in all countries of the world.

In Kia Optima can be installed various power units. There are diesel versions with a capacity of 141 and 180 liters. with. They are 7-speed automatic. In the States, there are already versions with hybrid motors that can be recharged. And in Korea there are versions that run on gas, they can be distinguished by the name, in which there is LPG. 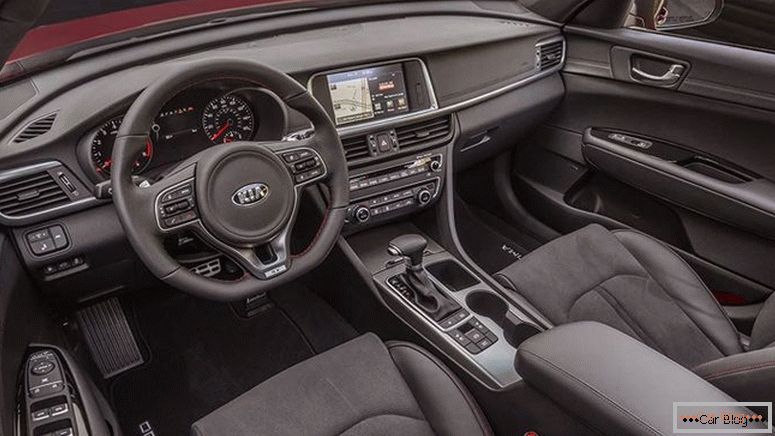 More expensive equipment with powerful engines can be visually distinguished by the front bumpers, which do not have a fog light, and the rear exhaust pipes are double at the back. The GT version can also be distinguished by red calipers on all wheels, door sills in body color, GT logos on the backs of the seats. Also in this version, stiffer silent blocks are attached to the suspension, and the electric power amplifier is on the rail, which led to a greater responsiveness of the steering wheel.

Feeling behind the wheel

The steering wheel is now new, it has a thin bezel, and the door armrests have become more gentle. It’s nice to sit behind the wheel, not as comfortable as in a BMW, but about the same as on a Toyota Camry. 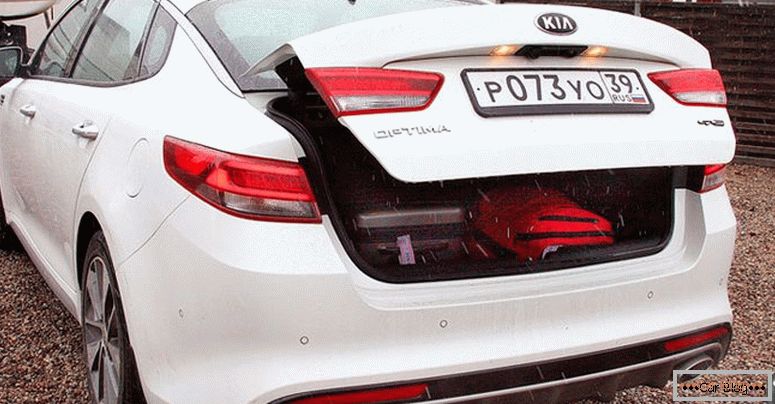 The amount of luggage remained the same as its predecessor, 5 liters more. It can be opened using a button that is located on the key. But the trunk will open in half, the hand will have to help the lid. Also appeared and contactless system, with which you can stand near the trunk with a key, after which the lock is unlocked and the lid rises slightly, but then you have to lift it with your hand.

When the version of Optima GT Line without aspiration goes, it feels how much more confident it is compared to the previous model, which has a 2.4-liter engine. The power of the new car increased by 8 liters. p., which does not particularly affect the dynamics, the car reacts quickly to the driver's actions. Insulation in the cabin has improved, it has become quieter, but the tires can still be heard, but not so clearly. The suspension of the new Optima is energy-intensive, copes well with irregularities, but at a speed a tremor from bumps can be transmitted to the seat and steering wheel. 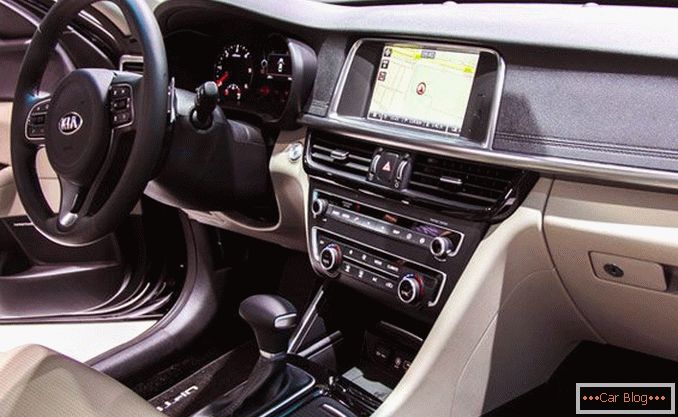 As for the box, here is used automatic transmission on 6 steps, which works in economy mode - does not allow to drive at greatly increased revolutions. To really feel the drive, you need to switch to the sport mode, then the switch will occur differently. After 5000 revolutions per minute, the gearbox shifts.

Fuel consumption in the new Optima with a capacity of 180 liters. with. quite low - 9.1 liters per 100 km. run in the combined cycle.

Version Optima GT with a 245-horsepower engine per 100 km. consumes 9.4 liters of run, not much more, but it is more frisky, it is much nicer to ride it. And thanks to the electric booster, which is mounted on the rail, the car has become really more responsive to the actions of the wheel. 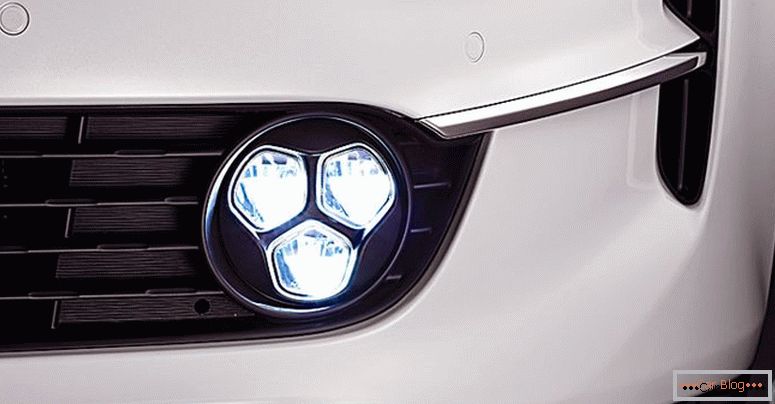 The car accelerates to 100 km / h in just 7.4 seconds, and the maximum speed is 240 km / h. And the price of the Kia Optima GT is quite low - in Russia only 1,720,000 rubles are asked for it, for this money the car will be equipped with adaptive headlights, a rear-view camera, leather interior, parking assistant, navigator, contactless charging for devices and high-quality music Harman Kardon.

Pretty low prices for such a high-spirited and beautiful car. In this class, only the Hyundai i40 can be cheaper, the price of which starts from 1,039,000 rubles, this package includes a 1.6-liter engine with a capacity of 135 liters. with. The machine is much weaker, although it is not much cheaper. 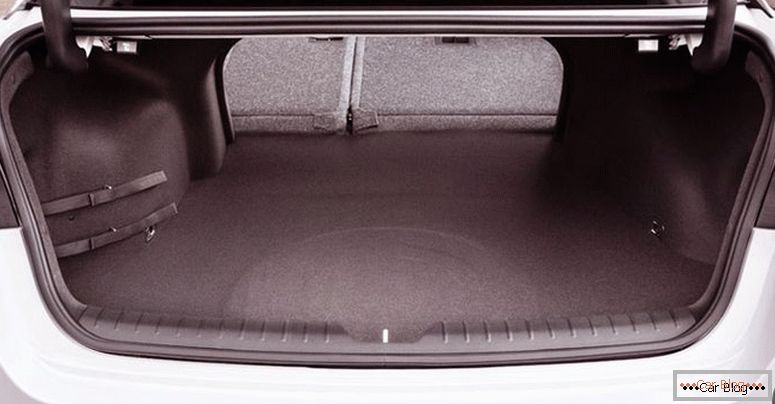 Other competitors such as the Mazda 6 or Ford Mondeo are more expensive, prices start at 1,200,000 rubles. And Toyota Camry is even more expensive - from 1 300 000 rubles.

True Toyota Camry in its class really leads - for the year sold about 30,000 cars. KIA Optima does not sell as well - only 3,100 cars a year. But the growth is clearly there, because the past generation has become better sold for about 7.5%, but the new generation will be able to provide an additional increase in sales. By the way, there are fewer competitors in the Russian market, now there will be no Honda Accord, Nissan Teany and Opel Insignia.

The KIA believes that it is necessary to increase activity, in 2015 the market share was 11% of the market, and in 2016 they set a more ambitious task - 13% of the market. With the updated car, they may be able to do it.

And then the video with the new KIA Optima 2016 model year: 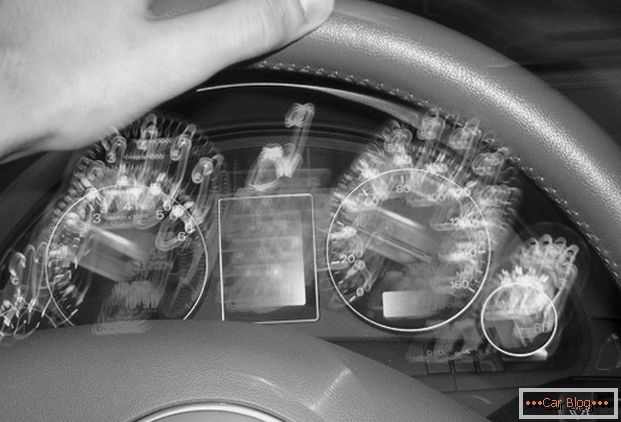 How long does alcohol get excreted? 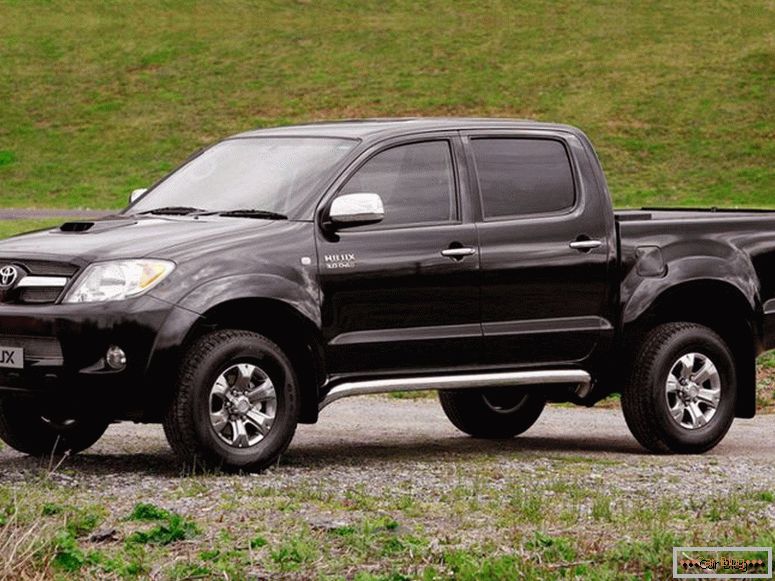 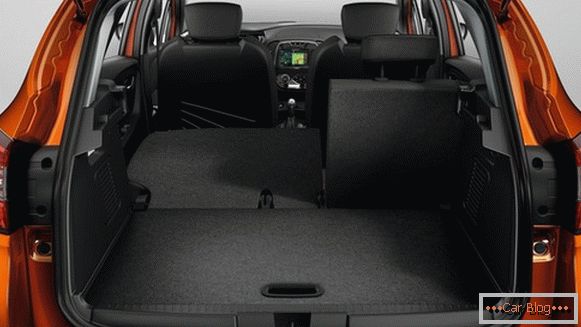