Many motorists are accustomed to perceive low-cost crossovers as low-quality cars. Nevertheless, among the majority of modern low-cost crossovers there are enough models that, by some criteria of reliability, expensive SUVs bypass the head. Unfortunately, Russian highways leave much to be desired, especially on the periphery. Therefore, Russians are increasingly beginning to choose a SUV, because they combine the best qualities of a car and an SUV. The owners of inexpensive crossovers are mostly satisfied with their purchase, because manufacturers are trying to maximize the technical performance of cheap analogues of expensive cars. 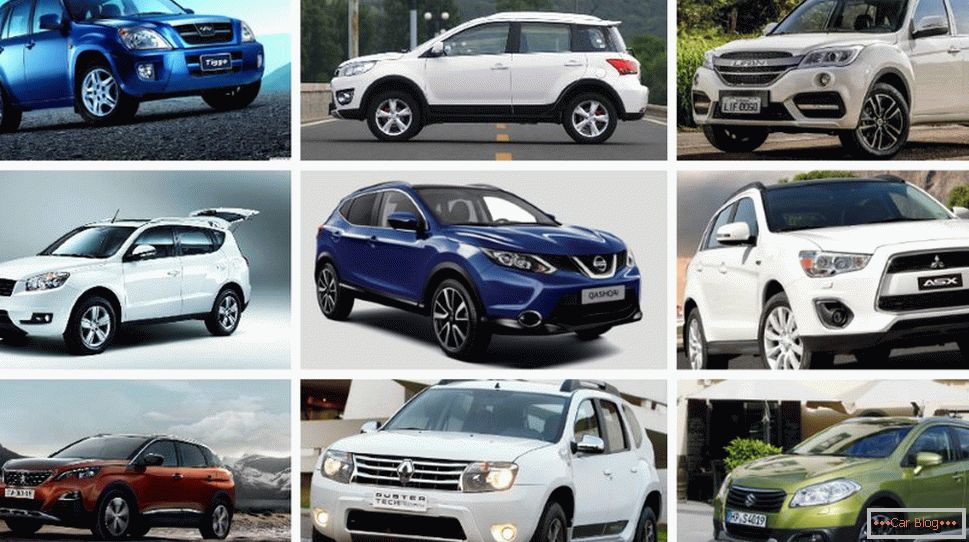 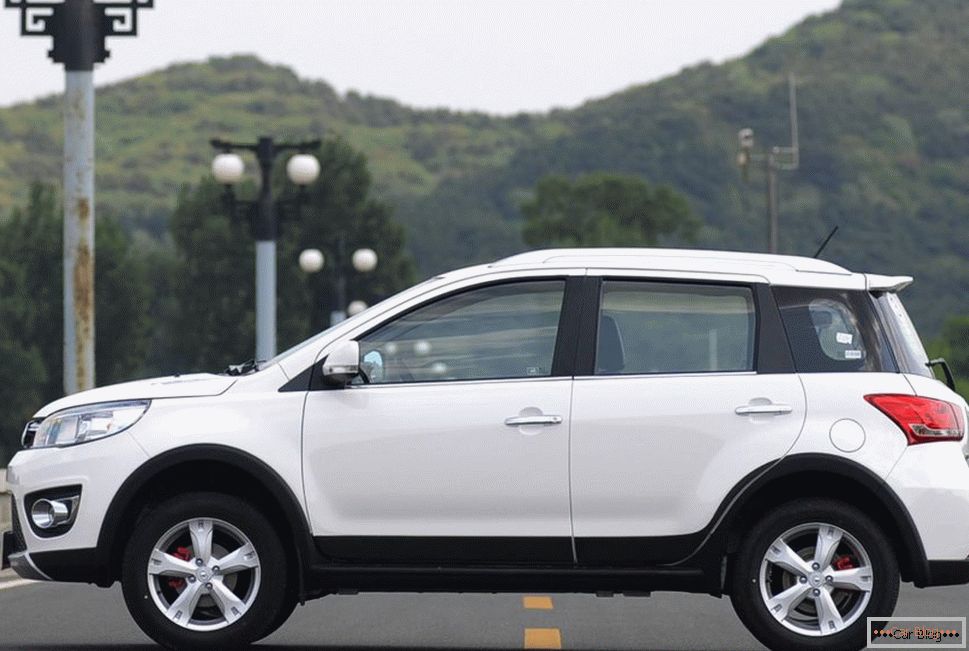 Great Wall M4 Hover - a popular model from China. It is becoming increasingly popular in Russia. After a successful start of sales in the Russian market, the Chinese automaker began to equip its cars specifically for Russian consumers, while using minimal costs. The car is equipped with an engine capacity of 1.5 liters. and a capacity of 104 liters. with., mechanical five-speed gearbox (in the future they are going to produce with a gun) and front-wheel drive. It has a roomy trunk of 1100 liters. Consumption is also small - 7.6 liters. on 100 km. For greater ride comfort, the SUV is equipped with an anti-lock braking system (ABS), air conditioning, a computer, and power windows. For safety, the car has two airbags and central locking on the remote control. The price of such a crossover is from 490 000 rubles. 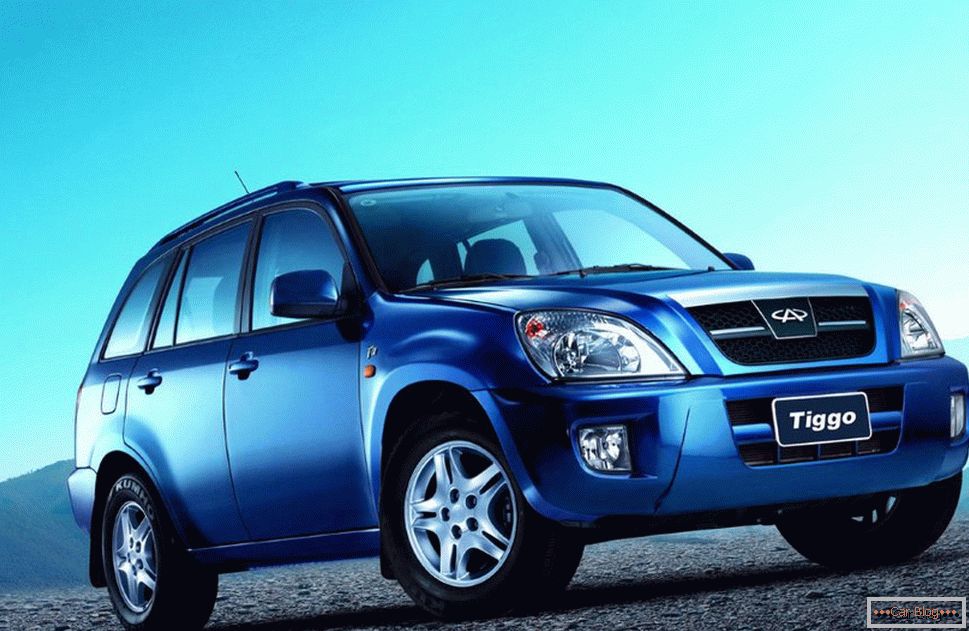 Chery Tiggo is also a very popular Chinese-made crossover in Russia. He liked the different age groups. The owners of these inexpensive cars mark a high seating position, a roomy trunk, a spacious interior and a lot of accessories for travel comfort. New SUV models are available with a 1.6 liter gasoline engine. and a capacity of 119 liters. with., 5-speed manual transmission and all-wheel drive. Safety is ensured by anti-blocking devices and brake force distribution, two airbags. Also, the crossover is equipped with power steering, air conditioning, heated seats and side mirrors, fog lights and audio system. Mixed fuel consumption is 6.7 liters. on 100 km. The car ideally combines value for money. The average cost is 600 thousand rubles. 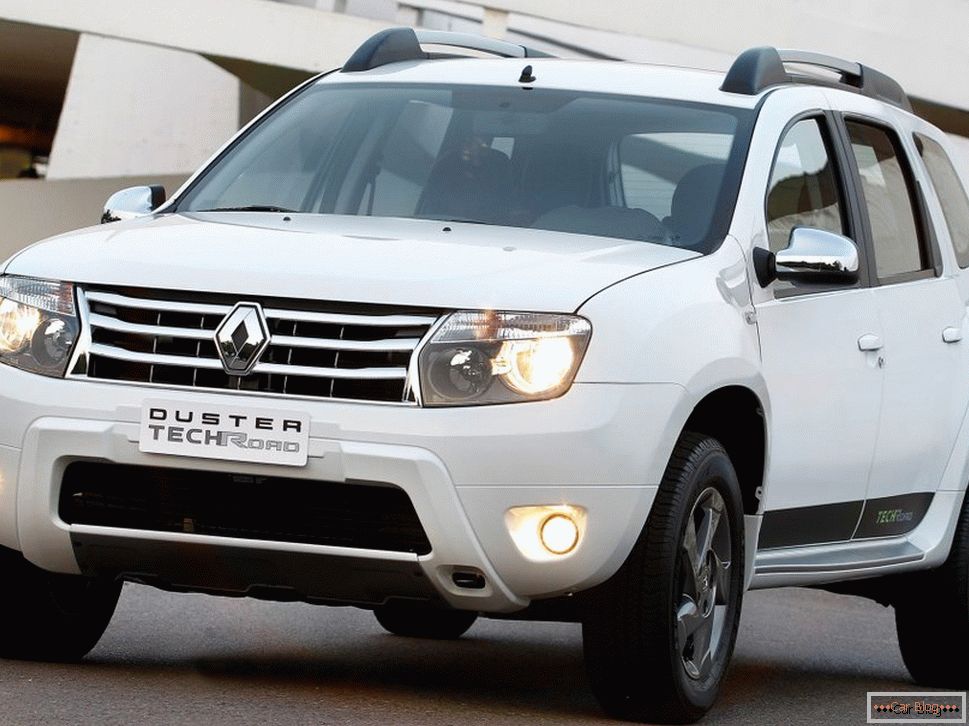 Renault Duster - French budget crossover, which for many years does not go from the attention of fans of this class of cars. They note the beautiful appearance of the car, a spacious interior, high ground clearance and a good suspension. The crossover easily passes on dirt roads and small irregularities. The basic equipment includes a 1.6-liter engine, a five-speed manual and front-wheel drive. Fuel consumption in the city is 9.8 liters., And on the highway - 6.5 liters. for a hundred kilometers. Inexpensive SUV equipped with power steering, ABS system and airbag. It is also necessary to mention the large trunk volume of 475 liters and roof rails for luggage. The cost is kept at around 600,000 rubles.

Nissan Qashqai - compact cheap crossover, which is characterized by increased ground clearance, high handling, maneuverability and a comfortable interior. Car owners also note a high level of terrain on Russian roads. It is completed with a 1.6 and 2 liter engine, a manual gearbox or a CVT. The basic version costs about 800 thousand rubles. Fuel consumption - 7.8 and 5.3 liters. in the city and on the highway, respectively. The budget version of the crossover is equipped with electric windows and heated front seats. For safety, the car has 8 airbags, ABS, emergency braking system, stabilizer and central locking. 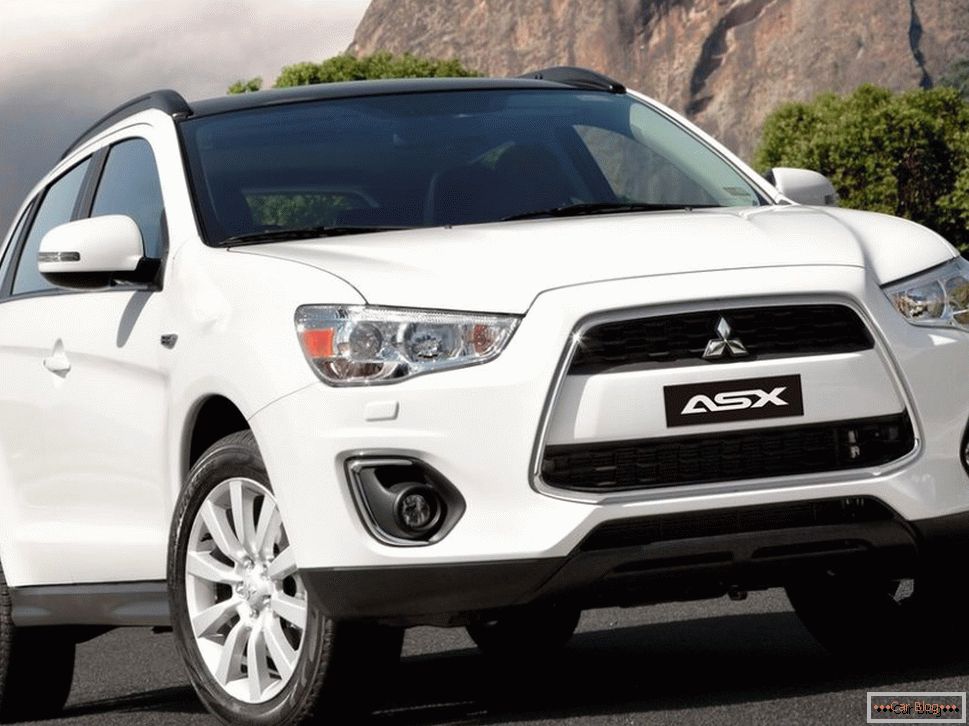 Mitsubishi ASX is a small and relatively inexpensive crossover designed for city driving. High ground clearance will help the car overcome almost any curbs. The owners of these SUVs praise them for good handling and low fuel costs. Average indicators - 6.1 liters. per hundred km. Under the hood is a 1.6 liter engine. 117 liter capacity with. The budget version is equipped with mechanics and front-wheel drive in a simple modification. For convenient operation in the car installed heated seats and mirrors. Airbag is for the driver and passenger. Also, the car is equipped with anti-lock systems and brake assist. The cost starts from 800 thousand. 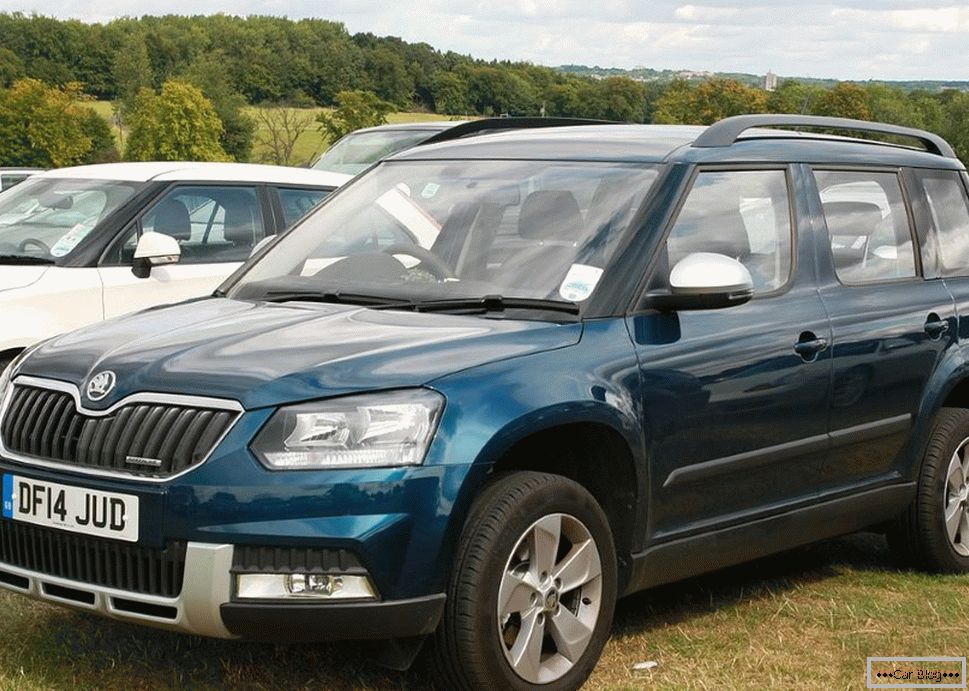 Skoda Yeti is an inexpensive and reliable crossover that for many years travels along the roads of Russia. The main advantages of the car are running, low fuel consumption, a comfortable lounge and low-cost maintenance. The price of the SUV - from 900 000 rubles. Engine capacity of 1.8 liters. capacity of 152 liters. with. The drive is full, Automatic transmission. Mixed fuel consumption - 8.2 liters. on 100 km. The car is equipped with airbags, immobilizer, brake force distribution system, ABS, BrakeAssist, electric windows on all doors, dual-zone climate control, heated electric mirrors and keyless entry system. 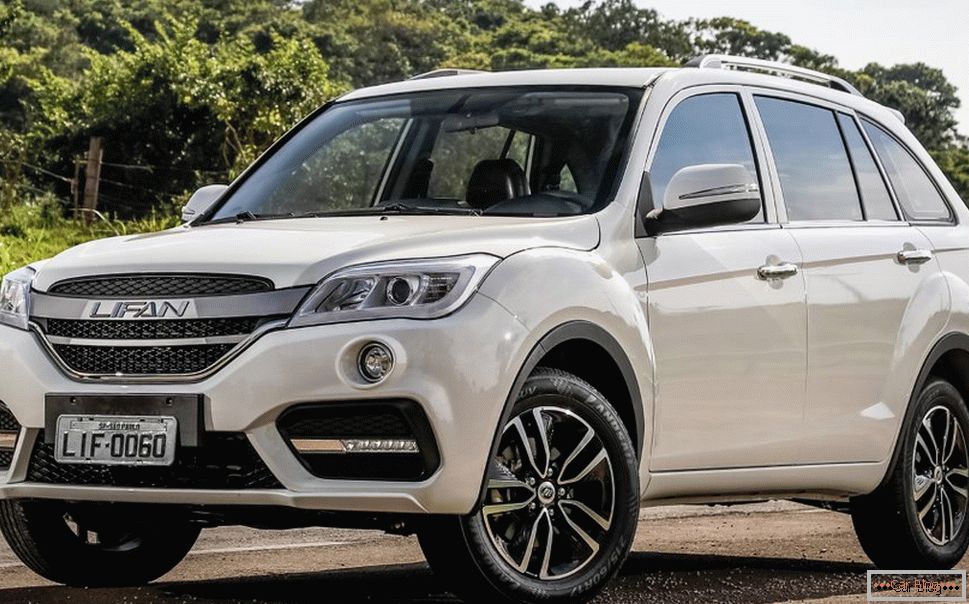 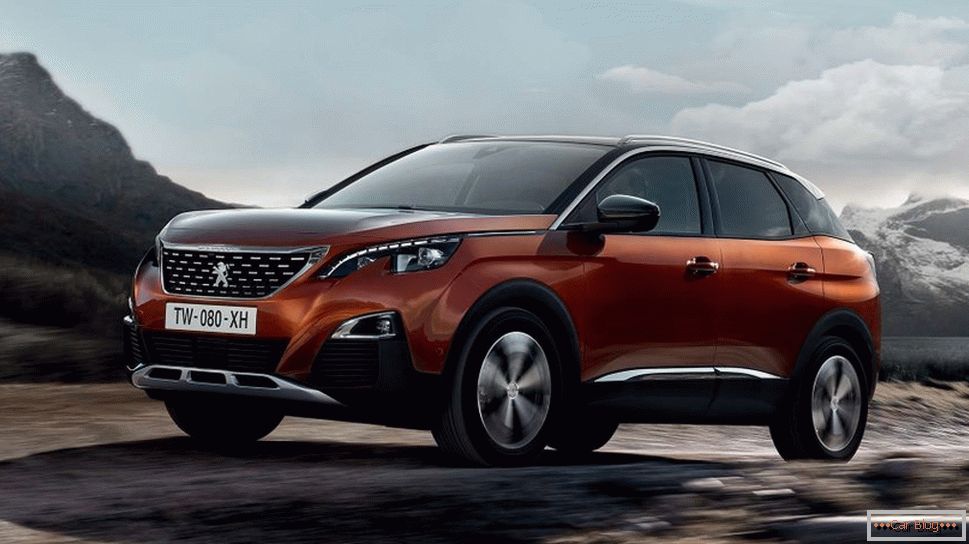 Peugeot 3008 is considered to be a reliable and inexpensive crossover, despite the lack of all-wheel drive. It is characterized by excellent handling and maneuverability on snowy roads, soft suspension and good noise insulation. Under the hood is a 1.6-liter engine with a capacity of 150 liters. with. Average fuel consumption - 7 liters per 100 km. The car is equipped with modern devices: power windows, climate control, heated front seats and electric mirrors, a tachometer, an on-board computer with autodrive and an adjustable steering column. For safety and protection against intruders, the machine has: central locking, ESP, anti-theft device, Airbag airbags, brake force distribution, anti-lock and BrakeAssist. Such an SUV in a simple configuration, you can buy up to a million rubles. 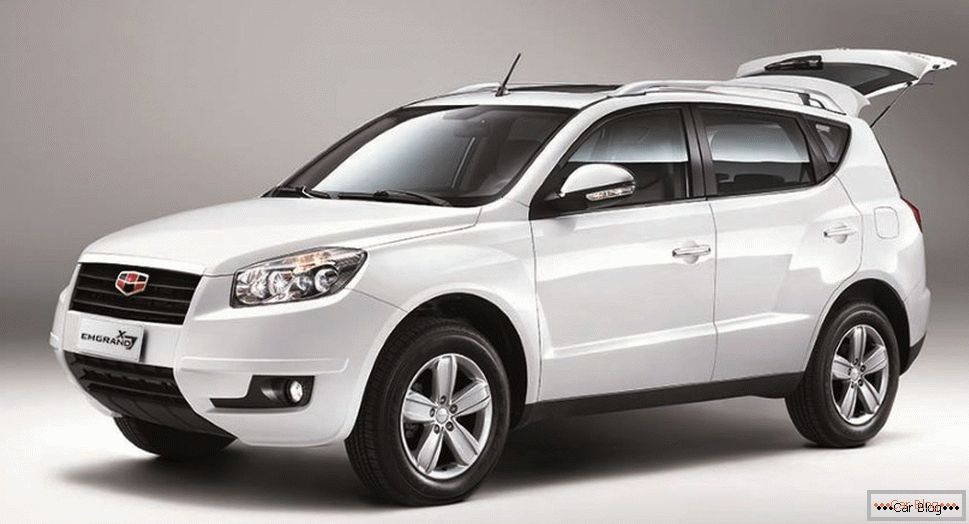 Geely Emgrand X7 - a small crossover from a Chinese manufacturer. The owners of these SUVs note that this model is the perfect combination of price and quality. The budget option has a good suspension and confidently behaves on the road. Specifications: engine 2 liters., Power 136 liters. with., 5-speed manual, front-wheel drive, fuel consumption of 9.4 liters. in the city and 5.7 liters. on the highway. The crossover is equipped with an on-board computer, auto air conditioning, a light sensor, electrically heated seats and mirrors, Smart Entry keyless entry system. Safety will provide airbags, alarm, centralized lock, immobilizer, devices, EBD and ABS. The price starts from 650,000 rubles. 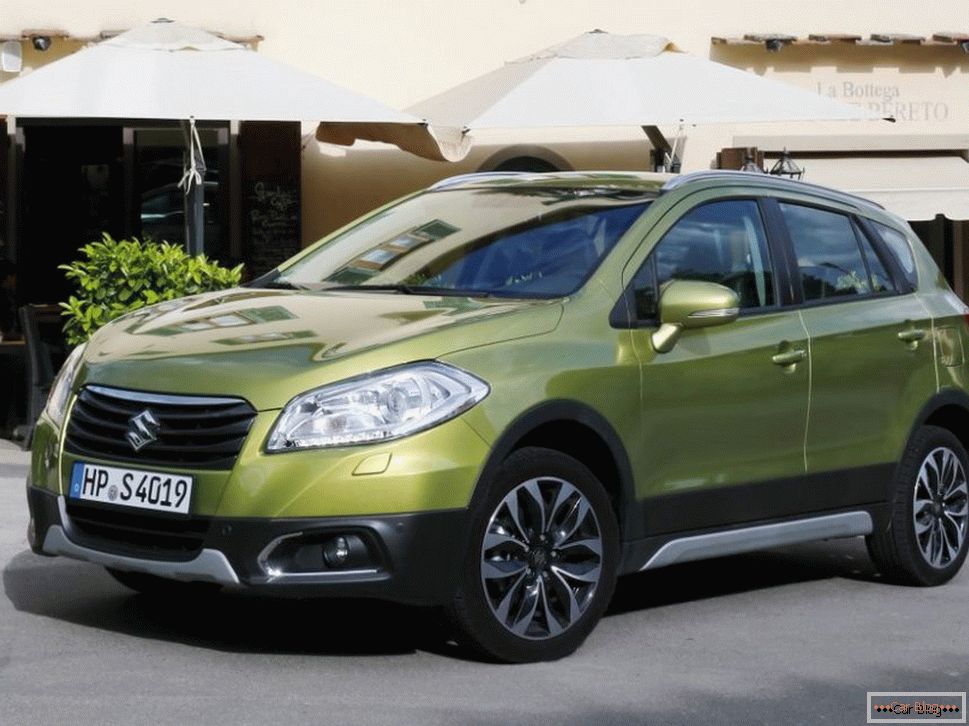 Suzuki SX4 is a small cheap crossover made in Italy and Japan. The new generation of this model is characterized by fuel economy, high-quality approach to comfort and safety. The car is equipped with power steering, air conditioning, front electric windows, adjustable and heated seats, anti-lock and power brakes, front airbags. Under the hood has a gasoline engine 1.6 l., Power 112 horsepower, manual transmission for 5 speeds. The price indicator of such a SUV is up to a million rubles.

Advice to motorists, choosing a budget crossover: pay attention to Russian manufacturers, who are not much different from their foreign counterparts. Among them there are models that are in demand since the times of the USSR, and there are modern SUVs. 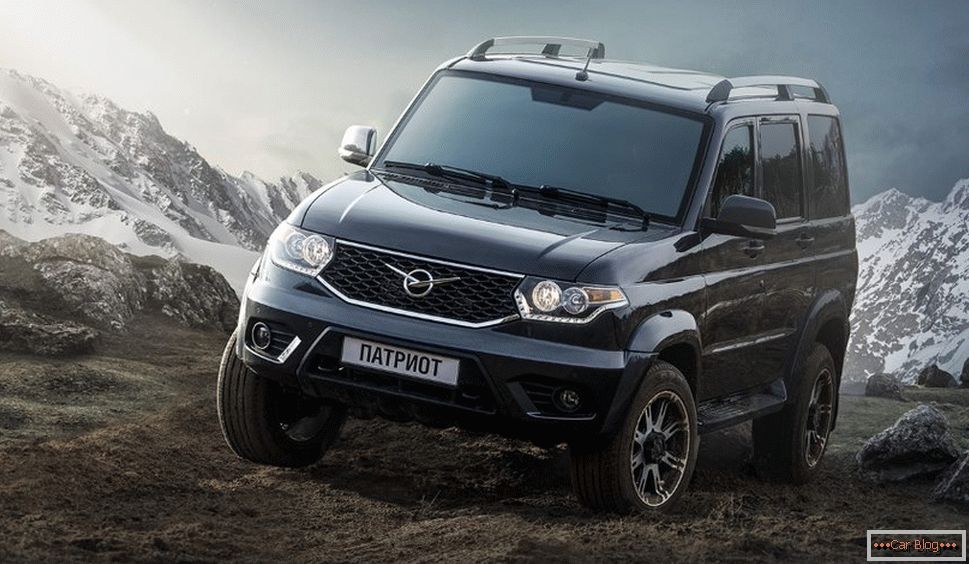 One of the best-selling SUVs in our country

UAZ Patriot is one of the best-selling SUVs in Russia. Its price does not exceed a million rubles. For this price, the buyer is offered a 2.7-liter engine with a capacity of 128 liters. with., manual transmission, four-wheel drive, power windows on the front doors, heated seats and mirrors, car air conditioning, anti-lock system and centralized lock. High landing raises Patriot off-road in Russia. 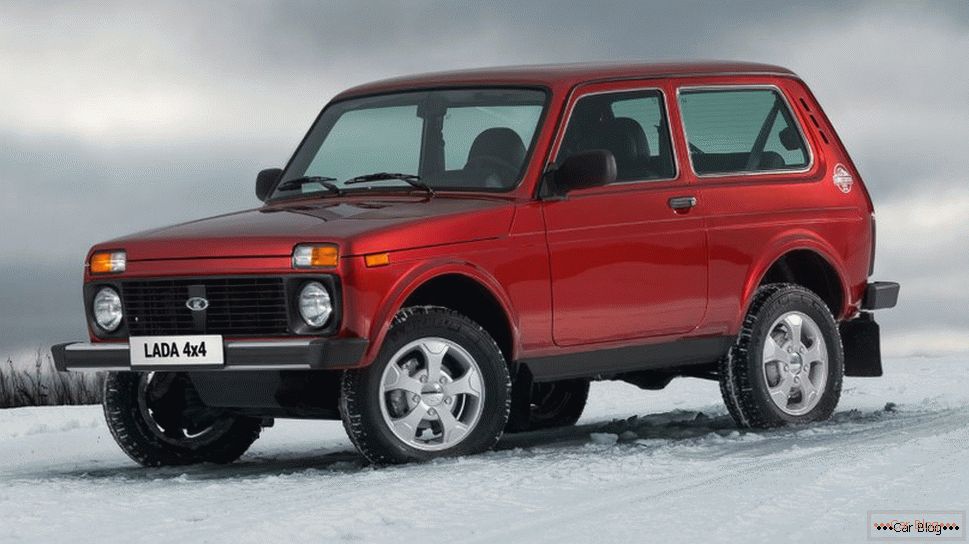 Niva 2121 or LADA 4 × 4 has long been familiar to domestic consumers. For the price is considered the cheapest domestic crossover. Its price starts from 500,000 rubles. Motorists say the high throughput of cars with small sizes. The engine has a volume of 1.7 liters. and power 83 strength. Transmission - mechanical. Average fuel consumption - 10 liters. For safe driving in the car installed brake force distribution systems, anti-lock and brake enhancement. 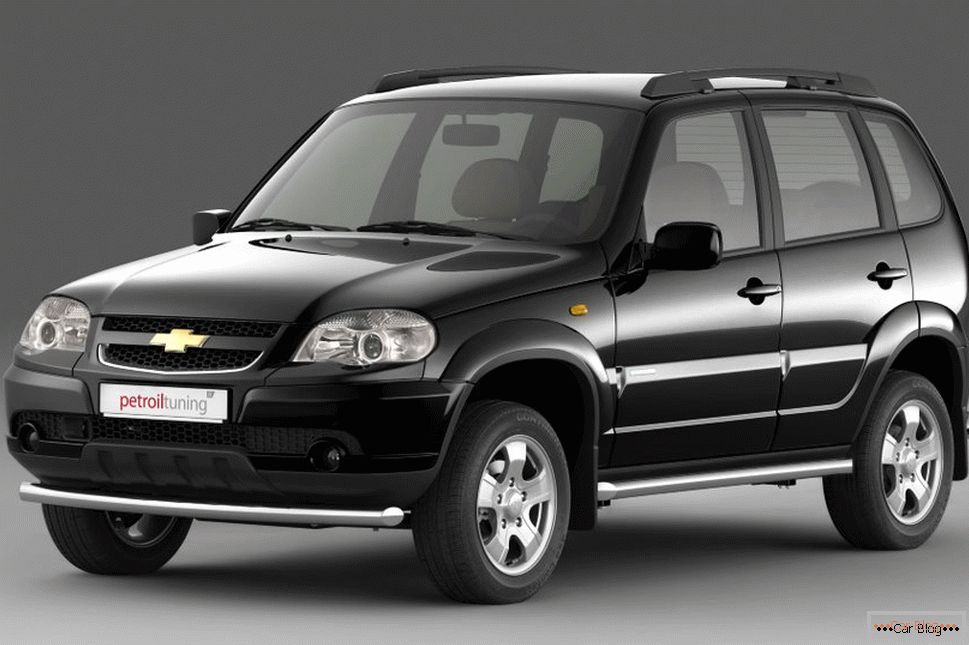 Chevrolet Niva - a great inexpensive car that combines the qualities of an SUV and a family SUV. The high ground clearance of 200 mm, short overhangs and low weight ensure unhindered off-road driving and ascents on the steep slopes of the mountains. 1.7-liter engine capacity of 80 liters. with., manual transmission, four-wheel drive, gasoline consumption of 8.6 liters on the highway - the main characteristics of the crossover for 700,000 rubles. This amount includes air conditioning, heated mirrors and immobilizer. 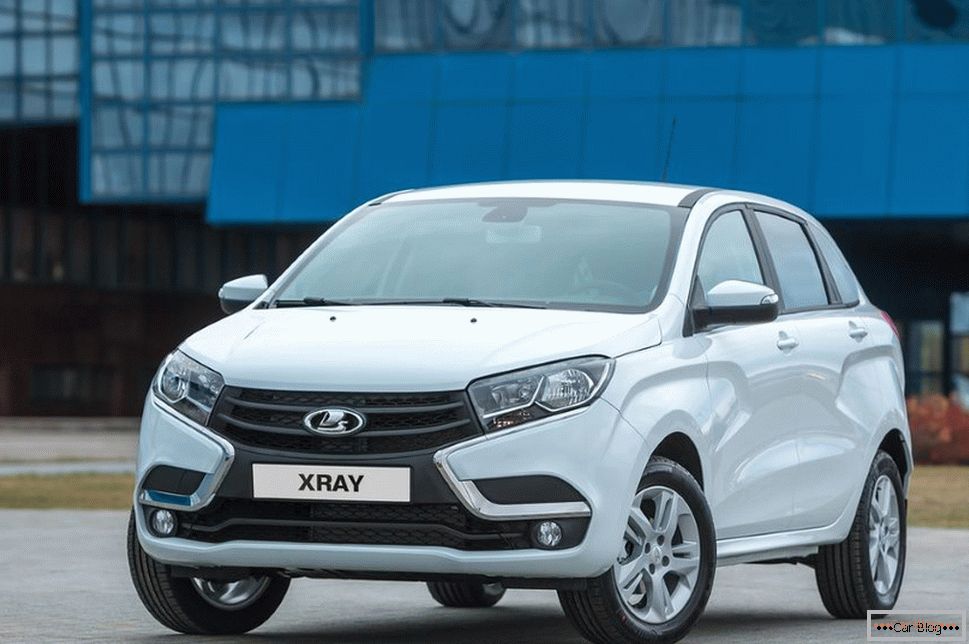 LADA XRAY. Although not a crossover, the manufacturer describes it as an all-terrain vehicle. High ground clearance and reasonable price, ranging from 530 thousand rubles, make the car more and more popular among fans of crossovers. For such a price, AvtoVAZ equips the car with an electric steering booster, adjustable driver's seat, a centralized lock with remote control, multi-steering, audio system with four speakers, an onboard computer, driver and front passenger airbags, an immobilizer, an anti-lock brake system with an emergency brake booster system , engine protection and engine compartment. Also, the car will have a 1.6 liter engine. (106 hp.) And manual. The cost of gasoline - 9.3 l. in the city, 5.3 on the highway per 100 km.

We hope we helped you decide. As it turned out, many of the attributes that are put on expensive models can be found for more reasonable money. The main thing is to decide on the parameters you need. Moreover, among the inexpensive cars there are many brands and models of excellent quality. 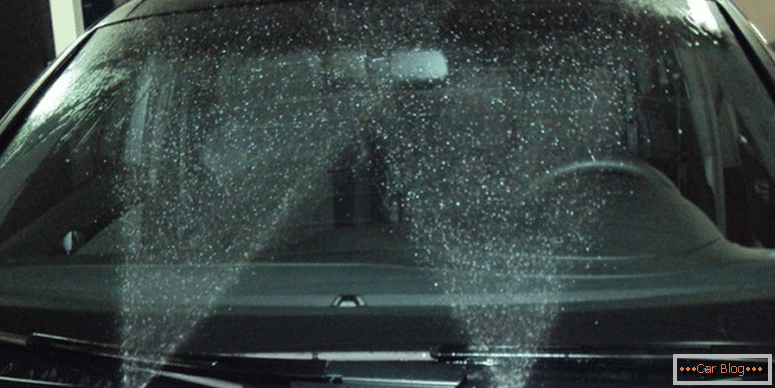 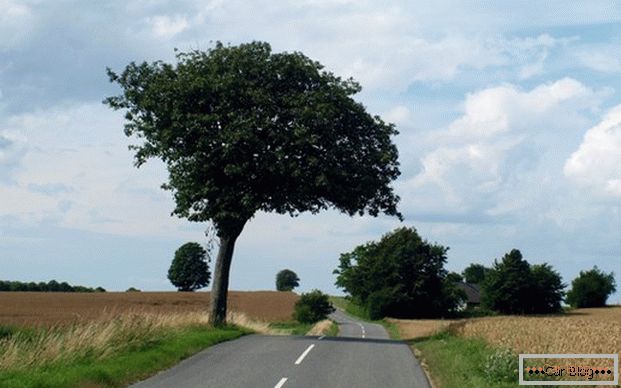 The smallest suvs and crossovers: top jeeps for women

How to choose a car seat cushion