SUVs are divided into 2 groups:

The frame is the basis of the car, made of durable iron that can withstand heavy loads. The engine, wheels, body and everything else is mounted on the frame. This SUV is considered frame. But now there are many SUVs without a frame, they have a bearing body, that is, all parts of the car are attached to the body. That is, the body is strong enough and replaces the frame.

Frame SUVs are good because they are created specifically to overcome off-road, so many motorists really appreciate this type of SUV.

The first advantage of the frame structure is that when the car travels over large stones and other roads, the load is distributed evenly over the whole frame and the car travels smoothly, without any heels. And for SUVs with a carrying body, on the contrary - in the cabin of the driver and passengers will be thrown in different directions when driving through the humps.

The frame structure has its advantages, but there are also disadvantages, as in everything.

To date, there is a huge variety of off-road SUVs for sale, so let's start with the most affordable and finish the most expensive. 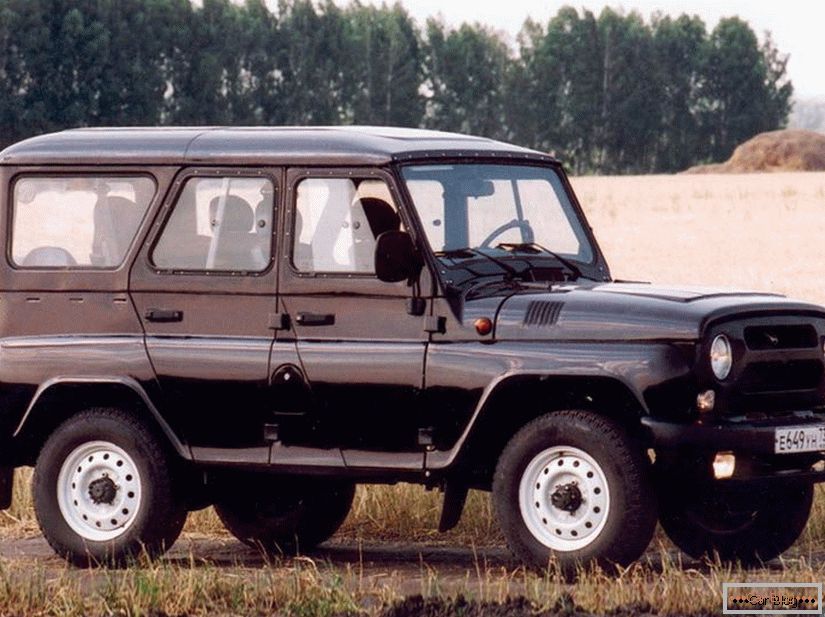 The domestic auto industry has always been famous for cars with high traffic and a price that is affordable for local residents. Today, frame SUVs, which are still not expensive, are very few, but they exist, and the example of such SUVs is the UAZ Hunter and the UAZ Patriot.

UAZ Hunter - this is the most inexpensive frame SUV, it looks like a car from the distant 70s, but it has a very high ground clearance and no overhangs, so it feels great on the roads. 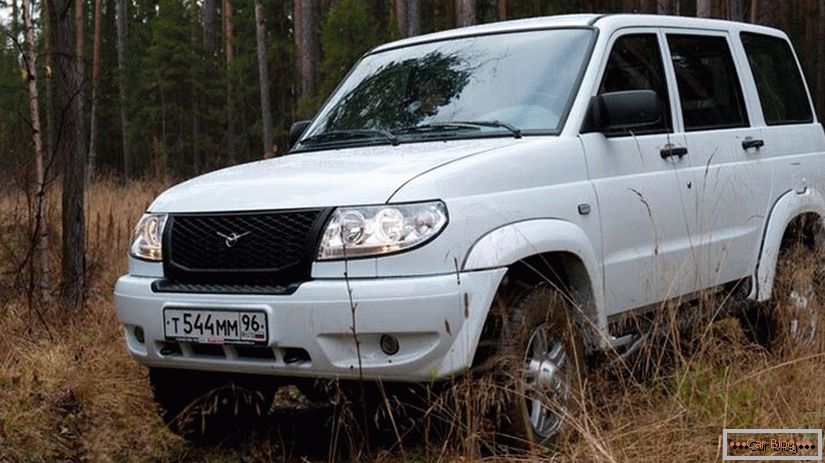 Also, the UAZ Patriot is considered to be a no less famous conqueror of off-road, which looks more modern than Hunter. UAZ Patriot also copes with bad roads, it has a large ground clearance, and a very affordable price.

Now Chinese frame SUVs are selling at full speed, thanks to their low price, they have become very popular in Russia. Although Chinese cars have always been considered unreliable cars, now things have changed a little. New Chinese SUVs have now become more reliable and high-quality, they have excellent throughput, modern interior and low price, which can not fail to attract Russian off-road fans. 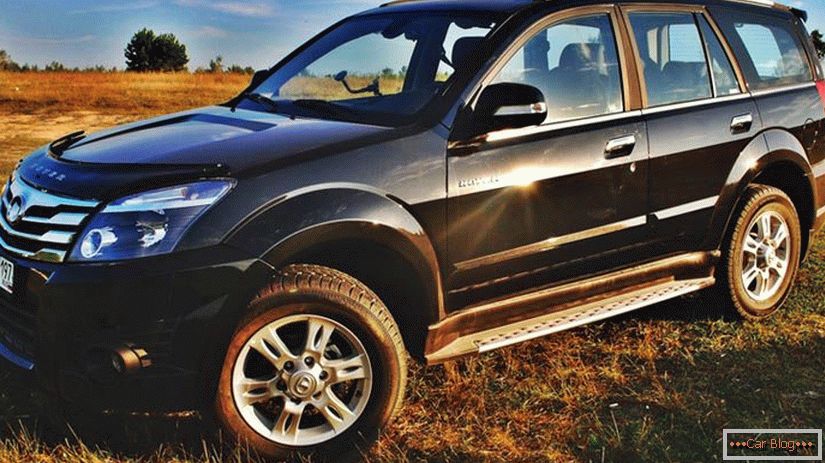 One of the most famous Chinese frame SUVs in our country is considered the Great Wall Hover, its price is as low as on the UAZ, but its quality, modern exterior and technical characteristics are slightly better than those of the UAZ. Great Wall Hover is equipped with all-wheel drive, depending on the configuration, there are gasoline or diesel engines, the transmission can be both manual and automatic, there are also additional packages that cost extra money. 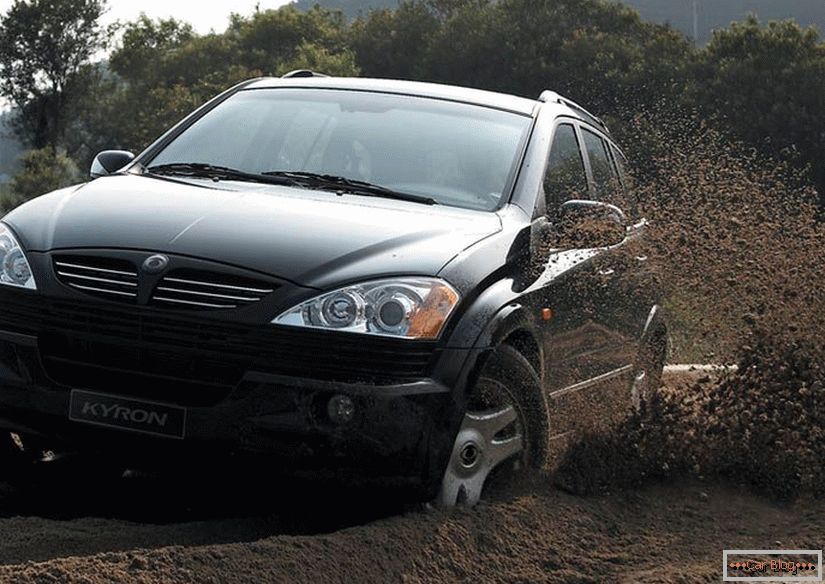 Basic equipment Sang Yong Kyron contains alarm, heated front seats, heated mirrors, ABS system and air conditioning. Kyron can be equipped with both diesel and petrol power units, and the transmission can be automatic or mechanical to choose from.

It is impossible to do without Japanese frame SUVs, because Japanese SUVs are very famous all over the world, and several brands are very popular in many countries: Nissan, Toyota, Mitsubishi, Honda, etc.

But let's talk about frame SUVs Nissan, which are considered very reliable and passable cars. In the Russian market of frame SUVs - 4 models from Nissan and they all have proven themselves. Prices for them, of course, higher than the Korean and Russian SUVs, but they are worth their money. 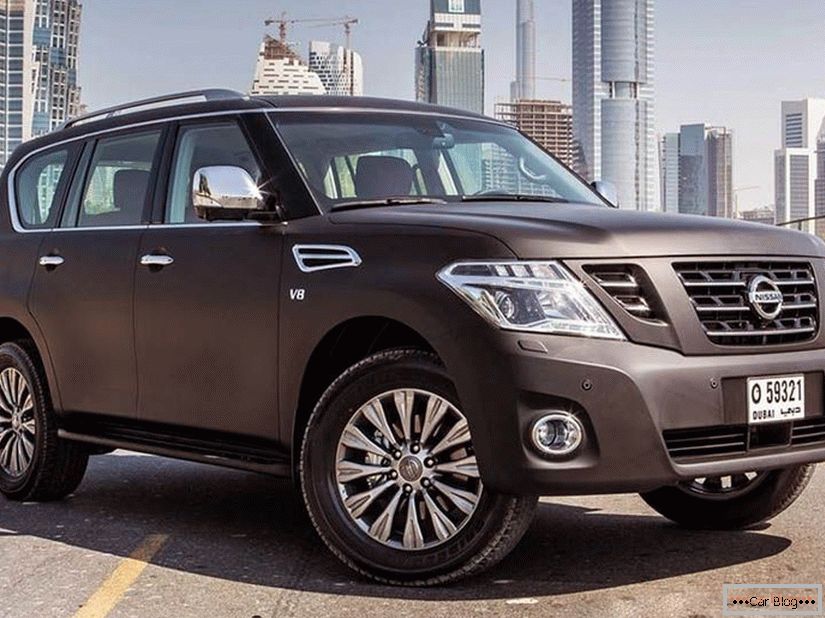 The well-known pickup Nissan Patrol, whose design is not standard - the body of the Patrol has an independent suspension and an integrated frame, but it is one with the body. This design is quite complicated, but the car drives quite well, is reliable in operation, and easily overcomes off-road.

Also sold excellently in our country Nissan Navara, NP300 and the legendary Pathfinder. But the manufacturer assures that the current generation of the Pathfinder is the last, which uses the frame structure, the next generation will be produced using a different technology - there will be a bearing body. 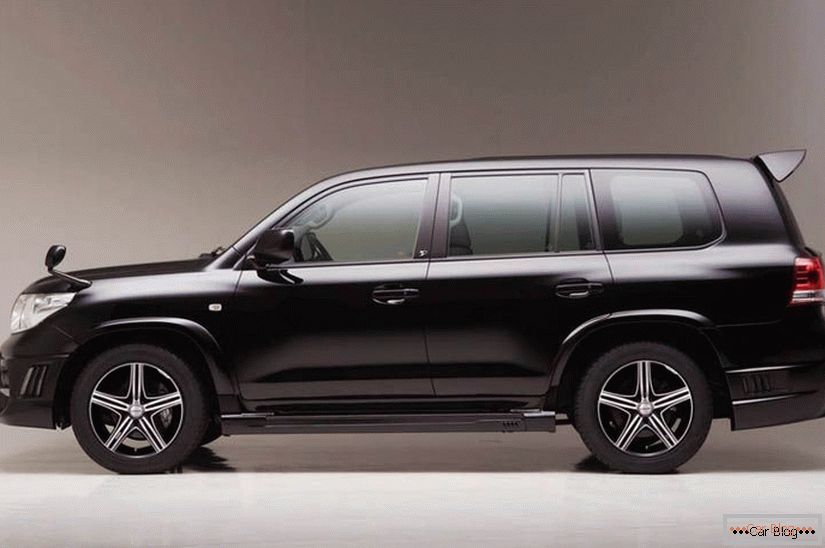 As for Toyota, this Japanese company is not going to abandon the frame structure and intends to continue the production of its Land Cruiser and Land Cruiser Prado SUVs with a frame basis. Land Cruisers come in different configurations, so there is a choice between diesel or gasoline engines. As for the transmission, these machines are equipped with a 6-speed automatic transmission.

Recommended article: The Germans began testing the R-version of the Volkswagen Tiguan, although it was officially abandoned in spring 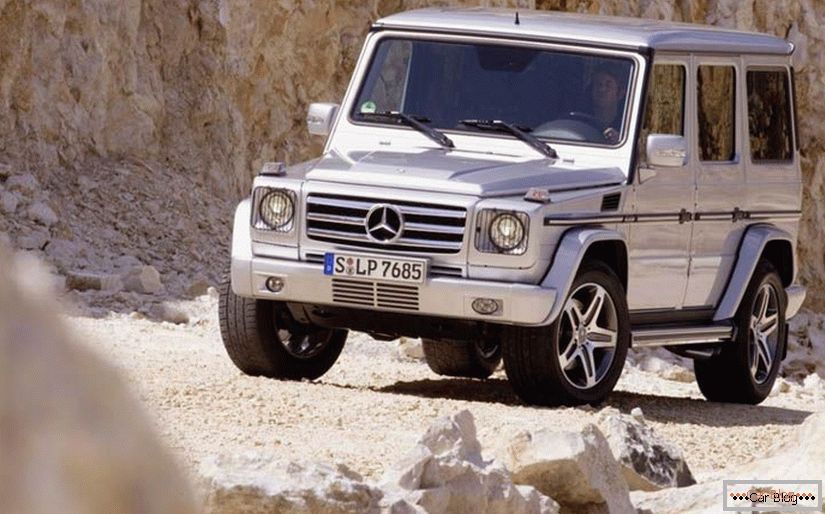 But with all its advantages, it is worth noting that its price is not at all small, it starts with $ 100,000 for basic equipment. But the Cube is worth its big money, because its solid construction allows you to feel like in a tank and drive where other cars have no place, for example, Gelend can easily drive through a swamp, half a meter deep or climb an 80% mountain.

This car has everything you need - locking differentials, downshift and powerful engine. In addition, due to its enormous power (about 500 hp. P.), The Cube accelerates to 100 km / h in 5 seconds, that is, this car has absorbed all the best - excellent off-road qualities and sport car speed. 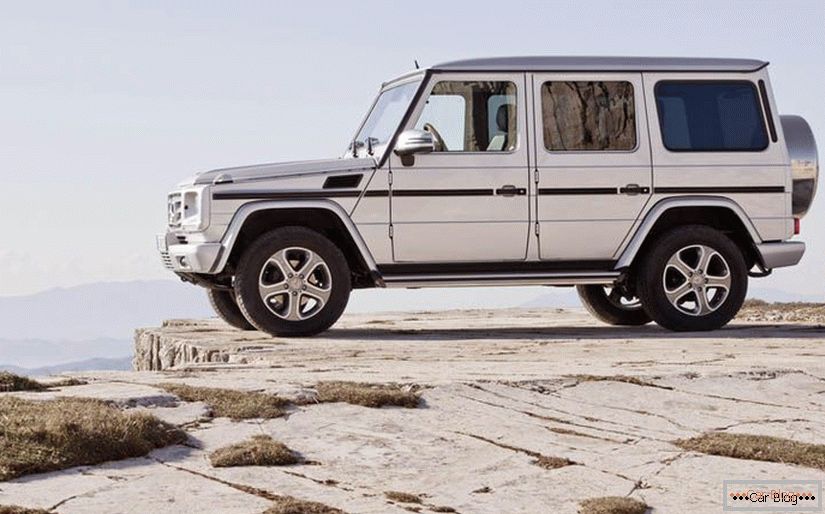 Now we have touched the most famous frame SUVs, but in fact, they still have a great many, for example, SUVs from America, there are many interesting options on which the frame structure is installed. Any SUV has its strengths and weaknesses, so if you decide to buy a frame SUV, you need to know how much money you are willing to give and for what purpose you need this car, then it will be much easier to choose a car.

And then a video test drive Nissan Pathfinder: 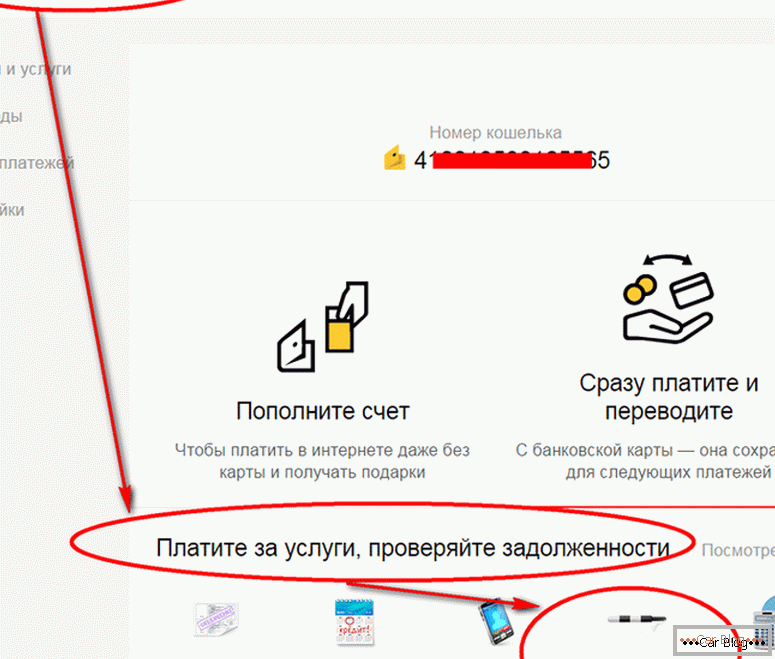 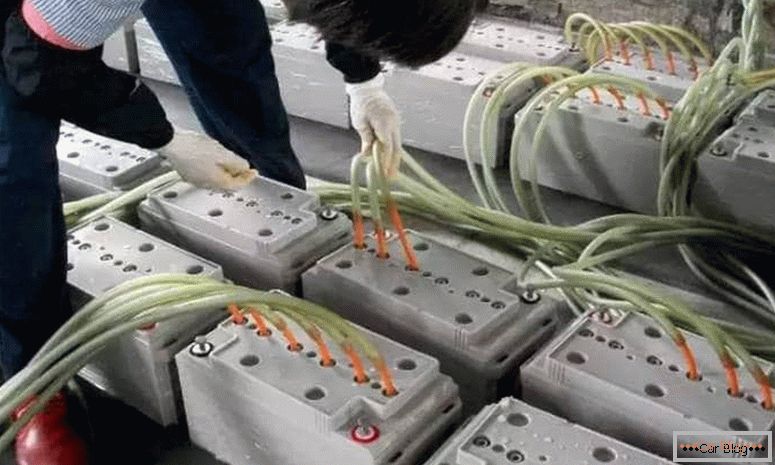 How to charge the gel battery 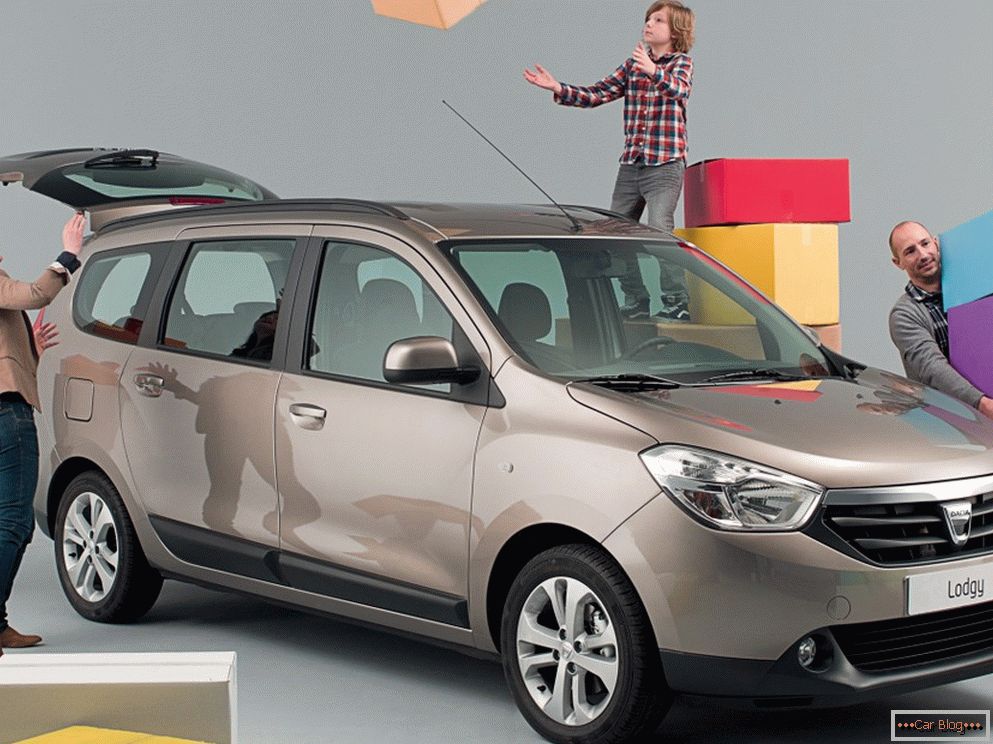 Making a duplicate number on the machine