At uaz, it seems, they decided not to send hunter to rest. 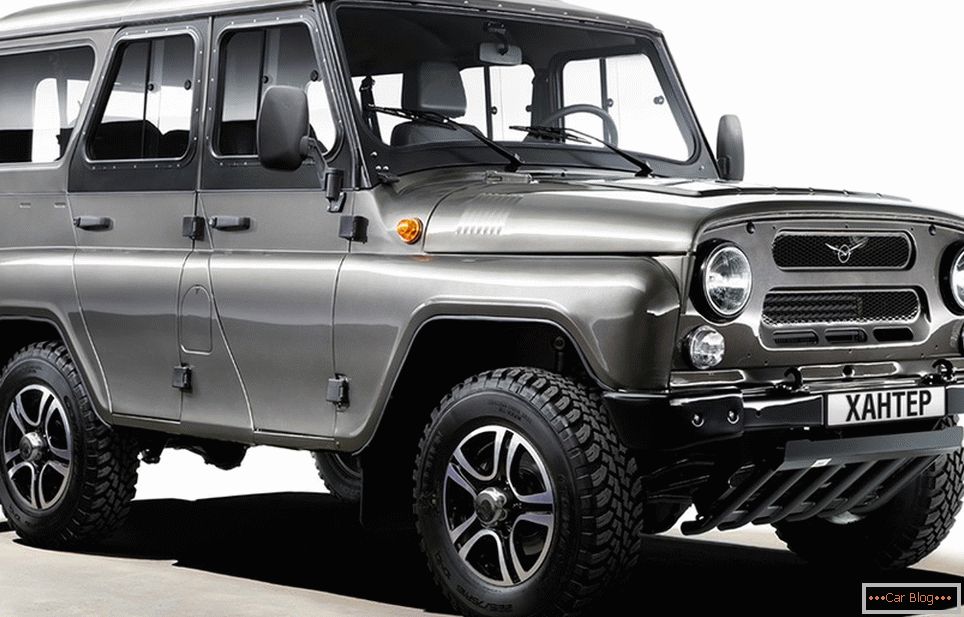 At the Ulyanovsk Automobile Plant, they decided not to send a model for the “well-deserved rest” UAZ Hunter. Moreover, very soon they are planning to start work on restyling the latest actual version of “Hunter”. Produce restyled hunter gather in late January, early February 2016. About what will be updated UAZ Hunter, the developers of the Ulyanovsk auto giant are silent, having finished with a common phrase such as the fact that the new product will be brought in full compliance with all current automotive certificates. 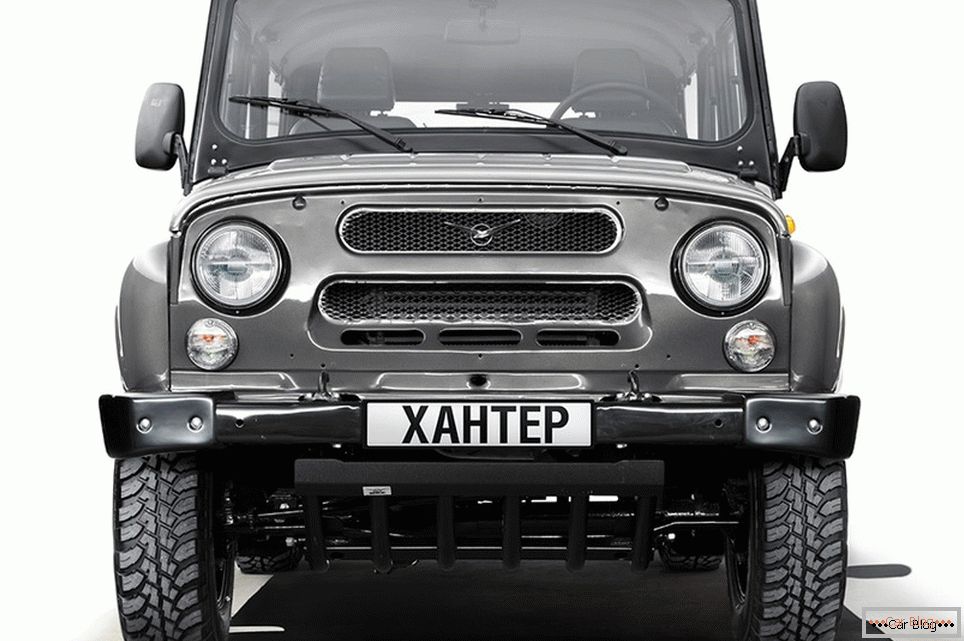 These are the "flip-flops" that occur with the "official party line" of the leadership of the automobile plant, because quite recently it solemnly and loudly escorted the off-road mark most popular among Russians with the definition of "model obsolete in both physical and moral sense" to the "retirement". The honorable retiree of the domestic auto industry was organized by lush wires, the last one left the assembly line "Victory series", decorated with a white image of the music staff and the word" Maestro ", taken from the plot of the cult Soviet film called" Only Old Men Go To Battle ". This latest version of hunter "shod" in the steel casting of a specific black color, on which they pulled all-road evil tires, painted the body with green non-metallic, chromeed nameplates on the tidy and rear door. To all this splendor, army shantsy tools, duffel bags, a cape and other military food were offered to the buyer. Winning version of hunter you can buy today for 650 kilorubles, or two hundred thousand cheaper under the trade-in program.

Regular versions UAZ Hunter not much cheaper, they are asked for from 590 to 650 thousand rubles. And according to the action of the classic Hunter, you can take over 409 thousand, for a fifty dollars more expensive “Trophy” equipment will cost more. Under the hood, a 2.7-liter gasoline engine with 127 horsepower is installed under the hood. It works with a mechanical transmission. 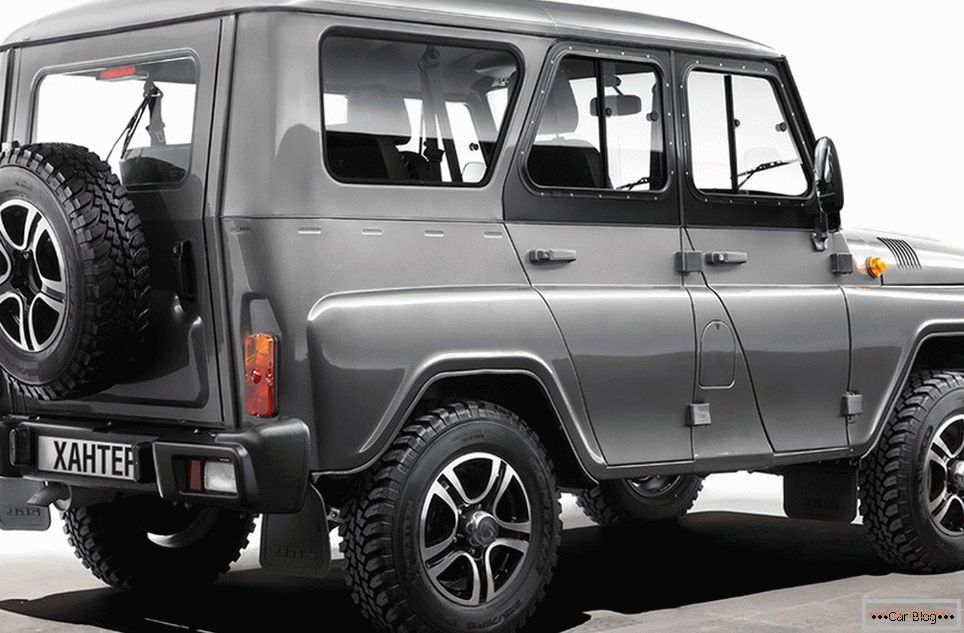 In addition to the Ulyanovsk Automobile Plant itself, Hunter is going to take on the famous tuning studio Devolro. These will be extremely “evil” externally and internally SUVs, made in the aggressive brutal style of Devolro, they will be equipped with turbo diesel for 160 and 210 horsepower.

It is also known that the developers of UAZ are going to start another one in the fall of 2016. restyled UAZ Patriot. He is promised a new instrument panel, a few airbags, and more sophisticated electronics with cruise control and stability control. 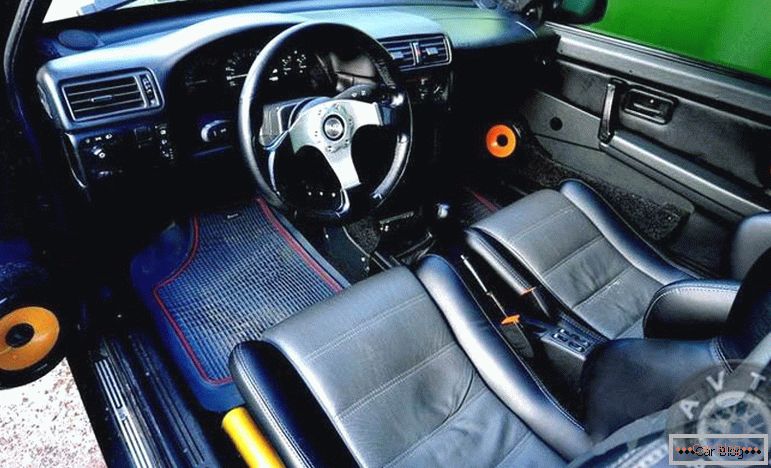 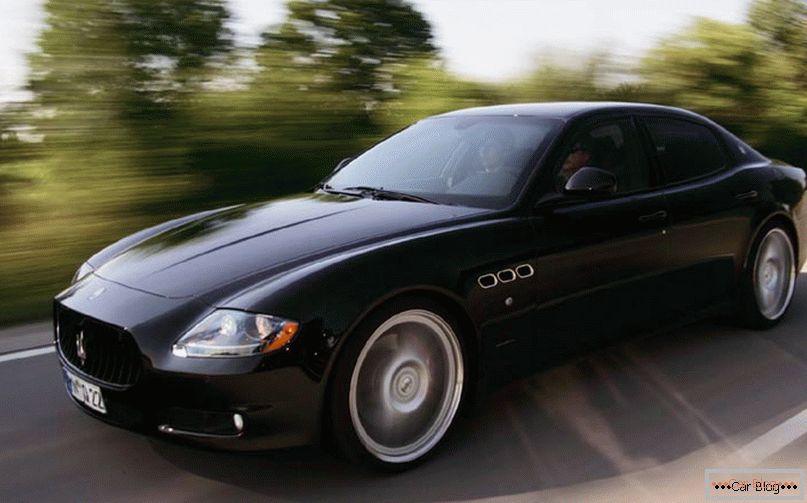 Maserati kvatroporte developed over the years 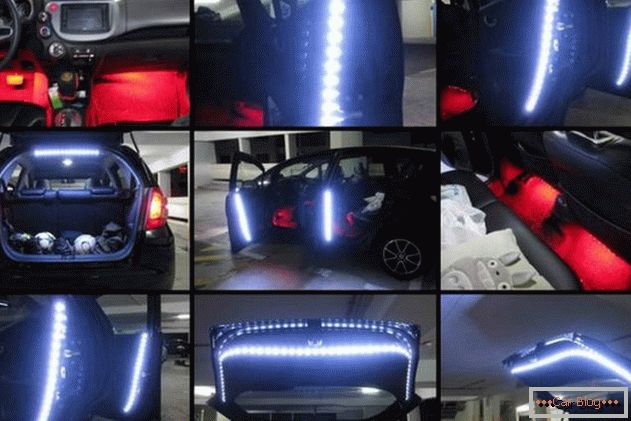 A compact crossover will soon be created on the lada kalina