German quality has become a proverb. And when it comes to cars of the elite class, this saying is fully justified. But how to choose the best from several beautiful cars? Sometimes this choice is quite difficult to make. Especially when it concerns two world famous legendary brands: Mercedes or BMW.

What the ratings say

If we look at the results of the ratings according to different criteria of 2015, we will see that the preference in them is given to the Mercedes brand. So, in the ranking of the best cars of the year, we see the leaders of the Mercedes-Benz C-class; The most representative car named Mercedes-Benz S-class; the most sporty Mercedes-AMG GT, also appreciated this brand in the nomination "Best Design".

But in the Green Car nomination, the BMW i8 outstripped its rival Mercedes-Benz S500. BMW 2-series received the title of the best coupe in 2015.

It happens that the title of the very-very get some models not for dignity, but vice versa. So, the Mercedes-Benz CLA 250 in 2014 was named the most unreliable among luxury sedans. But Mercedes E-class and Mercedes-Benz GLK are simultaneously named the most reliable sedan and crossover in the classes.

In general, both brands serve as a benchmark for quality and reliability. However, according to reviews of motorists, the championship here is still given to Mercedes, it is considered better by this criterion. This brand is often used to operate a taxi, which is considered by many to be a measure of the strength of a car, its reliability. In addition, it is this concern that has developed innovations that have been recognized as the most important in automotive engineering. Moreover, seat belts made of high-strength materials, fixing the passenger safely, do not limit his comfort.

Of course, acquiring such a prestigious car, you will not particularly talk about saving, and yet the price and cost of maintenance are two important parameters that are taken into account when buying a car, and here you can see which car is better from the financial side of the issue.

Prices for the new Mercedes and BMW are about equal. Mercedes A series costs from 1.3 million. The BMW 1 Series is roughly estimated the same. However, recently there is a tendency to reduce the cost of a BMW, while Mercedes keeps the price on the same level.

In service, both brands are very expensive. And still repair of BMW you will need more financial investments. This is due to the fact that spare parts for cars are somewhat more expensive than for Mercedes. But BMW spare parts are easier to find on sale.

Fuel consumption depends on the class, but do not say that these cars “eat up” too much fuel. So, Mercedes A-180 consumes an average of about 6 liters, and PD400 (crossover) with a diesel unit - 7-8 liters, with a gasoline - 9 liters in the combined cycle. 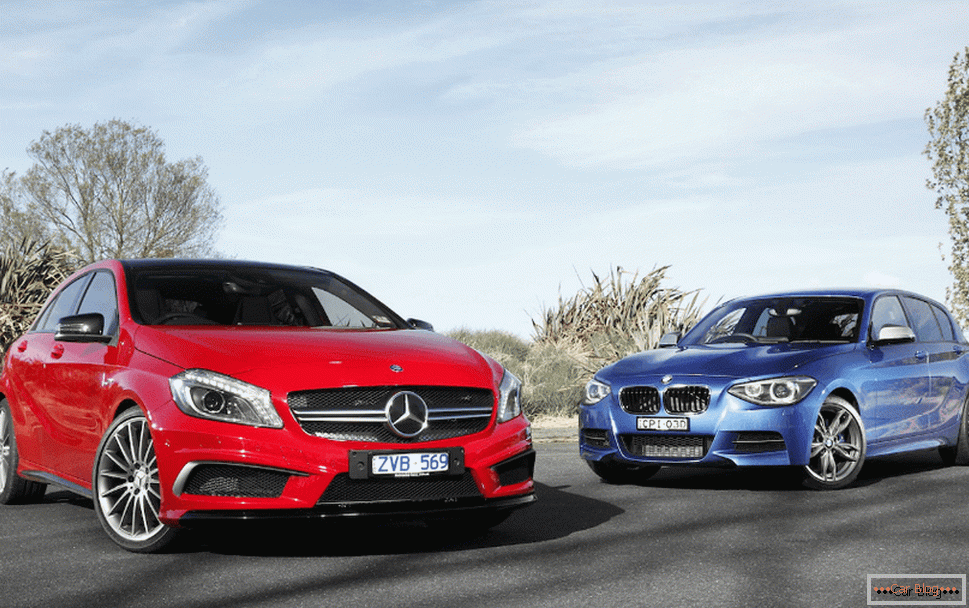 If you ask which driver this or that car is associated with, then we will see an interesting picture.

BMW, as many motorists believe, is better suited to young people. Often, thanks to the famous TV series "Brigade", the driver of a BMW is associated with crime, "leather cloaks on the floor." 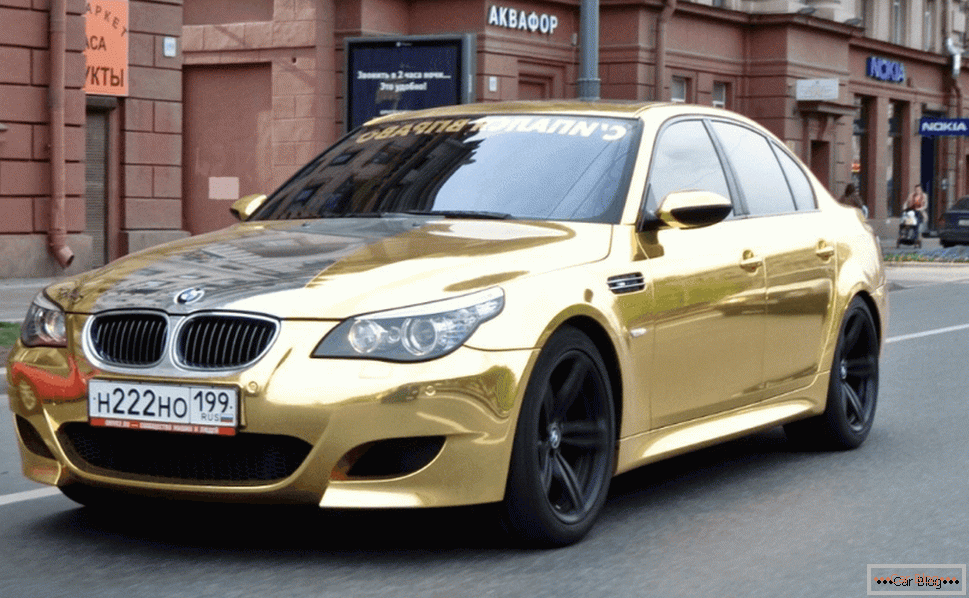 Also it is this car, as many believe, characteristic of extreme, lovers of high speeds. Of course, the characteristics of the car here contribute to this image, but also influenced the stereotypes imposed by television and the Internet, because the speed qualities of a Mercedes are not lower and no better than those of its rival.

The owner of the Mercedes seems to many influential, rich, sedate, solid man. Perhaps the stereotype was formed under the influence of the smoothness of the car, compared with a sharper in the movement of BMW. But, really, there are a lot of business people and high-level officials among Mercedes owners.

Thus, although both brands are very spectacular, BMW is associated with a sporty style, and Mercedes is more like a business one. Of course, you can easily break these stereotypes, like many other owners who have chosen BMW or Mercedes. 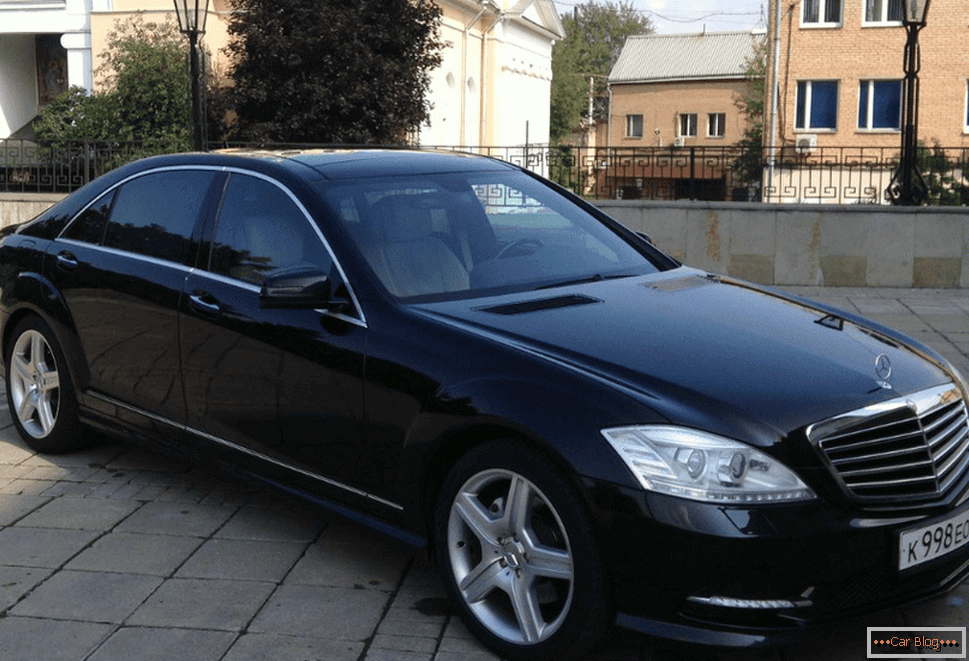 Mercedes first of all differs in the highest quality of finishing materials. The car responds smoothly and quickly to the driver’s commands, all the elements: the steering wheel, the pedals, the automatic transmission, the braking devices - work just fine and smoothly. High-tech is also a significant advantage of the brand: gears are switched very quickly, the gas pedal responds instantly, the brakes are sensitive, the handling is excellent. In addition, high-quality insulation makes the trip very comfortable. The engine is durable, reliable, however, it has a complicated device, therefore it is demanding to be serviced and, accordingly, repairs are quite expensive. The front suspension is much better than the BMW, almost eternal, because the load does not fall on the body, but on the support beam, because Mercedes is often called unkillable. 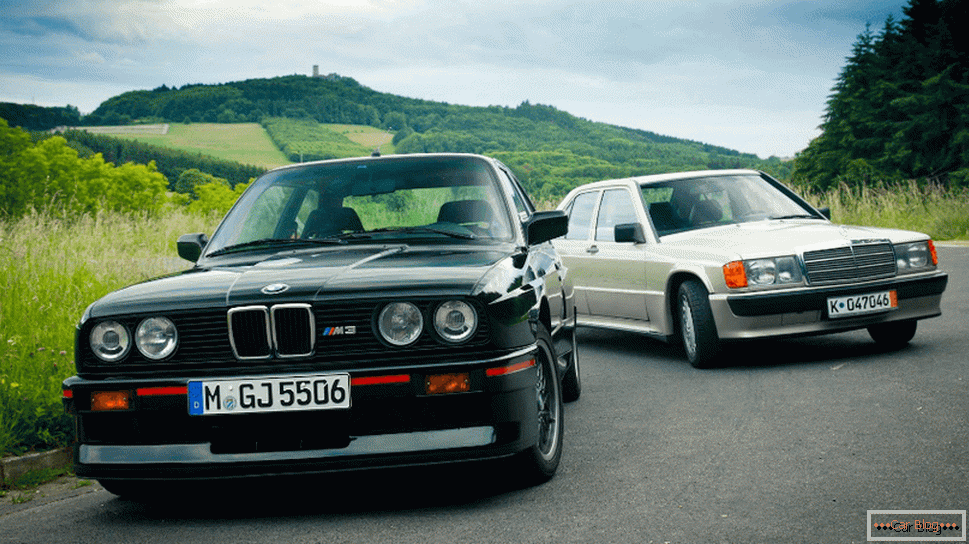 BMW has excellent dynamics, steering. Engines are recognized as the best in the global automotive industry, they were used before even in airplanes. The rear suspension is solid, but sometimes there are problems on the front roads on Russian roads: support bearings are broken, cups are pressed, and mudguards depart.

Summing up, we note that the BMW is more of a car for driving pleasure, for the driver himself, especially if he prefers an aggressive driving style. Mercedes - for passengers, with its comfort, where everything is thought out down to the seams, to create the ideal conditions for travel. If you want to get the most out of driving, choose a BMW better, and if status, image is important to you, then Mercedes will help you to provide it. But in any case, both cars deserve your attention, and sometimes it is difficult to say that BMW or Mercedes is better. And no matter what you choose, you will definitely win. 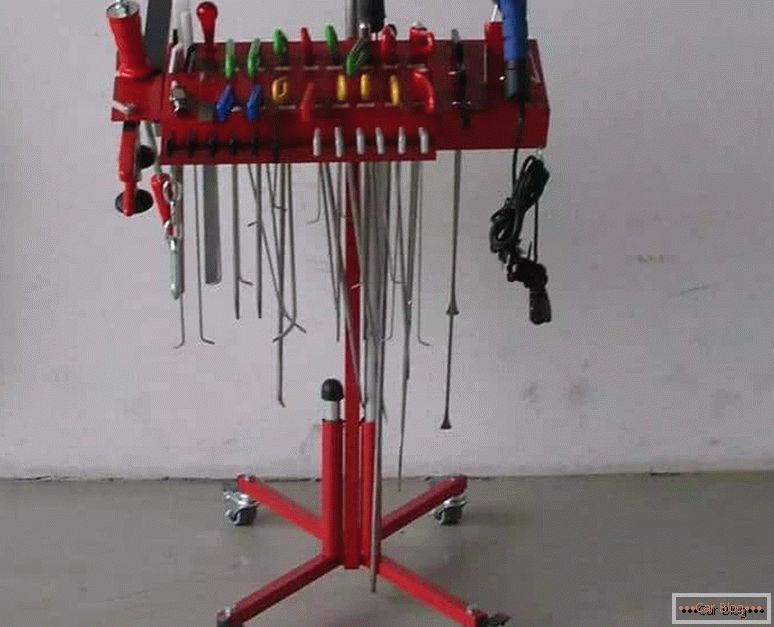 Removing dents on a car without painting their own hands 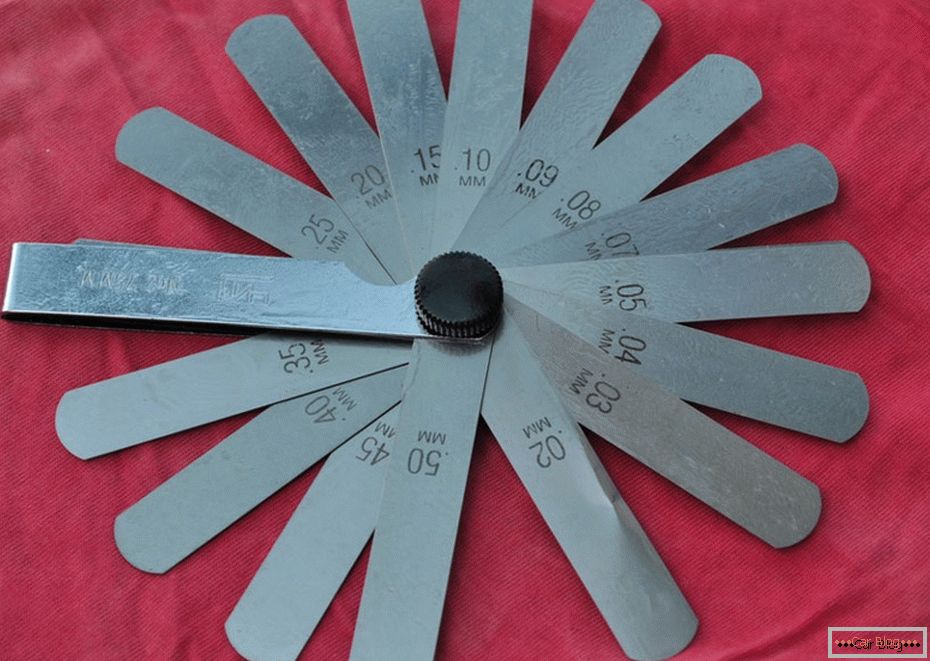 Now you can become “deprived” for hiding state numbers

What is the penalty for driving without a license