After several months of advertisements and information rumors, a new fourth-generation Audi A8 officially appeared. Audi unveiled a brand-new A8 sedan at a summit in Barcelona on Tuesday, July 12, which is scheduled for release in late 2017 and the beginning of 2018.

The high-tech sedan will be the first production car that will include an intelligent active suspension, a digital MMI control system, four-wheel drive and standalone 3rd level capabilities. 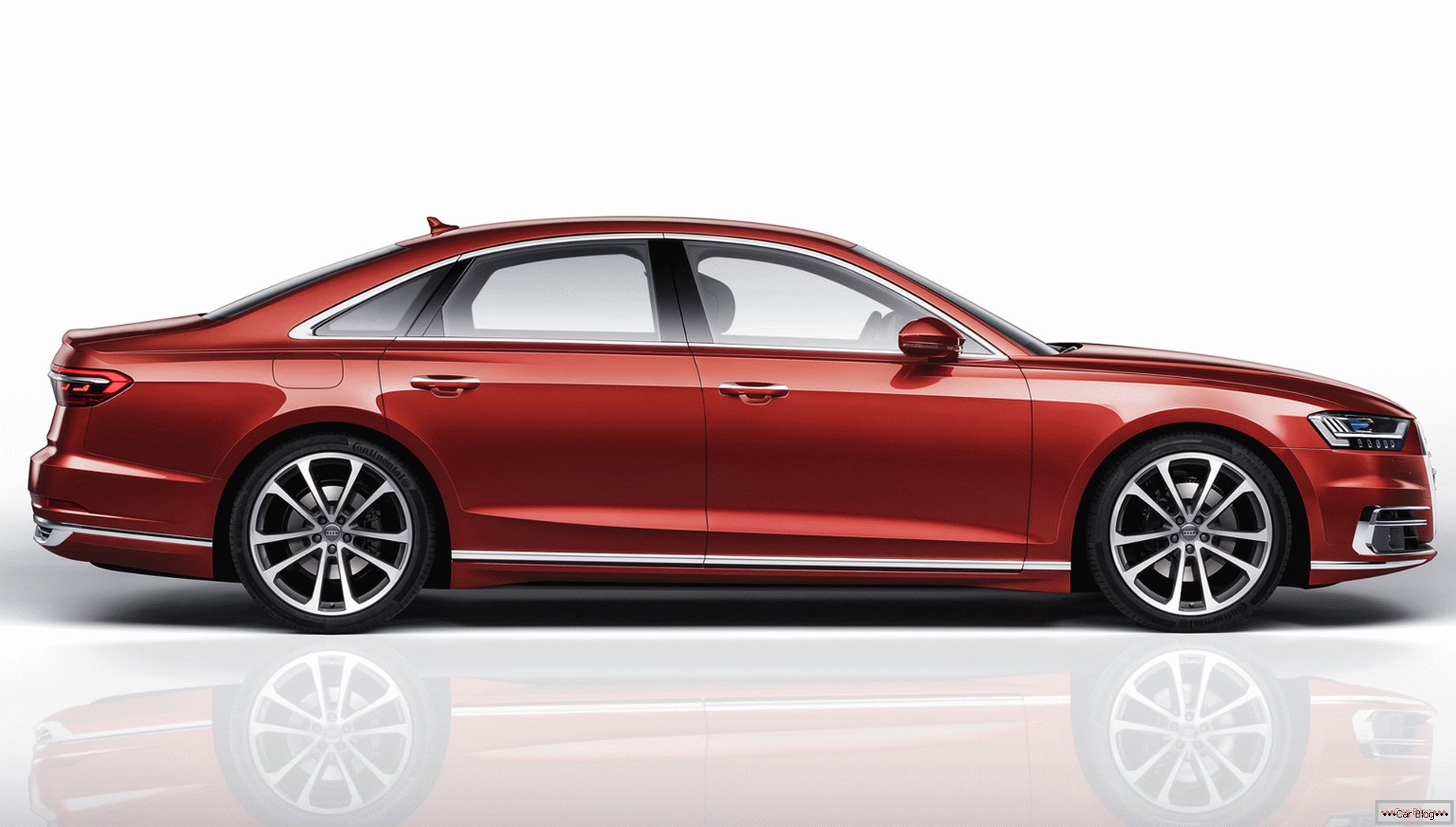 The 4th generation model is an evolutionary update. Audi emphasizes that this is the beginning of a new era of brand design. The Audi A8 has an acute hexagonal grille. Dazzling headlights of the new form are separated by a strip of daytime running lights. HD Matrix LED headlights allow you to accent the light output on the road without dazzling oncoming drivers.

The front part has smoother transitions to the wings than the previous A8. "Muscular" proportions of the Audi A8 give the appearance of the base profile of the sedan, not so far gone from the original version.

Rear reconstructed OLED headlights in the upper part are connected by a thin strip of lighting. This gives a wider and more elegant look to the car. 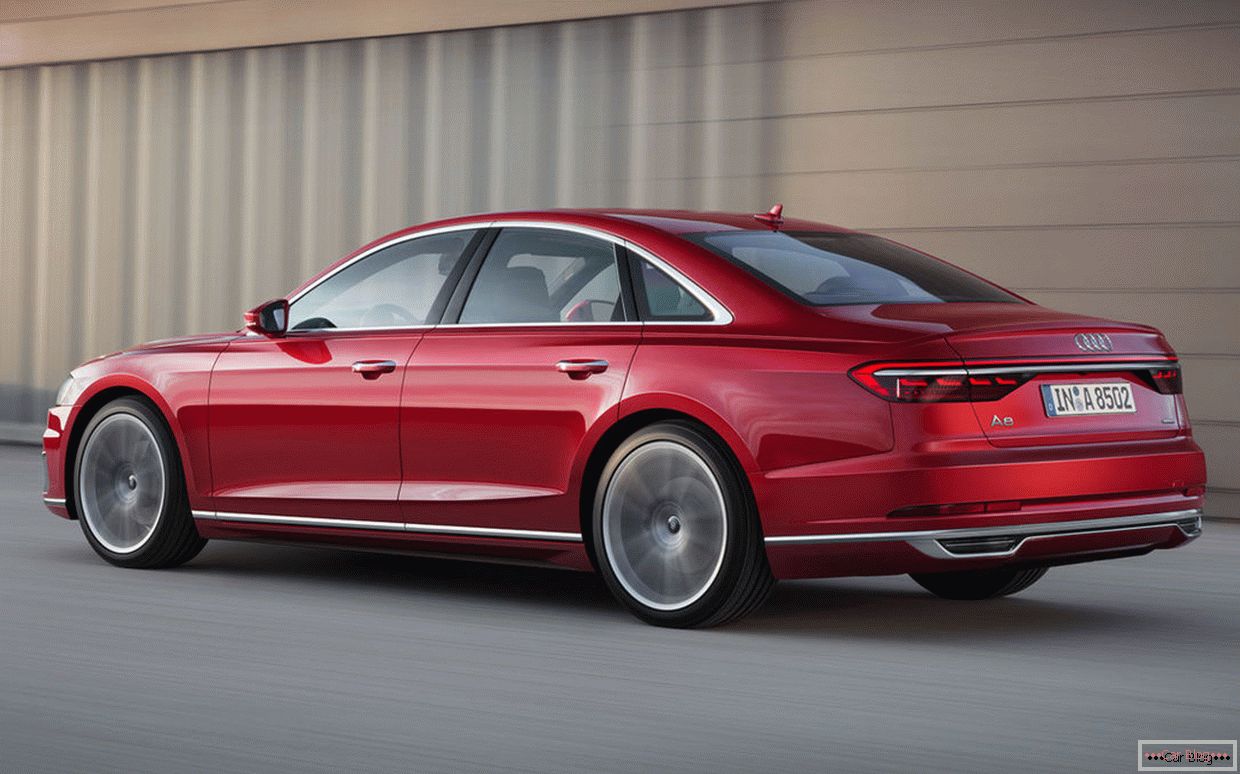 Every detail is of excellent quality and is custom-made, from perforations in the upholstery of the seats to the louvers on the vents.

Audi is seriously engaged in the improvement of intelligent drive systems with touch controls on the A8. This is reflected in the design and interior of the car. Most of the buttons and dials of the A8 replaced the sleek digital two-level control interface with 2 screens. 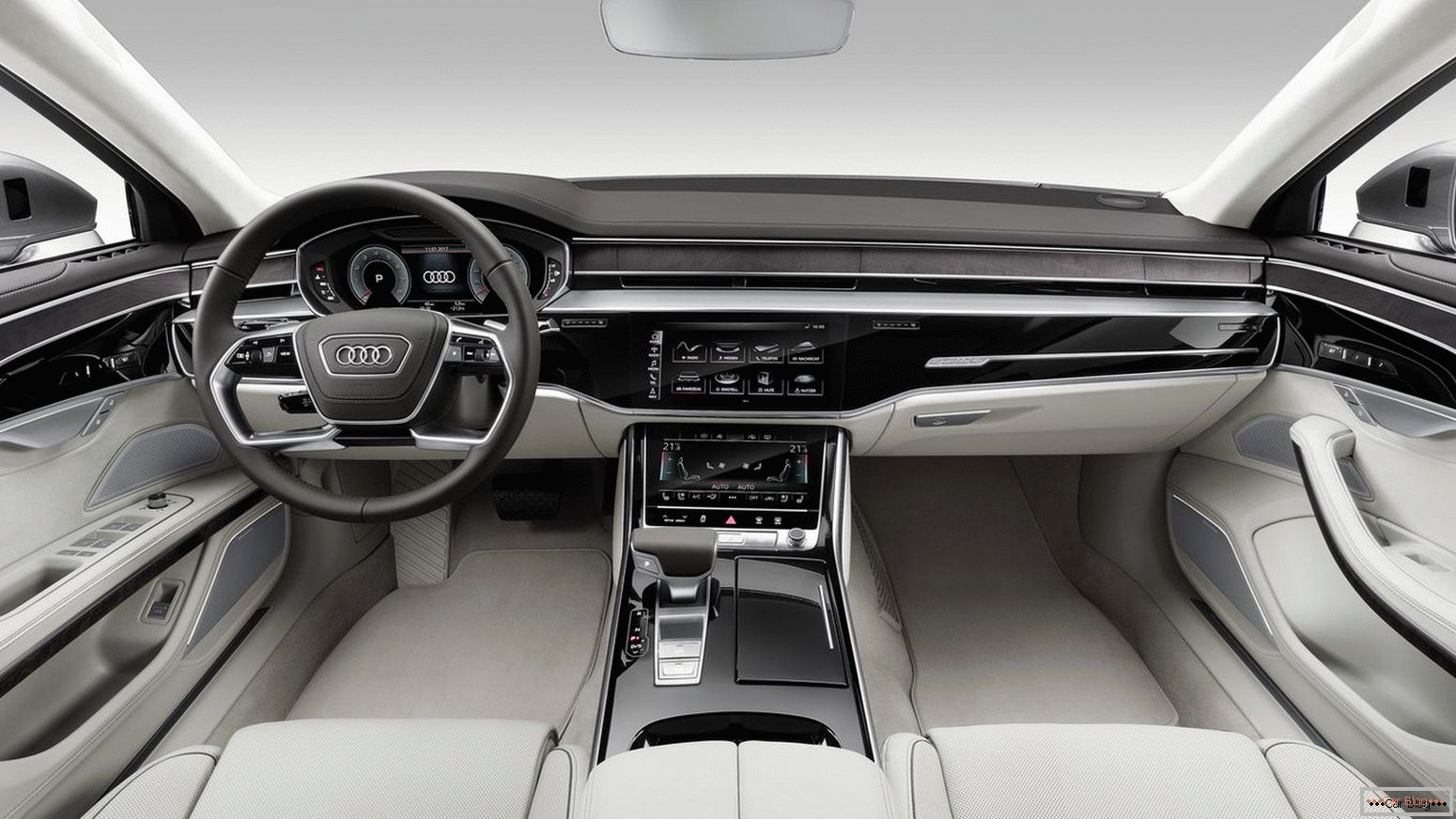 The top 10.1-inch screen is responsible for the infotainment system. The lower 8.6-inch screen is designed to control the climate. The 12.3-inch TFT digital instrument panel displays readings in full HD format, front and center, and the driver can switch menu items using the steering wheel controls.

The interior design has become much more spacious and “cleaner” with the advent of touch screens that have replaced buttons and switches. The question remains whether one can completely rely on touch technologies. Audi is trying to solve this problem with its new MMI touch response system, integrating tactile and acoustic feedback into console touchscreens. 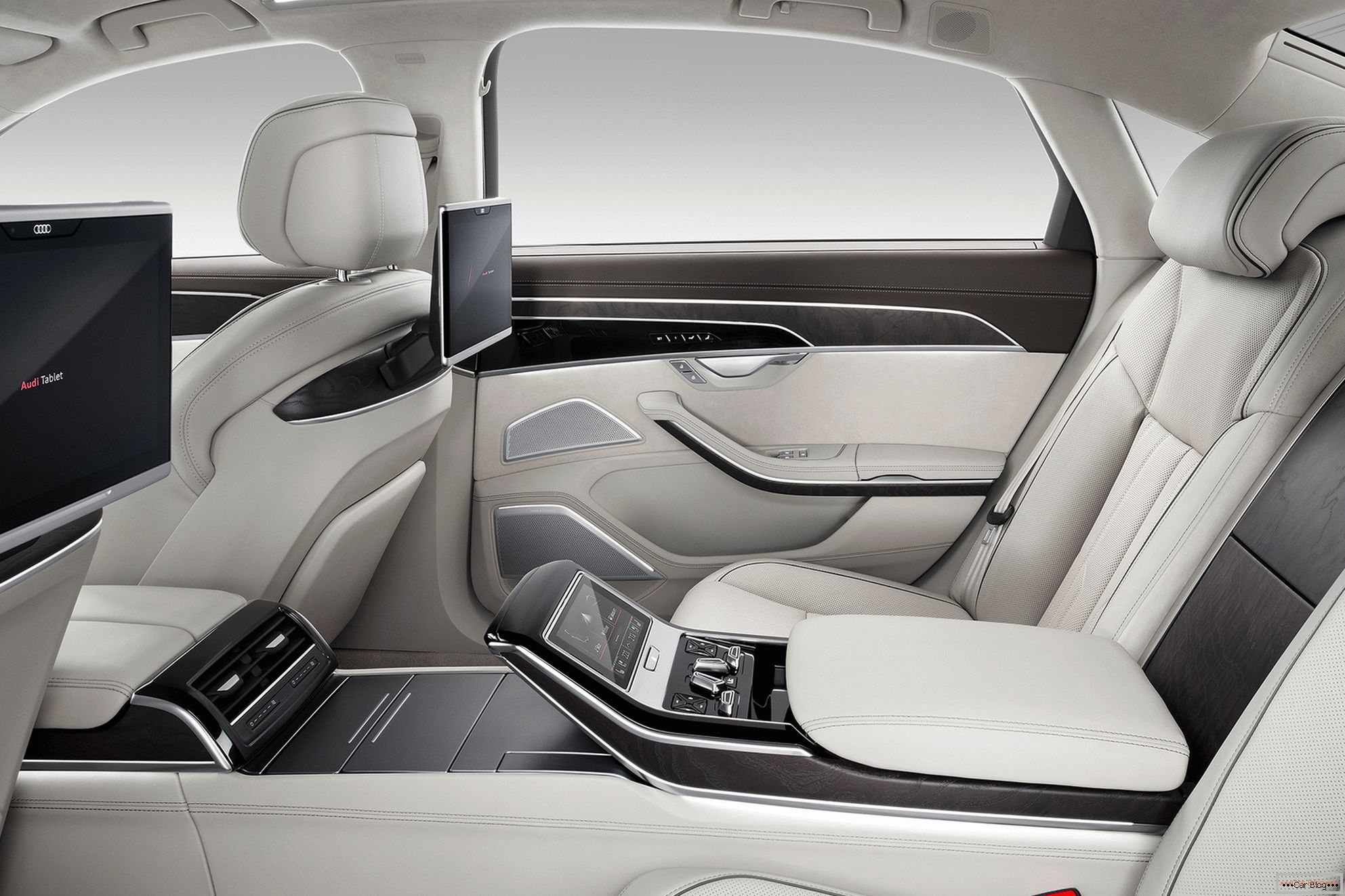 The new A8 has become 37 mm. longer than its predecessor. Wheelbase increased by 130m. The interior has become a bit more comfortable thanks to the new stretched dimensions of the sedan. Each Audi A8 model is about 13 mm higher than the previous one.

Audi coped well with the extra space, offering a comfortable place to stay. It also influenced the Chinese market, which is displayed in the form of rear seats presented by Volvo and Varsovia. The reclining lounge chair is equipped with a footrest, an electrically adjustable headrest, and a multifunctional massager, a foot heater built into the back of the front seat. Any trip to the A8 will be comfortable.

The A8 will go on sale in Germany at the end of 2017. Model cost will begin with 104 thousand dollars. 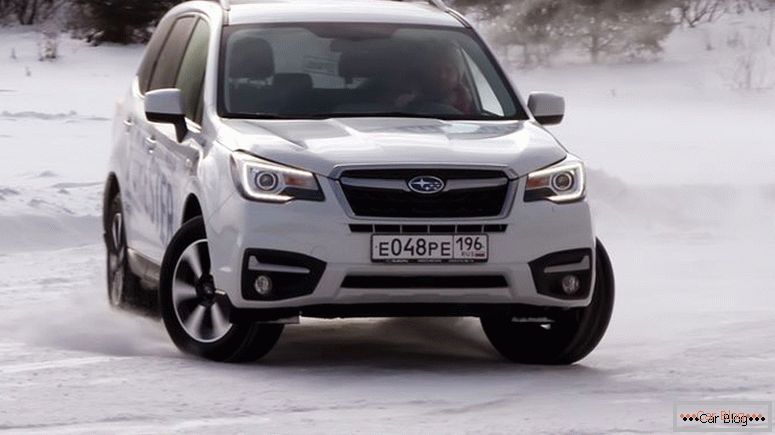 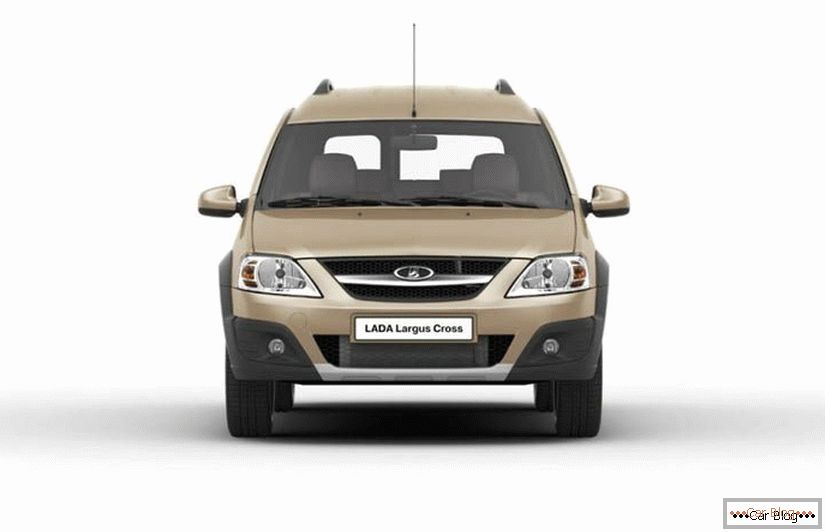