Every driver wants to drive a car that behaves predictably from the beginning of turning the key in the ignition lock. But sometimes at this very moment there are troubles with the car. One of the perpetrators of this event may be a relay in the starter.

Before checking out the starter relay, it is advisable to make sure that the diagnosis is unambiguous. For this, a surface check is carried out on the participating components in the vehicle start system

Diagnosing a problem with starting a motor

The driver must ensure that the problem lies solely with the failure of the relay. To do this, you can spend visual inspection of electrical wiringto die battery charge. If this circuit and all parameters are normal, then with a high degree of probability a breakdown lies in the starter relay. 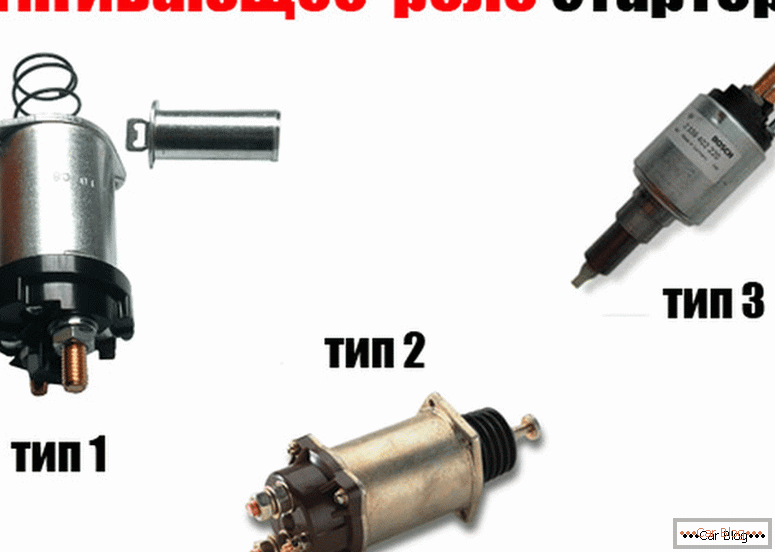 The absence of clicking sounds from the starter indicates that the retractor relay is not working. If the on / off is audible, then the failure is outside the relay.

First you need try again with a key twist in the ignition. Silence of the motor in response to these actions will lead to the analysis of the starter. But, before disassembling the starter relay, it must be removed from the engine compartment.

See also: how to check the starter on the battery.

How the relay works

Knowledge of the device always helps to understand the faults of the mechanism, so we will clarify the principle of operation of the starter retractor. The coil receives voltage from the car battery. Due to this, a magnetic field is formed, interacting with the anchor, which, rotating, pulls the spring. Due to its interaction with the Bendex, the latter engages with the crankshaft flywheel gear.

The closed contact elements block the voltage supply to the winding, however, the armature due to the magnetic field does not come out of the engagement. It returns only due to the retaining spring after the termination of the electric coil. Bendex at this time out of engagement with the flywheel.

See also: How to replace the engine mount

The most likely faults

Visual inspection of a faulty relay usually reveals burnt wiring on the pins. Also, the contacts themselves sink down (sticky), it is possible to isolate and burn the coil windings. 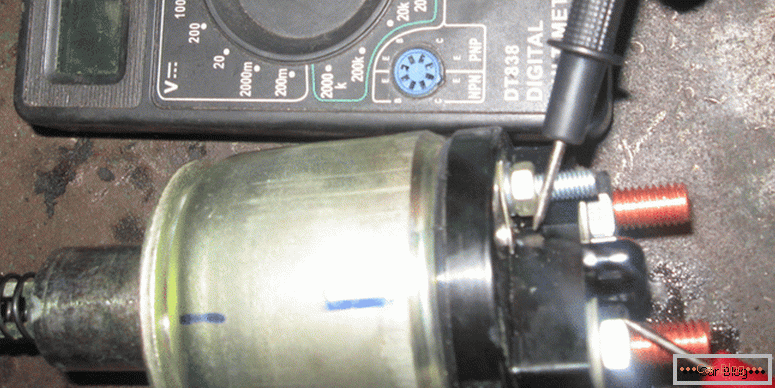 Often, you can focus on such symptoms, after which you may need to repair the starter retractor relay yourself:

To repair the relay will need to disassemble this item. However, there are models that have a folding device; they only need to be replaced. This type of repair is the most common.

Any actions, though dismantling, or at least checking the starter's intrusive relay, should begin with disconnecting the power supply from the vehicle battery. Failure to do this could result in a short circuit and damage to all wiring. Such a replacement can be very expensive. 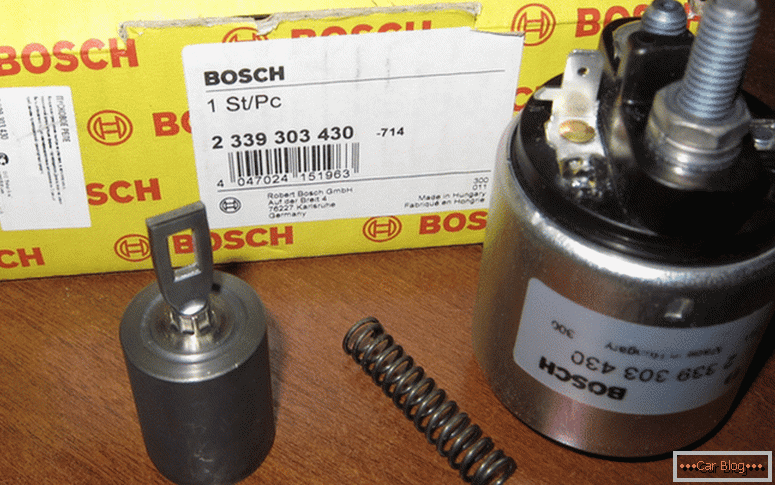 Before opening the case, it is necessary to clean the soot and dirt from the surface so that they do not get inside the electrical device. Then you need to loosen the nut on the brush assembly and disconnect the contact from the bolt. Now you can loosen the tie and its bolts, which press the block to the mass. We get the relay from the engine compartment.

Unscrew the nut on the end and reveal the inner contents. We take out the burned-out or non-working core, and in its place we mount a new one. The assembly is carried out in reverse order and mount the part in the engine compartment. If everything was assembled correctly, the motor should start the first time. 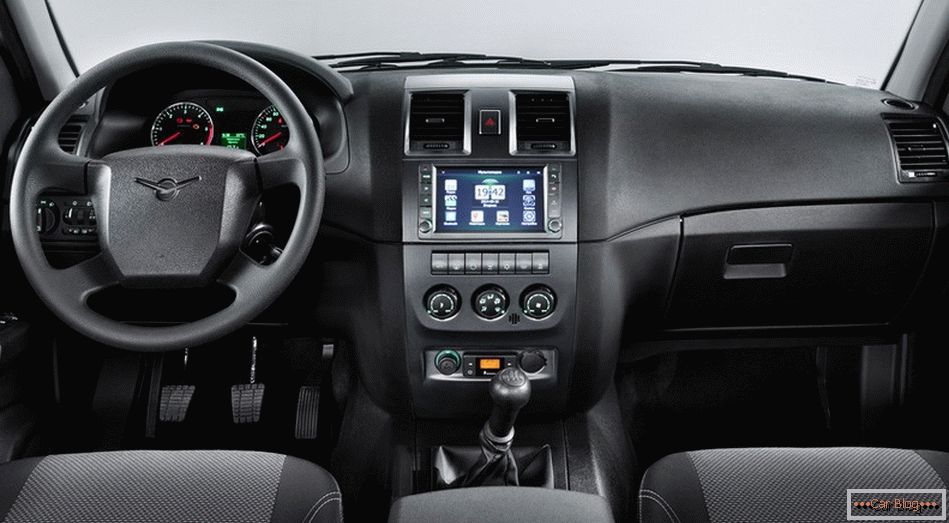 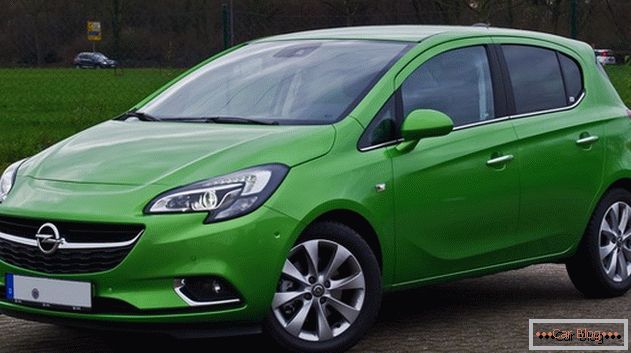 Rating of new cars worth up to 700 thousand rubles

The japanese are going to equip the "automatic" nissan