How to replace the timing belt

The timing belt is needed to connect the crankshaft and camshaft (in 8-valve engines, one camshaft is used, in 16-valve engines, two are used). Often the belt slips, which affects the operation of the entire engine - intake and exhaust cycles do not occur synchronously. Because of this, fuel consumption increases, power decreases, and coolant temperature rises. Therefore, it is necessary to timely replace the belt and monitor its condition.

The most dangerous is a broken belt. It can happen at any time. The reasons for this are various - the wear of pulleys, improperly installed shafts, the poor quality of the material from which the belt is made. Immediately it is worth noting that most engines do not tolerate an open timing belt - the valve is bent. As a result, the need to repair the engine.

How often does the belt change 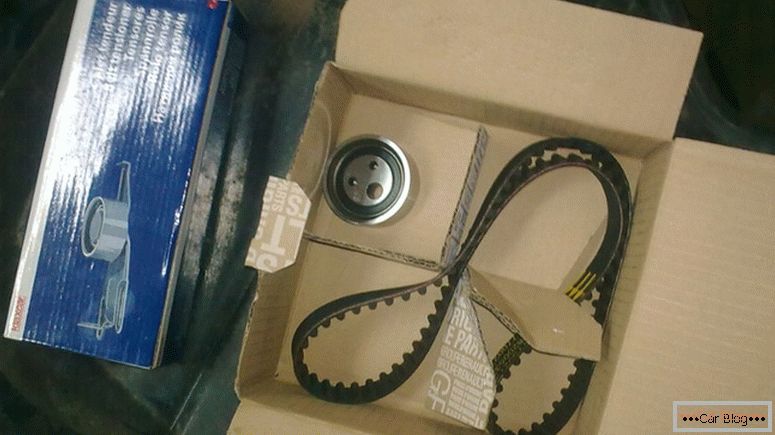 The belt is better to buy a proven manufacturer

The main criterion is quality. Try to buy only original spare parts in stores, do not use multi-brand ones that you can offer in auto shops. Usually such components are of dubious quality and may simply not work out the stated resource. Automakers are trying to improve the quality of items on their cars. And it is extremely dangerous to trust such a knot as the timing belt, to an unknown manufacturer - troubles can be expected immediately after installation. It is better to overpay a little for the original belt and pulley, rather than to make an expensive engine repair.

As for the timing, on average, the timing belt is replaced once every 60 thousand km. run This is the majority of manufacturers. But there are some cars on which the service life reaches 90 thousand. And most importantly, if the car is older than five years, it is better not to delay replacement: it is recommended every 60 thousand - change it every 50,000 km.

How to replace the belt

To reduce the cost of replacing the timing belt, you can do it yourself. Do it under the power of everyone, on many machines, this procedure is similar. For clarity, let's consider the procedure for replacing the Renault Logan on a car with an 8-valve 1.6-liter engine. Inspection of the timing belt on it should be carried out once every 15 thousand km and, if necessary, tighten it. The owners of these cars know that the belts hardly go 50 thousand. Based on this, we can conclude that it is necessary to carry out repairs in advance, that is, the frequency of replacing the timing belt on Logan is 40-45 thousand mileage. Consider in detail the order of the work:

Turn off the bolts and remove the protection from the engine

Remove the cover and protection

See also: How the car behaves if the lambda probe does not work

Still not touched the timing belt itself, set the label on the camshaft straight up. On the surface of the belt there is also a label, but we ignore it - at each turn it moves by 2 teeth. You can, of course, before replacing the timing belt, long and tedious to turn the crankshaft, but there is no point in this. Therefore, expose only the camshaft mark so that it looks up. When the marks of the belt and camshaft coincide, the marks on the crankshaft pulley and the belt will also match. If the old marks on the belt are erased, apply with a marker a new risk on its surface (and you need to memorize exactly the one that should match the mark on the camshaft pulley). 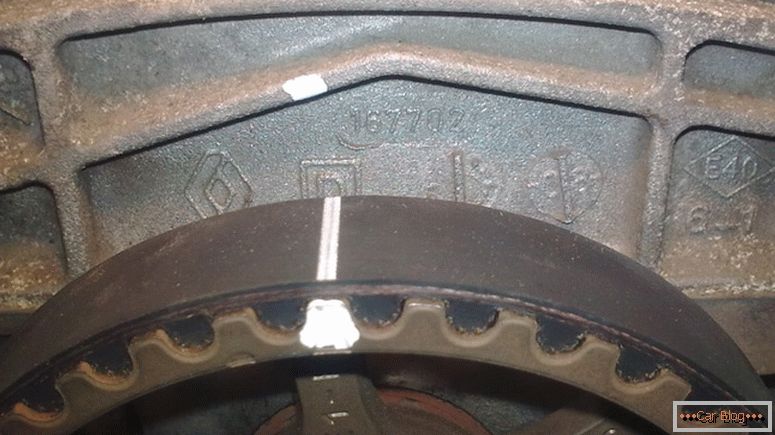 To remove now need to loosen the nut, which tightened the tensioning pulley. Moreover, unscrew the nut completely, since the roller must also be changed. We attach the new belt to the old - all the labels are the same. Installing a new belt is extremely simple - install it on the pulleys so that the marks on the belt are aligned with the corresponding marks on the camshaft and crankshafts. Pre-install the new roller, which at the very end must be rotated around the eccentric axis for belt tension. For this purpose, you can use the tensioner, which is used for VAZ cars, since the holes in the roller are the same. After completion, carry out the installation of all previously removed items.

See also: Starter turns bad on a hot engine - what to do?

First you need to combine two marks - on the camshaft and on the cylinder head (without removing the belt). In this position of the camshaft, the piston of the first cylinder is at the top dead center. Now unscrew the plug on the block.

Install a special device into it - a bolt with a thread length of 75 millimeters and a diameter of 10 mm. With it, you lock the crankshaft, it will not turn. And now remove the old belt with a roller, then install a new one. The method is good because you do not accidentally crank the shafts (or more precisely, the crankshaft). It is no secret that when dressing a belt, you can shift its position by a quarter of a turn, or even more. But for someone it is unnecessary and absolutely unnecessary operations. 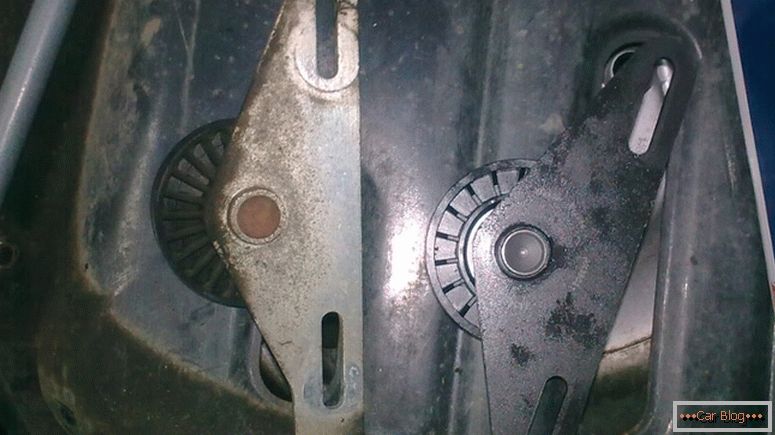 Together with the timing belt usually change and tensioning rollers

A little about the choice of belts has already been said, but it is worth noting a few more points:

When buying, pay attention to the condition of the rubber - it should not be cracked. To do this, bend in different directions belt. If even the slightest cracks are visible - give up the purchase, ask to replace it with a quality copy. Spares that could be stored in extreme conditions could get into the shops - they experienced both overheating and overcooling. And this affects the state of the material. And going to the store, find out the exact labeling of your belt (or take it with you if it is already removed). The slightest deviation of dimensions makes it impossible to install it on the car. Also pay attention to the fact that in no one place does the cord leave the belt. 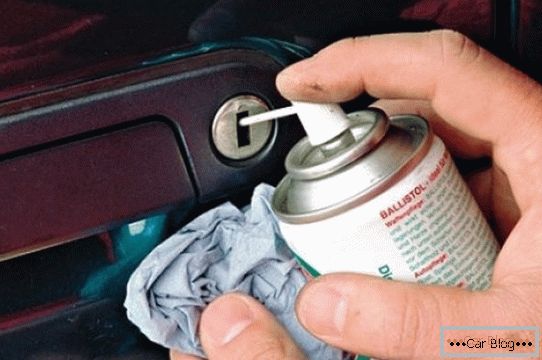 10 ways to open a frozen lock on the car 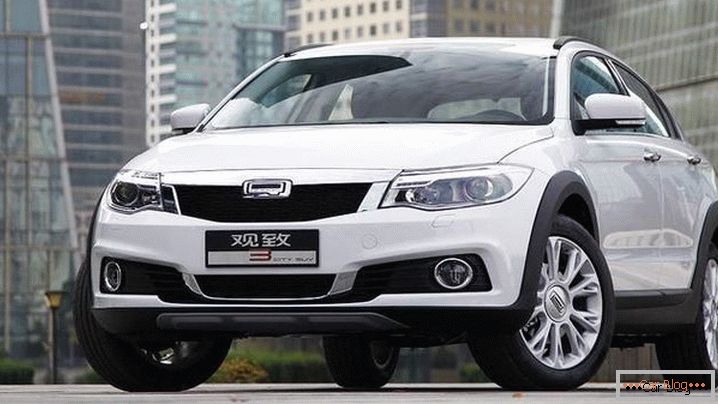 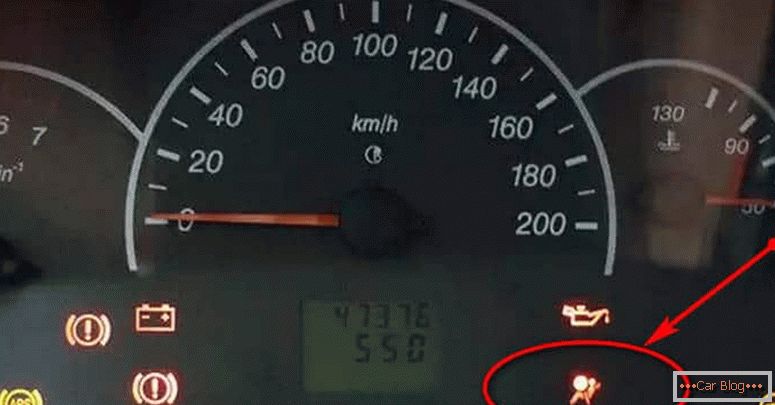