Despite the worldwide trend towards the use of single-volume bodies, devoid of a pronounced hood and trunk, in our country in all price categories traditional sedans are in the lead. That is what the new Chevrolet Aveo, which has undergone a lot of changes compared to the previous generation, and began to look somewhat aggressive, which had not been seen before for the cars of the Korean branch of GM. Most recently, a similar update was experienced and the sedan KIA Rio, which is also updated externally. However, Rio has changed in its content, becoming more understandable to manage, as well as comfortable and powerful. Whether the Chevrolet Aveo will become the same model of driver's character, and which car is better for the average family in our country - the Kia Rio or Chevrolet Aveo, we have to find out. 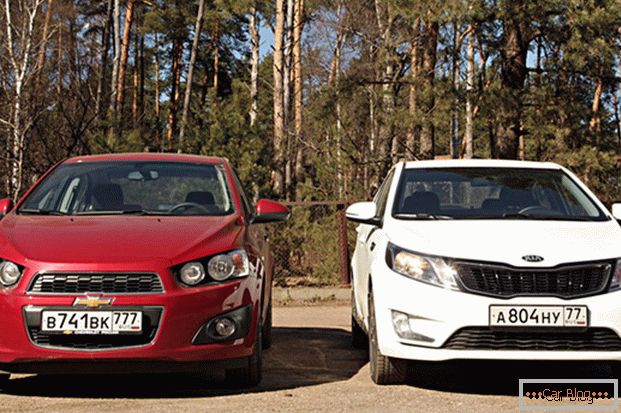 I would like to start the review of these “workhorses” not from the exteriors, but to the salons - after all, they will be constantly considered by family members who own such budget vehicles. Chevrolet Aveo new generation, from the point of view of the driver, resembles not a motorcycle, not a computer simulator. Before the eyes of the driver, the Aveo is a narrow instrument panel with a huge tachometer with bright backlighting, and a window of the digital speedometer. The Chevrolet tachometer needle in a calm position looks exactly down - like on sports cars, and large numbers and clearly distinguished scale divisions help the driver not to be distracted while driving. But with the Aveo speedometer, the situation is much worse - in bright sunlight, the brightness of the LCD monitor is not enough, and sometimes it takes a few seconds to understand how fast you are going. 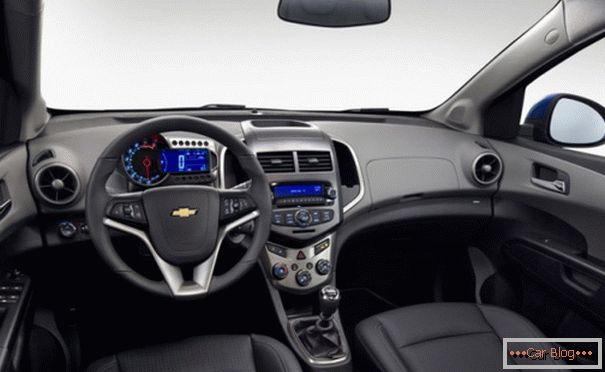 The center console of the Chevrolet Aveo is bent down with a bizarre chevron, but this does not reduce its functionality at all - all the buttons are located correctly and their view is not blocked by the steering wheel. The entire Chevrolet Aveo saloon is filled with drawers for small items, in which you can store small money, a set of fuses, glasses, and everything you need - however, in the glove box A4 sheet is placed only when folded. The front seats of the Aveo can be called a model of convenience in the budget class - they keep the back of a person of any size well, and also allow him to stay comfortably on a long trip. There is also enough space in the back - despite the fact that the Chevrolet Aveo is not too wide, it can easily accommodate three people, although it is not worth transporting them over long distances.

Sitting in the KIA Rio, you feel like in some kind of Volkswagen or Skoda - around completely black and gray plastic, as well as the classic proportions of the front panel. However, when choosing a KIA Rio or a Chevrolet Aveo, adults with a calm character will prefer the first car due to the good quality of materials, as well as ideally verified ergonomics. The elongated rectangular deflectors of the Rio blowing system coexist with the usual devices in three deep wells, as well as a “supporting belt” recessed inside, located just below the main part of the front panel. The driver KIA Rio - three LCD monitors, one of which displays information from the on-board computer, another is responsible for the multimedia system, and the rest belongs to the climate control unit. 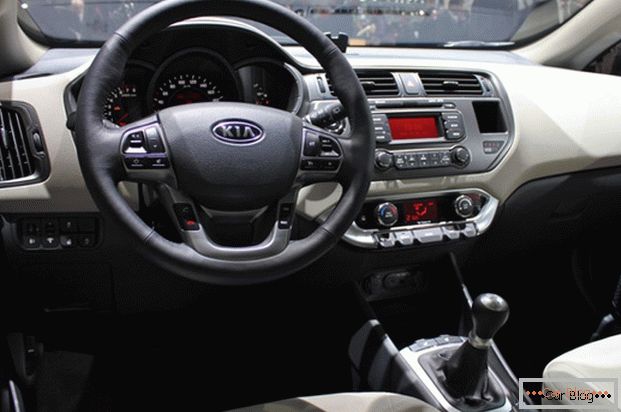 Even more interesting to look at the Aveo and Rio from the outside! Moreover, Chevrolet is reminiscent of a light attack aircraft, ready for a diving attack - it is worth looking into the twin round headlights of a sedan, in order to understand that it does not take aggressiveness. The sloping silhouette of the Aveo, in which the salon seems to be a kind of hump, is a rather controversial stylistic decision, but this layout is dictated by practicality and the need for the rational use of every millimeter of length. It is worth looking under the front bumper of Chevrolet, but here we have to face an unpleasant surprise - clearance is only 115 mm. With such an indicator, Chevrolet Aveo is not only contraindicated for driving onto curbs - you will have to drive around each bump on asphalt swollen from summer heat. 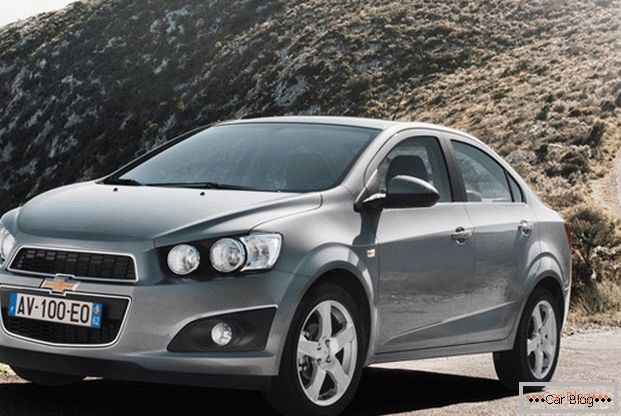 adom.ru KIA Rio gives rise to associations no longer with the sky, but with the space - and the car somewhat resembles a UFO. Very stylish look high rectangular headlights, which summed up the lines of the front bumper and L-shaped fog lamps. The KIA body lines are practically indistinguishable from the Chevrolet Aveo - the desire for a practical one-dimensional layout can be traced here. Small ventilation grids in the front fenders look somewhat out of place - they seem to be alien elements installed in the process of inept tuning. And with the ground clearance at KIA Rio, everything is in order - the base 157 mm is enough to ignore small obstacles and move freely in a parking lot in the yard. 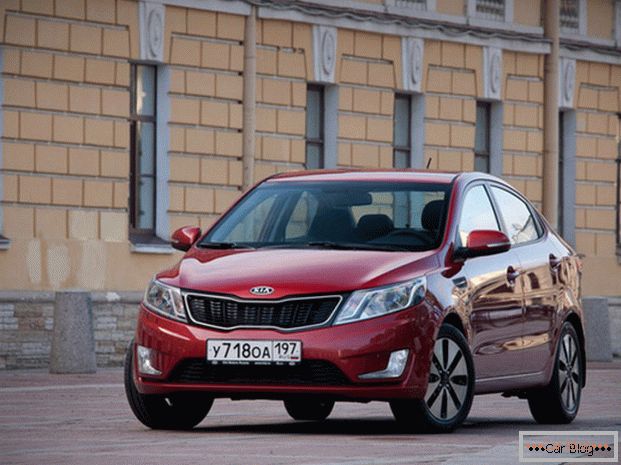 In the exterior of the KIA Rio, the Korean automotive industry is also traced.

Motor, which is equipped with a Chevrolet Aveo, is already well known to motorists for cars brand Opel. With a power of 115 horsepower, he confidently moves the car, which is heavier as generations change, allowing it to keep up with the flow. However, most of the merits accounted for the Aveo gearbox with a shortened series, which does not allow much acceleration in the initial stages. And this is the main disadvantage of the Chevrolet Aveo - at speeds in excess of 100 km / h, even in fifth gear, the cabin is very noisy due to high engine speeds.

In addition, it is quite inconvenient to use the Chevrolet gearbox - the lever has large strokes and a completely vague moment of switching on the speed. It’s not always possible for novice drivers to figure out when the clutch can be released and the gas pedal depressed again - sometimes you have to “re-gas” for nothing in neutral. In general, the Chevrolet Aveo has become somewhat more cheerful, but it was given to him at the cost of reduced comfort.

It is quite another thing - KIA, which definitely wins the competition "Kia Rio against Chevrolet Aveo" for ease of use of the power unit. The motor has a very high power, which allows it to cross the threshold of 100 km / h in a little more than 10 seconds. At the same time, it has excellent sound insulation - even with fast acceleration in the Rio cabin, you can talk without raising your voice.

The KIA Rio gearbox is also tuned for comfort - its extended transmission allows you to maintain a minimum level of revolutions when driving at any speed. However, on the track it sometimes turns into unpleasant moments - if you need to make a quick overtaking, you have to select the right gear in advance, in which the engine will allow you to safely complete the maneuver. Nevertheless, the KIA Rio is definitely a driver more auto - thanks to the combination of comfort and dynamics that is excellent for a budget car.

Who better keeps the punch?

Traditional for our country with its low-quality roads is a suspension test. KIA Rio, even though it is comfortable on smooth asphalt, when the slightest unevenness appears, begins to transmit shocks and vibrations to the salon, which are particularly acutely felt on the steering wheel. But such KIA stiffness is fully justified - thanks to it, the car behaves perfectly both on the straight and in the corners, clearly following the movement of the driver's hands. In addition, the Rio has no banks with active driving, which has a positive effect on active safety..

And what about the Chevrolet Aveo? Its suspension is much softer and allows you to confidently pass small joints of the roadway or cracks in the asphalt. It’s only worth getting in the path of the Aveo to a large pit, as softness turns into a long-lasting buildup that frightens people inside. In addition, in turning at high speed, the front part of the Chevrolet begins to be blown into the arc, which also does not contribute to increased confidence.

Despite the fact that KIARio has a very small space in the rear seats, it is still better for the modern family. In particular, the car will be ideal if you have to carry children to school and to extracurricular activities, as well as children on the sea - they still do not need a lot of space. Rio is reliable and stable, and also does not bother with constant engine noise on the track. But the Chevrolet Aveo is more suitable for individualists who have not had time to get a family - they will like the unusual dashboard, as well as successful front seats, allowing you to feel confident even during active maneuvers. A large rear sofa and a considerable size Chevrolet trunk will be useful for trips with friends to nature. 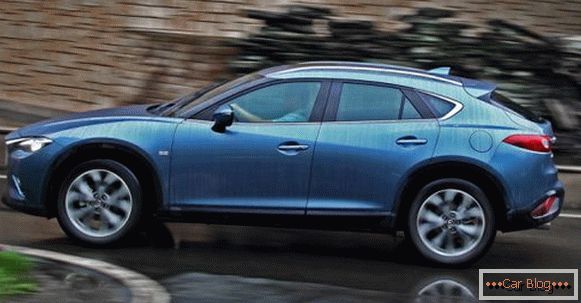 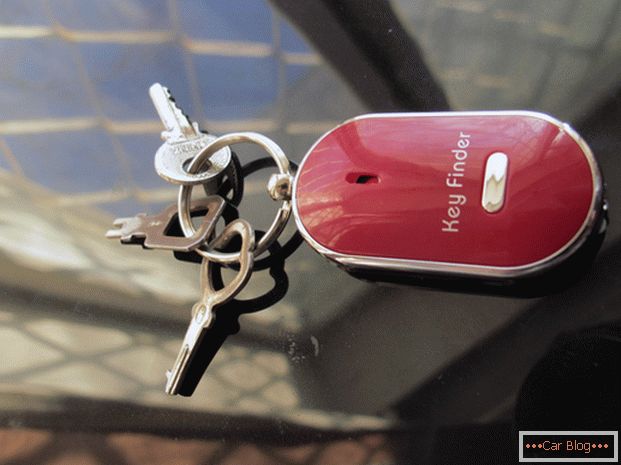 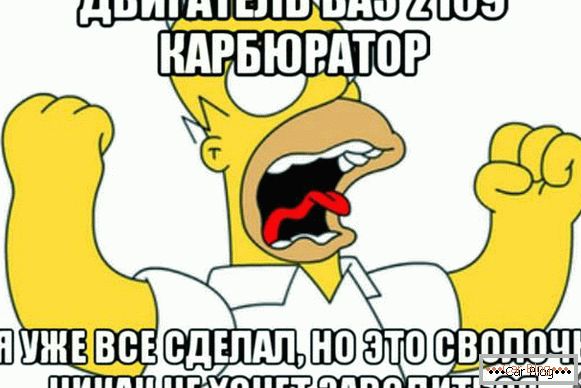