It must be admitted: if you are faced with such a dilemma, you are already lucky. The choice of Sorrento or Outlander today is made by those who want to be in trend and are looking for a good crossover. And if you read this article, it means, also in the subject. But what else can please this avtogurman? Of course, test drive fashionable and most popular models. Which of these beauties is better? The battle of top Kia Sorento and Mitsubishi Outlander SUVs starts right now. Do not move away from the monitors of your computers and fasten your seat belts - the pilot race has started! 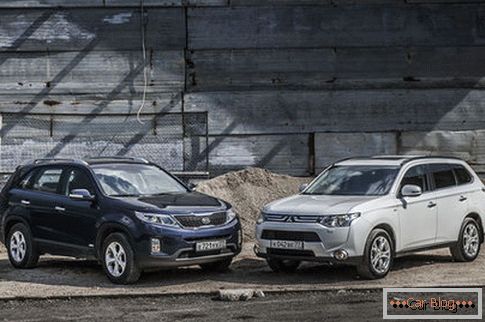 In the review, bright representatives of the class crossover

Carefully monitor this virtual test drive in the first place, those who are looking for a good off-road car: easy to drive and equally agile as on dirt roads and on city roads.

Crossovers attract a number of their advantages. These are high ceilings and landing, all-wheel drive. In addition, despite the impressive size, such machines are economical and manageable (compared to SUVs). They successfully combine the best characteristics of SUVs and city cars, give freedom of movement, are suitable for driving a large company, family travel. 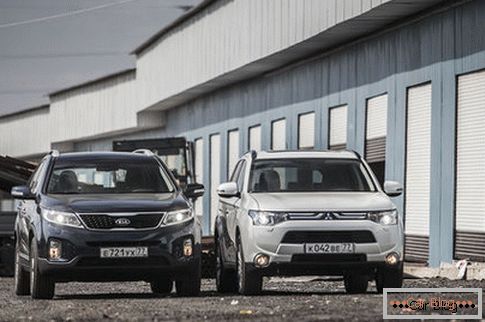 When choosing between cars, you should always objectively consider the pros and cons of each car.

Today in the domestic market among the most popular models of crossovers called Mitsubishi Outlander or Kia Sorento. They adequately compete with each other. Behind the wheel of these cars even the most sophisticated driver feels confident. But objectively, each of these machines has its pros and cons. So which of them - Outlander or Sorento? Let's figure it out.

So, we will get acquainted. This is Mitsubishi Outlander. This "Japanese". His name means "foreigner" in translation. This is a compact, petrol crossover with a sporty character and an athlete's appearance. This car definitely stands out on the road. Many note the features of aggressiveness in its design. But this does not spoil the model. On the contrary, it makes it even more stylish and presentable. She emphasizes her master's status.

And here is Kia Sorento - a mid-size purebred “Korean” who will force you to say a number of compliments to his country of origin. If you compare the diesel Sorento with predecessors from the Kia family, it is obvious that the car has become more powerful and solid. Car parameters - longer, wider and lower. The body was made carrying, and the car itself is lighter.

By the way, for the first time this model was presented to the public in 2002. She drew attention not only to the external similarity with the famous SUV (Lexus RX-300, Land Rover), but also the name. This is the namesake of the Italian city of Sorrento. Why is that? Manufacturer clearly focused on the European market.

Neither the car - the house!

Outlander is well suited as a family car. Its interior is roomy by itself, and if you assemble the seats, you can even create additional seats. In fact, in this car you can spend the night, which is very convenient when you, for example, go out of town or into nature. 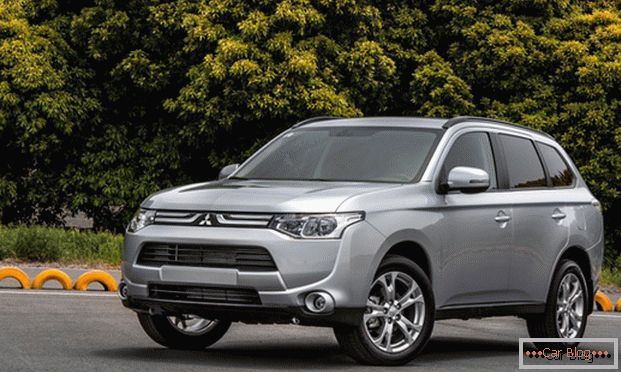 There is no doubt in the "hospitality" of Sorento. Roomy and easily transformed - a kind of home on wheels.

What is better than Sorento or Outlander in terms of controllability and “behavior” in various road conditions? Speaking of maneuverability, it is necessary to recognize Outlander’s certain clumsiness: impassability, recklessness and steep approaches (for example, overtaking) are clearly not his strengths. Weak and insulation here. Typing speed, you will hear how the body whistles and engine growls. And if you take more than 110 km / h, the car will literally "shout over" passengers. Although the Japanese are quite good on city roads. The only caveat - with sharp turns the car can roll. 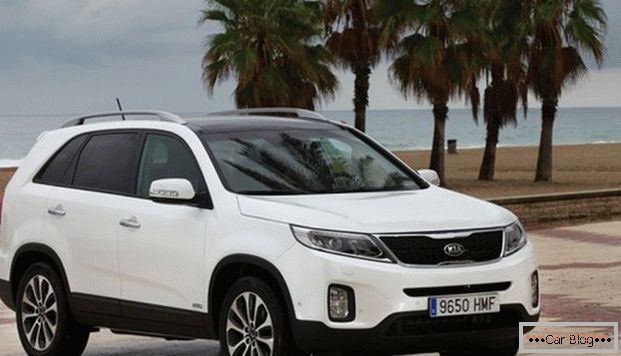 More easily behaves both on the primer and in the city of Sorrento. The driver of this car can afford a dynamic ride, without fear of potholes. At the same time fuel consumption is very economical.

adom.ru. The motor behaves “diplomatically”, so the car goes silently.

Stuffing to choose from

The manufacturer produces Outlander in five versions. In the two most common configurations, manual transmissions. Three types of motors are presented. You can choose a car in seven colors.

Kia Sorento in our market is represented with a gasoline and diesel engines. The choice - all-wheel drive and front-wheel drive models. As a rule, this is a six-speed automatic, but there are options for "mechanics".

Outlander's trunk volume is almost 500 liters. But in Kia it is more spacious - about 660 liters. At the same time in both cars provides a spacious secret shelf. The correct and ergonomic solution is to place the spare wheel outside, under the “floor” of the trunk.

What's in the cabin?

What does a salon look like? Outlander control panel is made in black plastic. It looks spectacular, but this material quickly collects dust and is easily damaged during operation. Up to the point that you can scratch the plastic, simply wiping the panel. In turn, the Sorrento panel is made of a more rigid material that is more resistant to external influences. 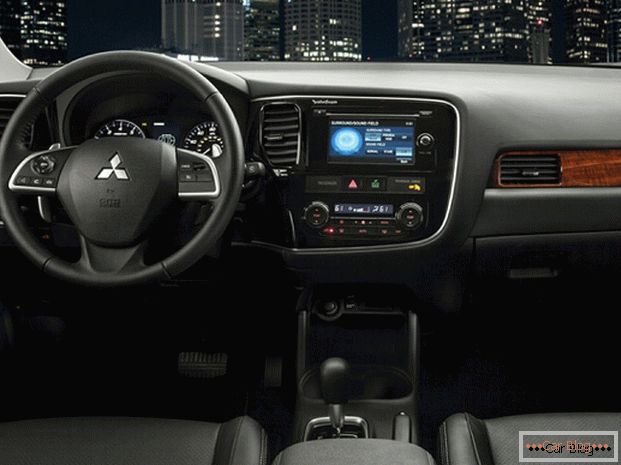 In the cabin Outlander

Mitsubishi is equipped with an electronic control system, but it is unlikely that it will be possible to understand it on the move - a very tricky chain of commands and functions. In Kia, more and more consistently, but there is another nuance. The screen on which the options of the control system are displayed, and with the help of which, in essence, control over the services of the car, is highlighted. In clear weather on the monitor it is difficult to disassemble anything, if you do not close it from sunlight, for example, with your palm. 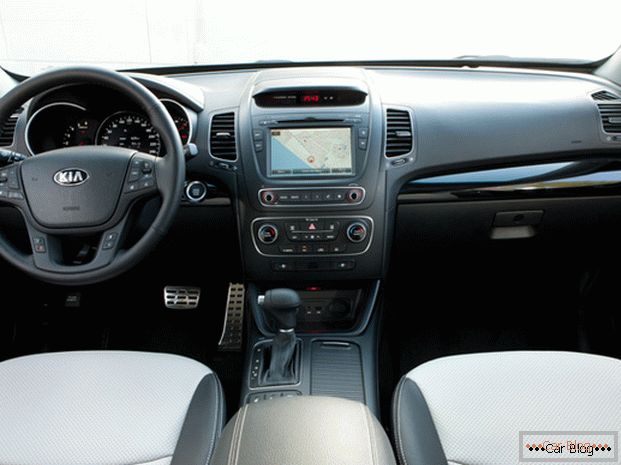 In the salon of Sorrento

When we choose the Kia Sorento or Mitsubishi Outlander, of course, it is important to understand how smoothly and harmoniously the crossovers fit into the turbulent life of city roads. In this case, the problems will not arise neither drivers Kia nor drivers Mitsubishi.

Both cars are capable of taking overclocking quickly, although the Sorento machine gun is unrivaled. It gives the feeling that the car itself chooses the desired mode of movement, he maneuvers in rows, choosing the optimal speed and distance. At the same time, the Outlander dials faster and more smoothly.

Test drivers claim that the Outlander in the management is practically no different from the usual car. This is possible largely due to the special tools in the steering settings. But to steer Kia is not a task for wimps. In this case, the booster would do well to add "degrees".

By the way, avtoznatoki claim that Kia is much cheaper to maintain than Outlander. At the same time, the degree of reliability of both crossovers is approximately at the same level.

In the showrooms a brand new Kia Sorento can be purchased, ranging from 929 thousand rubles. That is how much a front-wheel drive model will cost with minimal “minced meat” in the form of, for example, an on-board computer, a modern climate control system. If you want to immediately take a diesel car on the principle of "all inclusive" (panoramic roof, heated windows, modern audio system, etc.), then prepare at least a half million rubles.

Outlander can be found in the range of 800-900 thousand rubles, but in this case we are talking about models produced in 2008. Prices for more “fresh” models are catching up with the range that Sorrento has mastered.

If you monitor the views of the owners of Sorento or Outlander, it is not difficult to see that more positive ratings sound from motorists in favor of the Kia. It is more technical, quick, comfortable. However, Mitsubishi found its niche in the European market, because in this price segment more such pretentious cars are hard to find. And for our man, as you know, image is everything. 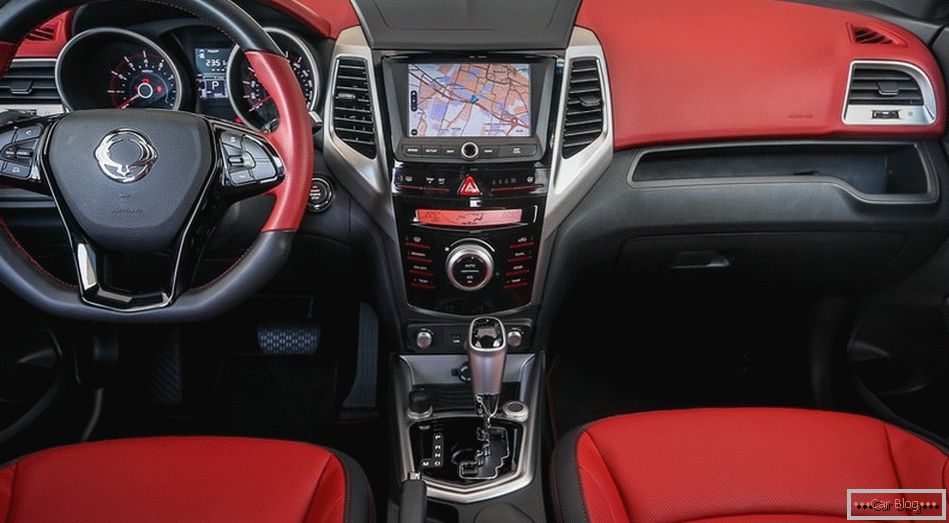 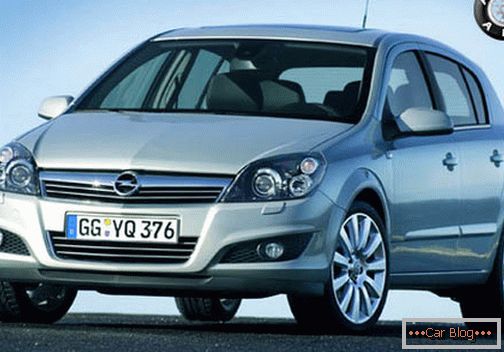