“Hello, girl, give you a lift?” - not a single beauty can resist such a proposal if it sounds from the salon of a new crossover. SUVs, as they were called in everyday life, occupied a worthy niche in the domestic market. This type of car has recently appeared a lot of fans. The glory of the SUV (the result of the “union” of the classic car and jeep) did its job. As a rule, with external solidity (and even sometimes cumbersome), such machines are very nice to manage. Adding advantages and the fact that crossovers are in a more affordable price segment than, for example, their "colleagues" SUVs. Want to ride? Today we offer you a place behind the wheel of two running models of SUVs, in order to find out which one is cooler - Toyota Rav4 or Outlander of the Mitsubishi company. 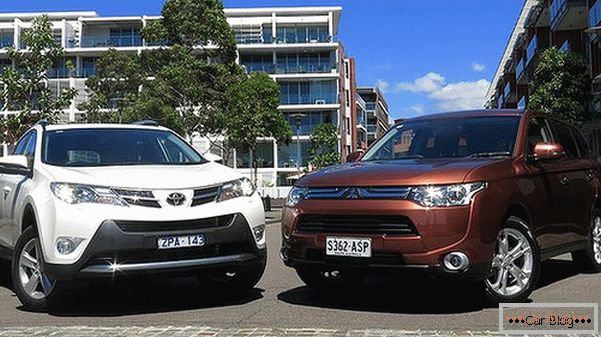 So, Toyota RAV4 and Mitsubishi Outlander are already at the start. What you need to know from their biography to start a duel "Rav4 or Outlander"? Outlander is very close to passenger cars and on the external characteristics and technical properties. A good machine and a strong outlander motor are its undeniable advantages. Those of you who have both hands on the classics, where comfort and safety are at the forefront, will definitely be happy with Rav4.

In the status of the first mover

The Japanese presented to the public the first variations of "Rafik" back in 1994. We can say that he is a pioneer, because after his presentation the concept of SUV (Sport Utility Vehicle) came into use. This is a special term for off-road vehicles that are not all-terrain vehicles. In many ways they look like cars, but at the same time they can carry more passengers, large loads and calmly react to primers and off-road.

From the beginning of the two thousandth model began to appear in new images. Only the five-door version drove into the domestic car dealership today: two gearboxes, an automatic, a gasoline engine. Depending on the configuration, the Rav4 price starts at $ 31,700.

This car has a smooth ride, it attracts with external data and boasts a rich equipment. By the way, “Rafik” has been holding the lead in sales for many years. Modern, with an unusual interior and malleable in the management - this car attracts the attention of auto gourmands.

Although it must be admitted that Outlanders are selling well. (In fact, over five months of sales in Russia, more than 430 cars were bought. And despite the fact that at that time there were only “mechanical” models with two-liter engines).

Experts point out that this is a really good version of a semi-alloy car, with excellent control characteristics. But in comparison with Rav4, the Outlander is a newcomer among SUVs. He appeared on the market in 2003.

Local dealers can find models with two petrol engines, a manual transmission or automatic. The price starts at about $ 28,000.

Rav4 is equipped with a 2-liter gasoline engine. Outlander also has 2-liter petrol models, but in terms of assertiveness and "horsepower" they lose to Toyota.

What distinguishes our duelists outwardly? And how to bet in the tournament “Rav4 vs Outlander”? 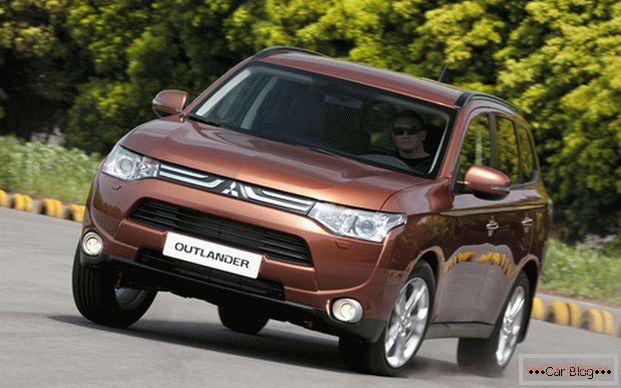 Outlander is like a "plump" car. But one should not lose vigilance and believe that he is a simpleton. Narrow headlights, “muscular” silhouette, front grille put everything in its place: Outlander is a worthy opponent in the circle of crossovers, and in the circle of generalists.

That is, while Toyota is quite similar to an SUV, Outlander is more like a station wagon. But in fact, and in another case, we are dealing with these "fighters" crossovers. 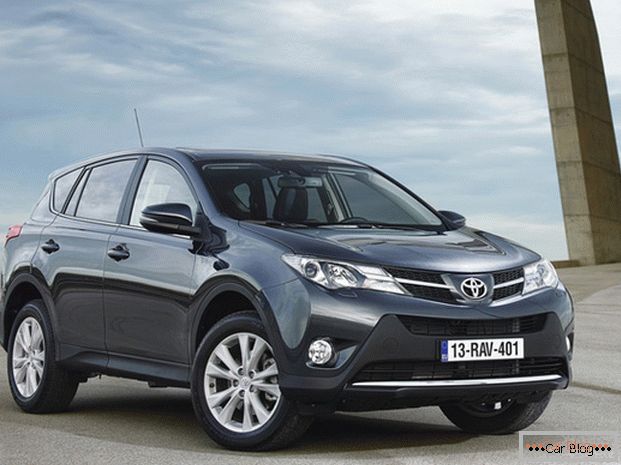 Rav4 has a certain elegance, a share of a certain charm, if you want. But the spare wheel, attached at the back, gives off-road ambitions.

How do you in the cabin? Got comfortable? Agree, there is a difference in whether we are driving behind the wheel of Rav4 or Outlander.

Bagel in Toyota medium diameter and very easy to manage. There are comfortable seats with a variety of adjustment options. In the interior design, preference is given to round details. Up to the fact that in this form all instruments and control buttons are made. 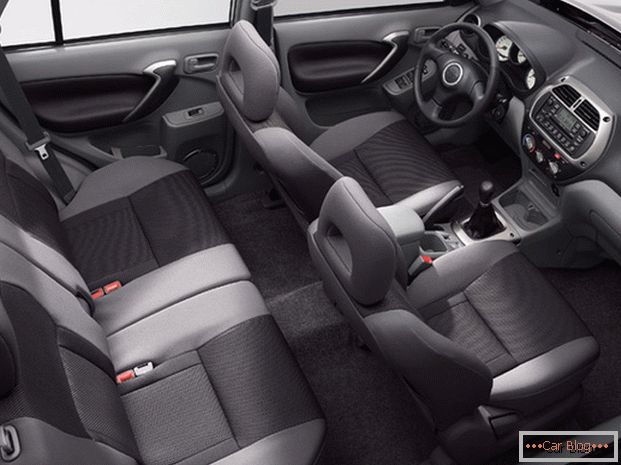 Outlander on the background of "Rafiq" is quite conservative and serious. It's very simple without pathos, as well as without surplus in the decoration and even in the onboard control system

adom.ru. For decoration used simple, affordable materials. Well, they say all the ingenious is simple. Maybe this is the case? 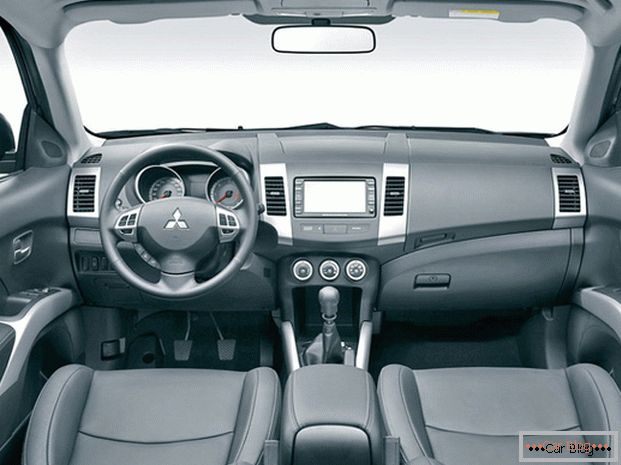 The seats are transformed here, literally taking the form of the driver. A back sofa is great for comfortable placement of a large company. If desired, it is transformed into a bed.

"Engine" and "automatic" - a sweet couple?

In Toyota due to the fact that the spare wheel is attached to the rear door, the trunk is quite voluminous. Space is also added due to a lower floor. But then the argument that Toyota Rav4 is better or Mitsubishi Outlander is inappropriate. The answer is obvious. Indeed, in Outlander, the spare tire was hidden under the bottom. This solution ate some of the usable space. 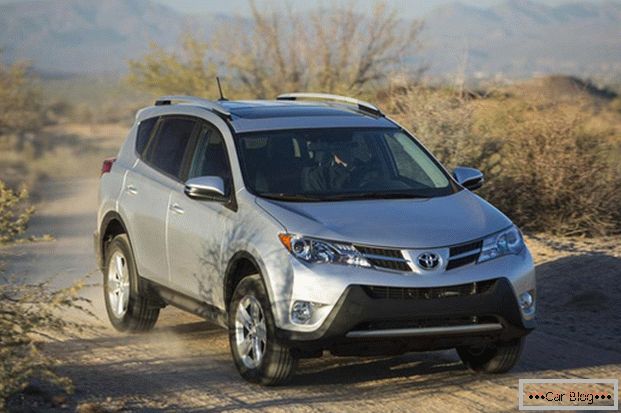 Automatic transmission limits the maneuverability of the RAV4

If we talk about dynamism, then, perhaps, Outlander is leading here. Yes, “Rafa” has an excellent, healthy “heart”. But such an engine would be more assertive with a mechanical control system, and a duet with an installed machine gun leads to a certain delay in the performance of maneuvers. 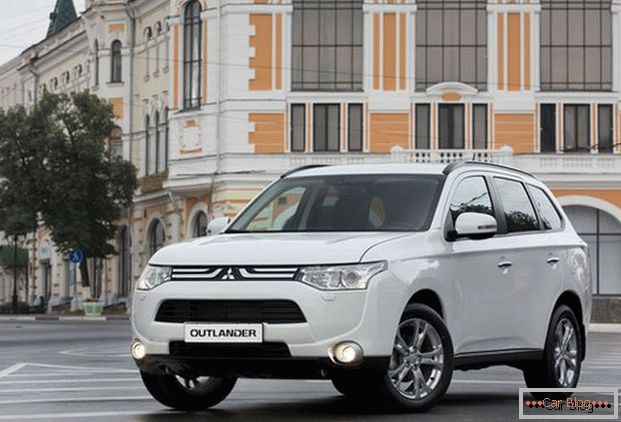 Outlander's automatic gearbox is perfectly combined with its engine.

In Mitsubishi, a couple of “engine” and “automatic” are more suitable for each other. As a result, the car does not think and does not hang. In general, the engine of the new generation 2.4 MIVEC gives a clear advantage to the Outlander. In this segment there are no more similar offers.

Is the flight normal?

By handling the odds are also in Outlander. You can not even say that you are driving a car with a high seating position, a relative of an SUV. You drive like a good passenger car.

Toyota behaves well in the city, rebuilt. In general, the control algorithm is as simple and smooth as in Outlander, although there is still no similar feeling of “flight” and lightness.

If you compare Rav4 and Outlander by the braking function, then it will be difficult to find the loser. Both the one and the other car are all right. They are equally easy to cope with the tasks and on the ice, and on a dry, clean road.

Let's drive through the lane. How about off-road driving? Here the trump card was at Rav4. That he has the best maneuverability. Therefore, where Mitsubishi gets stuck in a rut, Toyota is slowly but surely moving forward.

What is the result?

So, we sum up certain results. To buy exactly you: Mitsubishi Outlander or Toyota Rav4? Surely your sympathies on the side of "Rafiq", if you are a supporter of the traditional, reliable ride without extreme. But Mitsubishi is an option for restless drivers who like emotions and adrenaline behind the wheel. In any case, going to a car dealership for a crossover, do not forget a small cheat sheet. So who is better than Rav4 or Outlander? The choice is yours. 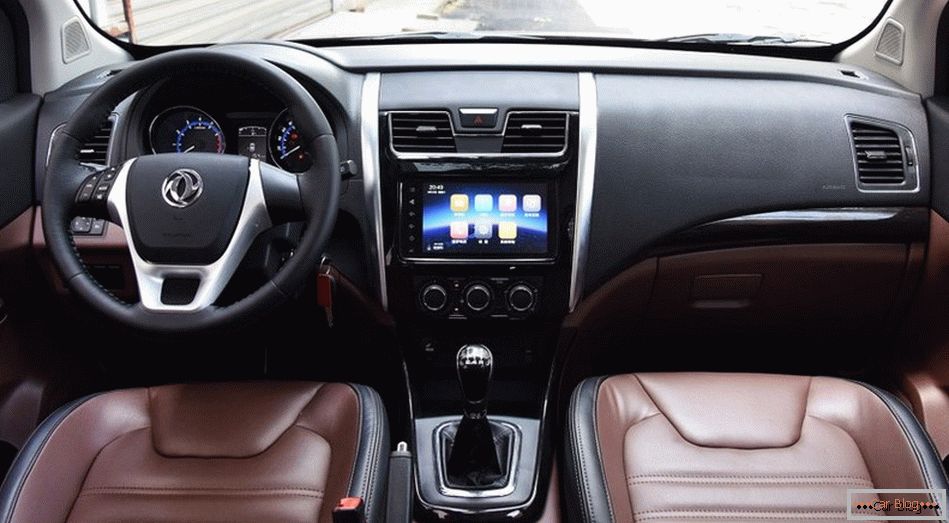 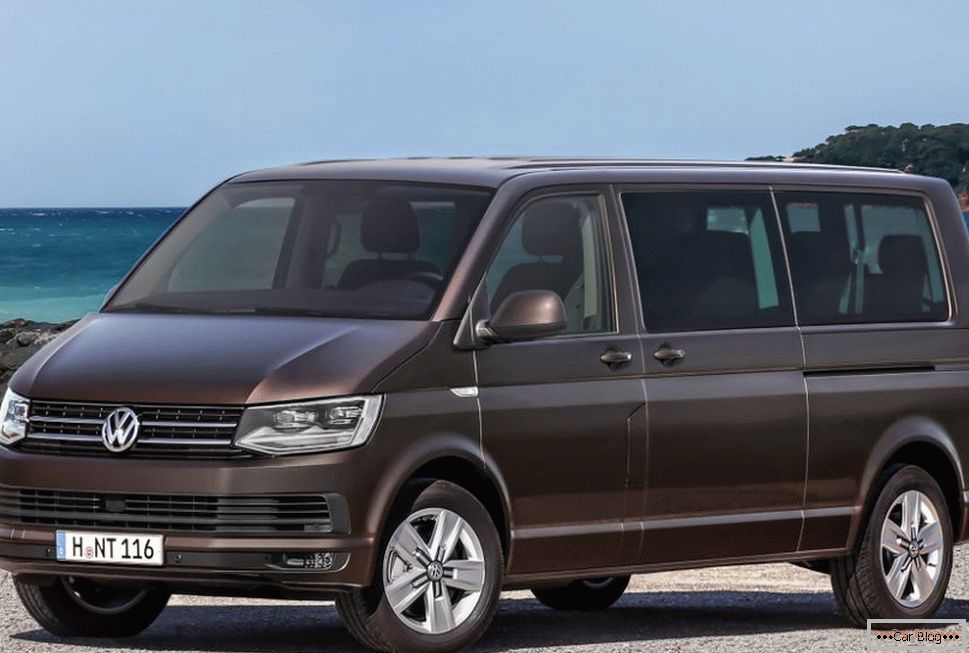 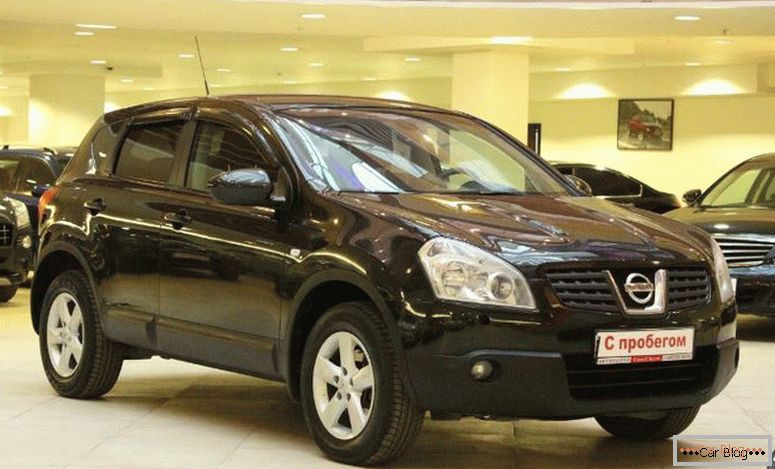 Used nissan qashqai with its features