No extra cost: a comparison of renault duster and ssangyong

Renault Duster, which entered the market several years ago, managed to overcome the stereotype about crossovers, as about expensive cars, which are a kind of “toy” for those who love large SUVs, but are not ready to put up with their huge price and a number of inconveniences in operation. In addition, the Korean SsangYong Actyon, which is already being produced in the second generation, and managed to get a good reputation, is relatively inexpensive. Is it worth it to buy a crossover at the price of an ordinary car, because such a reduction in cost may be due to savings on the quality of the most important elements of the car. We have to figure it out, in passing, determining which car is better for all occasions - Duster or Aktion. 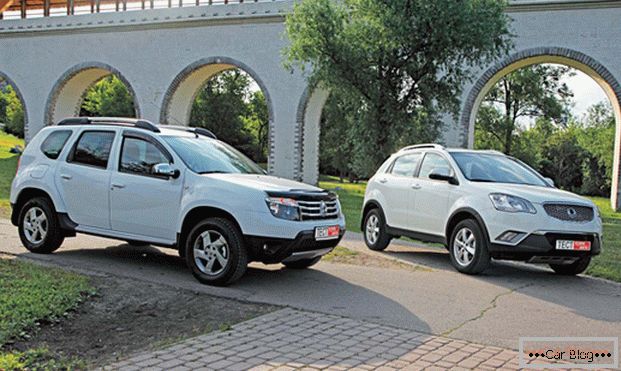 If you look at the Renault Duster of the current generation, it looks more than modest due to an extremely simple body with straight lines, as well as the absence of memorable design solutions. However, it is worthwhile to put the Duster alongside the previous generation, as the opinion changes to the opposite - the car looks just perfect for its price range! Especially well, the new Renault crossover looks in front, where a chrome grille with rectangular elongated cells immediately catches the eye. In addition, despite cost savings, the French used in the Renault Duster modular headlights, divided into three segments:

But from the side and the back there is almost nothing to see - if the Duster is not equipped with railings, then the only part that stands out from these angles is the imitation of a diffuser created from silver plastic. 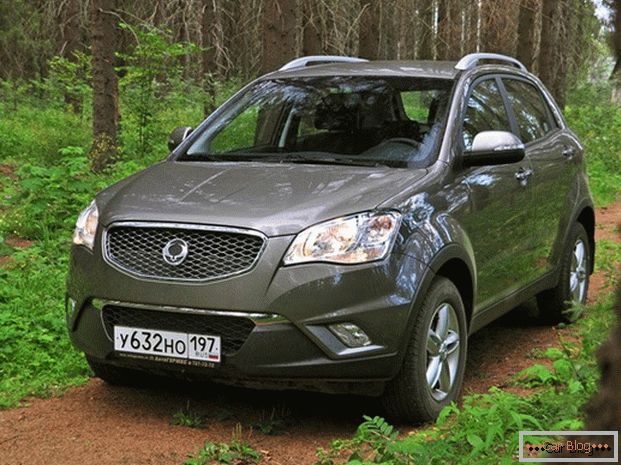 I don’t want to complain about the designers who developed the SsangYong Actyon car of the new generation - it’s not surprising, because his appearance was created in the world famous studio Italdesign. If you compare the Duster or Aktion, the Korean car looks much more harmonious thanks to precisely aligned lines and soft curves of the body, adjacent to the straight lines of the front bumper and grille. The sloping roof of the SsangYong Actyon gives the crossover agility, which is emphasized by the tapering at the rear side windows. Rear Actyon looks just fine thanks to the original form of the fifth door with prominent stamped elements. Here are just the SsangYong taillights strongly contrasted with a similar style due to its smooth contours - they seem to belong to a completely different car.

Inside the cabin - the evolutionary development

At the mention of the interior of the Renault Duster, again, I want to compare the crossover with the previous generation, which by its simplicity resembled one of the cheapest models of the company - Renault Symbol. Now the situation has completely changed - the center console received decorative plastic inserts on both sides, and also moved somewhat toward the cabin and received a multimedia system monitor in the most expensive models. In addition, the workplace of the driver Renault Duster has significantly improved - the three-spoke steering wheel is now equipped with silver plastic inserts and buttons to control entertainment. Renault devices now consist of three scales and have a rather pleasant reddish backlight. 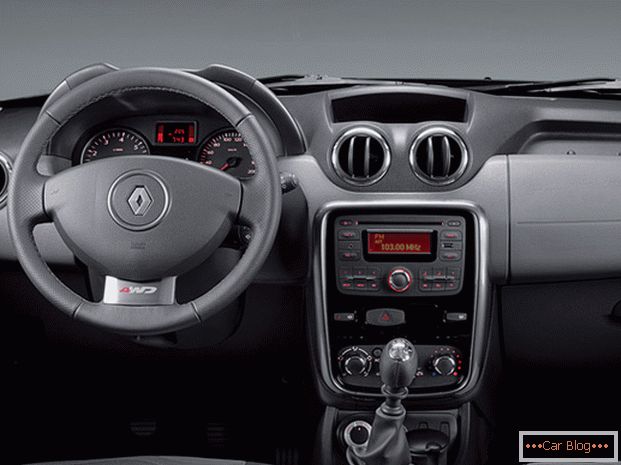 That's just if you are going to choose Duster or Aktion, you should pay attention to a few ergonomic errors in the French crossover, represented by the position of the mirror positioner under the handbrake lever, and the remote control with the window lifter buttons, which is inconvenient to use due to the door handle partially closing it. Front seats

adom.ru in Renault Duster have optimal stiffness and good shape of the pillow, but they are spoiled by an uncomfortable back, forcing you to choose a vertical fit with constantly tense back muscles. The rear sofa Renault provides a huge space for riders of any body size - three adults can fit here who will not feel the lack of space for their knees or be afraid to touch the roof with their head. But it should be said about the shortcomings of the Renault Duster, which include the absence of molded grooves in the cushion and back, forcing passengers to involuntarily move during abrupt maneuvers. The Duster's trunk volume is small at the expense of giving priority to passengers, but when the rear seats are folded, the figure increases from 408 liters to 1.6 cubic meters.

If in terms of design, the Renault Duster approached the previous generation SsangYong Actyon, the new Korean car has already gone far ahead, competing with higher-end cars. Particularly interesting is the center console, which resembles its V-shaped new Ford models. In addition, a good impression is made by the vertical deflectors of the microclimate system, which are also very pleasant to operate. I would especially like to express my great gratitude for changing the old inexpressive and overly bright SsangYong Actyon devices to new dials with digitization inside the scale and white backlighting. 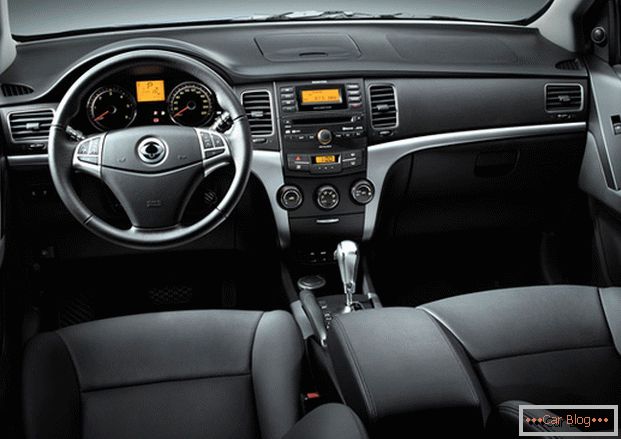 Sitting in the car, at first you feel just fine - the back allows you to choose the right fit, and the pillow does not annoy too soft. However, comparing Actyon or Duster, you realize that the seats of both crossovers are not ideal, although in this case too close lateral support becomes the cause of inconvenience, making you feel very tired after a long trip. There are no complaints about the back sofa - not only is there more space than in the Renault Duster, so the seats also have a comfortable molding, and in the absence of a central passenger you can use a massive armrest. The trunk of the SsangYong Actyon in the standard position is somewhat larger due to the volume of 486 liters, but after transformation it is possible to achieve a space of only 1.3 cubic meters.

Dynamics and capabilities of cars

Getting off the ground to Renault Duster, you do not believe that the motor develops only 135 horsepower - so rapid acceleration is obtained. However, then you realize that the designers of Renault just picked up very short gears that make you constantly put up with the loudly running engine. But at city speed it remains only to enjoy the ride - Renault's four-stage “automatic” very quickly changes steps, despite its archaic design, and also instantly responds to the touch of the gas pedal. Suspension Renault Duster annoying ringing knocking and shaking when driving irregularities, but with increasing speed such trouble becomes unobtrusive.

If you make a comparison Actyon vs Duster, the Korean car definitely loses the ease of control in the city. The work of the SsangYong automatic transmission with six steps is not always clear - with a slow ride, it keeps high revs for too long, and also allows significant delays after strongly pressing the gas pedal. The only mode in which it is convenient to drive SsangYong Actyon is driving on a country road, when the car after some time passes to the highest levels, allowing to ensure smooth running and economy. In the city, there is no need to talk about cost cutting - Actyon often consumes more than 11 liters per 100 kilometers. The suspension of the SsangYong crossover is very good - unlike the Renault Duster, it does not allow the occurrence of unpleasant sensations even at low speeds.

Only having tried to climb a steep slope behind the wheel of a Renault Duster, you understand what is the point in using such short gears - the first step is quite capable of replacing the lowering position of the transfer case! The huge ground clearance of 210 mm also contributes to an increase in maneuverability - thanks to it Renault can drive through a forest clearing with small stumps or stony primers. It is necessary to say about the incredible energy intensity of the Duster suspension, which allows you to go over the bumps and hummocks at great speed, completely noticing any inconvenience. But the Renault four-wheel drive turns out to be an almost useless toy - after a couple of tens of minutes driving through deep mud the clutch in the transmission overheats, and the driver loses the advantage of allowing him to overcome difficult areas. Therefore, Renault Duster allows you to make a trip to the forest roads and climb steep hills, but any sodden dirt road can be insurmountable for him.

If we compare Aktion and Duster, it turns out that the first car is generally not adapted for going outside the road with normal coverage. The ground clearance of the SsangYong Actyon is small, and the large, stylish bumpers have very modest entry and exit angles. However, here the algorithm of the automatic gearbox works, which seems far from optimal on the asphalt, helps to overcome difficult parts of the road without the risk of a deep linkage. Maintaining high speeds, SsangYong Actyon gives about 15–20 minutes to get to a safe place, after which the transmission overheats. The Actyon suspension, which is comfortable at all speeds with a flat surface, does not withstand collisions with large pits and bumps, starting to transmit tangible blows to the salon.

In which direction to move?

If you buy a crossover solely in order to navigate on good roads, it is better to give preference to SsangYong Actyon, however, it is worth choosing a mechanical transmission for it, which allows to achieve high ease of operation and good economy. But Renault Duster wants to be called the heir to the Niva, similar to her in a modest level of equipment and excellent off-road capabilities given the modern approach to creating a car. But Renault Duster’s presentability is clearly lacking even after the upgrade, so for those who pay attention to the design, it’s better to choose SsangYong Actyon. 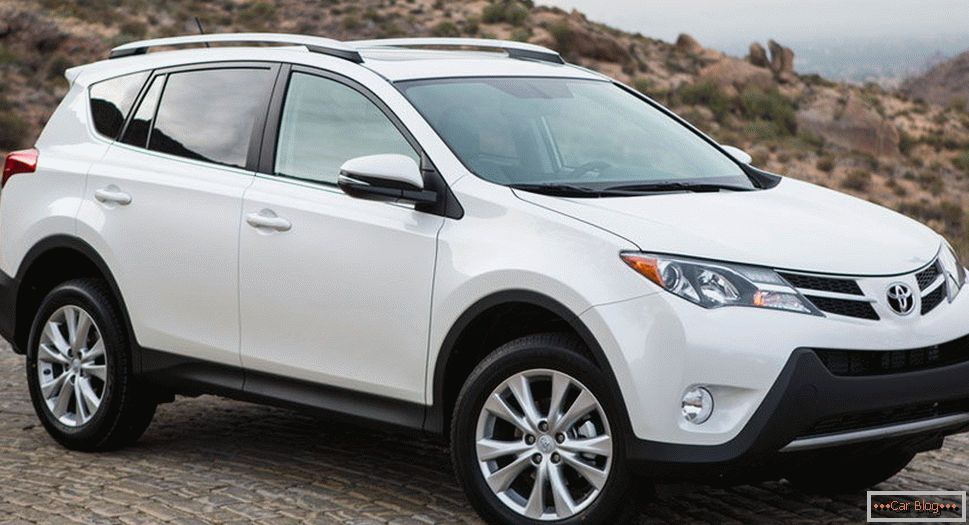 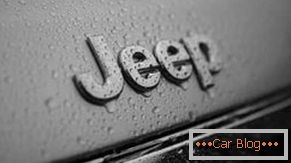