Objects of worship - a comparative test mazda 3 and toyota

Despite the relatively low price of such cars, for their owners they are real objects of worship - large-scale fan clubs are created on the Internet and in the real world, there are active disputes that sometimes go too far. Admirers of Mazda 3 are especially fierce - thanks to the driver’s image of this model, far from the calmest drivers buy it. But Toyota Corolla, on the contrary, more attracted successful people who seek to give themselves a respectable image. Judging by the number of fans, you cannot immediately tell which car is better in all respects - the Mazda 3 or Toyota Corolla. To find out for sure, it is necessary to conduct a comprehensive comparative test. 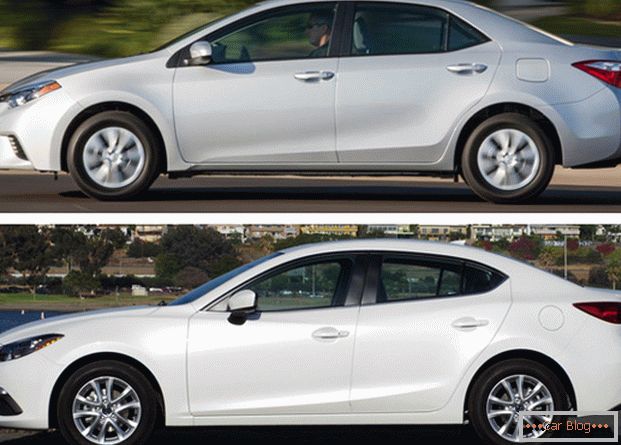 Even when Mazda 3 and Mazda 6 of the first generations went on sale, dealers said that they were selling themselves - the buyer only needs to look at the exterior of the car to go to the cashier or to the bank to get a loan. The situation has not changed - the Mazda compact model 3 has a new branded style even more to the face than the older 6. The front of the car has become aggressive - the headlights tilted to the center are equipped with optics with clearly visible lenses, which gives the Mazda 3 a truly unforgettable look in the spirit modern sports cars. The Mazda 3 radiator grille is striking, as are the fog lamps placed in shallow podshtampovki, and even the air vent in the lower part of the front bumper. 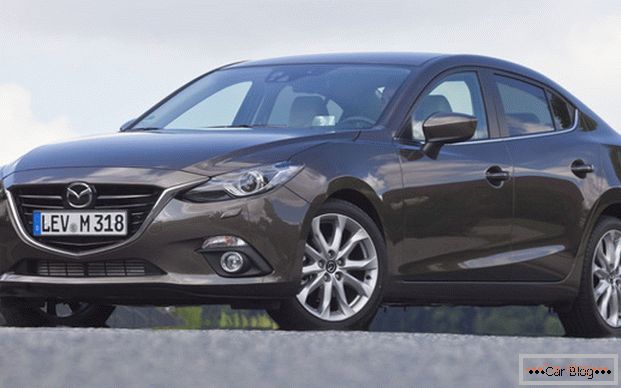 Previously, when arguing about who is better - Toyota Corolla or Mazda 3, supporters of Toyota have always remained silent when it came to appearance. However, now the manufacturer has made them a smart gift - the machine of the eleventh generation looks just great! The beauty of the Corolla is not the same as that of the Mazda - the exterior shows the aspiration of the small Toyota sedan to business class rather than to sports cars. The front part looks especially good, in which a wide grille is clearly distinguished, the side parts of which merge with the headlights, finding its continuation in narrow strips of daytime LED lights. And the Toyota Corolla headlights themselves, with complex shapes that look like a masterfully cut gem, also invariably attract the attention of their neighbors in the city traffic flow. 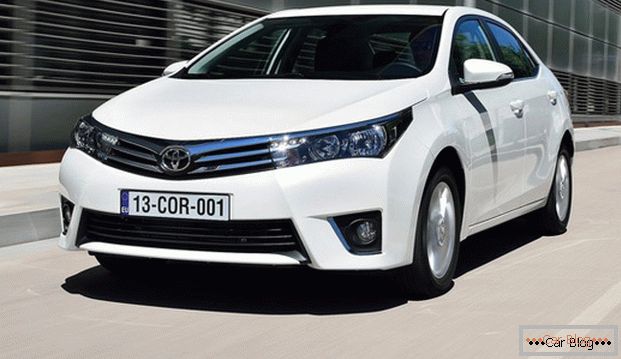 Unlike the Mazda designers, the specialists who worked on the Toyota Corolla's body were not played with the cabin moving backwards - the cabin is located exactly in the center, with the result that the car looks quite solid and respectable, and also seems larger than it actually is at the side. The smooth lines, characteristic of the tenth generation, are completely a thing of the past - the Corolla glows in the sun with its many-sided planes, which stands out among the rounded cars that make up the majority in this price category. Rear Toyota looks no less respectable. Large headlights, occupying a significant part of the plane of the wings, are interconnected by a silver chrome-plated jumper, giving the visual richness to the design of the car. It is worth noting the bumpers of the Toyota Corolla, which have smooth surfaces and considerable size, which allows you to get the last drop, which was not enough to recognize the appearance of the car solid and high quality.

The same approach to the interior

If you carefully inspect both cars from the inside, then fans of Toyota, participating in a dispute about what is better - the Mazda 3 or Corolla, will have a new argument in favor of the subject of their adoration. Previously influenced by “sporting values”, the Mazda 3 was transformed after a change of generations and became incredibly similar ... to the interior of the Toyota Corolla! The center console became almost vertical, and lost the monitor of the multimedia system, which moved to the upper part of the front panel, becoming like a large smartphone alien in the car. But on the tunnel now there is a rotary controller, similar to a similar detail of the interior of BMW cars, and the front panel received an insert from silver plastic, which plays the role of decoration. The only reminder of the former design remains the steering wheel and the instrument cluster, in which each dial is hidden under a large visor. 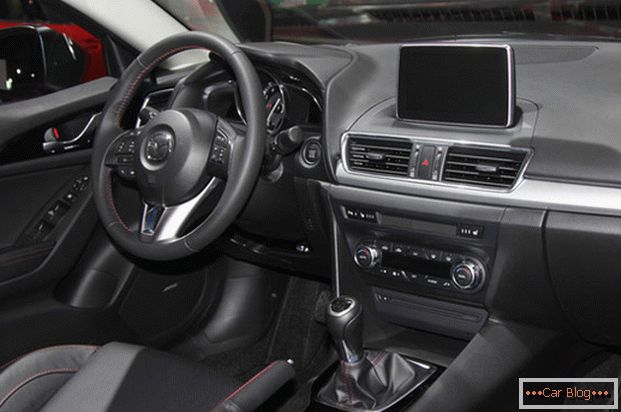 This is not to say that the Toyota Corolla is far superior to the Mazda 3 in terms of the ease of use of the main controls and the aesthetics of the interior design.

adom.ru, but Toyota specialists obviously managed to give the interior a uncluttered beauty, which is a real decoration of this vehicle. The center console, as such, is almost absent - it was replaced by a small section under the front panel, which houses the climate control unit. But Toyota Corolla multimedia monitor is raised above and is built into the middle part of the front panel surrounded by control buttons and air deflectors - unlike the “smartphone” in the Mazda 3This solution looks quite harmonious. Toyota Corolla devices are very beautiful thanks to the gentle bluish backlighting and detailed scales, but the steering wheel looks rustic for a car in this price category. A nice decoration is also a silver band running across the entire front panel of the Corolla, covering the deflectors and devices. 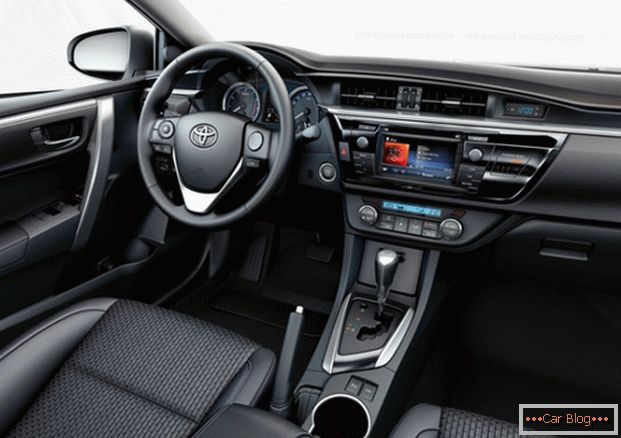 Another disappointment can befall fans of the sports image of cars when comparing Toyota Corolla vs. Mazda 3. The sedan is often purchased for family trips with a lot of luggage - and in the Mazda 3 you have to be content with a 400-liter cargo compartment, which has strongly protruding wheel arches. There can be no space on the back seat - the legroom is much smaller than in all other cars of similar dimensions, which is the negative side of the cabin pushed back. In addition, the sloping roof of the Mazda 3 greatly reduces the amount of space above the head, so only children, teenagers and people of small stature are comfortable behind. But the comfort of the front seats is at a high level thanks to the ideal profile, good lateral support and a wide range of seat position adjustments.

On closer examination, the Toyota Corolla can be seen that the trunk of a car has almost 60 liters more space than a competitor - and, therefore, it will be possible to load another travel bag in it, which is not unimportant on a long journey. On the back of the couch Toyota Corolla quite spacious - after all, passengers are not hampered by either closely spaced front seats, or lack of space above their heads, or relatively small width. Of course, three adults of large size will not fit here, but here it will be very comfortable for two of them. The front seats of the Toyota Corolla are in many ways similar to those of the Mazda 3, but the profile of their backs is not so perfect.

The former Mazda 3 was famous for its excellent dynamic parameters, which allowed it to easily break free from traffic lights and stay ahead of other road users. However, such fame accompanied mainly cars with a two-liter engine, while for comparison, Toyota Corolla vs. Mazda 3 was chosen car with the latest power unit SKYACTIV-G volume of 1.5 liters. Initially, the motor shows itself from the best side - its elements are quick starts, active maneuvers and "traffic lights racing". However, it is worth turning the tachometer needle over a threshold of 3500 rpm, as the electronics begin to restrict the flow of fuel, markedly worsening the dynamics to increase efficiency and reduce damage to exhaust to the environment. As a result, even with the traditional six-speed automatic, the Mazda 3 loses to its rival - and if you try to push the gas pedal "to the floor", you will only achieve an increase in fuel consumption of up to 12-13 liters per 100 km without a significant increase in dynamics.

At first it is even surprising that the Toyota Corolla, equipped with a continuously variable CVT, is perceived as a more harmonious car. But then you realize that the Toyota engineers did a tremendous job of making the car ideal. The notorious efficiency and environmental safety is achieved through fine-tuning of electronics and the use of new technologies, and not through the work of mechanical and electronic dampers. As a result, Toyota Corolla confidently bypasses the Mazda, both in the city and on the highway, a little behind only in the first seconds of the competition.

If you want to buy a Corolla or Mazda 3 and read reviews, you will surely hear that the latter has a fairly rigid suspension, often causing discomfort. Do not believe it - such claims were true only for previous generations, while the current generation of the car is equipped with a fully redesigned undercarriage. Former shortcomings are completely eliminated - the car almost does not transmit blows to the salon, even if the driver is not actively slowing down before major irregularities. At the same time Mazda specialists managed to retain all the advantages:

That's just had to pay for comfort in small rolls in the turn, which are a consequence of the use of less rigid springs.

As for the Toyota Corolla, it is in this competition shows the average result. Of course, frank discomfort in the cabin of this vehicle you will not feel, but still I would like to count on a lower intensity of strikes and not so loud sounds coming from under the bottom. But in the field of manageability, it is on the same level with the Mazda 3 due to the ideal settings of the electric power steering.

Just want to please the admirers of both cars - not to say that the Mazda 3 or Toyota Corolla is much worse than the competitor. Machines have completely different target audiences - for example, Mazda is more often bought by young people who are not burdened with family and demanding office work. But Toyota Corolla will surely be chosen by those who are used to moving up the career ladder from the youngest years. For them, the car will be a kind of display of status and promise of success in the future - they say, the Corolla is only the first step, followed by more expensive cars. Yet Toyota is a more balanced and practical car, which should be preferred in the case when the design is not the determining factor of choice. 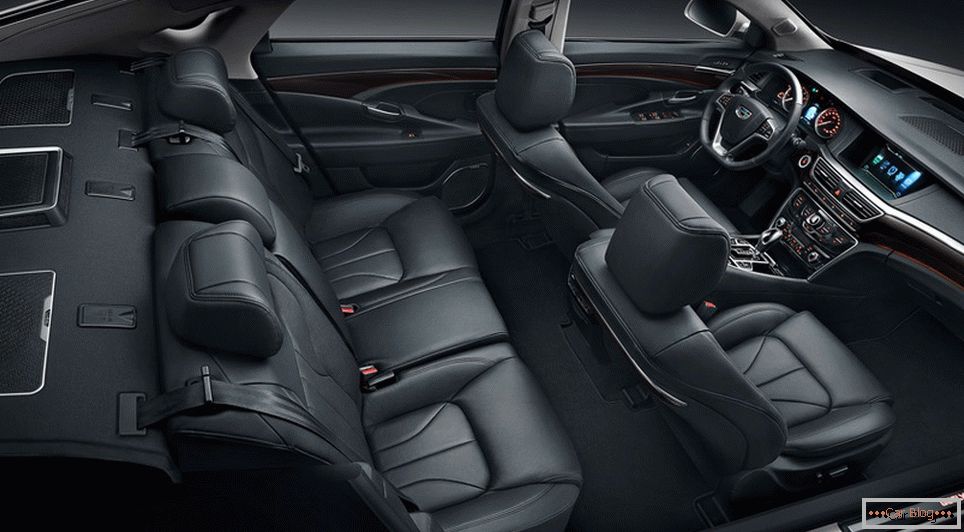 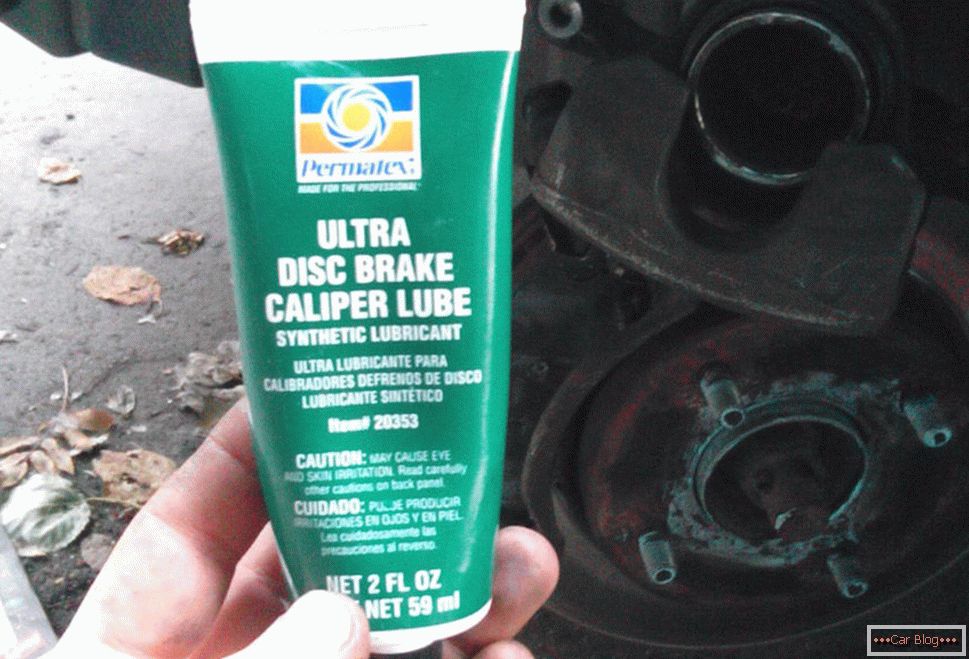 The japanese are thinking, and not to start selling russian