Before the beginning of the current crisis, Russians most often preferred the budget cars of foreign brands that were assembled in our country. Moreover, the growth of welfare has led to the fact that their applications for leadership have begun to submit such far from cheap cars, like KIA Cee'd and Ford Focus. They are popular now as well, which is associated with fairly competitive prices and excellent consumer characteristics. Like other golf-class hatchbacks, they are purchased for family use, which means they are not going to change in the next few years - and therefore it is very important to evaluate every little thing when making your choice. We will try to find out which car is better suited for a modern family - Kia Sid or Ford Focus 3.

Opening the driver's door Ford Focus, you can unwittingly admire the variety of shapes and colors that are used by designers of the famous car manufacturer. At the same time, the Focus amazes not only with the beauty of the interior, but also with carefully thought-out ergonomics - using a multimedia system with a large round controller is almost as convenient as in BMW or expensive Volkswagen models. However, when the admiration for beauty passes, the finish begins to cause some irritation - the alternating silver and black alternate in the Ford Focus and the driver can search for the button he needs for a long time. The search for the necessary menu items is not very well organized either - if the machines of the mentioned brands use large displays of 7-10 inches, then Ford has a diagonal of 5 inches, and even annoying glare when exposed to sunlight on its surface. 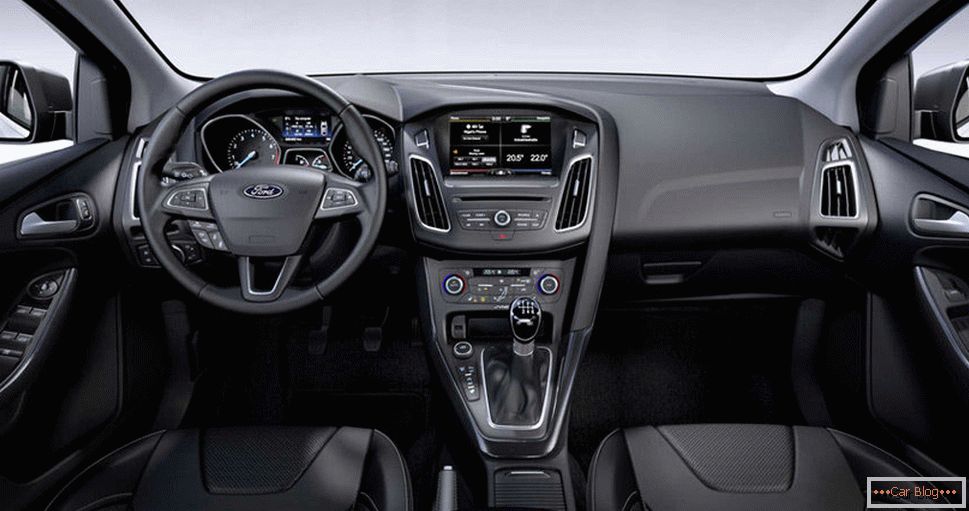 If you choose a Ford Focus or a Kia Sid on the first impression, then you will not have much hope of winning a Korean hatchback. However, after a couple of hours, you begin to get used to the outwardly nondescript trim materials and classic front panel shapes of the KIA Cee'd. It becomes clear that the designers and experts in ergonomics were guided by the style of Volkswagen cars - this can be seen from the deflectors, gear lever, and the climate control unit. And they managed to get closer to the ideal - if Ford Focus makes you look closely at the buttons and controllers, then here you can manage most of the function intuitively without looking. The owners of the new Cee’d appreciate the 7-inch touchscreen very highly - although its graphics do not add up to the level of premium cars, the image on it always looks clear and is not exposed to the direct rays of the sun. 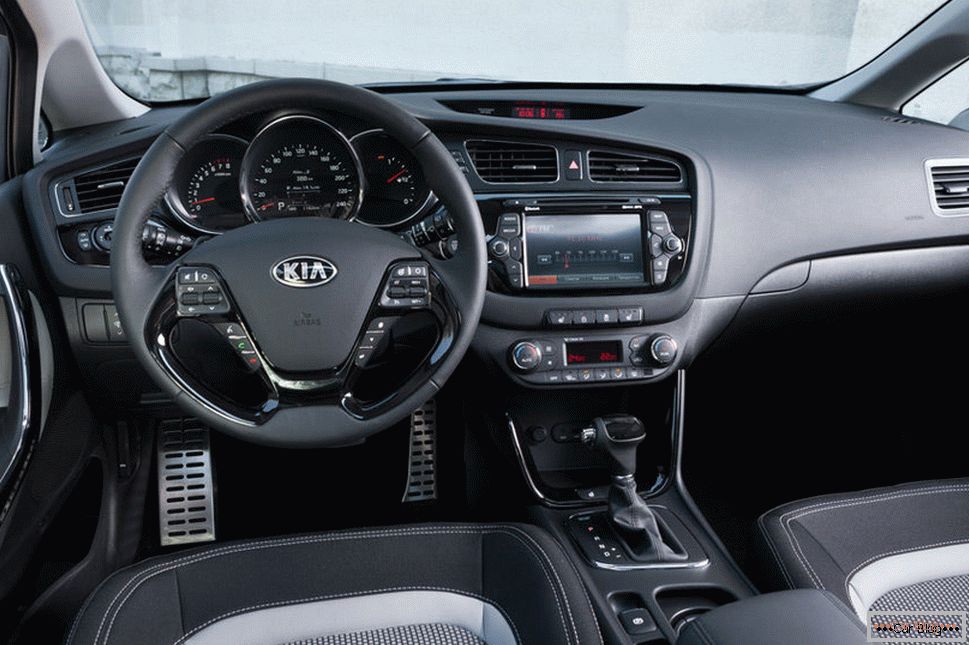 The owners of KIA Cee'd of the previous generation often complained that the seats in this car correspond to Asian rather than European parameters, however, in 2015 cars, both the height of the back and the length of the cushion allow you to take a comfortable position. Therefore, in comparison Focus or Sid first wins only the beauty of the upholstery. The KIA Cee'd is also much more comfortable in the back, as there is enough space for passengers over their heads and space to the front seats. However, quite small dimensions of the car make themselves felt - the three of them on the back seat are very difficult to accommodate, and you can’t call a comfortable long trip in this position.

The desire to stand out from the crowd, using an unusual body shape, has led not only to reduce the space in the back row of the Ford Focus, but also to reduce the amount of luggage. Capacity of 277 liters will be small for any shipments that differ from the delivery of packages from the supermarket to the house - in order to carry the baby carriage folded or to bring a picnic set, you will need to fold the back seat. Of course, Ford Focus buyers can order a narrow spare tire, while not receiving any material benefits, but the resulting increase in the volume of 20 liters will not save the situation. Loading large items in the Focus is complicated by the small width of the rear door, although the height of the trunk from ground level is not very large. 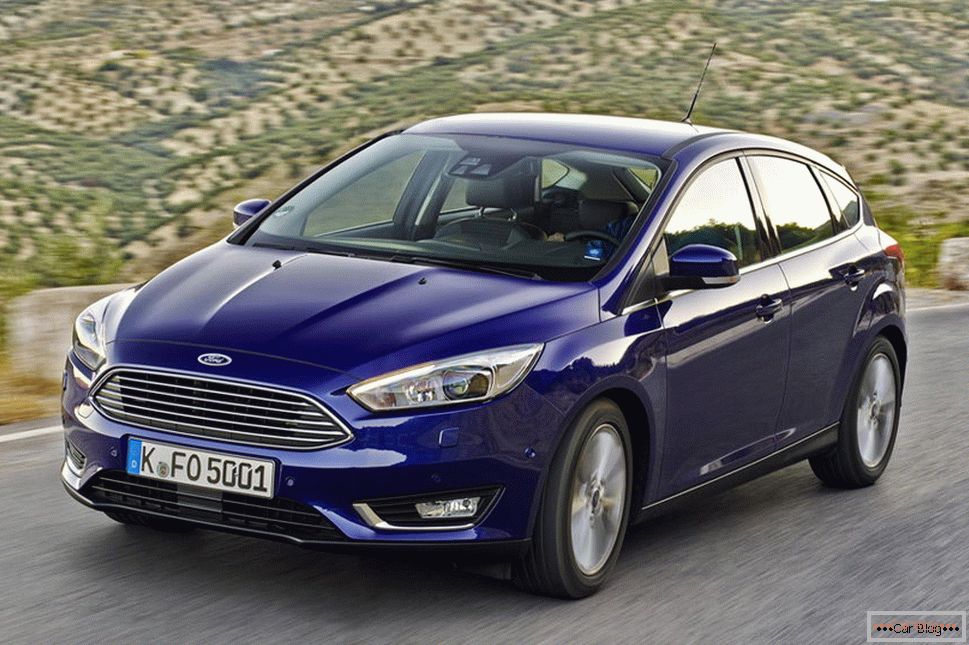 It is hard to believe that KIA Cee'd is a bit shorter than its rival, because the volume of the cargo hold in it is 380 liters. This is already enough for everyday needs, and for the transportation of a TV from a household equipment store, and for a picnic on the five of us. The only disadvantage of KIA Cee'd is that it is impossible to order a full-fledged spare wheel for it - the owner of the car will have to be content with a reduced “dokatka”. For convenience of loading at KIA with Ford Focus parity - the Korean car has a greater rear door width, but has an increased distance from the ground to the bottom of the trunk. 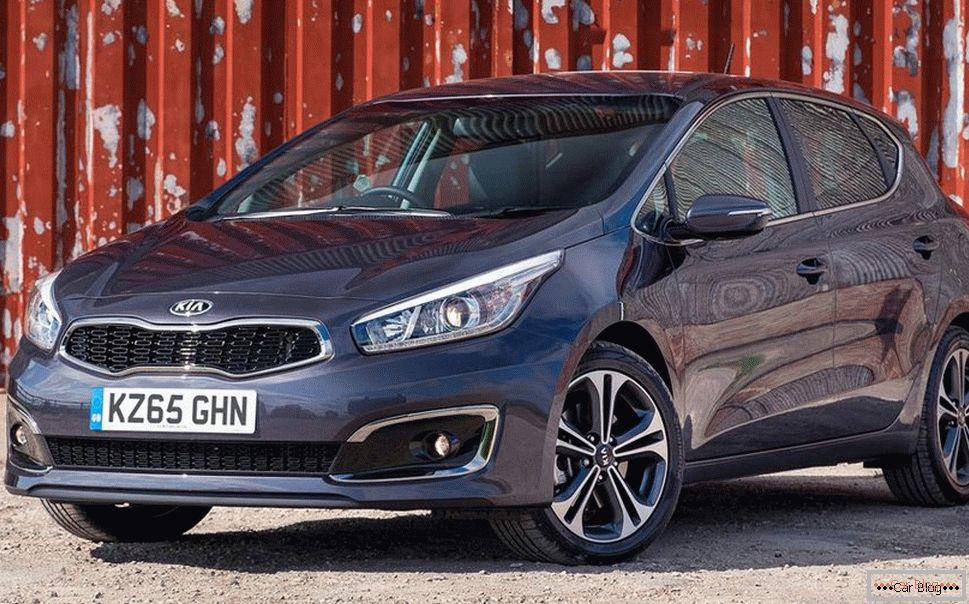 Immediately it should be said that the comparison did not include cars with turbo engines, which are in the model range of both manufacturers - such power units are not very well combined with the values ​​of family cars. Ford Focus with a 125-horsepower engine is pleased with fairly quick responses to pressing the gas pedal, as well as a confident low and medium speed. With this engine, Ford is well suited for slow traffic in traffic jams of modern large cities. However, when you reach high speeds, Ford Focus loses its confidence and the driver has to switch to regain ease of operation. In addition, the Focus power unit is saddened by excessive noise, which in some ways is even surprising for a modern car.

The five-speed "mechanics" is a kind of standard for budget cars, but what does it do in the relatively expensive Ford Focus? Although such a transmission with sufficiently “long” gear ratios is the best match for a Ford motor with good traction at low revs. Thanks to such a good combination, the Focus consumes no more than 8 liters / 100 km even in the intense driving mode characteristic of urban traffic jams.

But the power unit KIA Cee'd has a power greater than 10 horsepower, although the dynamic parameters of the car are almost indistinguishable from the characteristics of a competitor due to the increased weight. In addition, opinions about the KIA engine are very ambiguous. With a quiet ride with an average engine speed Cee’d lags far behind Ford, which does not cause the driver pleasant emotions. To keep the car in good shape, it is necessary to constantly unwind the engine to high revs, resulting in increased fuel consumption. In addition, constantly driving in this mode is uncomfortable, despite the high-quality sound insulation in KIA.

To say unequivocally that it is better - the defiant nature of the engine in the KIA Cee'd or a quiet Ford Focus, it is impossible, because everyone likes his own. However, driving a six-speed manual transmission KIA is not as convenient as the gearbox of its competitor. Even with relatively uniform movement, the driver often has to switch to maintain high revolutions of the Cee’d power unit. Minus can be called and fuel consumption, which in many cases reaches 9 liters / 100 km.

On the go Ford Focus manifests itself quite well - it is felt that the suspension does not allow bumps on uneven, but does not allow the car to roll in sharp turns. However, compared to the previous generation of drivers, its behavior has become close to comfortable settings. On the long waves of asphalt, formed from the heat, the car begins to sway, causing quite unpleasant feelings for passengers. In the behavior of Ford Focus on the road, you can notice several other disadvantages:

But for a family car, which marketers call Ford Focus, this behavior is perfectly acceptable, and it does not cause any trouble.

But Ford Focus is the perfect car for everyday driving! A small effort on the steering wheel will be a minus on the track, but will help to park near the office center or a large supermarket. Comfortable suspension settings will help overcome such irregularities as tram tracks and small curbs. It is worth noting that Ford has listened to consumer complaints and has included an increase in clearance from 142 to 160 millimeters in the Focus preparation package for Russian conditions.

If, when comparing the previous generation Kia Sid and Ford Focus 2, preferences tended in favor of Ford, in this case the choice is not so simple. KIA engineers claim that the new Volkswagen and Audi models were chosen as the model cars they were equal to when setting up the Cee’d undercarriage. This is felt from the very first kilometers - the suspension pleases with the ability to withstand even hard blows, not transmitting vibrations to the body, and also allows you to confidently make sharp turns even at high speed. The only thing KIA Cee'd lacks is the low-end Audi models - this is in the bottom insulation, as well as in the ability to drive through minor irregularities without a shiver on the body.

In the city, the advantages of KIA Cee'd do not lose their relevance - the car easily passes large irregularities and even climbs to the curb due to a clearance of 150 mm. In addition, the car is pleased with quite small efforts on the steering wheel, which increase slightly when turning at a small angle. It is worth noting the fact that such annoying suspension breakdowns, as in the Ford Focus, at KIA Cee'd almost never happens.

Despite its status as a driver's hatchback, with the change of generations, the Ford Focus lost some of the sophisticated suspension settings that made it so beloved among people who prefer the driving style. Of course, the car has become somewhat more comfortable, but its capacity has not increased - Ford is still saddened by the small space in the back row of seats and in the trunk. But KIA Cee'd leaves mixed impressions. On the one hand, it is much better suited for family trips due to its large capacity and comfort. On the other hand, KIA Cee'd with its engine, transmission and chassis settings provokes the driver to dynamic driving - it occupies an intermediate position between the “hot hatchbacks” and family cars, although according to general estimates, the Focus is better from all sides. 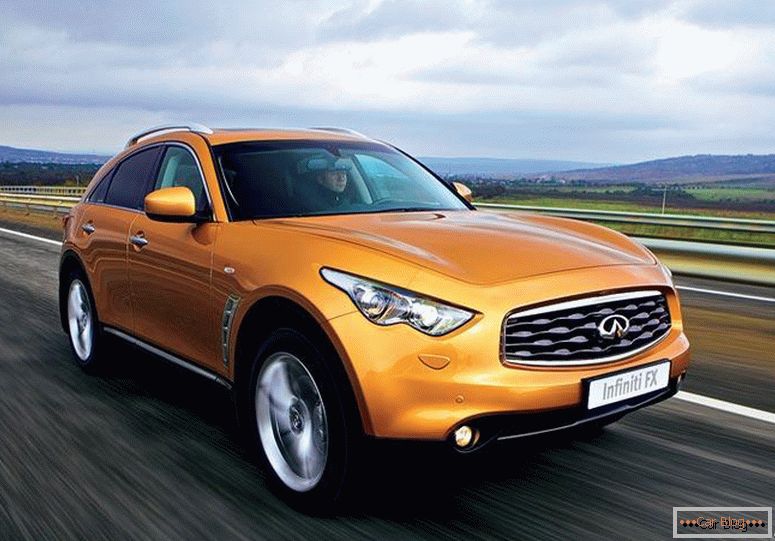 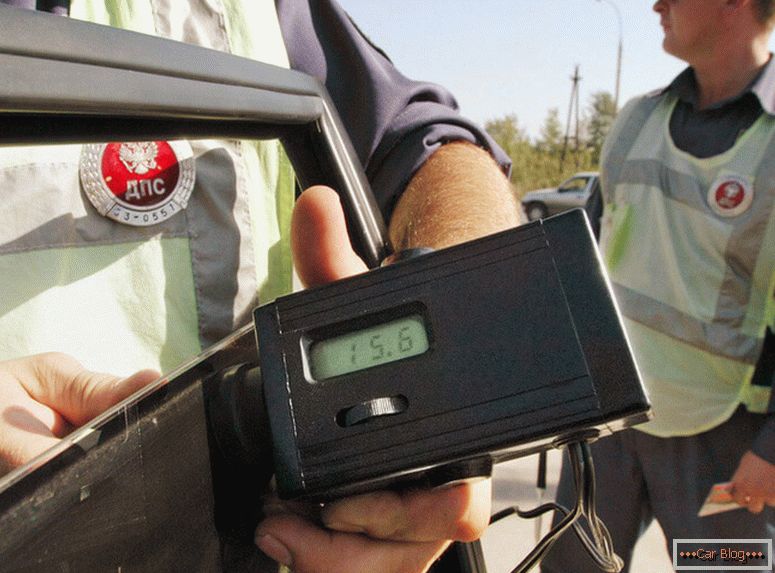