By right, in the nomination of the most frequent announcements about sales of Chevrolet Lacetti would take first place. On the market a lot of offers regarding this sedan. What is the reason for such attractiveness? Why used Chevrolet Lacetti Russians liked so much? Let's find out. 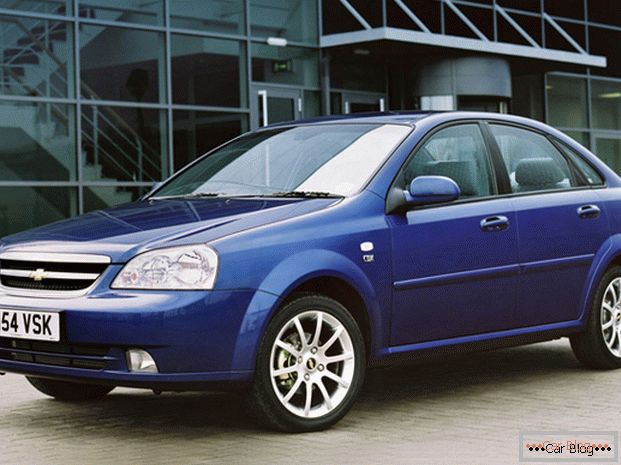 Let's start with a short course in history. Chevrolet Lacetti appeared in 2003 in South Korea and was then better known as Daewoo Nubira. In the Old World it was sold under the name of the Lacetti, and in Russia - Daewoo. At first, the demand for this car was not particularly different. He bought a shaky or roll. But after the change of the “last name”, when many buyers learned that this Chevrolet company produces such a car, the demand began to grow rapidly.

In our country, a full-fledged Chevrolet Lacetti assembly began in Kaliningrad at the Avtotor plant. Two years later not only sedans were produced, but also hatchbacks of this model. As for the station wagon, they were still brought from abroad.

Sedan, as it should be expected, is more popular in Russia. The wagon is not at all in fashion and this is proved by statistics, which shows 10 percent of the total number of sales of used Chevrolet Lacetti. There is no noticeable difference between the versions. Each of them boasts a great spaciousness of the cabin, well-thought-out ergonomics, concise design and much more. Deserves praise and excellent build quality, which did not spare the sturdy finishing materials. 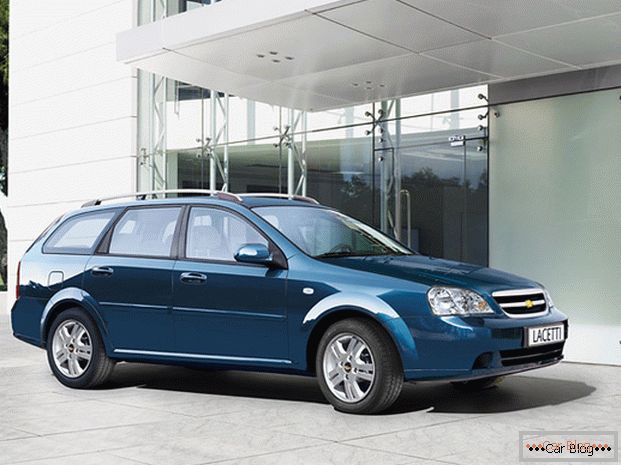 In Europe, however, they offered mostly diesel versions of 2.0 liters with a capacity of 121 liters. with. Today, such options in the secondary market is not so easy to find.

Of course, it is not true that the alleged assembly is important. In any case, the controversy over this issue has not faded to this day. Some argue that the domestic assembly - a complete "horror", and others - that it does not matter. We will not dwell on this, but now let's move on to the equipment of this car, in favor of which the equipment, which really does not depend on the place of assembly, says. All versions of this machine are perfectly equipped. You get guaranteed Lacetti with front windows, ABS, heated mirrors and a lot of other equally useful options. At the used market, it is easy to find used Lacetti air conditioners with us, as well as full electrics. If you search a little longer, you will be lucky, and you will become the owner of a version endowed with climate control and special regulators called light and rain sensors.

Those who find it difficult to choose the body, I would like to point out some useful points. First of all, take a hatchback. He is certainly different from his fellows. It looks impeccable, the reason for which can be found in its inception. The fact is that the model of the future of the body was painted in one eminent studio of Italy.

As for the sedan, it is no match for the hatchback, and in expression it is much inferior. But this type of body is quite respectable, because people from an equally famous company were responsible for its design. In short, the salons of the Lacetti are different depending on the type of body. At this you need to pay attention when choosing. The interior of the sedan is more archaic, but the hatchbacks and wagons are more modern style. 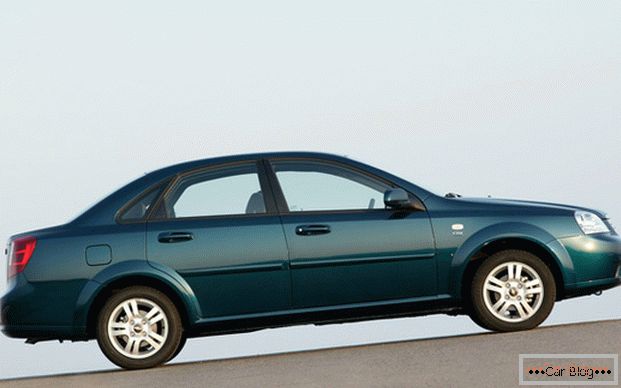 I would also like to note that the salons of any version of the Lacetti are super-quality. However, they often squeak in some places while driving, even on relatively new models. In this case, there is no need to be afraid, since everything is fixed for the glory and the construction will not be exactly razbaltyvaniya. After a year of operation may appear scuffs on the leather gear knob and the steering wheel cover

The typical flaws, roughly speaking, lapses of a car are flaws that have shifted from the oldest releases. These are real chronic "diseases" with which the producers either could not cope or did not pay enough attention to them. Note, for example, the exhaust valves of motors 1.4 and 1.6 liters. They are often wedged and this infectious habit engines adopted from successors. All would be nothing, but it leads to the mandatory repair and replacement of the cylinder head, which will cost about 25 thousand rubles. 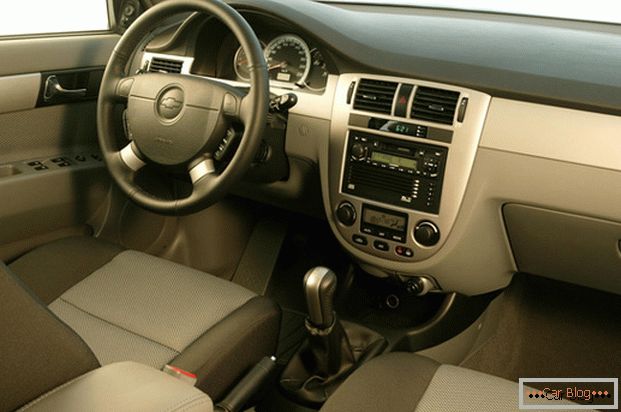 The engine may stop working altogether. If it loses power or ceases to start normally, it is impossible to postpone the repair in the long box. Need to urgently go to the service. Recall that because of this characteristic "disease" of the car, its old versions were even officially withdrawn by the company.

Since 2007, the engines of the newest design have already been mounted on the Chevrolet Lacetti engines. The problem has disappeared. Buyers note: you will choose a used Lacetti over 7 years old, be sure to ask if the cylinder head has been moved? If not, you can safely throw off the cost of 30 thousand rubles.

Lacetti, first of all, "Korean". Maybe because of this, it starts to flow with time, like all Korean-made auto models, the cooling system radiators. Their replacement will cost about 7.5 thousand rubles.

Not to taste Lacetti and our Russian fuel sold at gas stations. The oxygen sensors, which cost from 3.2 thousand rubles, as well as the ignition modules, soon come out because of such fuel. Not particularly reliable and fuel level regulator, complete with a pump. To replace it, you have to say goodbye to 6 thousand rubles.

Over time, the injection nozzles become clogged, because their nozzles do not have a special filter. You have to periodically clean them, which in the service will cost at least 1.5 thousand rubles for a service. Periodically - every 30 thousand kilometers. Simultaneously with this procedure, the intake manifold and the throttle valve can be cleaned.

Engines Lacetti, interacting with manual transmission, often called snotty. They have frequent oil leakage. The lubricant flows out of the cylinder head gasket or at the joints of the oil pan. Often the oil flows from the Lacetti and from the places of the filler neck on the engine. There is such a mess because of the fact that passport information does not correspond to reality. The fact is that it is prescribed to change the oil in these units once every 15 thousand km, but in reality this should be done more often. The same applies to the timing belt, which must be changed every 60 thousand km to avoid problems.

Trouble-free like automatic transmission, although they only make up to 150 thousand kilometers. After that, the mandatory repair cost 50 thousand rubles. If you get the Lacetti with an engine of 1.6, then an automatic gearbox will be installed in 4 steps from Aisin. If 1.8 liters, then from ZF. There is practically no difference between them, and they are not inferior in anything to manual transmission, but they require an oil change every 60 thousand km.

The second-hand Lacetti steering is also not a gift. Already after 10 thousand km of run, there is a knock on the rail, which in addition begins to flow.

Finally, the Lacetti body, which is a fairly durable coating, but for some reason unsuccessfully covered with paint. She begins to go and peel off in some places over time.

Used Chevrolet Lacetti - a good option for purchase. It is worth the car cheap. It has a stylish and attractive appearance, spacious interior and it has a good reliability.

What to say? Will have to choose based on their own preferences. If you are impressed by the more affordable car purchase, then Chevrolet Lacetti is an ideal option. If you are looking for a car, even a second-hand, but reliable and durable, look at the German models. 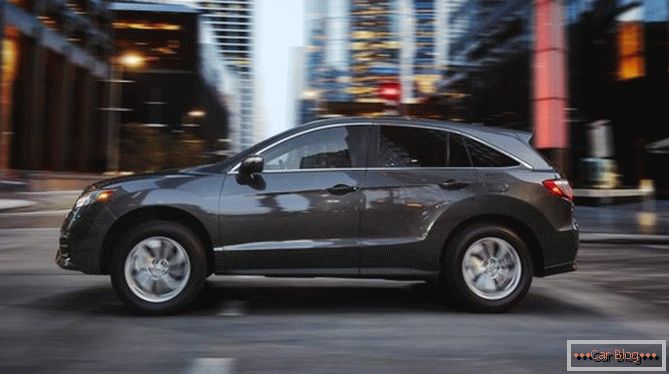 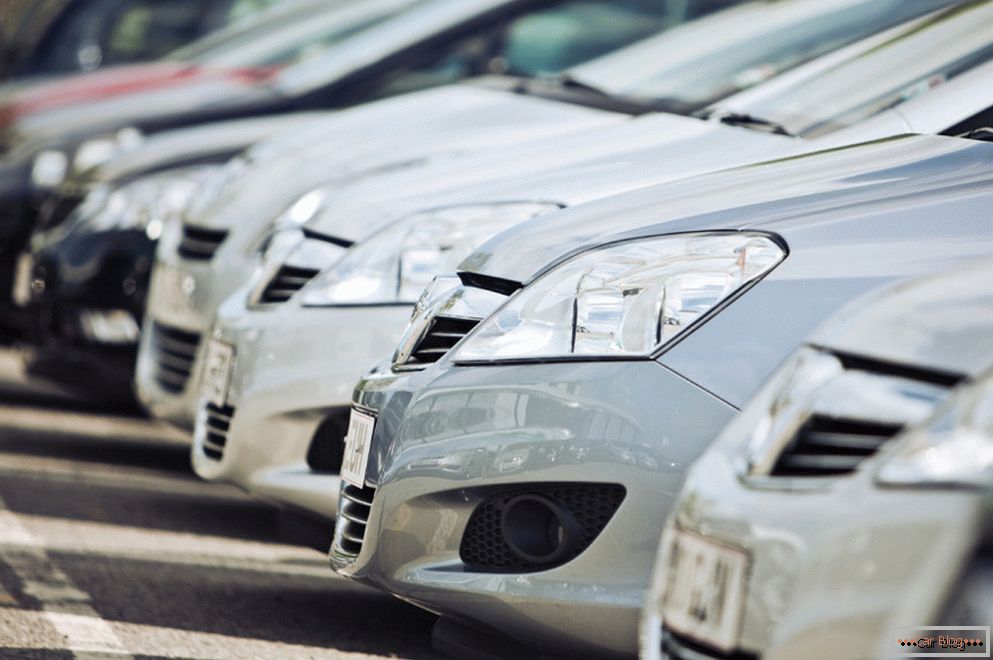 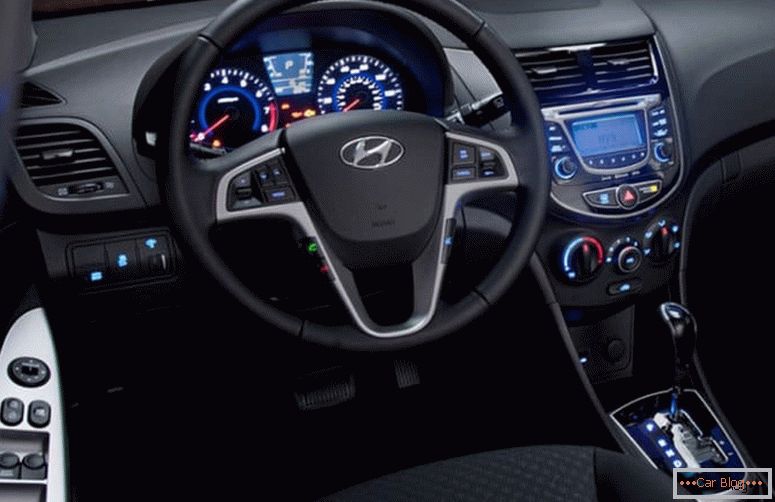 Jeep is preparing a replacement for compass and liberty