The automotive industry of the Rising Sun was born in the prewar 30-40s. The list of brands of Japanese cars of those times was not so wide. The entire model range was almost completely written off from the British and American popular auto brands at that time.

After the defeat in the Second World War, there was a freezing of industry, including its automotive sector. Only in the 50s of the last century, thanks to the military conflict on the Korean Peninsula, Japanese cars became in demand. They were bought by the Americans for militaristic purposes, which was an incentive for the development of the industry. Japanese brands of cars have since become leaders not only in their own region, but also occupied an honorable place among those with more established traditions of world trade automotive brands.

The next breakthrough in production was in the 70s. It happened because of the global oil crisis. Not everyone could afford expensive gasoline, so small Asian subcompacts came in handy.

The Honda concern was founded in 1948 by the car racer Soichiro Honda known at that time. The first products manufactured in the walls of the company were subcompact mopeds and motorcycles. Already literally 10 years after its foundation, production in Western Germany and Taiwan is being established.

One of the first major successes, indicating global recognition, is the Grand Prix according to the Formula One version. His in 1963 won the racing car company.

The ninth generation of chords confirms the popularity of the car on all continents. The elegant and strict interior is designed for a five-person layout. High-quality ergonomics supplemented by a large number of advanced settings. The car is usually equipped with a 2.4 liter gasoline engine with a power of 180 hp. It is possible to complete 5-step "mechanics" or 6-step "automatic". 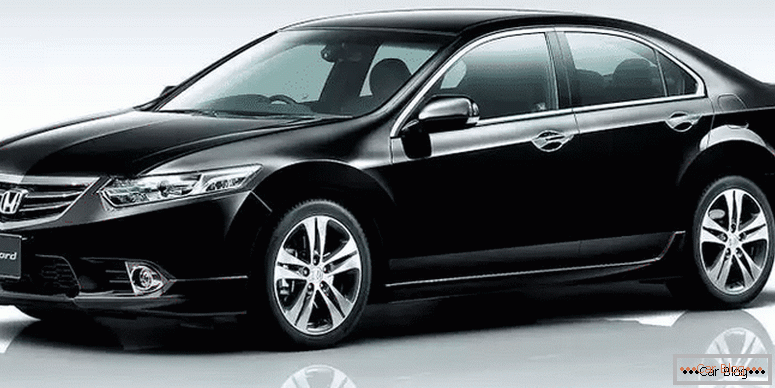 The front wheel drive platform is equipped with independent suspension. On all wheels are ventilated brakes. Considerable attention is paid to security, the basis of which are EBD, BAS, ABS, VSA systems and 8 airbags Dual-zone climate control and regular maltimedia with six speakers will take care of the comfort of the driver and passengers.

One of the best-selling cars with Honda emblems are the compact Civic cars. Since the distant 1972, when the first cars with this logo became available to customers, the concern gave birth to the tenth generation. Now the cars are offered in various options for the layout of the body: 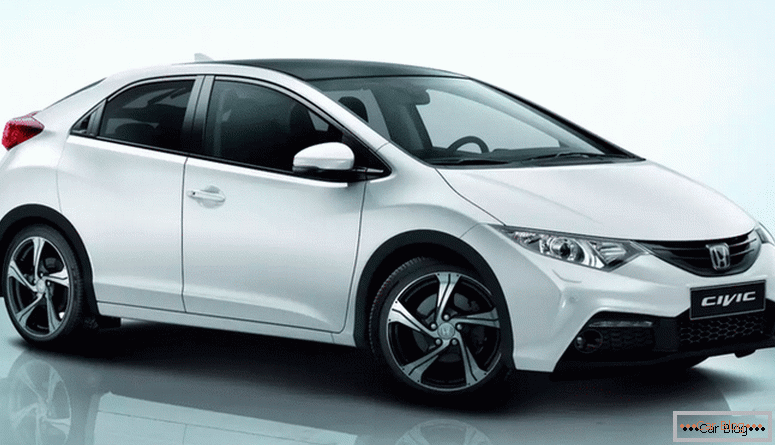 The new "dvuhdvernik", entering the world markets in the spring of 2016, in the basic version is equipped with a two-liter aspirated gasoline, developing up to 158 hp There are also a complete set of cars with one and a half liter engines, a series of Earth Dreams, equipped with direct fuel injection. Such models are aggregated by variators or six-speed manual transmissions. At the same time, depending on the operating conditions, the fuel consumption is in the range of 7.1–9 l per 100 km.

The crossovers, which are now popular in the world, the photos of which can be seen in any automobile magazine, appeared in the Honda model range in 1995. They were developed on the basis of the Civic and identified under the general logo CR-V. According to the Motor Trend magazine, on the basis of crash tests, the car earned the maximum safety score in 2015.

See also: Where to call if the car was evacuated 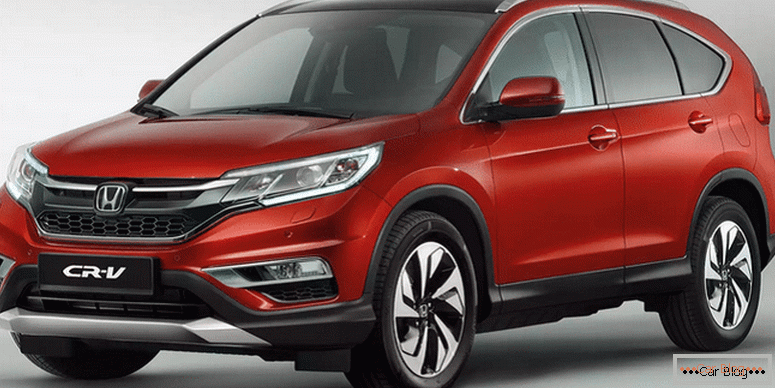 In addition to the attractive appearance and good ground clearance of 187 mm, the future owner of the car is offered a five-seater layout of the car with comfortable interior space. When folded the second row of seats turns out 1669 liters of luggage.

Motor with 2.4 liters produces 190 hp at 7000 rpm The transmission on the new cars is automatic with five steps. Mixed consumption is obtained about 8.4 liters. In the future, the transition to direct injection and a complete set of variators instead of automatic transmission.

Since 1957, expansion into the American continent began, where the Toyota Crown was the first officially exported Japanese car. In 1963, the manufacture of Tayot began on the Australian continent. Now the brand is the world's largest automaker with a huge branch network.

The model appeared as a golf class car in the 80s of the last century. Now the car by increasing the comfort and other characteristics "has grown" to a business-class sedan. The fifth generation of cars is assembled in ten countries of the world. 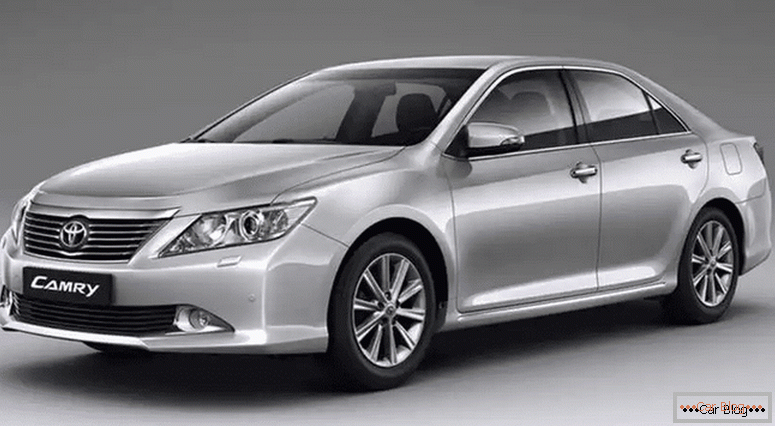 In the TOP-picking set put a V-shaped six-cylinder engine with a working volume of 3.5 liters. It is equipped with 24-valve distributed injection. This allows you to gain 249 hp. power at 6200 rpm The maximum speed is 210 km / h when recruiting hundreds of 7.1 seconds. Security is represented by systems such as EBD, BAS, ABS, ASR and ESP.

This Japanese car in the world since the release of the first generation has overcome the forty-million mark and has become one of the most popular on the planet. Even in the Guinness Book of Records he got back in 2000, as the best-selling car. 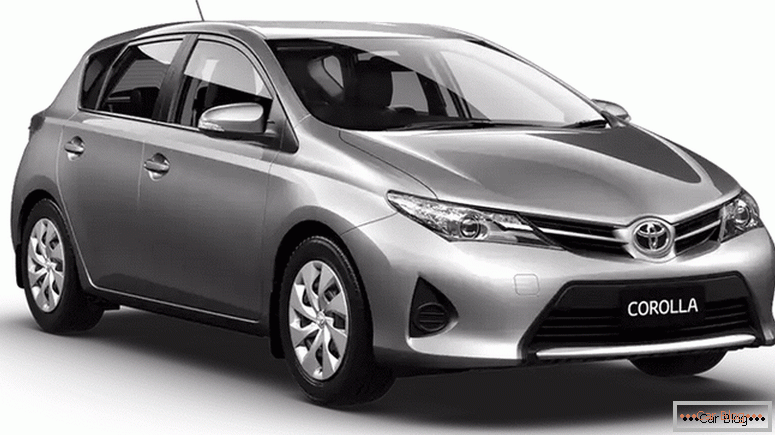 The eleventh generation in the basic configuration is equipped with a 1.3 liter engine with 99 hp. power. For installation with 1.6 liters of power characteristics brought to 122 hp In the top configuration, the mixed consumption is brought to 6.4 liters of gasoline per 100 km. As an option, it is proposed to put the variable transmission.

The legendary SUVs from Toyota have been produced for over 60 years. Badges with this logo appeared on the roads since 1955. The most popular model “200” weighs over 2.5 tons. In the interior trim leather and wood are used. 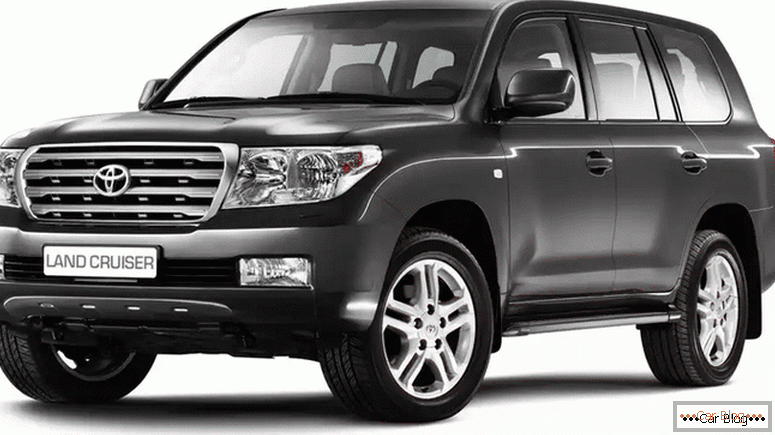 Under the hood, "Cruiser" is hidden 4.6 liter V-engine with 8 pistons. The aluminum block produces 309 “horses” at 3400 rpm, using almost 14 liters of gasoline in mixed mode.

The automotive division of the industrial giant, born in the late 19th century, was separated into a separate company in 1970. Prior to this, the attempts to create automobiles by the concern were not so much in demand, although the export of cars to Europe had been established since the 60s. In our country, off-road models of these cars are more popular with buyers.

The 10th generation of the still-current Lancers is already being produced in the world. Its dimensions easily fit into current models of the C-class, having a 165 mm clearance, which is sufficient for most Russian expensive clearance.

See also: Which category is gazelle 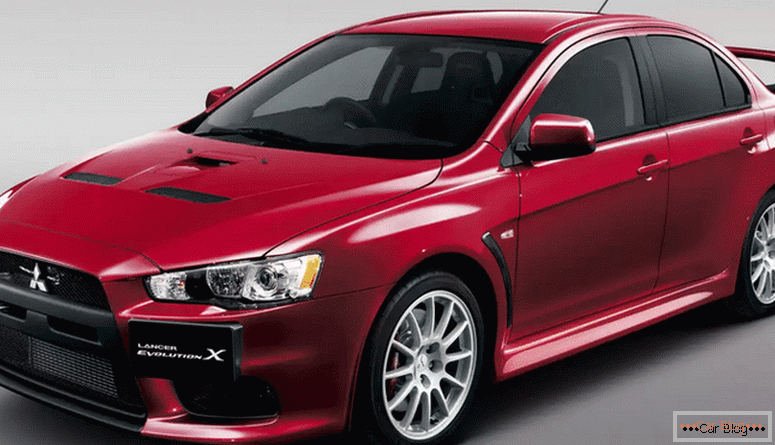 Motorists are available with 1.6 and 1.8 liters engines. Four-cylinder units are equipped with fuel injection and possess 117 and 140 hp. respectively. Transmission is put mechanical or automatic.

The mid-size crossover at home has been produced since 2001 under the name Airtrek. The third generation of these cars deserved the maximum 5 stars in the European crash test, which is one position higher than the previous modification. 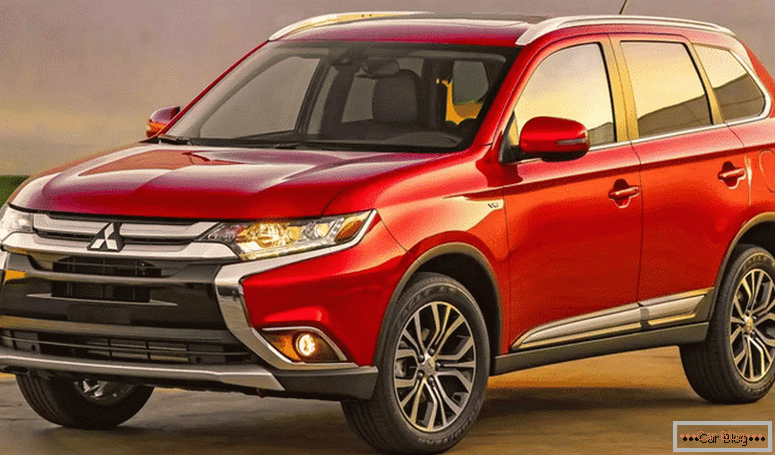 In the base on the machine put 2 liter engines, accommodating the power of 146 hp Gasoline engines consume up to 7.6 liters in mixed mode. The TOP three-liter version consumes 8.9 liters per 100 kilometers. Hybrid versions of the car are becoming popular.

Off-road Pajero is the company's flagship car. In 1982, they released more than 3 million copies. The fourth generation has the highest degree of security of 5 stars. 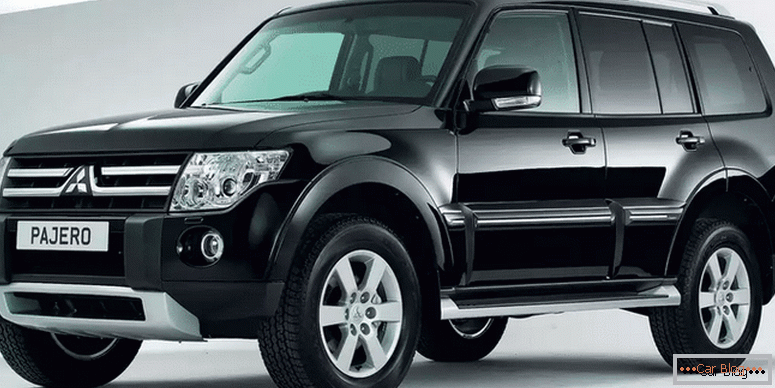 The car with 3.8 liters consumes 13.5 liters of gasoline in the combined cycle. For the 3.2 liter diesel, the fuel consumption will be 8.9 liters. Both layout options have a 5-speed “automatic” gearbox, adapting to the driving style of the car owner.

One of the world's largest automakers has its production sites in two dozen countries of the world. Autogagant was founded in 1925. The range of models has a wide range of Micra hatchback type minicars to powerful SUVs like the Patrol.

According to the Asian security version, the first generation crash test is rated at a maximum of 6 stars. The current second generation comes in a hatchback or sedan and belongs to the golf class cars. 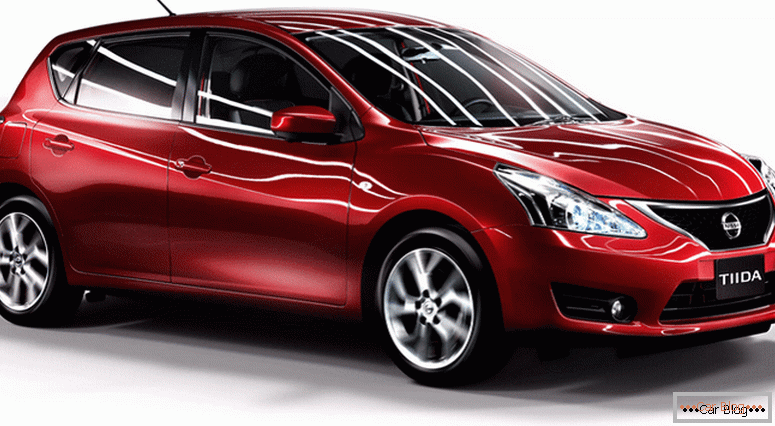 Under the hood is a four-piston in-line gasoline engine with a capacity of 117 hp. Transmission can be either a 5-speed manual transmission or a CVT. Mixed mode gives 6.4 liters of fuel consumption.

The leader among the compact urban “SUV” is Qashqai released in 2007. The second generation is equipped with a four-cylinder in-line aspirated with 2.0 liters of volume. Engine power is limited to 144 hp. 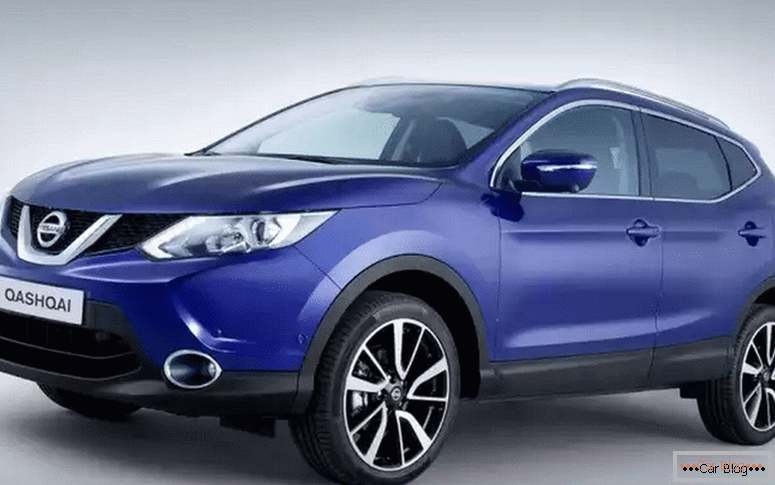 Frame SUV Patrol Y62 has a remarkable ground clearance of 272 mm, allowing to overcome any obstacles. 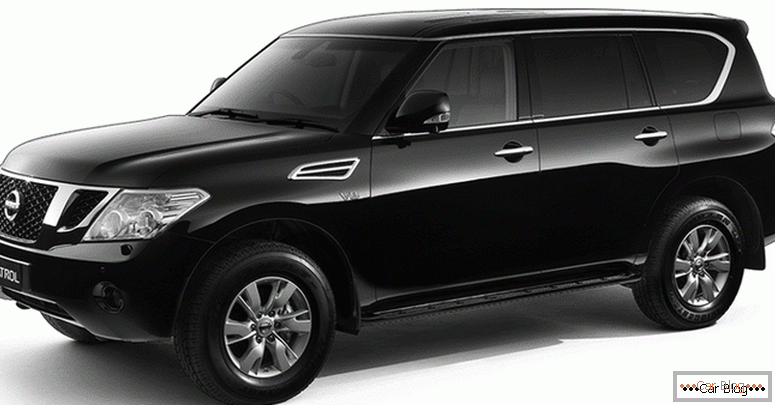 This contributes to the 5.6 liter V-engine with 8 cylinders.

The first all-wheel drive passenger car in the world was released under the brand of this company. Now in the world there are more than 20 million cars with this logo.

The fourth generation of such cars in Russia can be found in the configuration with 1.6 and 2.0 liter petrol engines, possessing 114 and 140 hp, respectively. 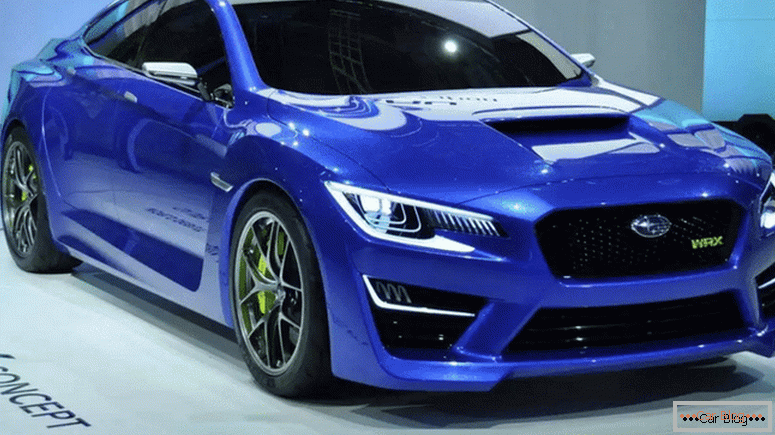 The transmission is installed manual transmission or CVT with the paddles. Suspension independent power steering either hydraulic or electric.

"Forester", as the name of the car translates, has an exclusively male character, so it comes only with all-wheel drive. The crossover of this model was presented at the Geneva Motor Show. 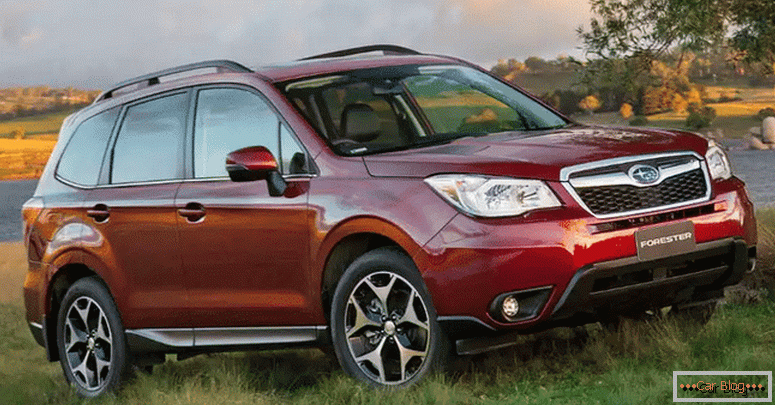 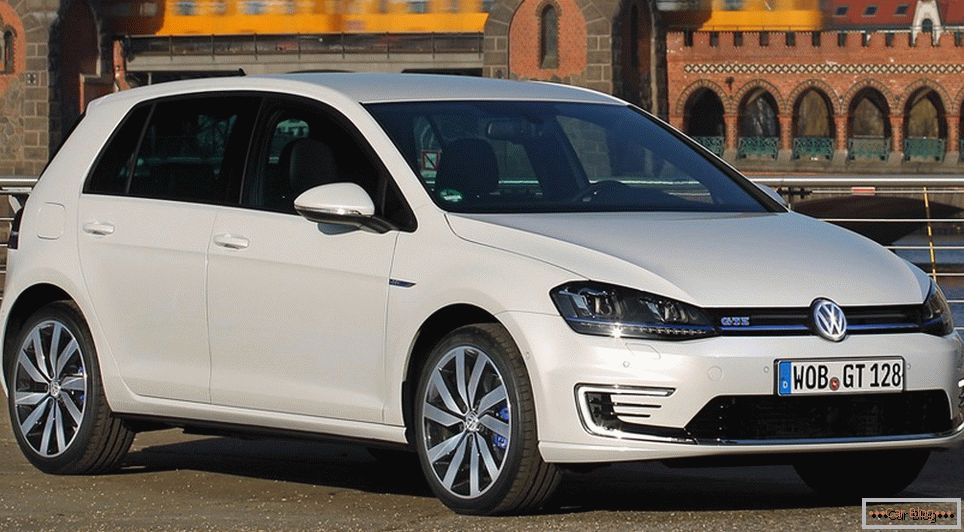 The germans will demonstrate the new electric cars 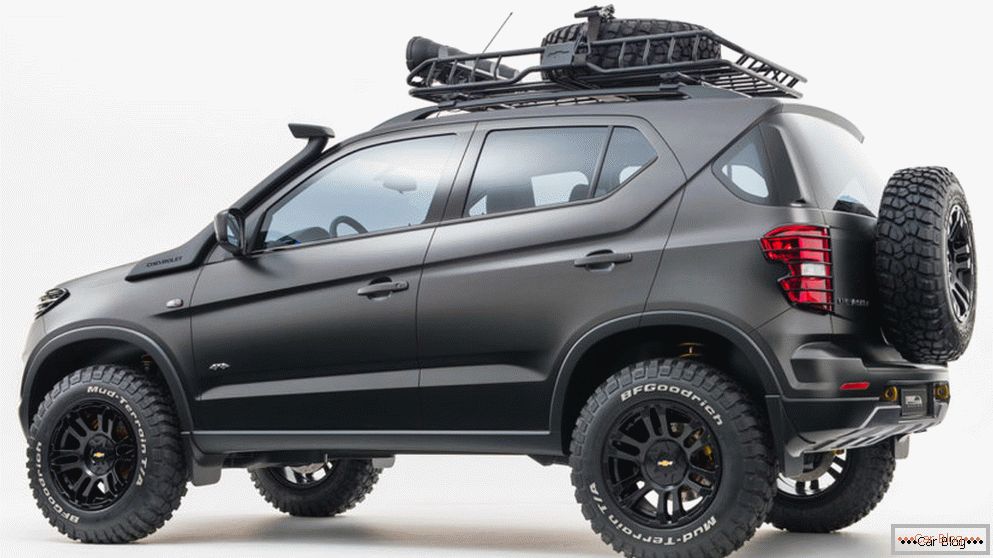 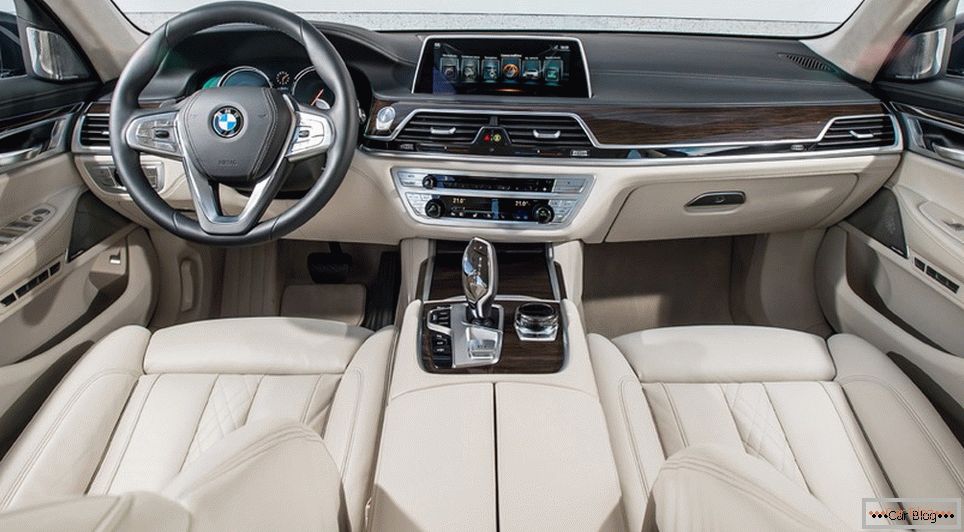 The third generation of the audi a6 with problematic engines

Fiat reduces the “range” for our car market by one model