Recommendations for choosing antifreeze for a car

For any car owner is not news the fact that the cooling system of the vehicle requires special attention. Today, emulsions, referred to as antifreeze, act as coolant for the power unit. With proper selection and timely replacement, they prevent the likelihood of boiling in difficult operating conditions, and also exclude the possibility of the system freezing at minus temperatures. The dilemma, which antifreeze to choose for your car, often puzzles potential buyers, since the variety of products of this category on the market at the present time is very large, and they differ not only by price, but also technical characteristics. We will consider in this article how to solve the problem of choosing antifreeze, by what criteria it is necessary to select products, we will help to determine the best cooling emulsion option for today. 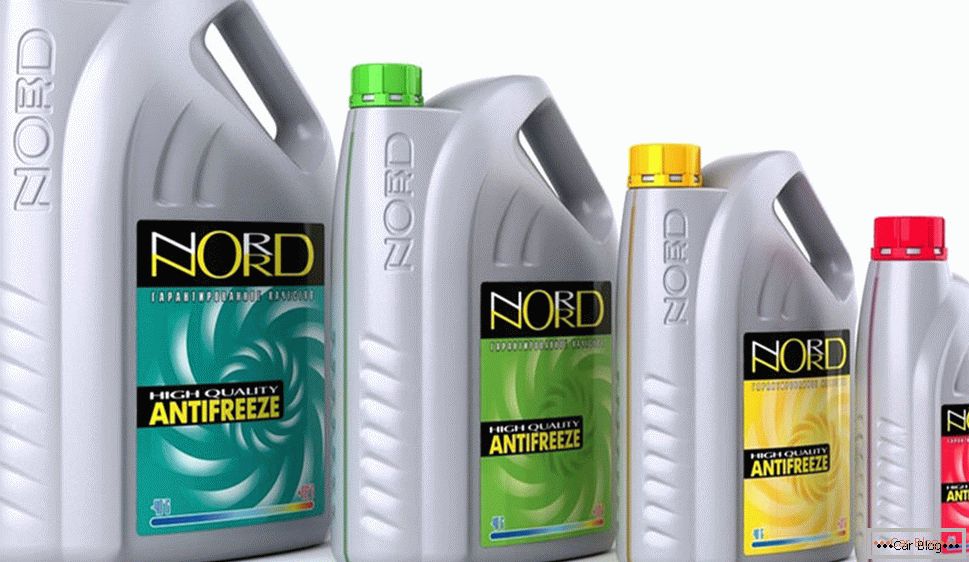 Tips on choosing antifreeze for a car.

What you need to know when choosing products?

Despite the skepticism of many car owners to the choice of antifreeze, an irresponsible approach to buying a product can lead to a consumer in significant problems in the form of the exit of important vehicle components from failure and costly repairs. The most rational and one hundred percent correct answer to the question of how to choose antifreeze for a car is given by the user's manual for the car, in which the requirements for the emulsion being filled in are clearly defined, with prescriptions on the classification of the goods and preferred manufacturers.

If you do not buy antifreeze from the manufacturer specified in the technical passport of the car, then preference should be given to analog emulsions that meet the requirements of the automaker for technical properties and composition. Currently available for sale antifreeze the following types:

In addition to the specification of the required antifreeze, experts advise to carefully study before buying the composition of the emulsion, on which its main physical features directly depend:

Having decided on the type of suitable fluid for a vehicle, it is also worth considering the fact that most emulsions, which are different in composition, can react during their mixing, which will adversely affect the performance of the system. Professionals strongly do not recommend mixing emulsions from different manufacturers and brands, even if they are very “similar” in composition, in case of a need for a cardinal change of the refrigerant, flush the system before pouring in a new liquid. Regarding the timing of the replacement of antifreeze should be guided by the instructions, which spells out the periods of operation of the product.

Another important and at the same time controversial point in choosing a refrigerant is its color gamut. Some car owners believe that the color of products indicates its chemical composition and class membership, however, there are also adherents of the theory of the lack of relationship between the color of antifreeze and its properties, and color is not an important parameter in its selection. Let's try to figure out which of the theories is true, how to choose antifreeze "by color", and whether it is worth focusing on this parameter.

What color is it?

Consider what color antifreeze is, and whether colors are an important indicator of the choice of coolant.

Despite the well-established opinion of many car owners that color is a criterion for the quality of coolant, professionals and experts scientifically bring in the opposite position complicating the problems of which refrigerant to choose for the system of your vehicle. According to scientific data, refrigerants are initially completely colorless liquids, which are painted in bright and non-standard colors to distinguish their products from products from other manufacturers. The reason for the coloring of antifreeze also lies in its "poisonousness": due to the saturated color, the manufacturer allows to distinguish the emulsion from water. In addition, when filling the system with a colored liquid, it is easier to see the leakage of the emulsion and fix the system problems in time.

Adherents of the opposite theory also have a justified right to assert that the color of antifreeze is an indicator of the quality of a product, however, if only the refrigerant is manufactured according to generally accepted norms of an unspoken nature. Most of the products for the cooling system sold in the post-Soviet space are made according to Volkswagen regulations, where the color of antifreeze indicates its class membership.

The most popular in the domestic market are antifreezes of red and green colors. Let's try to figure out which antifreeze is better - red or green, how many shades refrigerants exist, and whether it is worthwhile to focus when buying on the color parameter of the product.

Liquids of green color, presented in a decent assortment in the domestic market, often belong to the goods of the traditional class G11, or are emulsions of the category G12 of the hybrid type. Green antifreeze, provided it meets these categories, is characterized by a period of operation of two to three years, as well as decent heat-conducting properties, due to the presence of additives of organic and inorganic form. Mostly they are chosen by owners of budget vehicles, due to the conditionally democratic pricing policy of goods. To find out which refrigerant is better to choose for your car, let's take a look at the features of another common and popular antifreeze provided on the market in red. 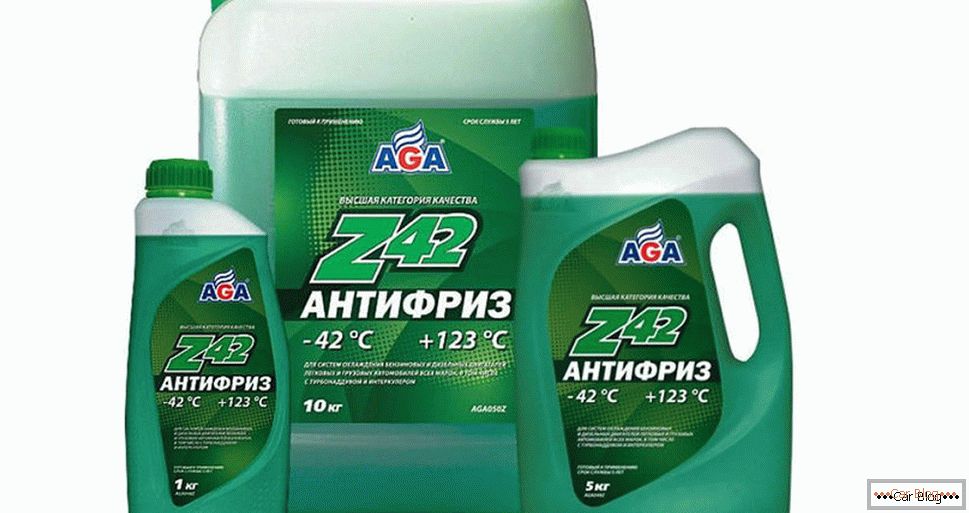 The most popular among buyers is red antifreeze. Often, these refrigerants are G12 and G12 Plus class goods, a carboxylate category based on purely organic additives. If we proceed from the interpretation of color, then both green and red refrigerants can be assigned to the same class with similar chemical properties. Let's try to answer the question, what is the difference between green and red antifreeze, to highlight their main differences.

The main difference between these two liquids is their color. If we talk about the composition of emulsions, then manufacturers and professionals argue that the differences lie not only in color, but also in their chemical composition, namely, in the set of additives. In the manufacture of refrigerants manufacturers use additives that cause the temperature threshold of freezing and boiling liquid. Most of the additives, in addition to a positive effect, have a so-called negative point, which is expressed in interaction with certain types of metals. Green fluids are characterized by loyalty to aluminum and its alloys, while red does not react with copper and brass elements.

Accordingly, the efficiency of the cooling system and the criterion to protect it from damage and premature failure directly depends on which antifreeze in composition you choose. This proves once again that choosing a coolant for a car's cooling system is important only in accordance with the recommendations of the automaker in terms of emulsion class and its technological parameters.

In addition to the common red and green refrigerants, there are coolers of different colors on the market. For example, a blue hue of a coolant is most often associated with Tosol by consumers, and a blue color may have traditional G11 category liquids with silicate type additives. World-class manufacturers often paint lobride or hybrid types of yellow or orange. The purple color of the emulsion and its close shades indicate that the product belongs to class G13, which indicates a prolonged period of service of the emulsion, its relative ecological purity, safety for the environment and living organisms.

When selecting a refrigerant for your car, the car owner should understand that the color palette of coolants is very rich, and only the world-class manufacturers often adhere to the main unwritten standards for coloring products. Little-known or small companies can use dyes of any color to produce refrigerants, therefore, when selecting products, it is most rational to focus not on their color, but on the composition, main technical characteristics and class affiliation. 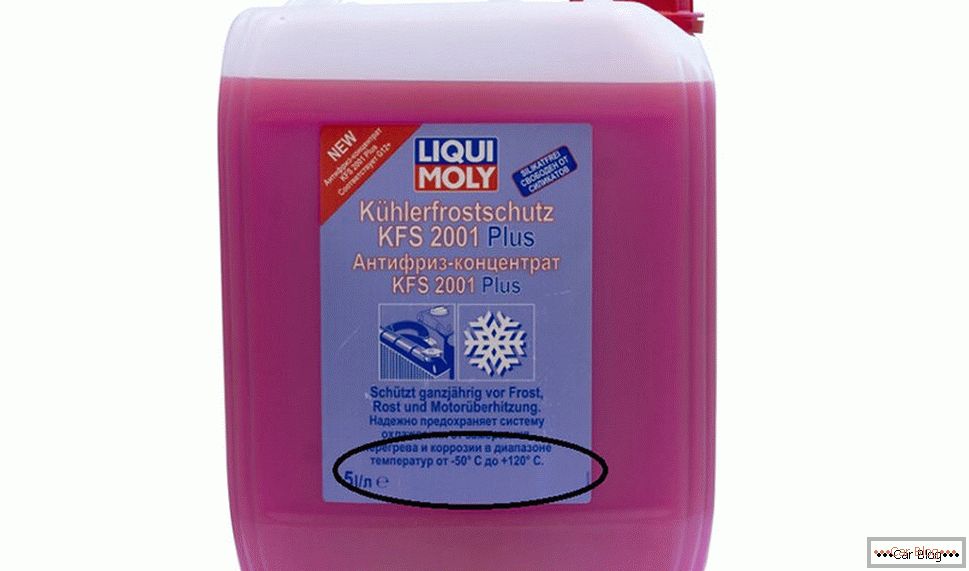 Previously, only ready-made goods were provided for the vehicle's cooling system: they were poured into the system without additional dilution or preparation. Today, the range of antifreezes has also been expanded with products that are offered to the car owner in the form of a concentrate. In concentrated antifreeze in recent years, there are more and more fans. The reason for this are the following benefits of concentrated products:

Most consumers, despite some advantages of concentrates, prefer finished products that do not require additional work before the replacement procedure, eliminates the possibility of an error in the calculations in the preparation of antifreeze. The answer to the question, which antifreeze is better to choose - in finished form or in the form of concentrate, for each is purely individual, depends on personal preferences. In the first case, when making a choice in favor of the concentrate, the consumer will be able to prepare an emulsion that meets their requirements;

Which refrigerant is better?

To decide on the question of what kind of coolant should be poured into the system, it is far from being recommended by the sellers in the store, friends or color. The only absolutely correct guideline is the technical passport of the car: it clearly indicates the parameters of the suitable best refrigerant for a particular vehicle. At the same time, the user's manual indicates not only the class membership of the refrigerant, but also the preferred brand that meets the requirements of the automaker.

According to feedback from users and professionals, coolants from Liqui Moly and Castrol companies, as well as products of a more affordable price category under the SINTEC LUX, FELIX or Motul brands, have proven to be the best in the process. Before purchasing a refrigerant, carefully study its technical characteristics and composition, compare the data with the requirements of the automaker and only on the basis of this information make a purchase. 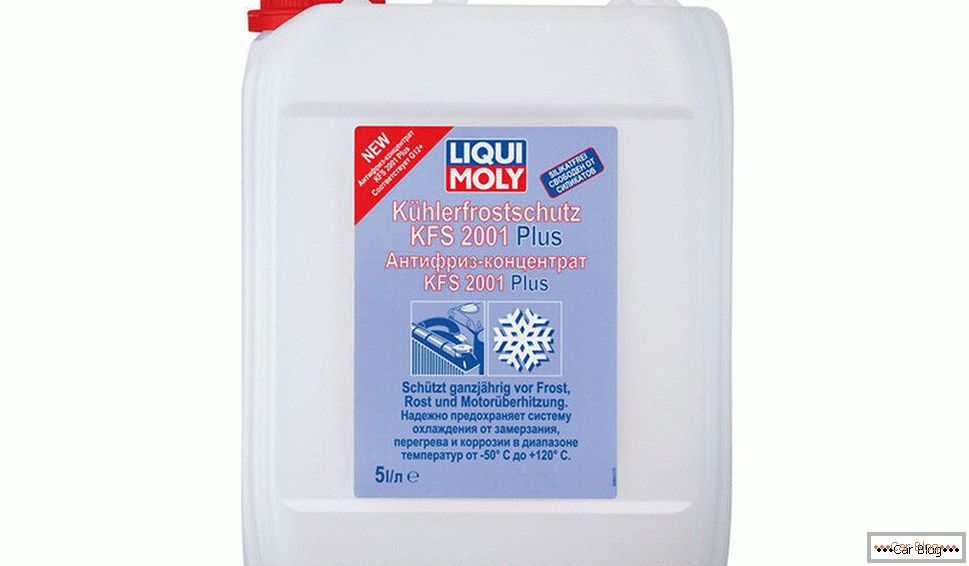 The coolant is a liquid, without which the performance of the car and its functionality can be questioned. Purchase of high-quality and effective antifreeze guarantees prevention of boiling of the engine in extreme conditions, as well as the prevention of system freezing in severe frost. The automotive chemistry market is represented by many world-class manufacturers and small suppliers, however, professionals recommend not to save on antifreeze, to buy goods only in accordance with the requirements of the automaker. A careful approach to the choice of refrigerant and the purchase of a suitable product is the key to uninterrupted operation of the cooling system, and therefore the motor, as the main functional unit of the machine. 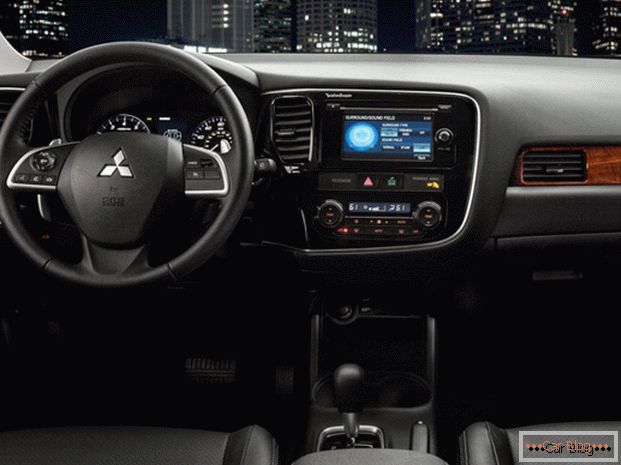 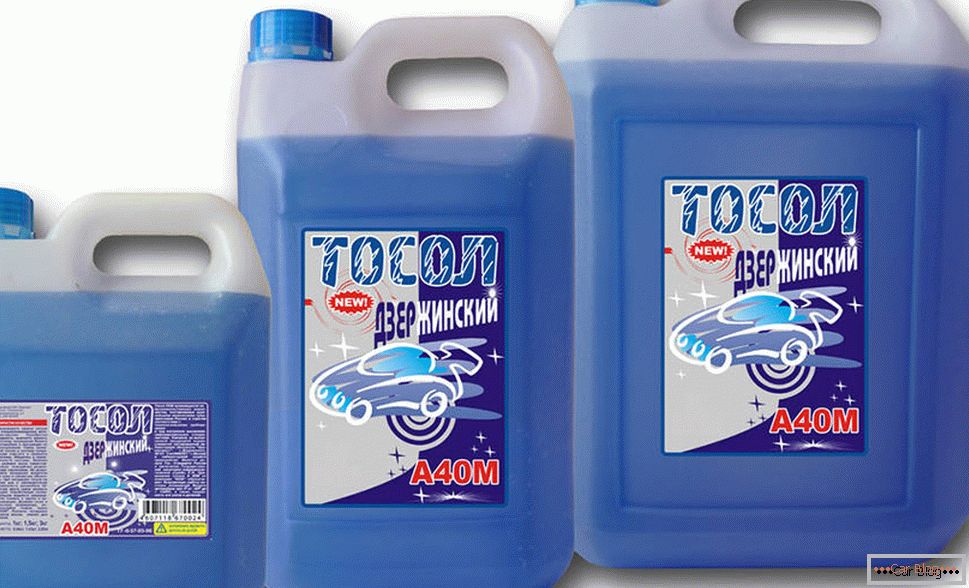 Mercedes amg e 63 s on the track behaves with dignity