Which car is the fastest in the world

Modern automotive industry seeks to make cars not only as comfortable as possible, but also fast. For this purpose, more and more advanced production technologies and the latest materials are used. There are even cars, fully printed on three-dimensional printers.

It also matters in what conditions was tested, and who was driving. The combination of these indicators significantly affects the final result.

To identify the fastest car in the world began to end the XIX century. The first officially documented achievement in this area was the record of Count Gaston de Chaslu-Loba in 1898. To establish the achievement, an electric car was needed, having accelerated to an incredible speed of 63 km / h for those times.

However, literally a year later, the achievement was the overcoming of the hundred-kilometer speed, more precisely 105 km / h, by the Belgian Camille Zhenattsi also on the electric vehicle. In 1911, the bar was raised to Benz car up to 228 km / h. Sixteen years later, Snegirev broke this record, going beyond the "three hundred."

John Aiston is the first driver to race at Rolls Royce Aiston at a speed of 502 km / h. The event occurred in 1937. To double this achievement came only in 1970 on a unique car, created specifically for the record. The car even had its own name - «Blue Flame»which means "blue flame". A pilot from the USA, Harry Gabelich, managed to squeeze 1014 km / h out of this car. At the same time, the length of the car was a little over 11 meters, and the weight was 2.25 tons. 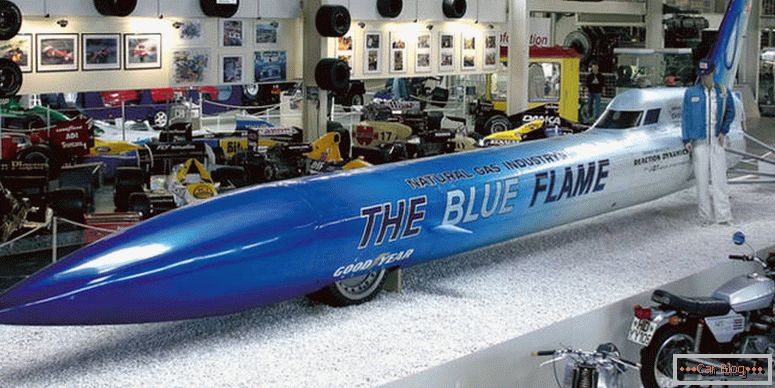 Unconfirmed records include achievement on «Budweiser Rocket» in 1979. The pilot of the car overcame the speed of sound, however, due to measurement errors, the achievement was not counted. The expected record, which should be a new step in speed, is a speed of 1000 mph, which corresponds to 1609 km / h.

It is considered that to bring the production cars to maximum speeds is a confirmation of the prestige of the car company. Bugatti Veyron Super Sport is recognized by the majority of experts as the fastest production car of the produced brands. The cost of the vehicle is about 2.5 million dollars.

The Bugatti manufacturing plant bought out by the Volkswagen AG concern from the French owners received a task to develop a high-speed car. As a result, even the well-known critics from TOP GEAR gave the palm to the Veyron as the fastest car of the century. 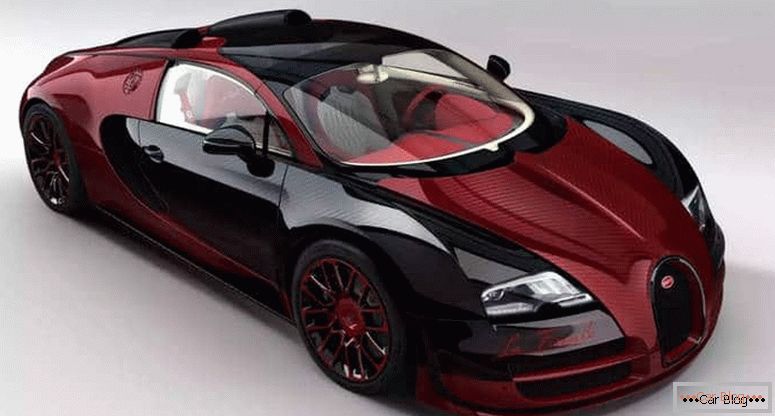 The record was set in the summer of 2010 by pilot Pierre-Henri Rafanel. One of the Volkswagen test sites was chosen as the test site. The conditions that the driver of the test coupe had to fulfill, according to the rules of the founders of the Guinness Book of Records, are that the car is obliged to overcome the open distance in both directions. In this case, the result will be the average value of both runs, in order to exclude mechanical factors such as wind or slope.

The car performed with honor given parameters. The judges also acknowledged that all the formalities were met, and according to the results of measurements, the record speed for a serial car was 431 km / h. This value was even higher than what model engineers had expected from him.

Specifications of the fastest car

In the engine compartment of the famous coupe hiding high-tech gasoline power plant. The location of the engine has an unusual W-shaped layout and includes 16 cylinders. The engine model has a modification of the Bugatti 16.4, which is capable of producing 1200 hp, according to passport data, with a total volume of 8 liters. 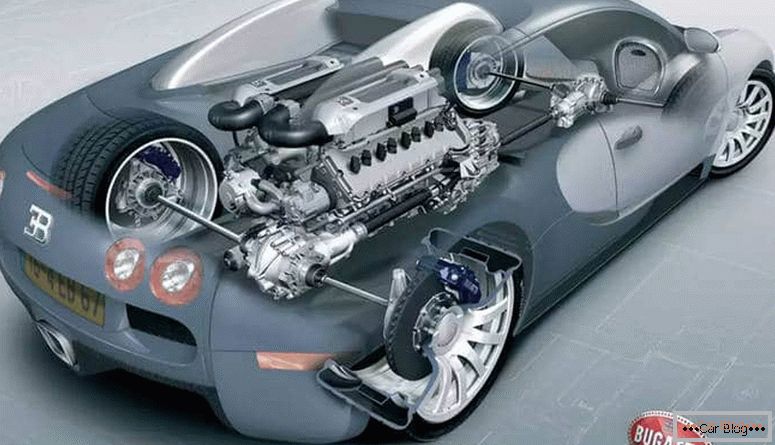 The car is aggregated by a robotic transmission with 7 steps and two DSG clutches. Four-wheel drive coupe distributes a maximum torque of 1500 Nm between both axles.

One of the most remarkable achievements is the fact that after 2.5 seconds from the start, you can see a speed of 100 km / h on the speedometer.

At standard settings, the driver has the opportunity to bring the car up to 375 km / h, and to squeeze the maximum speed characteristics you need to use a special key. After its application all artificial power and speed limits for the car are removed. At the same time, the ground clearance is reduced to a minimum of 65 mm, and at this time, aerodynamic components that suppress drag from the wheels are exposed under the car. 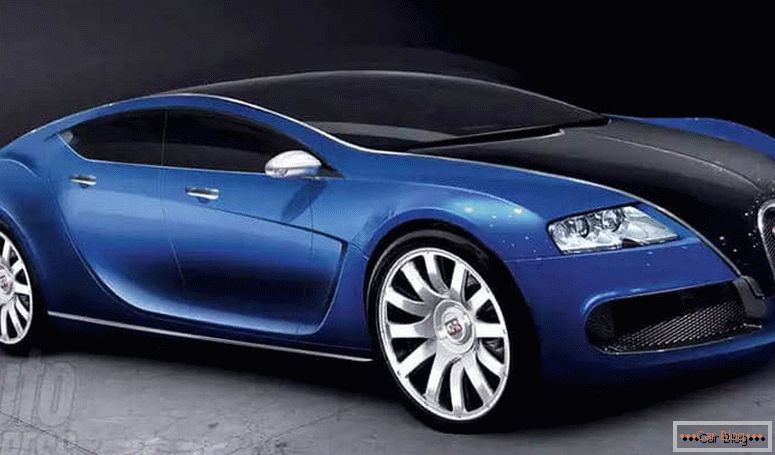 Changes are formed in the calibration of the rear spoiler, which is used during a sharp drop in speed and to ensure high-quality traction of the rear wheels with the road surface. There is also an electronic limit for civilian models, setting a maximum of 409 km / h.

See also: How to pump a hydraulic jack

Achievements of champions on the European continent did not leave indifferent North American fans of high speeds. The result was the efforts of a small American company. Hennesseycreating a competitor for Bugatti. Car got a name Venom GT. The basis was taken sports Lotus Elise.

After certain modifications with a seven-liter engine, the V-shaped unit received 1,244 hp, which is 44 more than the European competitors. The second hundred car razmenivat after 2.7 with acceleration. 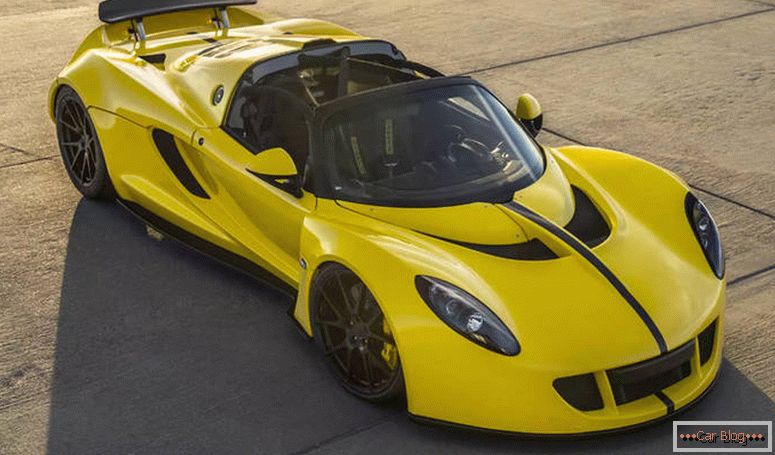 Testing of speed indicators took place in 2014. The procedure was prepared on the runway NASSA, and in the whole process involved a huge amount of sophisticated equipment, including GPS Racelogic Vblox. The data on 434 km / h were reflected on high-precision instruments.

However, this time the staff of the famous Guinness Book of Records again did not count the record, as the pilot made the race in one direction only. This obstacle prevented the fixation of the record, but technically it was confirmed, although not according to the regulations of the international committee.

The controversial championship of Bugatti

In the spring of 2014, a record-breaking commission issued a statement that Bugatti Veyron is controversial. The reason for this was the allegedly non-serial equipment test car. According to the results of the trial, it turned out that the pilot was driving a car in which electronic artificial speed limiters had been disabled. At that time, car owners could not perform such a procedure in the settings to be on an equal footing with the pilot. 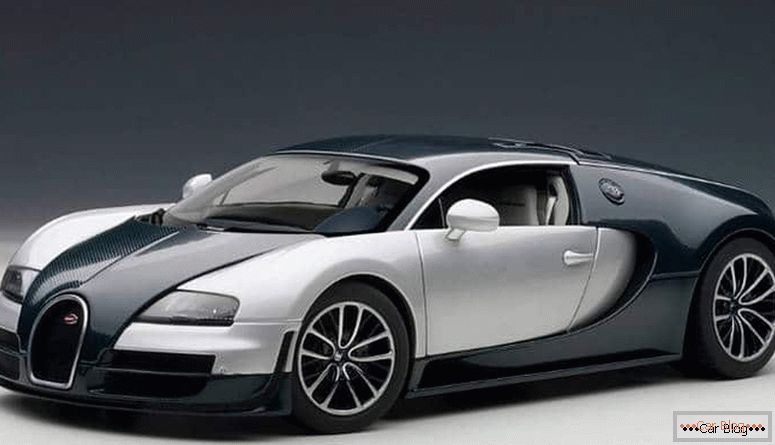 After this investigation, the record of the record was excluded from the lists of the famous book. However, having considered Bugatti’s counter arguments that no structural and mechanical changes were made in the car’s engine or design, and everything remained the same as for ordinary customers, Bugatti Veyron was returned to the status of the fastest production car on the planet. 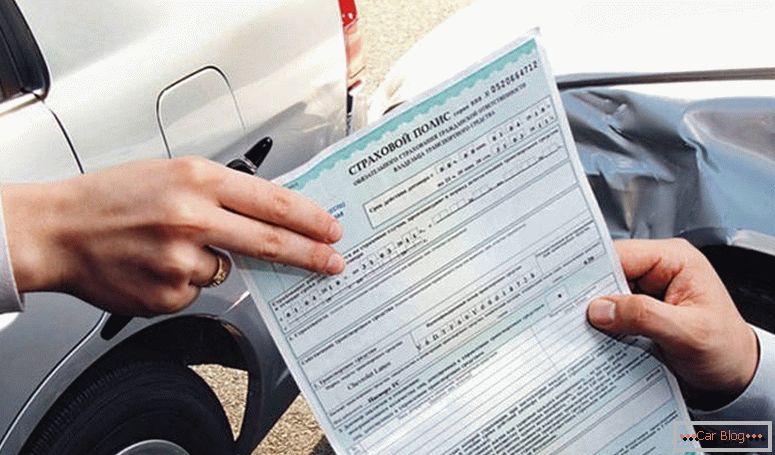 New jeep wrangler filmed during the race with its

Choosing the best new car worth up to 800 thousand rubles