In Russia, the category of small cars is not yet very popular. The male part of the car owners in most cases generally refers to such cars with contempt. But for female drivers minicars are very convenient. After all, besides fuel efficiency, they are also small-sized, which greatly simplifies maneuvering and parking. 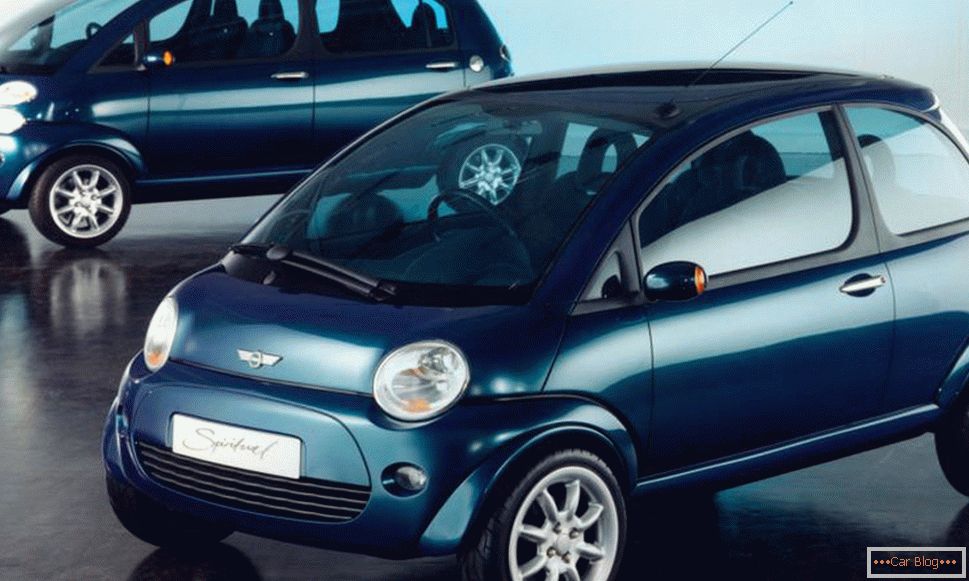 One of the best minicabs is a pretty new model from Toyota called Pixis Joy. Externally, it is very reminiscent of the Mini Countryman. Available until the domestic market. This is a copy of the Cast model from Daihatsu, part of the concern Toyota, also sold in Japan. A special feature are the bright colors of the body, a stylish and functional interior. The main target segment of the model is youth. At the heart of the three modifications available engine volume of 0.658 liters. and a base capacity of 52 liters. with. If you take the turbocharged version, the power reaches 64 liters. with. In this case, you can choose either front or all-wheel drive. In addition to the classical modification, there is a crossover type with an increased ground clearance of 180 mm. in contrast to the standard 150 mm, as well as the sporty version of the appropriate style and with a more rigid suspension. Like all Japanese minicars, Pixis Joy has the most modern equipment. There is a climate control, multimedia system, parking sensors, cruise control, help when driving on the rise, the engine start button. I must say, under the brand Daihatsu this car is sold successfully. Perhaps it matters a very high price, from 12 thousand dollars in the base set. 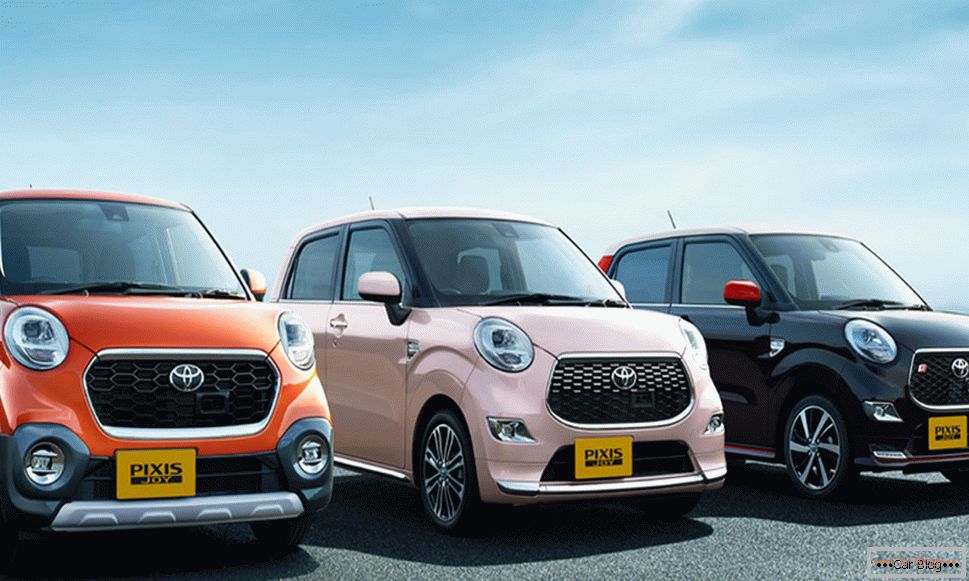 In the European market for a long time, the best one was another minicar from Japan, the Toyota IQ. But she is currently out of production. But successfully sold a very similar model Toyota Aygo. She has a very original rather aggressive style with an unusual design of headlights and bumper. Also available in bright light versions. The model is equipped with a 69 liter engine. with., the ground clearance is 135 mm. Focusing on a young audience, the car was equipped with the most modern systems of comfort, safety, multimedia capabilities. In a rather spacious cabin there is enough space for four adults and luggage. The small turning radius of 4.8 m makes it easy to maneuver in the conditions of urban traffic. As with all minicars, the maximum fuel consumption in urban environments is within 4 liters per 100 km. The minimum price in the European market is slightly below 12 thousand dollars. 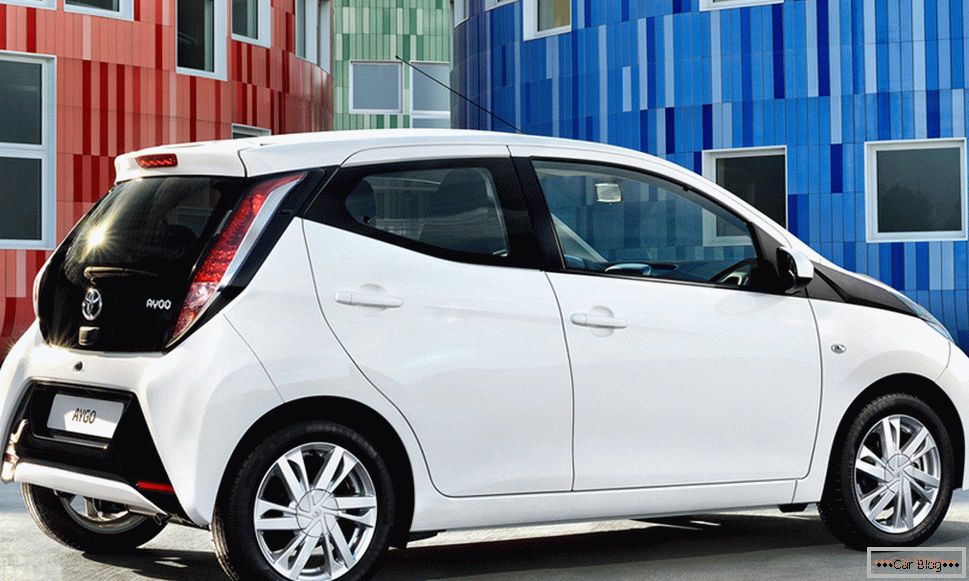 Unlike Japanese minicars, Smart is officially sold on the Russian market and is well known to Russian motorists. Currently, there are three versions of the model. This is a classic 2-seater cabin, a 2-seater convertible and the new Smart Forfour market, which accommodates 4 adults. The cost of the option for two starts from 790 thousand rubles, for four from 830 thousand rubles. There are various design options, including a sports one with a panoramic roof and an interesting color combination in the interior trim. The engine can be a power of 71 liters. with. or turbocharged to 109 liters. with., all options up to a liter. Fuel consumption is slightly higher than that of competitors, up to 5.4 liters in the city. Inside the cabin, a modern dashboard, automatic climate control and an audio system, there are a number of driving assistance functions, such as lane control. 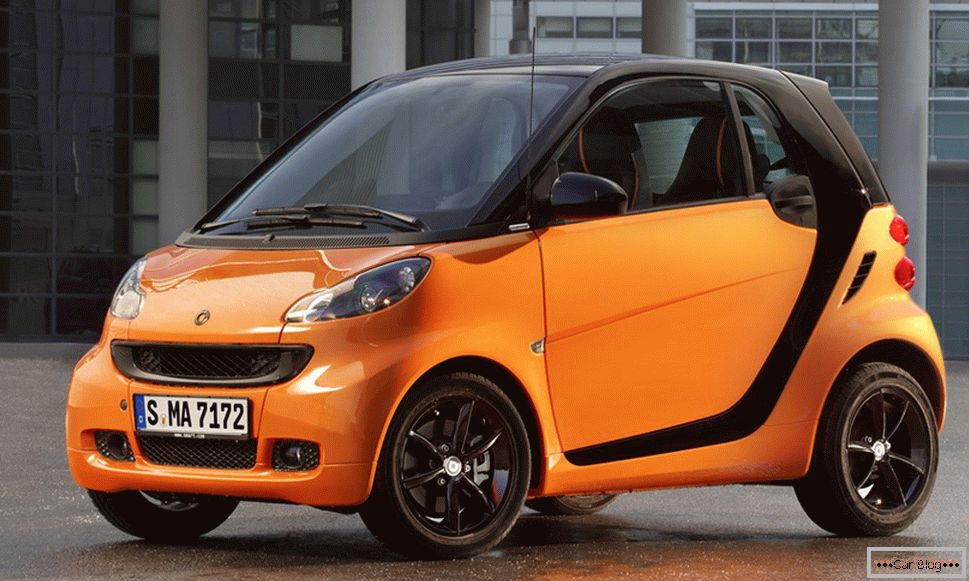 Another representative of the Japanese Nissan Micra minicar cars has been very popular in Russia for some time, but is currently not supplied by official Russian dealers. In Europe, an updated model of the French assembly is currently being sold at a starting price of almost 16 thousand dollars. There was a complete restyling of the appearance, it became more stylish and dynamic. Available in different body colors, including green and bright orange. This model is somewhat larger than the previous generation, so it became more spacious in the cabin in front of both rows of seats. As in most modern cars, there is a multimedia system with a touch screen, good acoustics, air conditioning. As for the engines, the petrol options

adom.ru volume not more than a liter, up to 90 liters. with. for turbocharged version. The diesel engine is no longer suitable for the minicar category, since it has a volume of 1.5 liters. 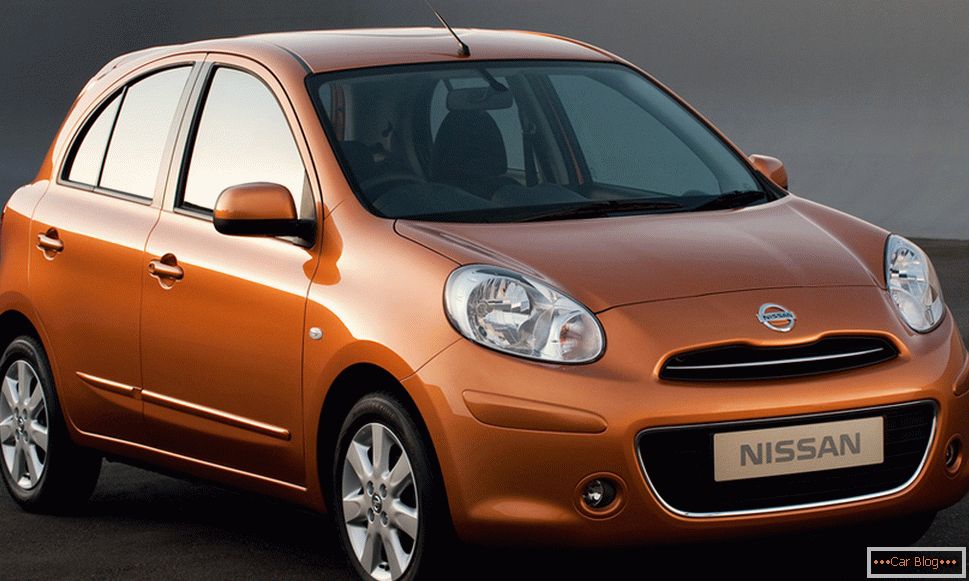 The best Japanese minicar is a compact model, not yet available on the Russian market Suzuki Swift. In 2017, an updated version was presented in Europe, which became lighter and more spacious with practically unchanged dimensions. The engine can be a liter and 1.2 l., In some versions available four-wheel drive. Ground clearance is very small - 120 mm, and a turning radius of 4.8 m. The engine capacity can reach 111 liters. with. Depending on the configuration may be a manual, CVT or 6-speed automatic. It is noteworthy that Suzuki Swift is going exclusively in Japan. In European countries, the car is sold at a price of 14 thousand dollars, and by the end of 2018, the updated model may officially appear in Russia. 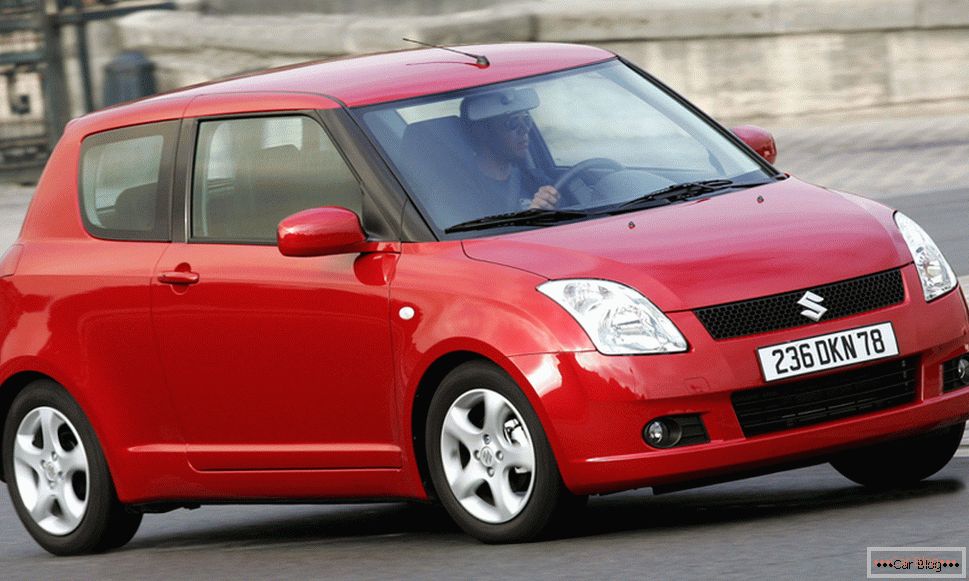 Among the few models of minicar foreign cars officially presented in the Russian Federation, it is possible to note the new Kia Picanto. With its small size and economy, it is very spacious and dynamic. Externally, the design is quite massive with sharp lines and an unusual type of grille. At Kia Picanto modern execution of both the exterior and interior design. The engine is available in liter version and 1.2 liters. capacity up to 84 liters. with. Kia Picanto boasts modern equipment and a large number of options. A feature of the model is 11 variants of body colors, including bright colors. The cost of the car starts from 530 thousand rubles. 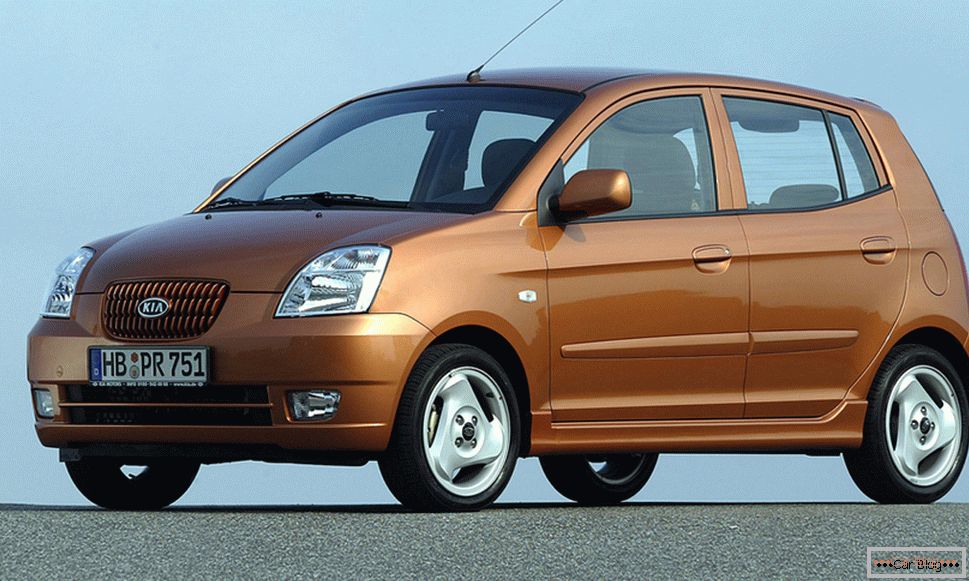 The Uzbek car brand Ravon appeared after the bankruptcy of Daewoo and the takeover by the American company General Motors. The well-known popular Daewoo Matiz went down in history, but it was replaced by the compact Ravon R2 based on the Chevrolet Spark. The price ranges from 470 thousand rubles. At the heart of the model engine 1.25 liters. 85 liter capacity with. Transmission 4-speed automatic. The car with its budget is quite modern, there is an electric power steering, multimedia system, heated seats, 6 airbags, a side computer, parking sensors and more. Rear seats can be folded to increase the amount of luggage. But the car has a decent consumption of gasoline, up to 8.2 liters. when driving in the city. 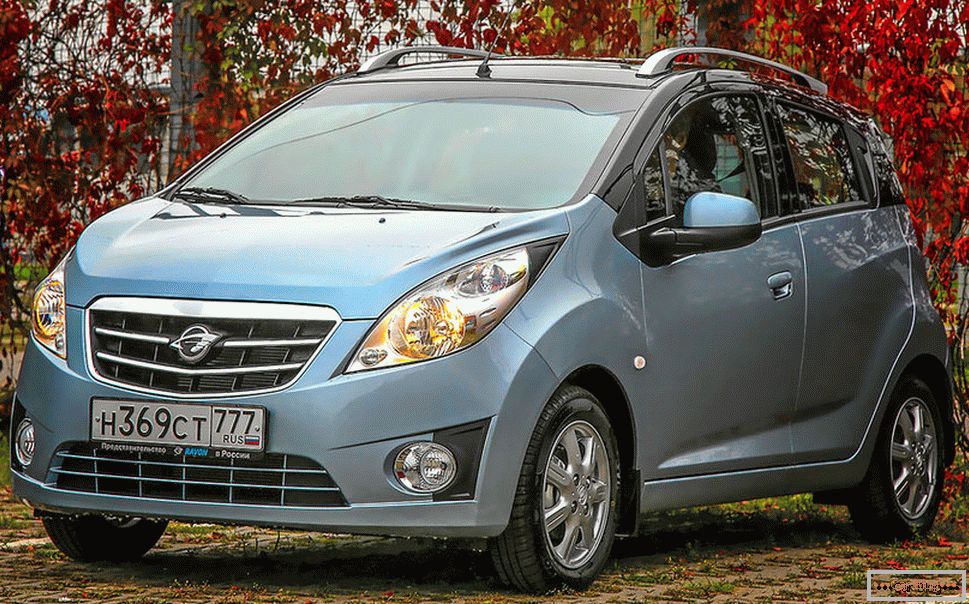 h to N generation i10 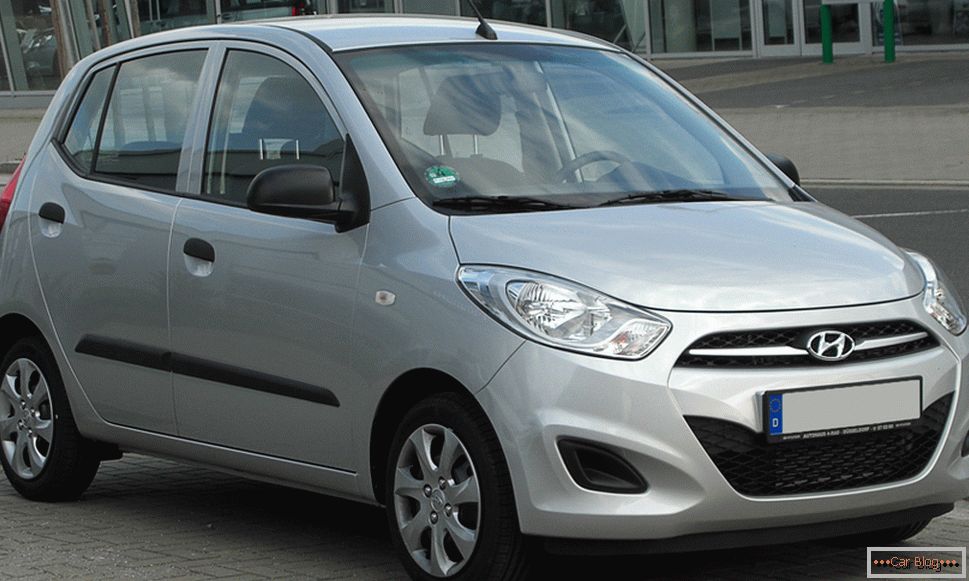 In Europe, this French car can be purchased for about 13 thousand dollars. In all versions, the engine capacity does not exceed a liter, and the maximum power reaches 80 liters. with. The transmission can be mechanical or automatic. With compact dimensions, the Renault TWINGO has a good ground clearance - 170 mm. The peculiarity is that the engine is located in the rear of the car. The salon is quite spacious, with modern electronics. The exterior design is rather peculiar and a little unsightly, but bright colors of the body are offered, including in an unusual black and orange combination. 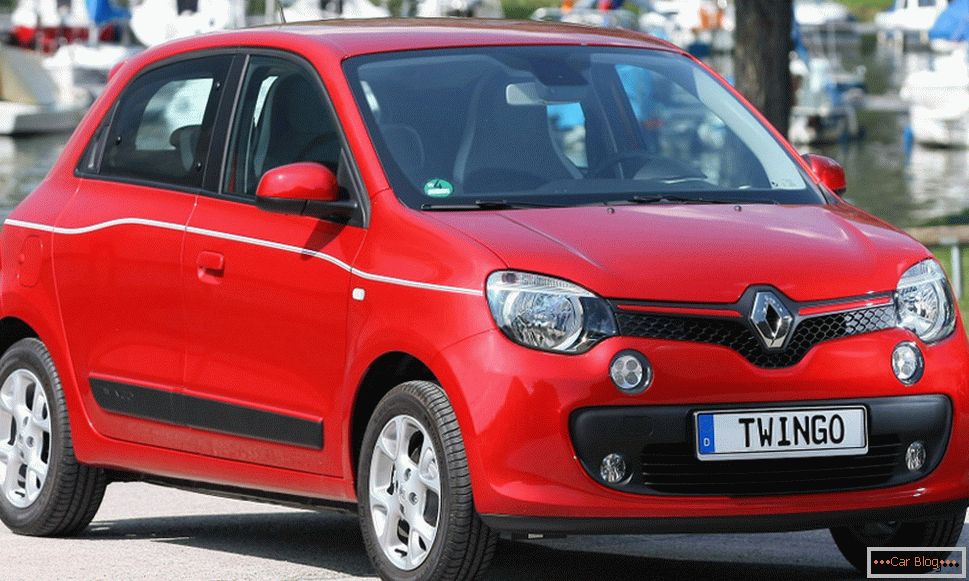 Completing the minicar rating is another model from France, the Peugeot 108. It can be in the 3 and 5-door version. The cost starts from 12 000 dollars. In the initial trim levels rather poor equipment, only the simplest options. And for the top will have to pay a few thousand more. Engine liter or 1.2 liters, the latter provides a much higher dynamic performance. At Peugeot 108 elegant design, it distinguishes it from many competitors, also provides extensive opportunities for personalization. 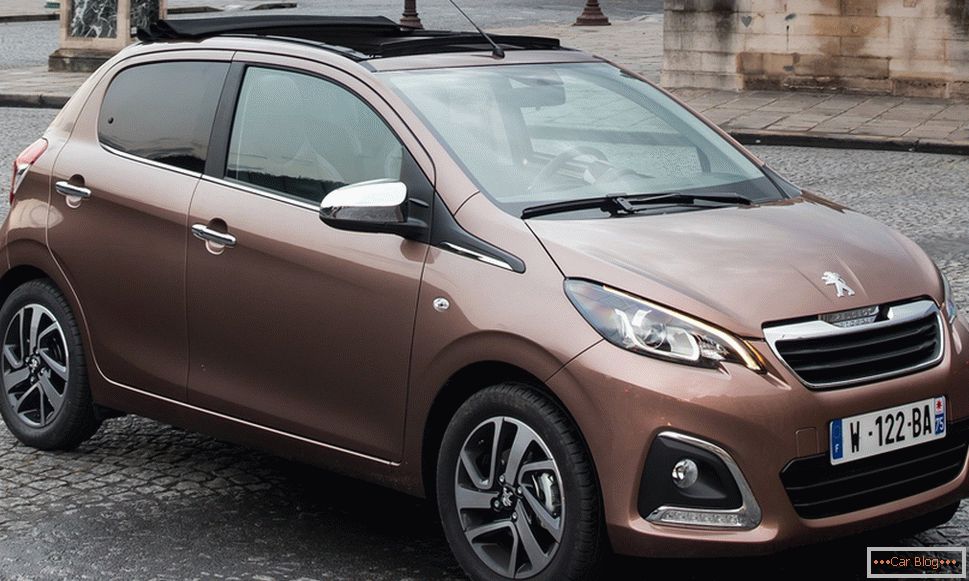 Minicars in Russia are very poorly represented, many models are not even planned to be delivered to our market. Still, there are significant differences in mentality and living standards. In our country, low-cost compact cars like Daewoo Matiz are popular, they are bought by those who cannot afford another car. Now, after the dollar jumps, compact cars cannot compete with mid-size ones, and therefore do not attract buyers. After all, for the same money you can buy a more spacious model, not limited in functionality. And profitability does not cover other minuses for Russian consumers. However, in large cities, more and more people are paying attention to such cars, so in the future we can expect an expansion of the range of official car dealers. 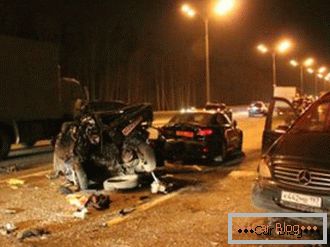 The most dangerous roads in the capital 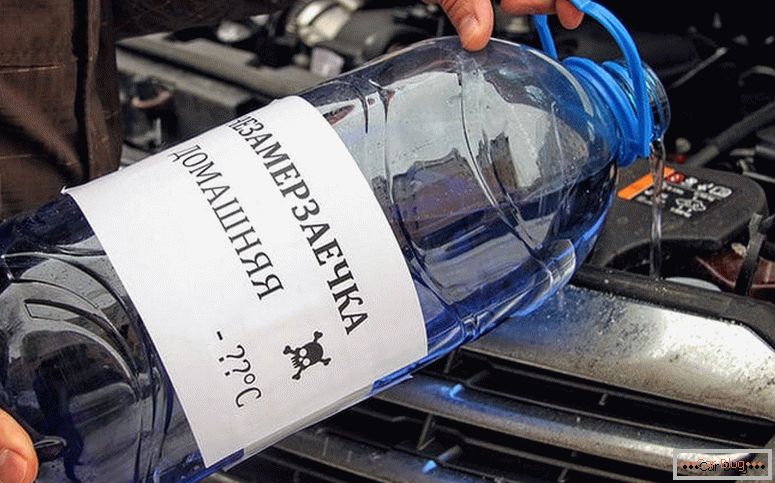 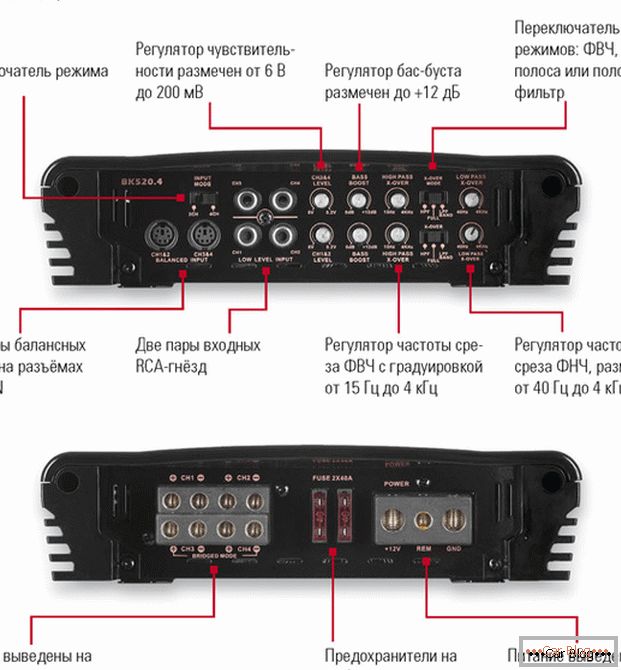