Mercedes-Benz and AMG, working together, have always created very good and powerful equipment. The Mercedes S 65 AMG, a top car in the line of executive Mercedes, can be attributed to the number of such vehicles. 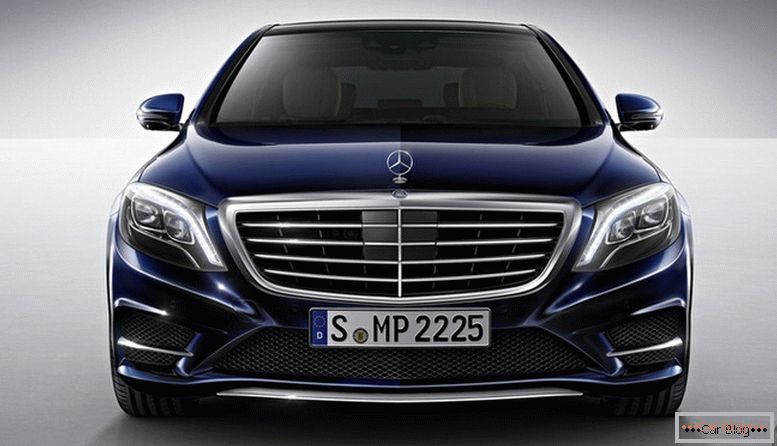 Together, the developers managed to build an expensive, but truly impressive car. What is the "stuffing" Mercedes S65 AMG, whose characteristics are significantly superior to the Mercedes S63 AMG. But more about that later, we will now consider the early top models of Mercedes S class with the AMG nameplate.

The power unit has always been considered the pride of the Mercedes S65 AMG: the V12 bi-turbo, the same as in the six hundred. Such an engine gives at least a convincing 600 or more horsepower. In addition to the engine, the car has a 5-speed automatic transmission from AMG. The result is impressive - acceleration to 200 km / h in 13 seconds, and up to a hundred - a little more than 4 seconds. 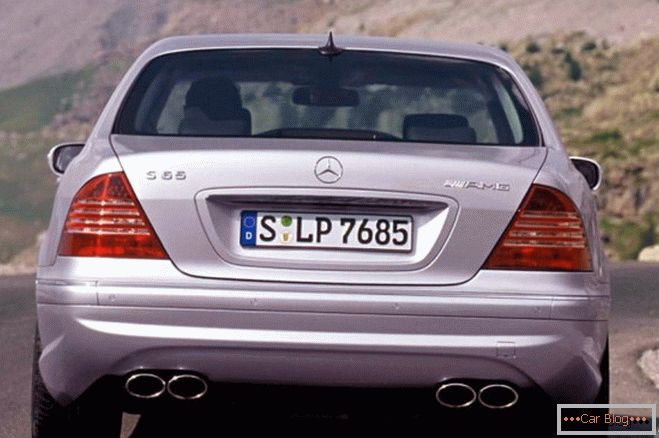 The first such cars went on sale in 2006, and already in 2009, German developers made a restyling of the S63 and S65 models. The design has seriously changed, due to which fuel consumption has decreased, although the vehicle weight has increased by 10 kg.

Characteristics of the Mercedes S65 AMG

Recall that the model S65 with a long wheelbase is a four-door, five-seater executive car (sedan) with rear-wheel drive, V12 petrol engine, volume of 5.98 liters, with a capacity of 612 horses at 4800 rpm, corresponding to the standard EURO IV The AMG Speedshift Plus 7G-Tronic automatic transmission accelerates to a hundred in 4.4 seconds.

The maximum speed is limited by a computer for security purposes and is 250 km / h, of course this limitation can be removed if desired, and then the Mercedes S65 AMG can accelerate to 320-360 km / h.

Recommended article: New Mercedes E-class in the back of W213

The fuel tank capacity in this version is 90 liters. Fuel consumption in the city is 23 liters per hundred kilometers, outside the city - about 10 liters, in mixed mode - about 15 liters.

Weight and dimensions of the Mercedes S65 AMG

The following is the data for the Mercedes S65 AMG long-wheelbase (long version):

Tactical and technical characteristics of the vehicle, declared by the manufacturer, fully correspond to reality. In addition, the Mercedes S65 AMG is reliable, safe and well managed.

If we compare the Mercedes S65 AMG with a serial sedan, it is somewhat different: firstly, in the AMG version there are other bumpers and air intakes, secondly, other exhaust pipes, and of course - the AMG nameplate wherever possible. 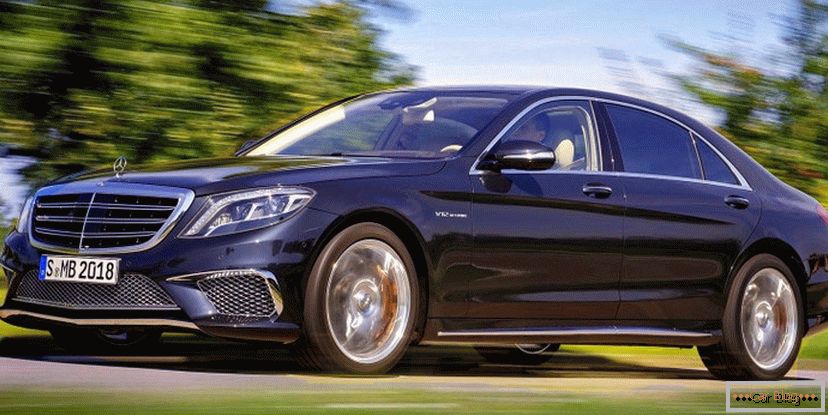 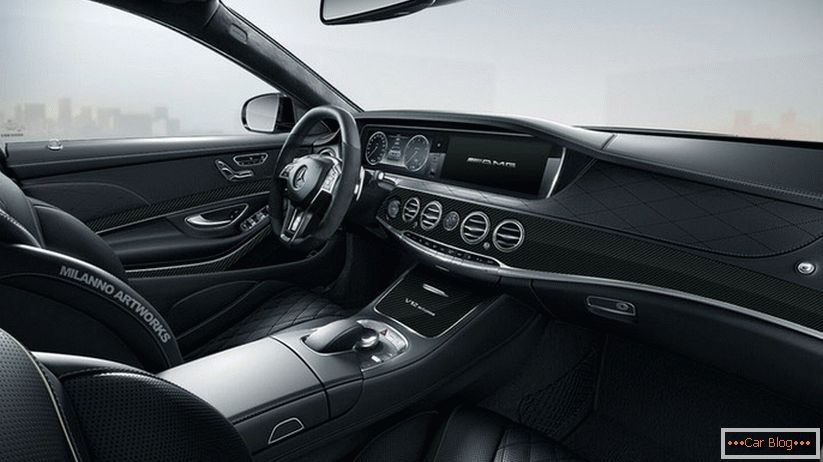 The technical characteristics of the new Mercedes S65 AMG have not been disclosed for a long time. Journalists tried to extract information from representatives of Daimler and AMG, who did not disclose all the information about Mercedes 222 of the body. The pressure of journalists was strong, constantly appeared spy photos on the network.

And as a result, some technical characteristics of the car became known. Company AMG, without waiting for the exhibition at the Tokyo Motor Show, made an online presentation of the long-awaited Mercedes S class 222 body - the car of the last generation of the executive class, which received a more advanced engine with a capacity of 630 hp and ultra-modern electronics. 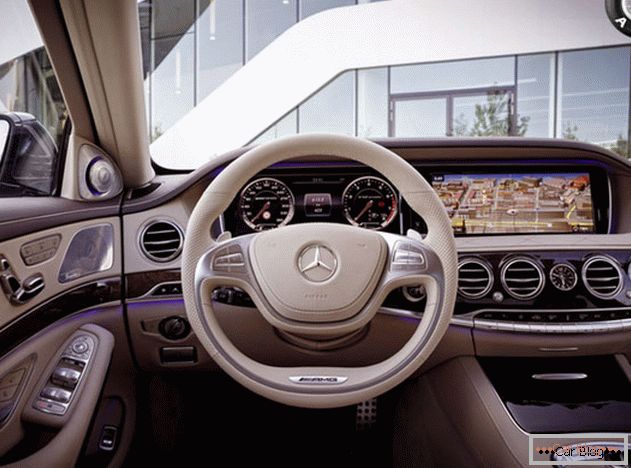 In addition, the Mercedes S65 AMG is equipped with an ultra-modern “smart” suspension with the Road Surface Scan system.

Does it make sense to talk about the efficiency of the engine of such an expensive car? What is amazing, but the Mercedes S65 AMG consumes only 11.9 liters of gasoline per 100 km in the combined cycle. All environmental standards are met, unlike the previous model, this model now conforms to the EURO 6 standard, which will enter into force only in 2015. German developers have worked in advance. 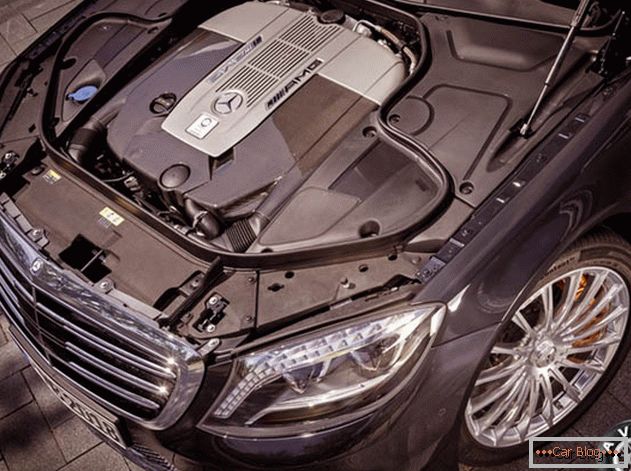 In addition, the AMG v12 biturbo power unit is the most advanced engine in its class and will not have any competitors in the near future. Mercedes S65 AMG (top grade) will be available in Russia in the spring of 2014 at a price of 12000000 rubles.

Externally, the Mercedes S65 AMG looks quite sporty and modern. The interior design has also changed significantly since 2006, especially as regards the electronic instrument panel.

Mercedes S65 AMG fully justifies its relatively high cost, because even in Germany, the price of the Mercedes S65 AMG in the 222 body is 232,000 euros. But for this money, the buyer gets a car with excellent dynamics, excellent handling and reliability. In fact, this car completely replaces Maybach, which cost around 1,000,000 dollars. By the way, the price of a Mercedes Gelendvagen is much less, although such a jeep has a lot of positive qualities.

To date, in Europe there is not a single serious competitor among executive cars, which could come close to the characteristics of the Mercedes S65 AMG, if, of course, do not take into account the BMW 7-series. As the saying goes: "Mercedes has only one drawback: it will never become a BMW." But anyway, Mercedes is made at a very high level, specialists from Mercedes and AMG have made a “reserve” for the future, thereby ensuring a head start over competitors.

In our age, technologies are developing very rapidly, so a new and even more advanced car from Daimler and AMG will appear soon. Their partnership has always been fruitful, so if these companies continue in the same spirit, then their leadership in the automotive industry is not in danger. 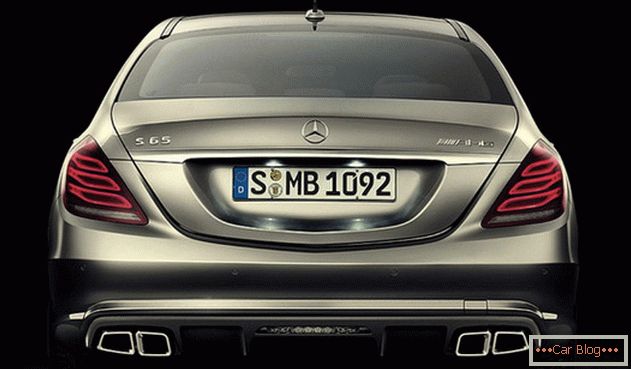 Mercedes S65 AMG relished everything: speed lovers, environmentalists and experts. After all, the appearance is traditionally just at the highest level, the car turned out to be stylish and elegant. In addition, German developers are now seriously working on a new system, Intelligent Drive, which will allow you to drive a car without human intervention.

It sounds unbelievable, so I suggest watching the video about this system: 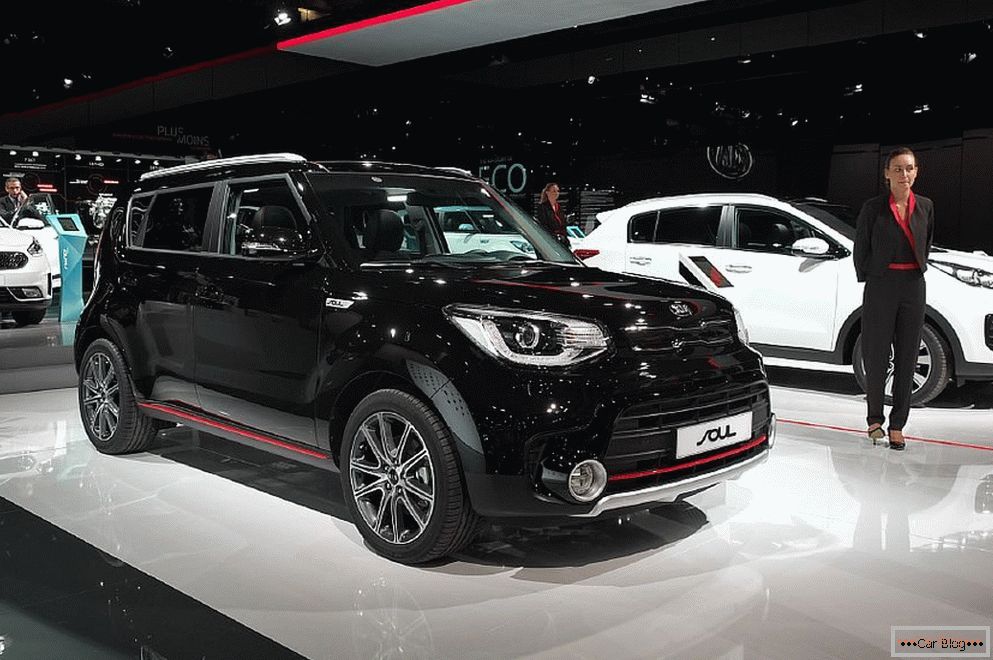 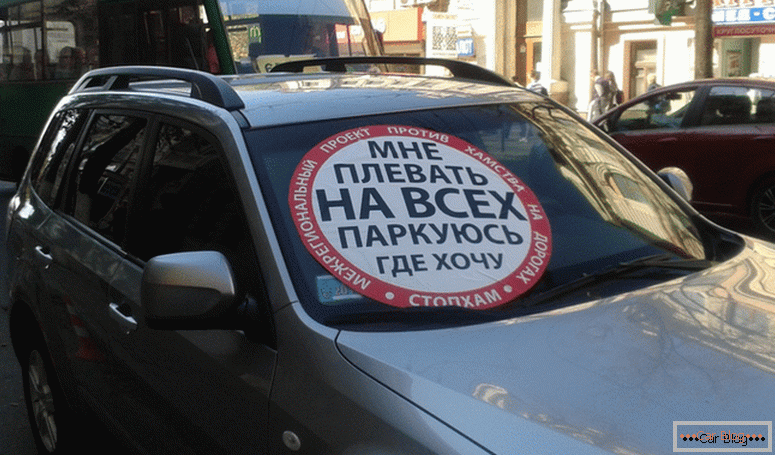 How to challenge the penalty for parking in the wrong place

How to check the car for arrest in the traffic police