Still, people are strangely arranged, they create, they bring to mind, they nurture almost perfect, perfect things, but they are not enough, they are trying to improve already perfect creations, sometimes bringing the situation to an absurdity. Here is a good example of such an absurdity. 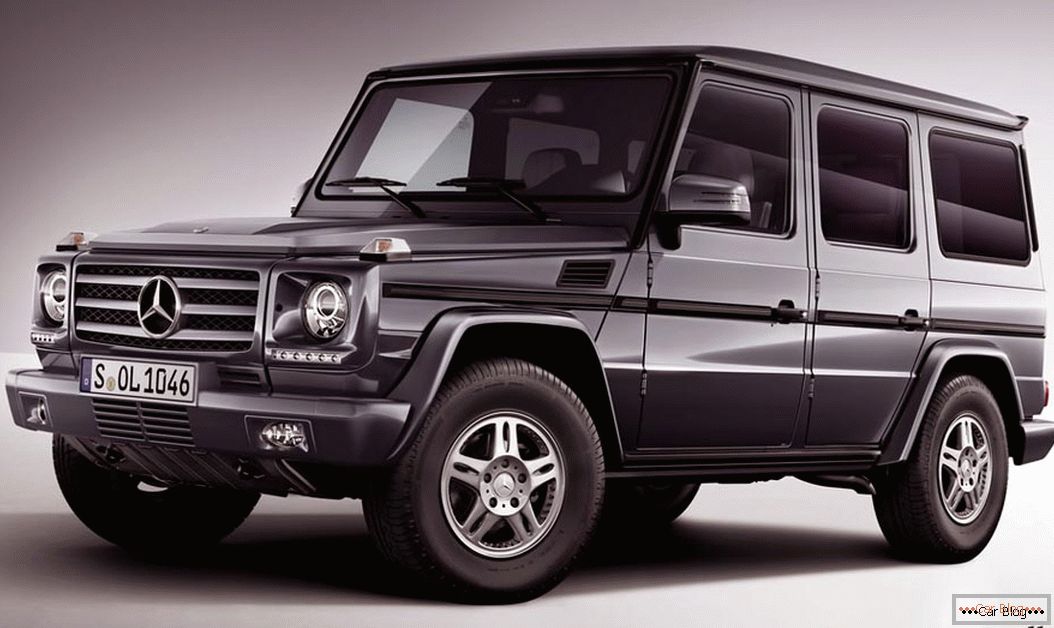 Mercedes Benz G Class, good old Gelend - a soldier who rose to the rank of general; pawn turned into a queen; a farmer who got rich. Unusual changes occurred to him, he almost went into retirement, but still left a legend on the conveyor. 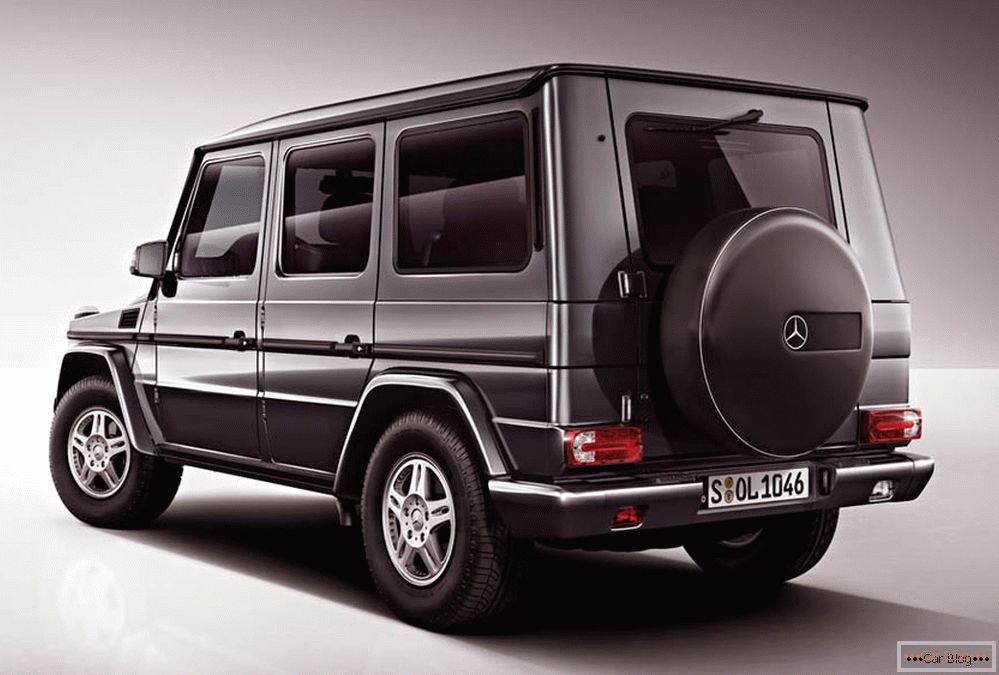 Moreover, experts from AMG also decided to put their hand to this legend and gave it a second life, having taught to drive very fast. Now the Mercedes-Benz G Class has a V-8 engine with two turbochargers under the hood, with a capacity of 500 horsepower, it produces 700 Nm of torque.

This is an indicator worthy of this sports car, but at the same time Gelendvagen retained all of its remarkable off-road capabilities, including downshifts and locking of all three differentials. 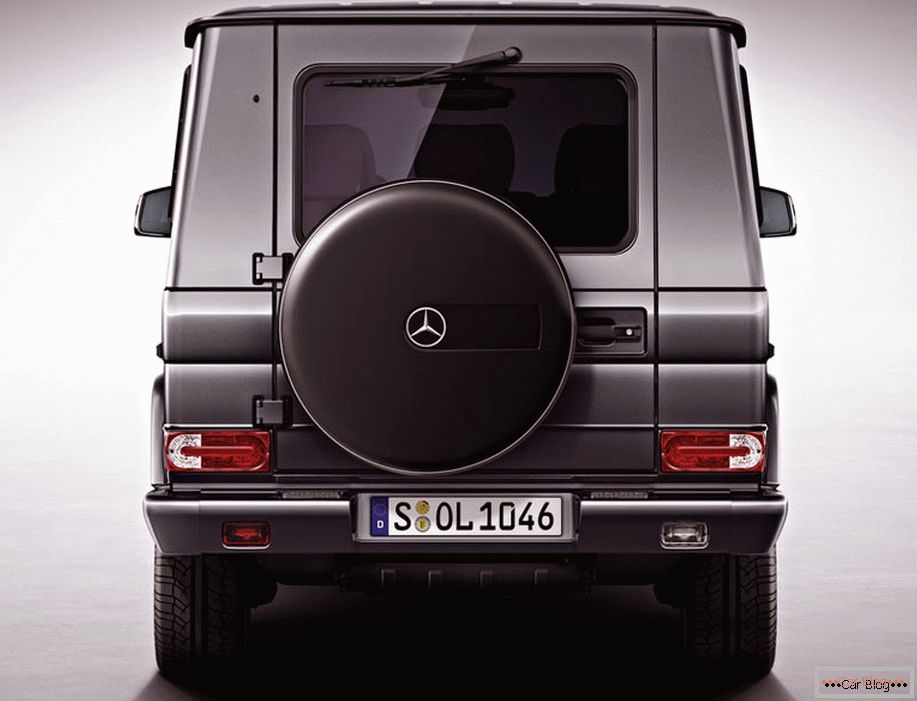 They learned to combine incompatible things. Why climb through the mud with such power and moment, because with one press of the gas pedal you can get to the bottom of the magma. So, apparently, he put mud in his life, and now he is capable of much, especially since the tires here are serious, a little bit evil.

But still, his element in the performance of AMG is the perfect smoothness of the German autobahns, for which there are still no speed limits. But in Russia, however, these restrictions are everywhere, so where should you put such power here? Maybe we can use it at 402 meters of the next drag race. We will pull this brick out onto the road and show that there are other pumped up cars, besides charged Japanese malomerok. 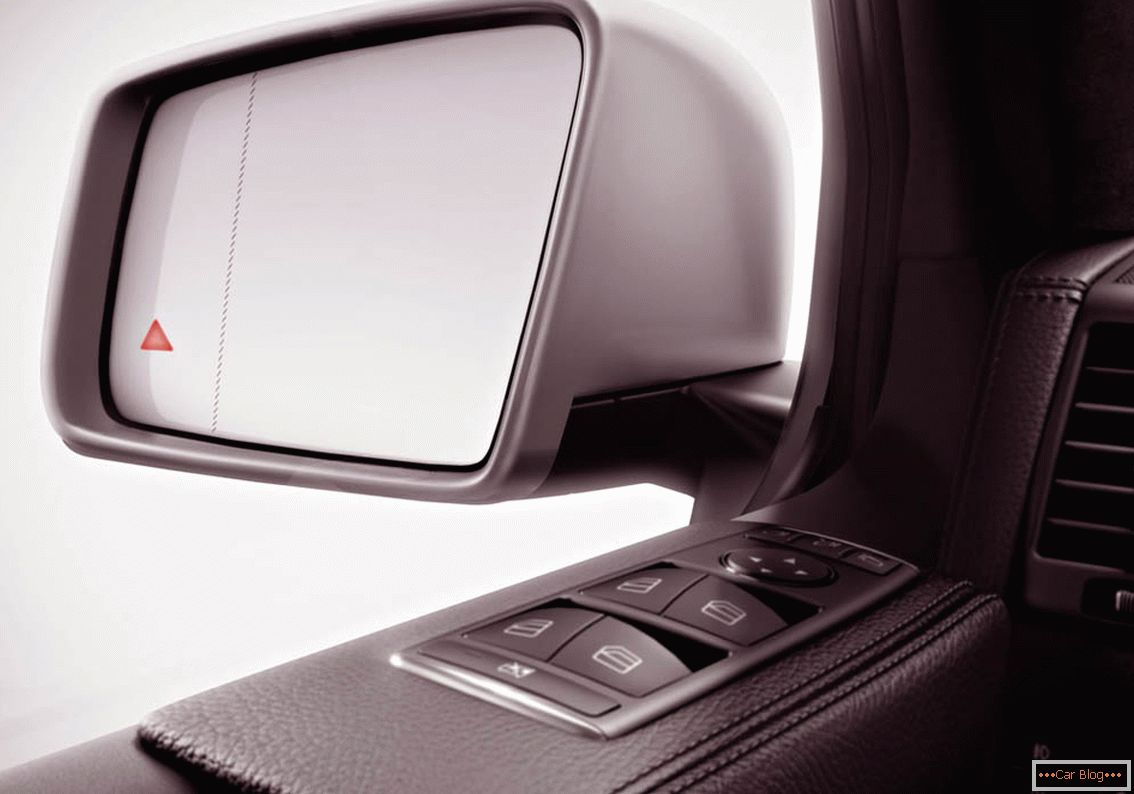 And now we will climb inside this tight dugout, this commanding dugout. Naturally, nothing in the dimensions of the machine since she got into service in the German and other armies has not changed.

And now we will talk about what this car is, and in general what this mysterious abbreviation AMG means.

The independent AMG tuning studio was founded in 1967 by two former engineers from Mercedes. But soon, in 1999, these prodigal sons returned to their parental home. AMG became the court atelier and part of the Mercedes empire. Under the AMG brand, traditionally, seriously charged versions of all Mercedes models are produced.

Recommended article: Lexus LX with a new look and a new filling

By the way, if these brave guys would have taken on the VAZ 2109, then it would probably turn out to be something unrealistically cool, because tuning the nine requires serious experts. Of course, this is a joke, because the specialists from AMG will never take up Russian cars :) Therefore, Tazy will have to be tuned on its own. 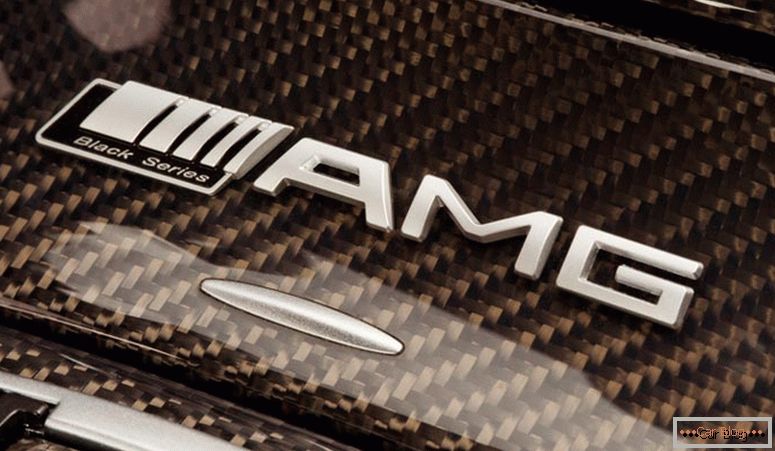 True, for a Mercedes Benz G Class for a long time did not take - it is a very ungrateful thing, to build a sports car from a military all-terrain vehicle. But the task was completed - 5.5 seconds to hundreds and comparative tests with the Porsche Cayenne Turbo in the German press. It means something.

Critics say what kind of sports car with the aerodynamics of a suitcase? Yes, the aerodynamics here are a little better than the suitcase, but on the other hand, remember the dynamic resistance coefficient of the Porsche 911 first edition, it was just below 0.4. In modern times - this figure is simply catastrophic.

When the asphalt begins to stormy, Gelend's suspension can be somewhat puzzling for those whose spine is not in place or kidney stones can definitely feel discomfort.

But for those who do not like to remove their feet from the gas pedal, the holiday begins, on the contrary, because even the ninth shaft can be carried out at full speed, while the wheels practically do not lose contact with the road, which means that the car remains fully controlled. 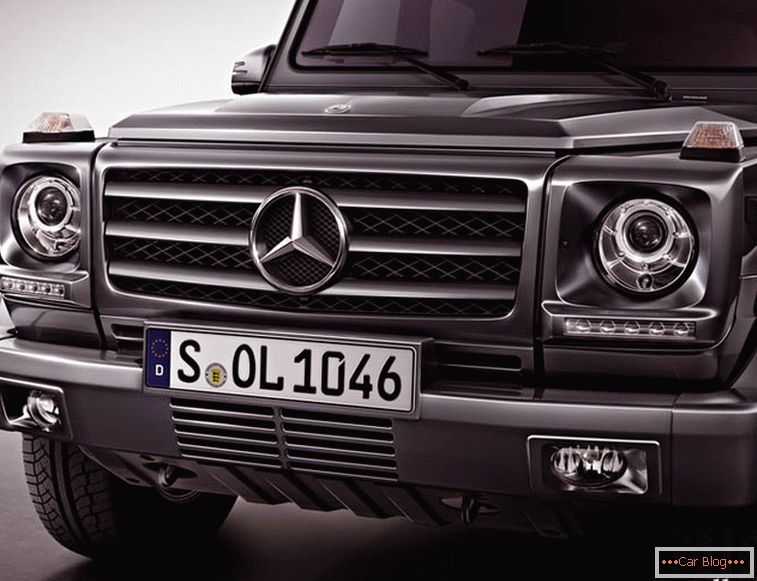 “And why does Gelend have such a large ground clearance of more than 20 centimeters and block all 3 differentials with a reduction gear?” And I will answer if all of a sudden we want to drive off the road to some lake to swim, for example, in the Valdai region, can any owner of a Ferrari or Lamborghini afford this with practically the same engine power and almost the same booster dynamics from 0 to 100?

However, the need for all of these outstanding off-road capabilities of Gelend appeared already quite quickly, no need to go to Valdai. On the sidelines, we calmly drove around the accident and returned to the track. Try to repeat the same thing, the owner of the Porsche Carrera.

As for the AMG version, this is an absolutely road car and maybe even for a real, full-fledged SUV it is too hard. The center of gravity of the car is still a little higher than it would be desirable for such a space eater, for the same real sports car. And if you subtract these nuances a little bit, then it just allows you to work wonders for your size and your weight.

By the way, all the delights of this knocked down, tough and pumped up suspension can better be felt by those who sit in the back. They do not even have their own climate control, they can not deflect the back of the seat, move them back and forth. True, their seat belts are height adjustable. After all, should there be anything to be regulated there? 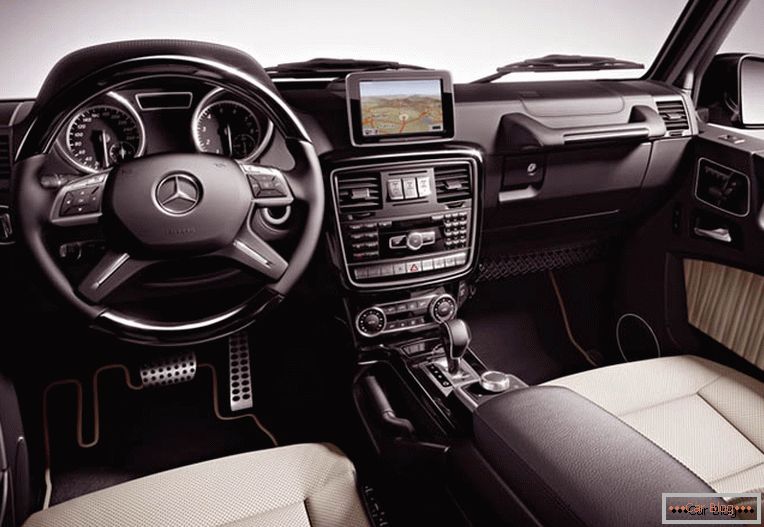 But on the commander’s place, on the captain’s bridge, on the main seat of the ship, there are plenty of adjustments, in addition, there is a separate unit for pneumatic pumping of individual sections of the backrest and seat. You can pump up lateral support, you can pump a cushion under your knees, so that it is more comfortable to sit, well, a cushion on your back in the spine, so that your back is not so tired.

But in fact, the presence of all these devices is justified not only by the fact that the Germans care about the comfort of the driver and passengers. The question is different - people need to feel, for which they paid 140,000 euros. The price of a Mercedes Gelendvagen is quite high. After all, in fact, if you do not take into account these devices, then this money, crazy money, is dissolved in the engine, transmission and suspension, but you can't see it from behind the wheel, they can only be felt, which we do with great pleasure. 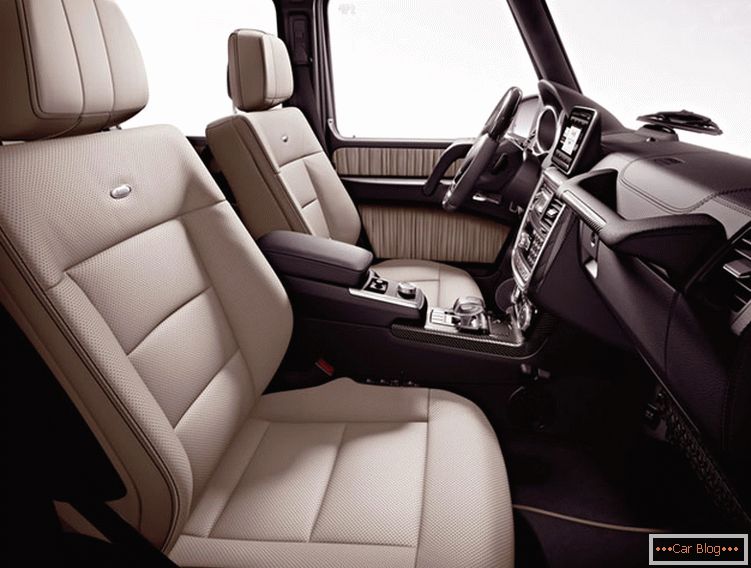 He does not like this car to move slowly in traffic jams, speed is his element. And so, during traffic jams, on nervous soil, Gelend's appetite increases. And on the highway, fuel consumption fell to quite acceptable for a 500 strong engine - 25 liters per 100 km. So, fears about the fact that the Mercedes Benz G Class will not be able to get from one gas station to another are superfluous.

Recommended article: Experience of owning Geledwagen and solving some difficulties.

Jumping out of traffic, without remorse, we sink the pedal to the floor! In the end, we still have not a small tank - a truly strategic reserve, 96 liters of high-octane gasoline. Let's not forget, this is a military vehicle. 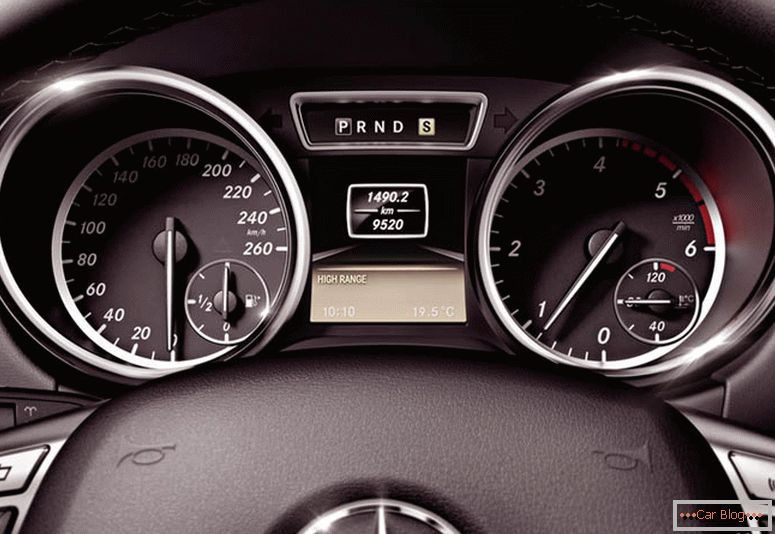 I don’t get tired of quoting the great Carroll Shelby, who said that power is never enough, but G-wagen AMG is just the case when you cannot feel its lack. It is very well felt on fast overtaking, when you need to drive in, go around and come back.

In this situation, it is quite simple, even without kick-down mode, to drown the pedal to the floor and that's it! Yes, there is a kick-down mode, and the possibility of manual selection of gears, but in real life it makes no sense to use it on asphalt, there is no need. Power and moment is enough for the eyes and this manual mode is necessary, perhaps, for heavy off-road.

By the way, at the end of our journey along the highway, we managed to bring the average consumption to 19 liters per 100 km. Good expense, as for a huge jeep, not many large American cars can boast such a small expense :)

Now let's move to the gallery - to the passenger seats, let's see what is there. And the back here is great, because you are sitting high - you look far. In addition to adjusting the height of the seat belt, there are other excesses, in particular, two-mode heated seats, this will be true during the winter trip. And the fact that a little shakes, well, not without it, is a known thing. So, the situation here is quite conducive to, albeit not very calm, but rest. By the way, a new Gelendwagen 2013 has just appeared, it is even more powerful. 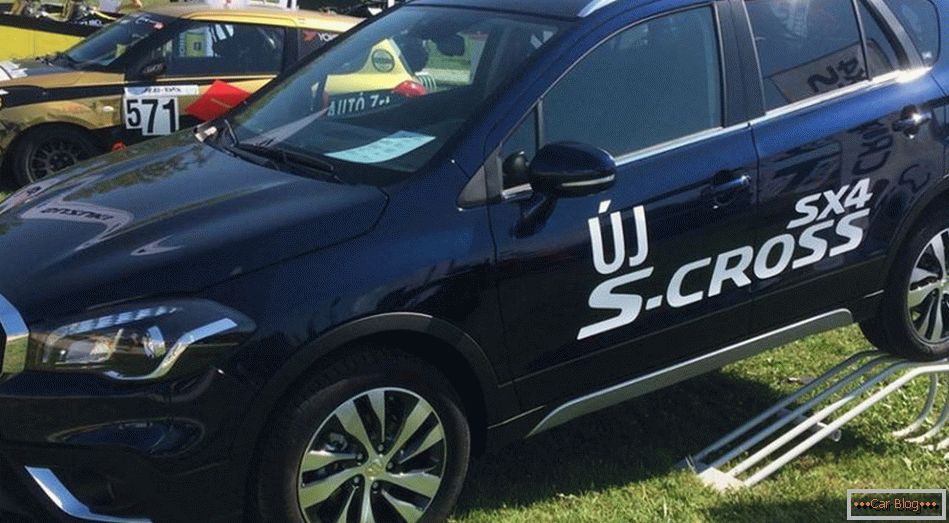 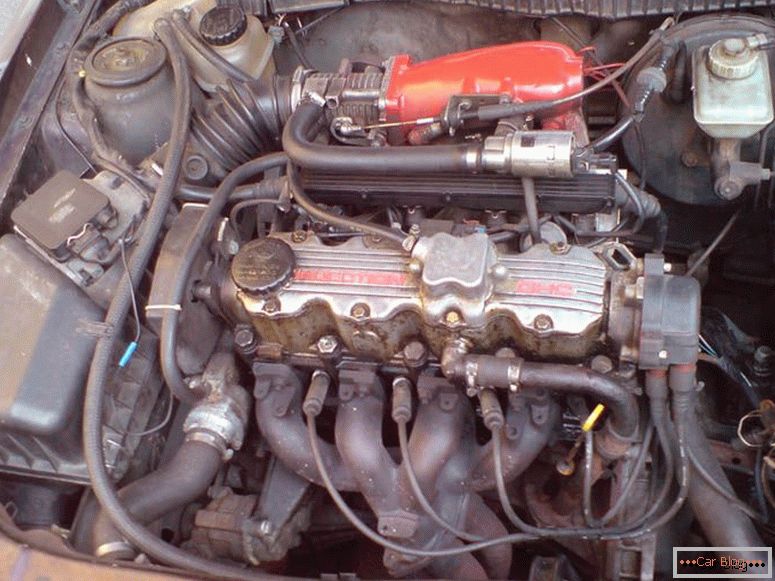 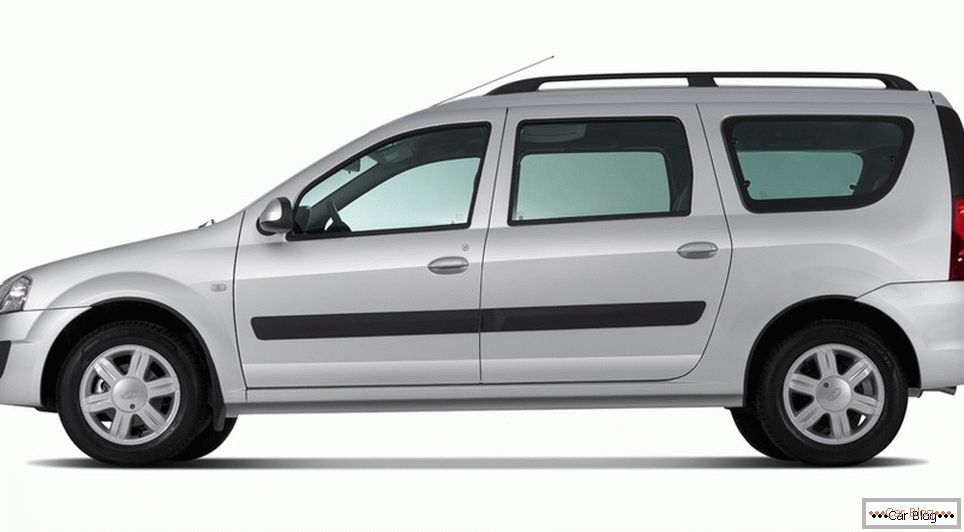 All larguses will be equipped with a new engine in november