Small cars in Russia are not in high demand. One of the exceptions is the Opel Corsa, which managed to find its buyer. Under the condition of the careful attitude of the previous owner, it makes sense to take a car with mileage.

Advantages of the car Opel Corsa

Opel relies on a combination of performance and low cost. All cars of the Corsa series were characterized by good performance, reliability, pleasant design. The quality of the car has been preserved up to the latest modifications B, C and in particular D, where the developers used the integrated, flexible SCCS platform in combination with a comfortable lounge, safety, and handling.

The car managed to break into the TOP of small-sized cars, overcoming the negative trends associated with the skepticism of the new owners of Opel from the concern General Motors.

In Russia, it occupied the top position of the rating at all, until the crisis of 2008 and jumps in the Euro quotes did not aggravate sales. Despite the fall, the Opel Corsa continues to be in demand, attracting drivers with a wide range of engines, simple handling, long-term operation. By 2017, 10 years have passed since the release of the first production car, but most of the cars remain on the move.

Back in the twentieth century, the body was considered the most vulnerable spot of Opel models, giving rise to stable associations with rust and corrosion. Using plastic, aluminum alloys and galvanized (missing only on the roof), the developers changed the trend by presenting a car in the person of Corsa, which is practically not subject to corrosion, eliminating situations associated with mechanical damage. Otherwise, scratches, chips, and other defects do not rot for years, even if the peeling of the paint is large. 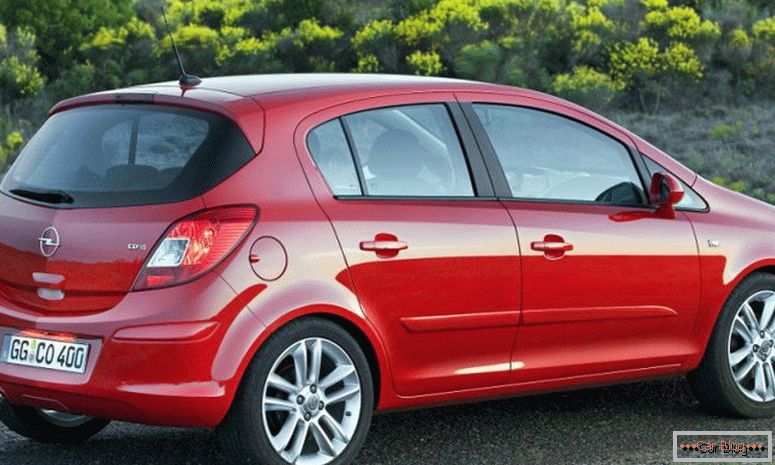 Hazardous zones are weak bottom, closed seams and joints. Here, despite the quality material, paintwork easily comes off due to impact, sand, stones, which leads to the need to repaint the rear fenders (3-door versions suffer) arches (especially in 5-door versions) and bonnet edges. Since 2008, Opel Corsa stopped completing door moldings, which increased the number of dents and chips.

IMPORTANT! Very often, the owners are faced with poor condition of the seams above the engine, blockage of the drain channels of windshields, moisture in the cabin. Problems are local and in the absence of an accident, corrosion is excluded.

During the operation, part of the owners, using cheap Chinese parts, refers to the services of unskilled mechanics, trying to save on painting, which invariably forms rust.

In the basic version, the car is equipped with a Pilkington windshield that can withstand a strong mechanical impact. The rear window is much more expensive, and its heating strands quickly fall off, requiring expensive repairs.

The AFL headlights are highlighted, which at the time of release did not have equivalent analogues. Despite the strong light, they are prone to rubbing, needing to polish and rehabilitate fixing knots if the bumper has been hit. After a few years, the work of the reflector and lens drives is disrupted, forcing to resort to replacing headlights.

Recommended article: Foreign cars up to 600 thousand rubles can please with their efficiency

What to look for when inspecting the cabin

Decent side of the Opel Corsa D is the salon, which combines simplicity and comfort. The stove radiator is very reliable, the drawdown of the seats and peeling of the skin is observed only after many years of operation, and the smoothness of the outlines of the lever casing disappears after 70 thousand kilometers. The remaining components reliably serve without losing aesthetic properties. 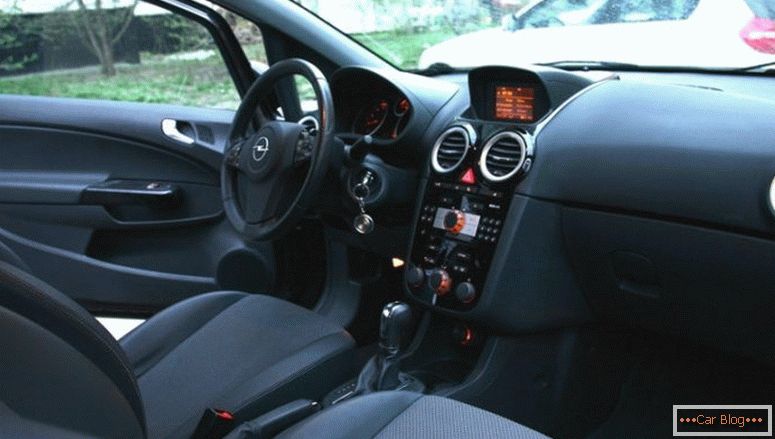 Illumination problems begin in 5-7 years, the whole structure of lamps and diodes complicates the replacement. The climate system is copied from Fiat cars, repeating the advantages and disadvantages of noisy bearings and the need to replace the fan after 150 km of run. Successful diagnostics and repairs require the skill of a wizard who can fix air conditioner leaks caused by weak seals and vibrations. The coupling and compressor often fail, and the condenser is exposed to stones.

The onboard computer interface loses clarity over time, rendering a blurred image. The way out is to replace modules, blocks, or use the color version of the CID, which works without problems.

As a rule, the dysfunction of the cabin systems is connected with the breakdown of the components of the BCM, which play the role of a fuse. A simple replacement will not help, since the unit closes on many of the options, including rain indicators and fog lights. Other Corsa units, which are closely related to the bundle, act in a similar way, which is why wiring and modules have to be affected when changing them. 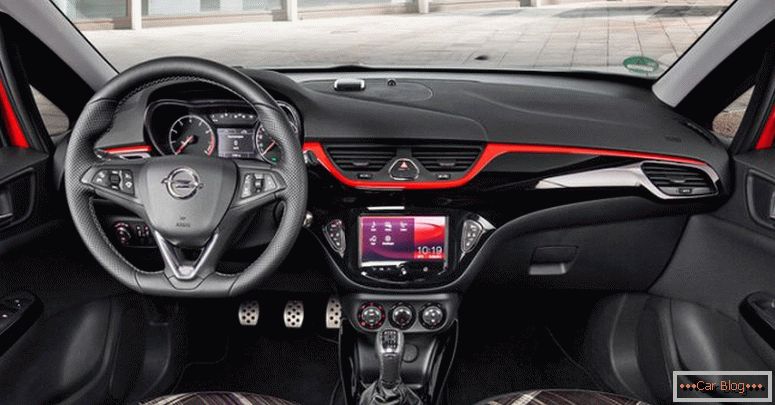 Reliability of electrical equipment in Opel

Most experts and car owners point out reliable electronics, pointing out some vulnerabilities, first of all a weak generator, where rings will wear out after 100-150 thousand kilometers of dusty roads. Bearings remind of themselves even on cars that are used exclusively in the city, it is enough to go 50 thousand km. The overrunning clutch will require replacement to the threshold of 100 thousand km, as well as voltage regulators, which leads to disruption of other systems. 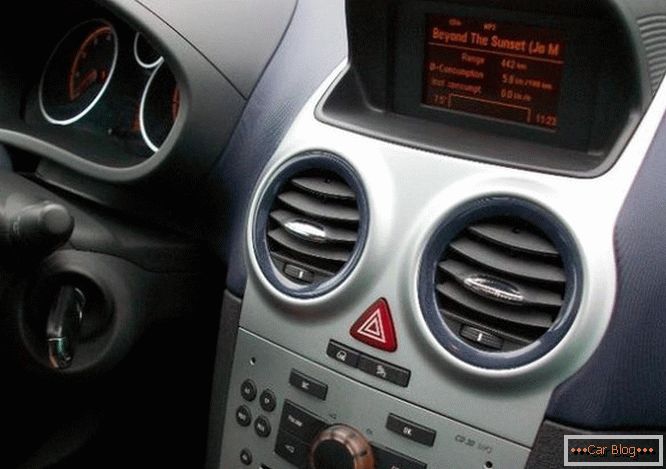 Along with the blocks, the main problems of Opel electronics, traditionally lie in the radiator resistors, whose coating is prone to burning. Rehabilitation is possible under the condition of the working condition of the part, and as an alternative, you can use the Niva resistor (Chevrolet Niva), saving even the claimed 1000-2000 rubles. The lack of timely repair causes consequences in the form of burst hoses, barrels, oil drips from the engine.

ATTENTION! The weak feature of the Opel Corsa is an expensive ignition module, which even in the used version costs 4 thousand rubles, and in the original falls to 10 or even 30 (for a turbo engine) thousand rubles.

Among the common violations of the Opel Corsa electronics, is the overheating of the components of the ECU, caused by a break in the internal wires. It leads to engine failures, eliminating subject to replacement or the services of a specialist capable of opening the unit. Candles fail due to pollution, oil drips, ingress of antifreeze to the tips.

Regardless of the version of the Opel Corsa, the future owners of cars, it is necessary to prepare in advance for the creaking of the pads, and after a run of 150 thousand km wears the anthers and fingers of the calipers, especially the rear ones. Despite the reliable drums of the indicated units, it is monitored at every maintenance.

ABS and brake lines do not cause complaints, in contrast to the suspension, which:

ATTENTION! It is a weak point of the car. So versions B and C sounded like old VAZ, but in modification D, the problem was eliminated by increasing the resource of the rear linkage silent blocks and the services of new suppliers of stabilization traction.

Hub bearings show noticeable brittleness, making noises even before overcoming the milestone of 100 thousand kilometers traveled, especially if 16-inch wheels are used and side impacts have taken place. The only way to preserve the details is a careful attitude, in this case they are not afraid of even 200 thousand kilometers, but when buying from hands, verification is obligatory.

The steering has an electric booster, and malfunctions are associated with its failure, anther defects, and a rattled rake. All of them are caused by various reasons, from burnt out indicators and wires, to failures of the ABS, BCM modules. Very often, the position indicator of the amplifier breaks down, which is difficult to repair and is expensive. Errors are observed with a weak generator, battery, on-board voltage.

In general, despite the size, the car moves well, especially in the presence of high-quality transmission and engine.

What box to choose Opel Corsu

Owners of cars are presented with manual gearboxes of the F13 + and F17 series, based on their base automatic machines with robotic control Easytronic and real automatic transmission AF13, which sometimes go as Aisin 60-40LE, being used on 1.4 liter Corsa versions.

Each transmission has its pros and cons, so the mechanics of the F13 + and F17 are characterized by rapid deterioration of the switching unit, where the backlash accumulates very quickly. As an analogue suitable mechanism from the car Daewoo Nexia. The problem is complemented by the leakage of oil, whose replacement is made every 40-50 thousand km, otherwise solid fractions accumulate in the lower part of the gearbox, causing defects of the differential teeth. He pays close attention to the purchase, as slippage, traction jerks and welded fingers satellites lead to deformation of the structure. The check is performed by locking the front wheel and spinning the rear wheel, then the engine is muffled and the sound of the gearbox is checked.

In the robotic version of Easytronic, faults are added to the malfunction of the control system and low actuator life, which is 50-60 thousand km, costing 50 thousand rubles. There is a lack of a holding system on the rise, forcing the use of the handbrake.

For comparison, the 4-speed automatic transmission AF13, demonstrates good performance and with proper use, the claimed 300 thousand km quietly passes. Here, potential problems arise during long runs and races, being associated with the wear of the Forward drum, LHD linings, and the pollution of hydraulics. Competent operation of the Opel Corsa guarantees the service life of solenoids and friction clutches, up to the scheduled repair of the box in 200-250 thousand km of run. A prerequisite for successful work is the renewal of oil, which excludes high temperatures, drips, problems with the disks. Upon purchase, testing is performed using an endoscope.

Engine options and their features

Modification of the Opel Corsa D is completed with several types of engines, combined with a cast-iron body and a small format. The resource of 3-cylinder versions with a volume of 1 liter is 100-120 thousand km, 4-cylinder engines are 1.4 more durable and can travel 200 thousand km. The most powerful representative of the line is the 120-liter turbo engine. forces, the rest barely reach 90 liters. forces, or (if the equipment includes a phase rotation mechanism) - 101 l. forces 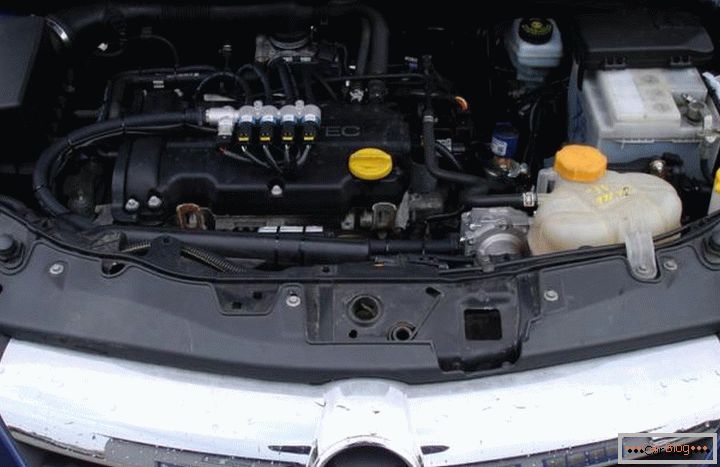 There were no significant problems behind the units, the average resource is 200-300 thousand km. Vulnerability is fogging due to the outdated crankcase ventilation mechanism. Weak seals reduce thermostat strength (A14NET, A14NEL with Astra J are a good analogue), contributing to the temperature regime of 85-90 degrees, which is convenient in summer, but in winter requires additional warm-up time. The lid of the expansion tank is changed every 5 years, you need to tighten it tightly, but not to the extreme. Repair of the entire range of engines is not associated with high costs.

In general, the compact and economical cars are presented to the attention of potential owners. Its small popularity is caused by the biased attitude of the Russians to small cars, and the image was strongly influenced by the difficulties with the box, electronics and suspension.

Despite the difficulties, the question of taking or not taking is not on the agenda. The car fully justifies its price, and in versions 1.2 and 1.4 liters, developers were able to eliminate fundamental problems. When buying with hands, the focus is on the condition of the body, electrical system, mechanics. 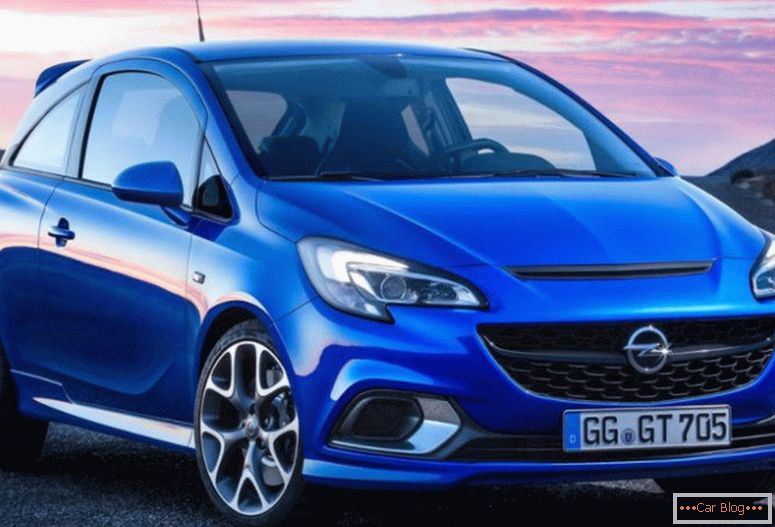 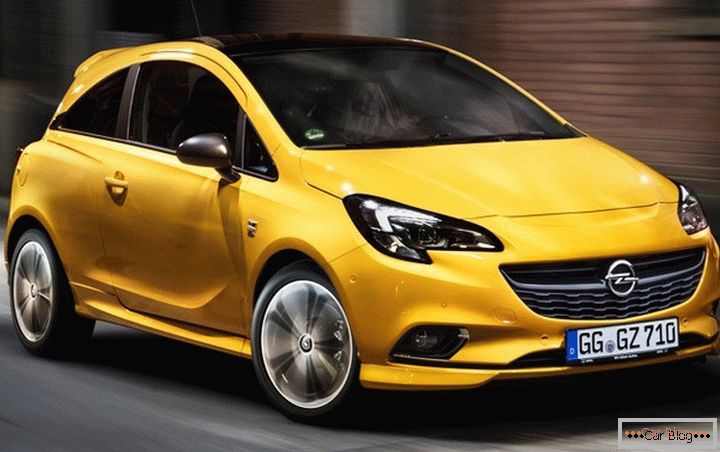 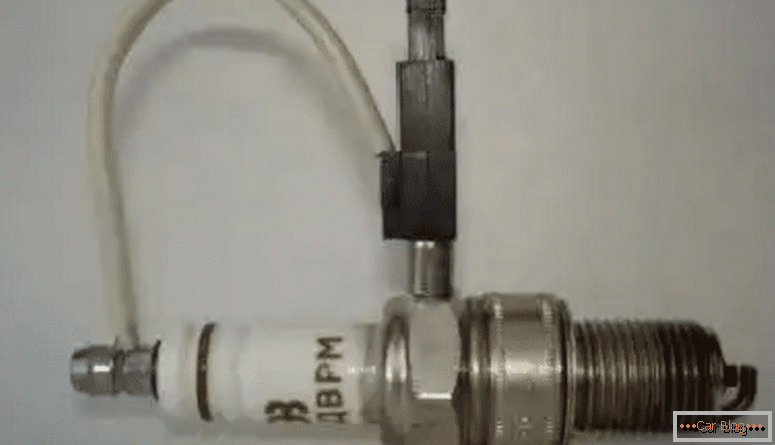 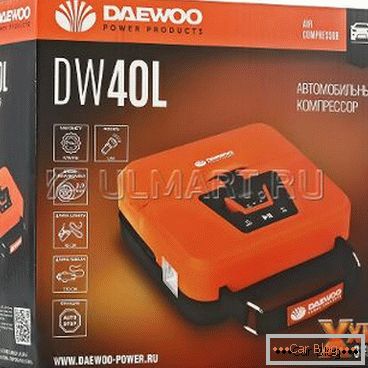