Mitsubishi pajero sport i: how to choose a live car

SUV Mitsubishi Pajero Sport 1st generation was on the assembly line for 11 years, was considered a shortened version of the Mitsubishi L200. Pajero and L200 are frame SUVs. Passability at Pajero is not worse than that of L200. The car is reliable and unpretentious, but after years some problems start to appear and now we will talk about them. 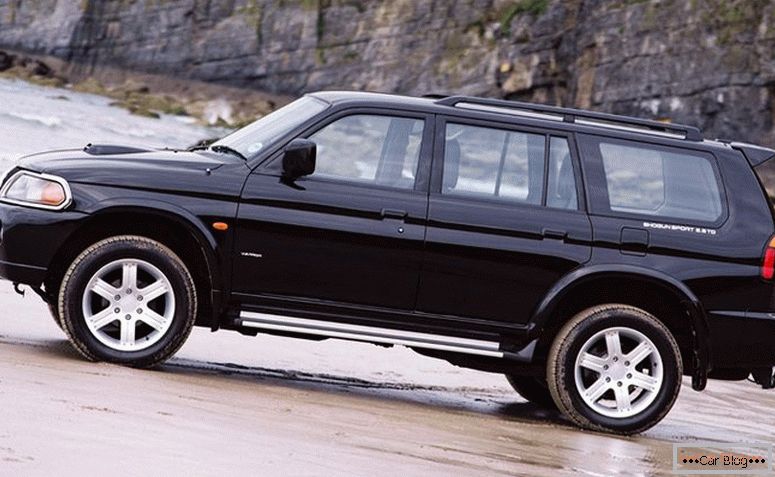 In Russia, most often you can find a 3-liter V6. There are no complaints to this motor, it is reliable thanks to the cast-iron block. Motor tyagovity, but it must be every 90 000 km. change the timing belt.

Over time, the engine management system may fail, but it can be repaired for little money. But more often, spark plugs, lambda sensors, temperature sensors, high-voltage wires can cause problems. But if you follow all this and periodically replace, then there will be no problems.

It is also necessary to look in order if the cooling system, to monitor whether there are leaks of fluid. It happens that the fan can refuse. But the radiators are rather weak, if the pressure in the system increases, they may be slightly inflated, and they quickly become polluted. Therefore, they have to be cleaned. 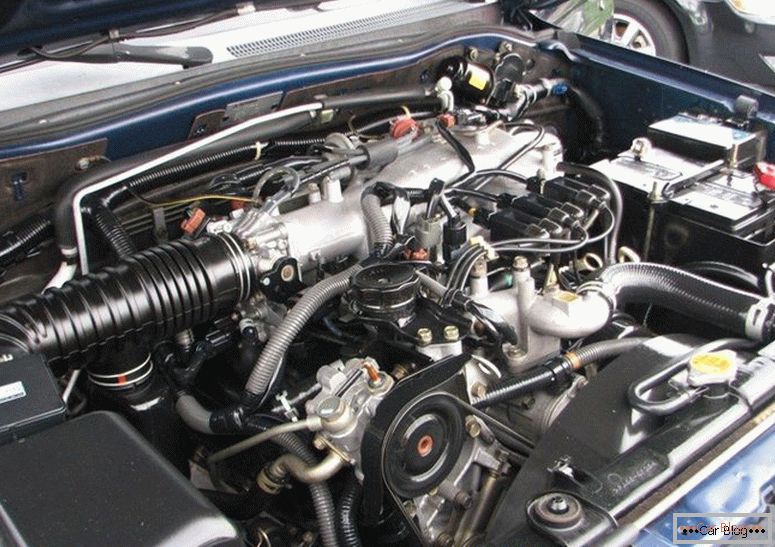 The car doesn’t eat too much oil, after 300,000 mileage it can eat up 0.5 liters per 1000 km. To reduce oil consumption, you can change the valve seals. By the way, this is not a big oil consumption, when compared with some German cars. The motor is still despite the increased oil consumption continues to work and even the catalysts calmly withstand.

As with any car - you need to check the oil level and keep it normal, then there will be no problems with the crankshaft and the engine as a whole. For this engine, it is necessary to pour oil with viscosity SAE40. And if the car is already 200,000 km away, then it is necessary to check the lifters and hydraulic tensioners. Also check whether the intake manifold is sealed. Candles must be in order and high-voltage wires. If there are problems with the ignition, then it will quickly disable catalysts that will cause a problem in the pistons, so you need to change the candles on time.

You also need to monitor the condition of the gaskets of the front cover of the cylinder block, so that there is no leakage of oil, which will accelerate the timing belt wear. It calmly serves 90,000 km., But the safety margin is enough for 120,000 km. And if it is in oil, it will fail much earlier. Gasoline engine is considered more reliable than diesel. 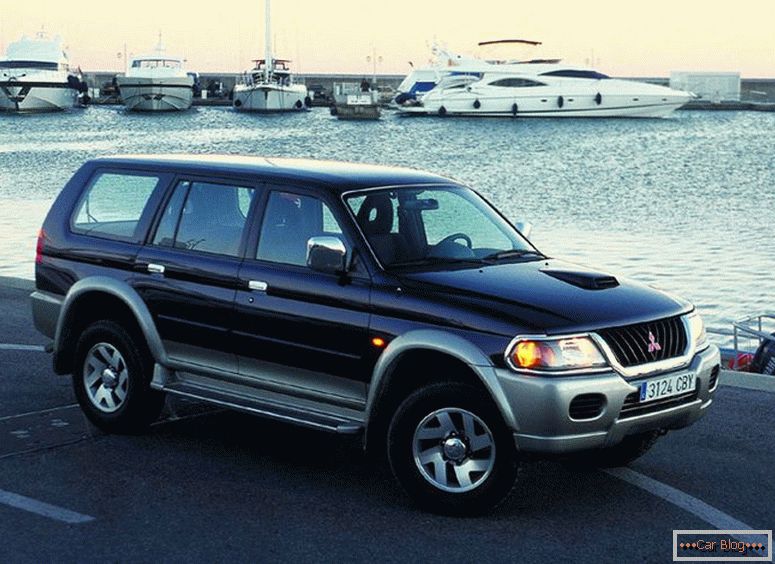 The design of the diesel engine is already outdated, if earlier it had a capacity of 70 liters. with., then it began to force up to 99 and up to 136 liters. with. And it does not withstand the loads, although it has high-quality execution. If you go quietly, the motor can serve 400 000 km. And if you only drive at a speed of 130 km / h for a few hours, this can lead to cracks in the cylinder head, as well as increase the pressure in the cooling system.

Recommended article: Toyota Camry: Does it have competitors?

On diesel engines of the first generation Pajero Sport, the injection system usually does not cause problems, and if malfunctions appear, they can easily be fixed, the price of spare parts for the injection system is not large, the injectors are inexpensive. But this applies to cars with low power. But on later diesel copies with a capacity of 136 liters. with. Everything will already be more expensive, and the fuel system is different, reliability is much lower.

In addition to the standard problems of diesel engines, there is a high probability of airing the pump, if the fuel system has become leaky. Also, the fuel tank becomes contaminated over time, which can interfere with the fuel supply. The main feature of this engine is that it does not have hydraulic lifters. 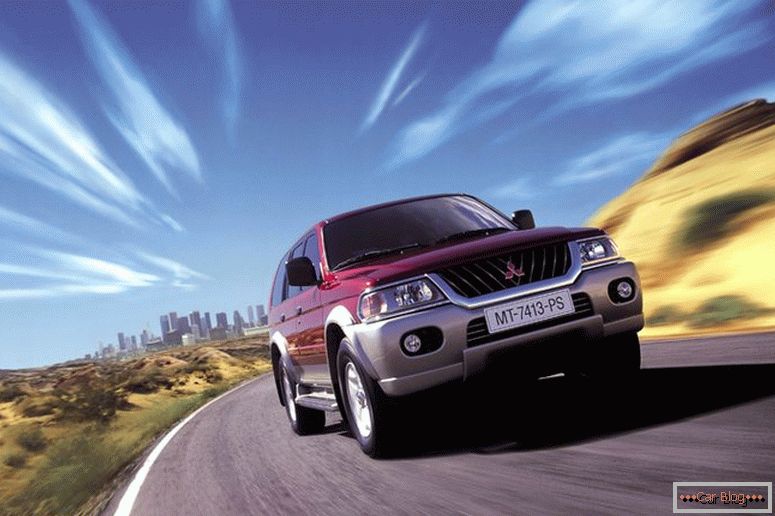 The valve actuator does not have a particularly successful design, so the gap becomes smaller with age, this leads to an increase in the temperature of the motor and the valve can crack, so that there are no problems - it is necessary every 50,000 km check clearances and adjust them if necessary. During repair, many are faced with the fact that the intercooler is located at the top, so it makes the car uncomfortable.

At the base of the engine is quite small power, this leads to the fact that you have to re-gas to the car accelerated faster. Those who have little power - do chip tuning using Westgate, and the power increases to 150 liters. with. no change in the firmware of the motor control unit. True smoke from the exhaust pipe will be more, and there may be cracks in the cylinder head. It is advisable to install EGT sensors to monitor the discharge temperature.

In addition to the 2.5-liter diesel engine, there is no other diesel engine, there is a diesel 2.8 in nature, but it is so rare that it cannot be found in the secondary market. Although it is stronger than 2.5-liter and more powerful. But for those who do not want gas, you will have to put up with the low power of the diesel. Moreover, the Pajero Sport of the 1st generation is not a racing car, but a type of working old horse for fishing or hunting trips. 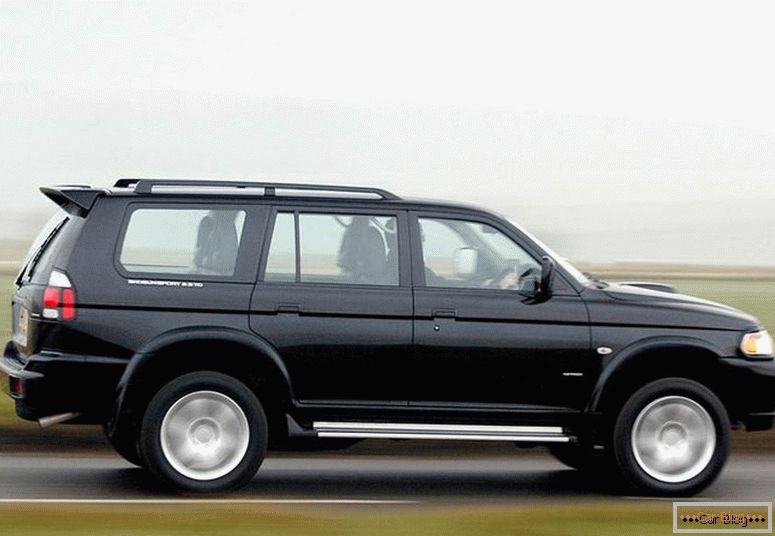 Let's start with the usual 4WD, it has a rigid front axle connection, an automatic pneumatic drive of the hubs. Such a transfer case is the most common on cars with left-hand drive. In America, such a car has a lot left, they were released until 2002. And on the European versions, this handout was installed on cars manufactured before 2008.

There is a rear wheel drive mode 2H, all-wheel drive mode, when the front axle is rigidly connected - 4H, and there is also a 4L mode - downshifts with a gear ratio of 1.9. The main problems are considered: the drive chain which is drawn out after a while, the bearings are buzzing and the pneumatics fails.

Pneumatic valves and sensors require the owner of such a car to constantly take care of cleaning and blowing these components. Very often, the four-wheel-drive light flashes on older copies. The price of the repair is not very high, it’s just that the service doesn’t particularly want to look for the cause of the breakdown and change the entire node entirely, but in fact it’s not difficult to find a problem in the unit with 2 solenoids and a vacuum tank. And there are almost no problems with the actuator.

There is also an unpleasant case with this transmission, when the control lever hub of the gearbox wears out in an automatic transmission, because it is not durable at all, but it can be inexpensively replaced. On a mechanical box, there is also such a problem. 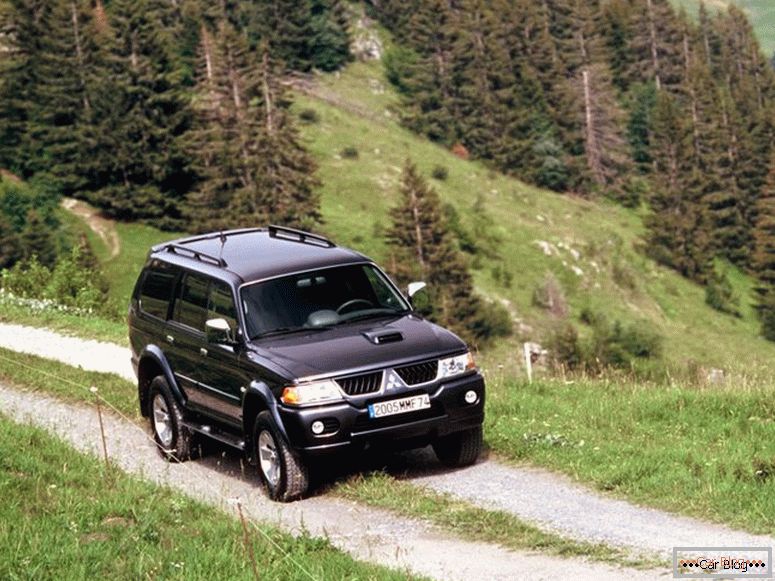 Also on many cars there is a factory forced pneumo-blocking rear transverse differential. Here everything is much more complicated: electrics, pneumatics and the mechanical part of the transfer case. But still, this is a rare equipment of the 1st generation Pajero Sport, so it’s better not to bother with it, it will be difficult and expensive to repair it in the event of a breakdown.

Many owners Pajero Sport 1st generation install a more advanced transmission with party-time, now at the disassembly you can find many such razdatok, they are called SS. To install such razdatku on the car with a manual box will have to make a driveshaft, the length of which will be 1020 mm. along the axes of crosses. But some masters manage to put the front gimbal from the version with the automatic gearbox, its length is equal to 1032 mm. In addition, the transfer case is fully suited from the 2nd generation Pajero with a 2.5-liter diesel engine. 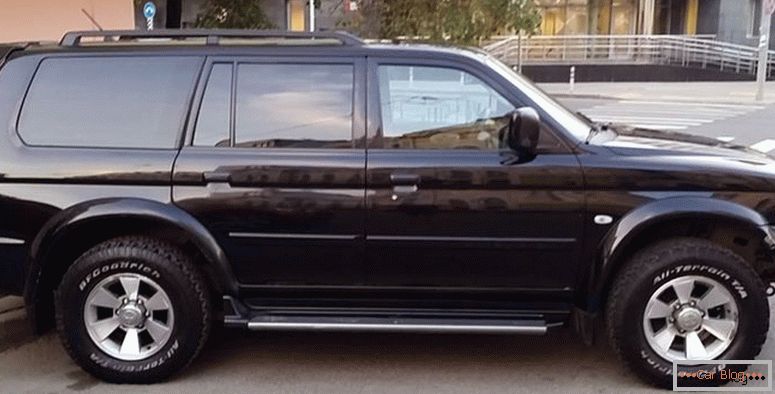 On cars produced after 2002, they have already begun to install AWD permanent all-wheel drive with a silicone clutch, which provides a soft, automatic locking of the differentials.

Cars for the American market after 2003, and only with such a transmission and produced. In America, the name Pajero Sport has been replaced by Montero Sport. There is no forced locking of the center differential, but in reality these machines are not worse in terms of terrain than the 4WD and SS versions. But on a very serious off-road, a little noticeable difference in favor of AWD.

This transmission is also reliable if you drive wisely. Approximately 180,000 km. serves lamellar chain. And if you sometimes change the oil in the transfer case, then the entire mechanical part will last even longer. Usually the front CV joint, cardan shafts, silent blocks for handouts and bridges can cause problems to their owners. You also need to follow the system that controls all-wheel drive. At the time of purchase, it is necessary to pay attention to these nodes. 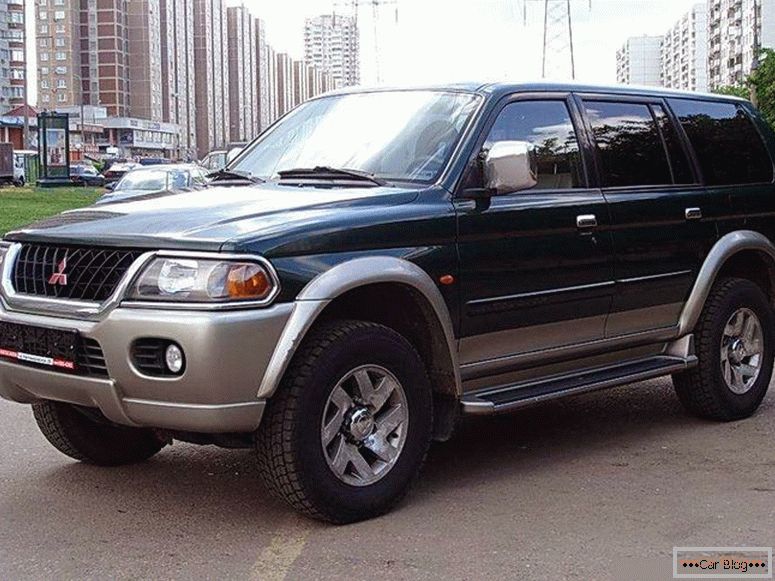 It is better to take a car with a manual gearbox, because there are almost no problems with it. The truth sometimes have to change the clutch and dual-mass flywheels on diesel trim levels. By the way, the V4A51 series automatic transmission and the rarer 5-mortar V5A51, which stands on 3.5-liter Americans, are the most successful and reliable gearboxes.

Mileage 200,000 km. without any problems, there are even cases when such automatic boxes are 400,000 km each. served without repair. It all depends on the operation of the car. If hard to operate the machine, then the rotational speed sensors may fail. Clutches also serve at least 200,000 km., Which is significantly more than on modern automatic transmissions. So, was a reliable design.

On cars sold in the Asian market, a 4-speed automatic Aisin 30-43LE was installed, which was installed in the famous Toyota Land Cruiser of different years of release. This box is also reliable and more unpretentious, and if used carefully, then 500,000 km. for her is not the limit.

In the end, what equipment is better to buy?

It is better to buy a car that drove around the city most of the time, then its suspension will be more intact. It is better to take a car with a gasoline engine, it is more reliable, so it does not require repair costs, the main thing is just to change the timing belt and oil in time. With the transmission there may be malfunctions and they will require quite a lot of money to eliminate. 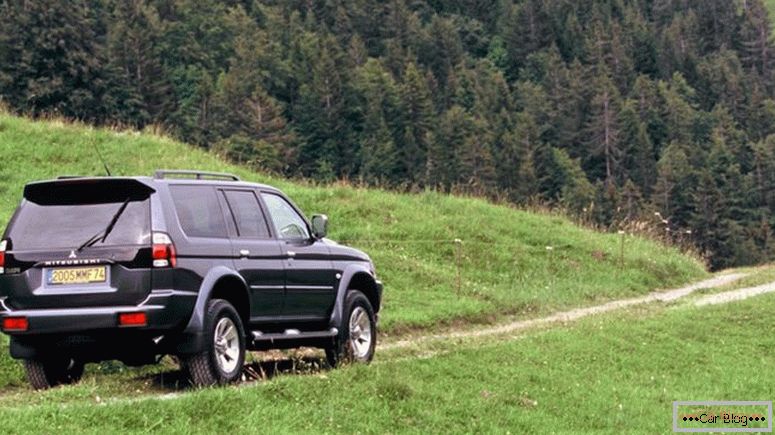 Those who plan to drive around the city or on a normal road most of the time, it’s better to take a car with AWD permanent all-wheel drive, its handling is the same as on a passenger car - these are cars from the American market released after 2003 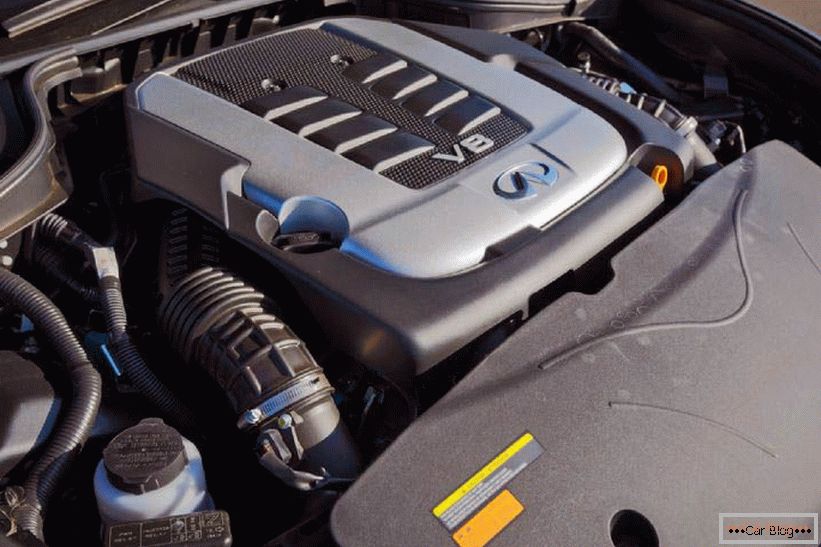 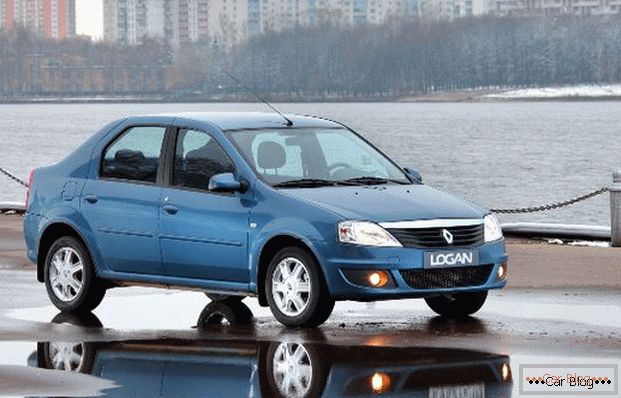 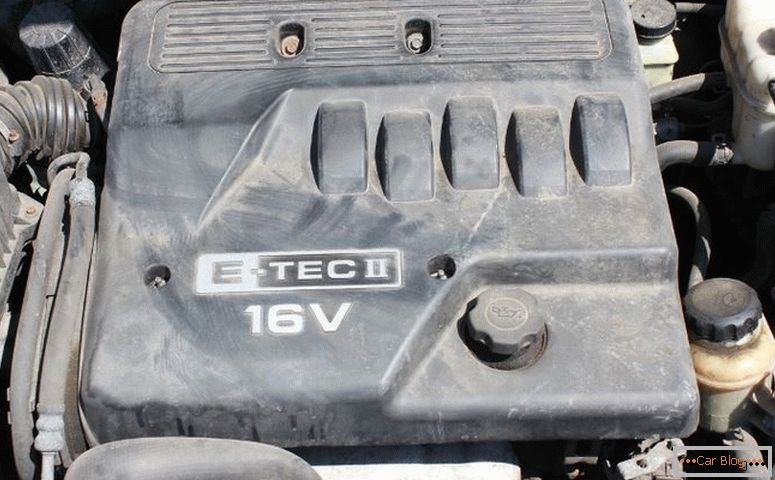