The South Korean car manufacturer Hyundai has released a new version of the Santa Fe car, making it more modern, this is no accident, because the name of the Hyundai company in Russian means Modernity. 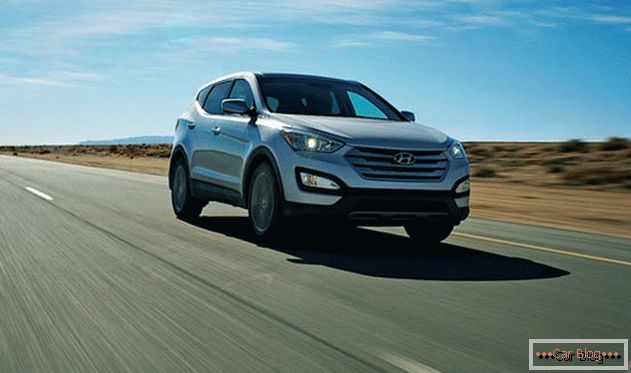 The quite popular Santa Fe model, which sells well in the CIS countries, receives a lot of positive feedback from experts and buyers, it has now become even better, having received a modern modification.

Photo Hyundai Santa Fe 2013 began to appear on the network long before the official release and forced many to reconsider their opinion about the design of Korean cars.

Korean craftsmen decided to build a "daring but beautiful" car and they succeeded. Hyundai Santa Fe 2013 turned out quite stylish and slightly "predatory", it does not look like its main competitors. In addition, the new Sanda Fe was well received by both conservative car enthusiasts and the younger generation. 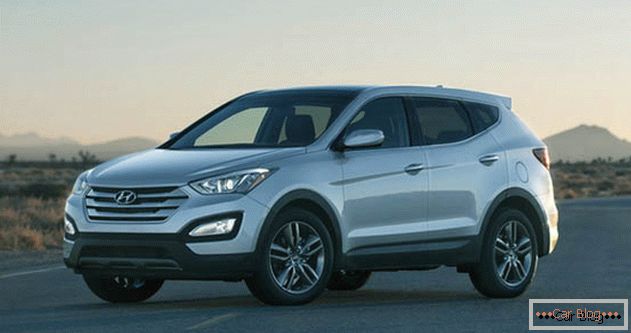 In addition to the exterior of the car, the latest generation of Hyundai crossover pleases with magnificent transmission and engine.

The first who saw the new Santa Fe - visitors to the exhibition in New York in the spring of 2012. The Americans who visited this exhibition left their positive feedback on the new car. There was also an exhibition at the Moscow Motor Show, where Europeans and Russians have already managed to evaluate the new Santa Fe. And in the fall of 2012, the Santa Fe version with an extended wheelbase was presented at an exhibition in Los Angeles.

What has improved in the new Hyundai Santa Fe?

In the new Hyundai Santa Fe, it became more comfortable to sit in the cabin, more space was added to the legs, and the luggage compartment volume increased. The Santa Fe 2013 crossover has begun to look more impressive thanks to its grille and headlight shape. 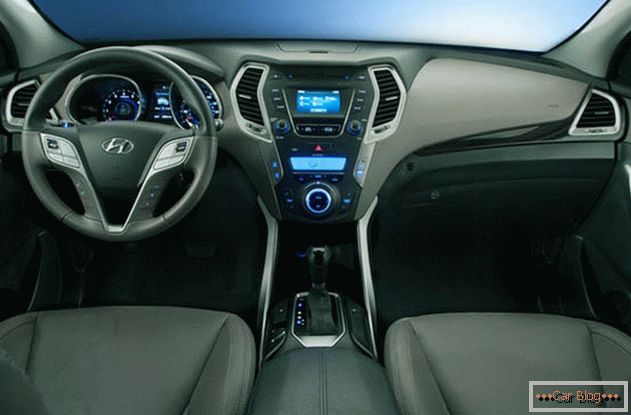 Options Hyundai Santa Fe 2013 is diverse. A huge choice among engines of different capacities and transmissions for every taste. Auto represented on the world market in 12 trim levels. The basic model of Santa Fe is front-wheel drive and is equipped with a 6-speed manual transmission and engine, with a capacity of 175 hp, the volume of which is 2.4 liters. All modifications include 2 front-wheel drive and 10 all-wheel drive versions. Also, in 7 versions, gasoline engines are used, in the remaining 5 - diesel, with a capacity of 197 horsepower. 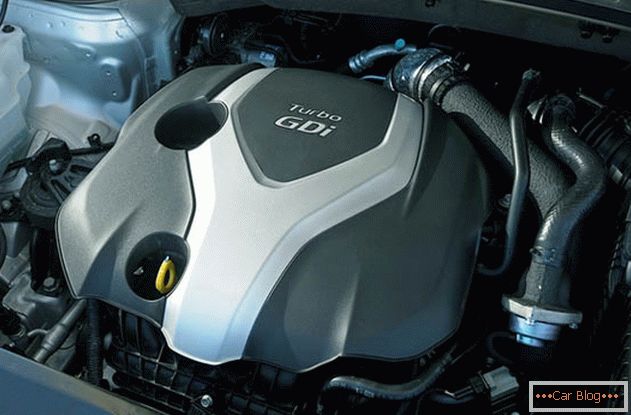 Hyundai Santa Fe 2013 seven-seater and in Russia it is already sold from mid-2013. The Russians speak well of the technical characteristics of the new car and the appearance of the Hendai Santa Fe. According to many drivers, the car turned out really masculine. 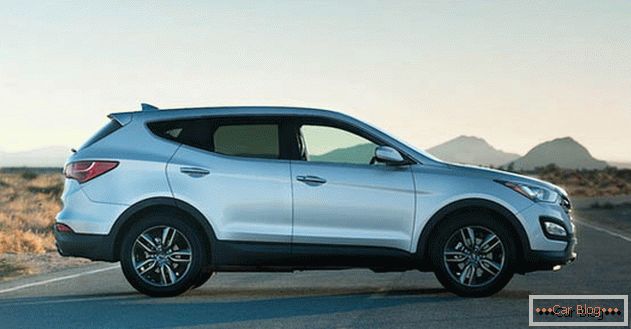 If we talk about fuel consumption, then as practice shows, the diesel engine with an automatic transmission was more economical than the petrol version. On the highway, the fuel consumption of the version with a gun is 5.4 liters, the city will have no more than 9, but the gasoline engine with a manual gearbox eats 12.3 liters per 100 km. in city mode.

This car is very impressive amount of luggage. If you fold the rear seats, it becomes almost 2 times larger. Therefore, for fans of country travel or serious shopping tours, Hyundai Santa Fe 2013 will be just a godsend. 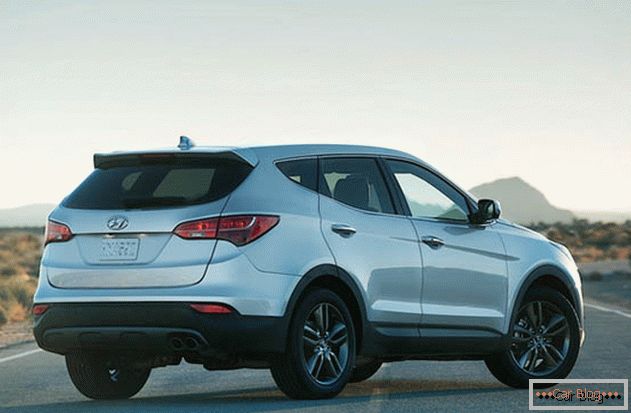 By the way, the top-of-the-line version of Santa Fe cannot but rejoice: here and the electric drive of the hatch, all-leather interior, seats with electronic adjustment. The instrument panel is equipped with high-quality TFT-display. In addition, there is a multimedia complex, navigation and other handy chips on the display of 7 inches. The audio system in Santa Fe 2013 is also at a high level - powerful acoustics. The top version also pleases with xenon headlights, 19-inch wheels, chrome grille and many others.

Santa Fe 2013 in the class of crossovers stubbornly competes with Kia Sorrento from South Korea, the test results show that Santa Fe is almost as good as Sorrento. And the price of Sorrento is slightly higher and it is available only with all-wheel drive.

The long version of Santa Fe 2013 successfully replaced the fairly popular ix55, which sold well in Russia. Many experts believed that due to the high cost of the new car will be met coldly, but the excellent technical characteristics and modern design made the new Santa Fe no less popular in the CIS market.

And finally, a video test drive about the new Hyundai Santa Fe 2013: 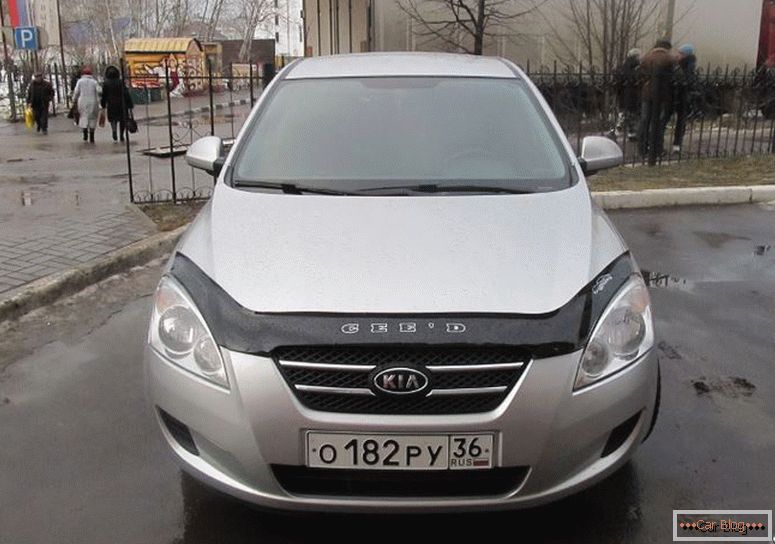 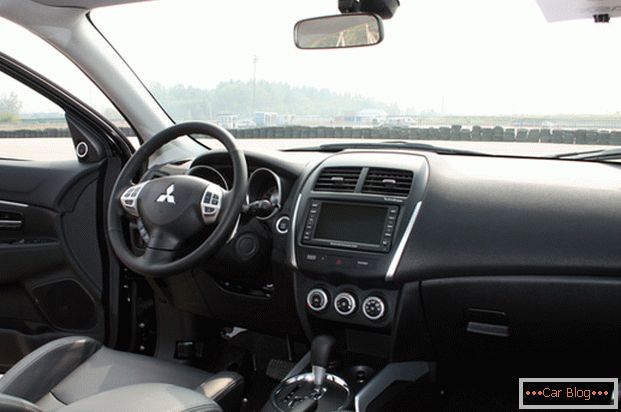 Which car is better: skoda yeti or mitsubishi asx

How to talk with gai officers