The current rules of the road help to solve many situations. A special place is reserved for roundabouts. Such areas are regulated by certain signs. Each driver is obliged to know how to behave when leaving the roundabout, the rules for driving on which are described in the SDA. It is necessary not only to drive the ring correctly, but also to leave it correctly.

How to determine the presence of a special intersection

Before, to disassemble the passage of roundabouts, it is necessary to clarify what it is. Such sections of the road include crossroads in the form of islands, the movement of which is carried out exclusively counter-clockwise in our country. Circular riding takes place before the vehicle leaves the ring.

On the ring it is not customary to put traffic lights, but there are exceptions. Road infrastructure in such situations are signs (information, prohibiting, priority, etc.) and marking. It is worth informing about other actions of the movement on this segment by means of timely turning on the turn signals. This is especially important to do when rebuilding from one row to another and the congress. 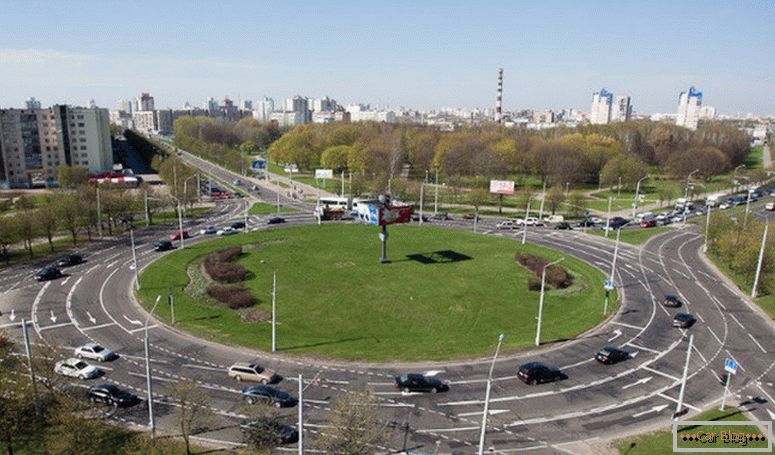 There is no separate point in the traffic regulations governing the relationship of road users in such a situation. There is only paragraph 13.9, describing the entrance to the ring for two situations: whether it is the main or secondary in relation to the adjacent segment. The main idea of ​​the clause is that traffic on the ring rules traffic rules govern signs, so first of all it is necessary to be guided by them.

Important! The sign of a circular motion is often supplemented by an inverted triangle "Give way", in this case, the priority of movement is established.

We occupy the lane at the entrance

Proper maneuver begins with the correct entry on the ring. Drivers with little experience are lost in a similar situation, and seasoned motorists are guided by the old Soviet rule, which is not entirely correct. According to past regulations, it was recommended to get into the ring from the left row. Often, teachers in driving schools are advised to do it that way. 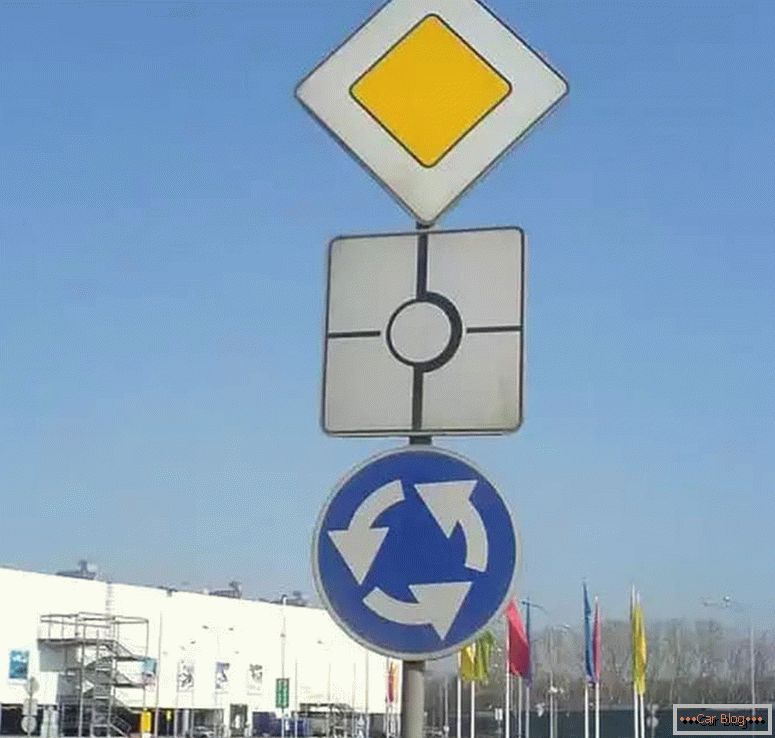 However, the passage of a roundabout under the new rules suggests a different interpretation. It is described in paragraph 8.5, where for left or right turn, and also a turn, it is necessary to occupy an extreme position, in accordance with the side of the maneuver. Exceptions include roundabouts. Accordingly, in the current conditions, the rules for driving the rings allow them to enter from any lane.

You should always remember about the right exit, so if there are several lanes on the circle, the right side should be occupied only if you need to turn to the nearest adjacent road. If it is intended to take the second road, it is recommended to re-arrange the vehicle in the second left lane. When the congress is further, then without any problems, occupy the presence of a third internal row. He is usually the freest. Then you will need to restructure closer to the exit.

See also: What is different from CASCO OSAGO

The rules for driving roundabouts do not sufficiently clearly regulate the use of informativeness of the driver to turn the turn signals. Someone blinks the right, someone uses the left, but it is not always possible to correctly interpret such signals to the surrounding drivers.

When arriving at the ring it would be more correct to use the right turn signal. In fact, in this case, the intersection rule. The driver turns the steering wheel to the right, the wheels turn in the same direction, therefore it is necessary to signal in that direction. When rebuilding on the ring itself between the rows, turn signals are used in appropriate directions.

Do not abuse the passage of the ring only in the right lane. Unknowingly, many novice drivers take this part of the journey, creating unwanted obstacles to other road users. In connection with the choice of the wrong situation accidents occur.

The right exit to the adjacent road

According to the established rules of the road, it is prescribed in p.8.5 to occupy an extreme position on the road before making a turn to one of the sides. Guided by such an algorithm, leaving the ring is possible without disturbing under normal conditions only from the right lane.

It is necessary to take into account that certain exceptions are allowed, which are reflected in established road signs and markings on asphalt. In the latter case, all sorts of arrows are often used to allow the exit of the ring from two lanes.

This approach can be used for large-scale interchanges. Information signs and the sign “Roundabout”, traffic rules, who is in charge in this case, will come out of the existing priority signs in front of the vehicle.

Drivers who violate the rules of the Congress from the ring, subjected to an emergency situation of all road users. An administrative penalty is imposed for such actions.

How to drive a roundabout right

In large cities, a combination of signs of circular arrows and the “Give way” sign of paragraph 2.1 is encountered before passing through the ring. In such a situation, the main direction of movement in a circular area is indicated. Features of this place are in the following factors:

See also: Rules for the transport of children in the front seat

These road areas often cause difficulties when passing by drivers with little experience. Often for help these intersections are equipped with traffic lights.

If a violation of a circular area is recorded by a traffic police officer or by other means of fixation, the driver faces a fine. The total amount depends on the degree of guilt of the car owner. For example, the neglect of traffic light signals, regulating the passage, will cost 1000 rubles.

Repeated the same violation during the year entails a financial punishment of 5,000 rubles. In addition, the driver can withdraw the certificate for a period of up to 6 months. What preventive measure to choose in this situation will be decided by the court. Punishment will follow in such cases:

For the fact that the driver did not follow the provision of the benefits of traffic, the amount of the fine will be 1000 rubles. This applies even to those cases when there are no signs, and it is necessary to be guided exclusively by the current rules of traffic regulations.

Moving the circle in the opposite direction can deprive the driver of his rights. It is necessary to strictly follow the direction even in the case when there may be no obstacles on the ring.

Parking in the wrong place is fined in the amount of 500 rubles. There are no exceptions for the ring.

An objective assessment of the current situation on the road is the key to a trouble-free crossing of the ring. If the traffic regulations are observed, both fines and possible accidents can be avoided. 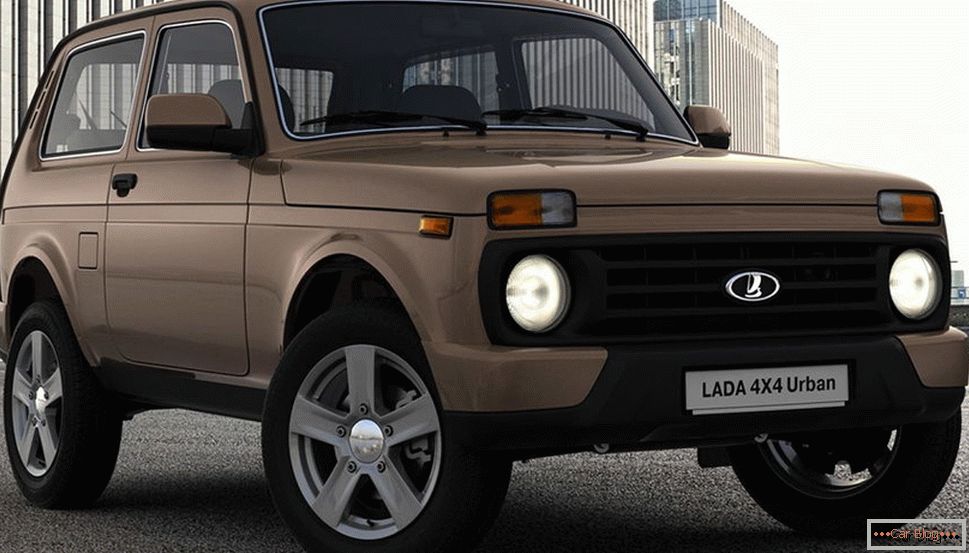 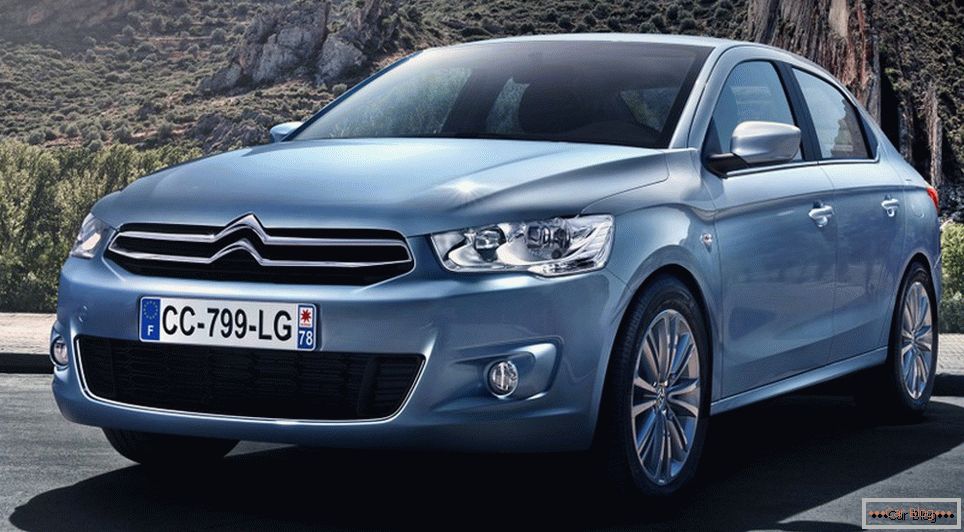 The french are going to sell their "yolki" russians over the 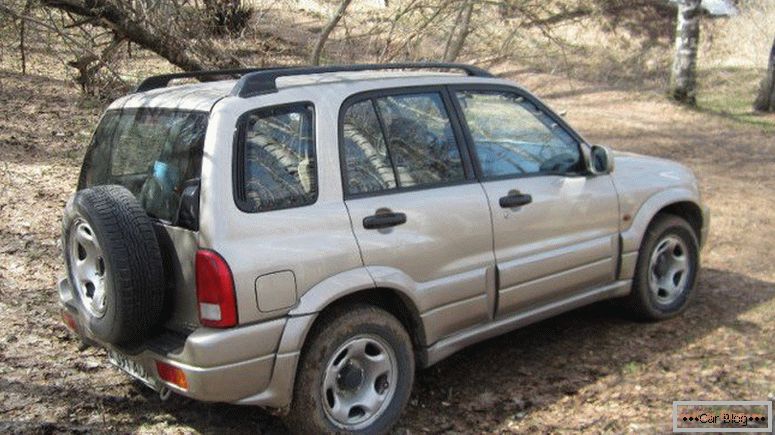 What does speed index and tire load index mean?

Which additive for diesel fuel to choose?