A significant increase in the number of vehicles in modern cities is forcing traffic inspectors to apply the most stringent measures to adjust traffic. One of the ways is the active introduction of prohibition signs, which include a sign that prohibits stopping.

This adjustment item is more stringent than the parking ban informant. The severity lies in the fact that the road rules do not provide for the possibility for an ordinary driver, even for a short period of parking in the established area of ​​coverage. 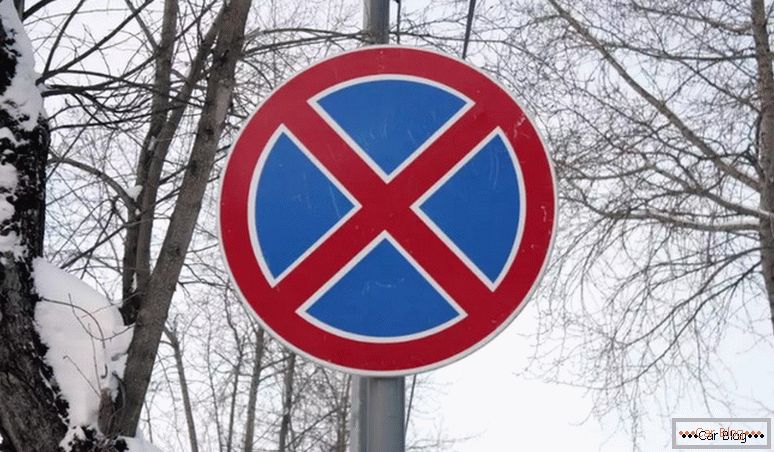 Road signs prohibiting a stop are circular with a blue background. The perimeter border is marked with a red line, and inside are red crossed out crosswise across the diameter of the line. The presence of this construction on the sidelines prohibits parking in front of the pointer and behind it for the duration of its operation. This design has been standardized since the 70s of the last century. The visual image allows a car owner to notice a bright spot from afar and have time to restructure for maneuver.

On many photos of the “Stop prohibited” sign, there are additional information blocks. They are located below the main circle and decipher in detail some of the features:

The main reason for the installation of such symbols is to reduce the accident rate on the current track. However, many motorists are interested in the question of whether it is possible to stop under the sign "Stop is prohibited." After all, there are unforeseen circumstances that imply extraordinary decision measures. Rules of the road allowed this maneuver, but it is assumed that it is possible in case of emergency. Exceptions are listed in the following clauses:

If it is determined whether it is possible to disembark the passenger under the sign “Stop is prohibited”, then according to the current rules it is not allowed. Even if there was a forced stop, it is necessary to set a sign at the appropriate distance and turn on the alarm in the car.

According to the current standards established in the legislation, the zone of “Stop prohibited” sign begins from the installation point of the column with this designation. The end of such an interval can be the nearest intersection or a pointer to the end of all restrictions (a round white sign with several thin black stripes drawn at an angle). After passing such a pointer, the car owner can safely park his vehicle if there are no other restrictions on the current traffic rules.

See also: How to challenge the penalty for parking in the wrong place

If there is a sign with a sign indicating a certain length in meters, for example, 50 m, 100 m or 500 m, the “Stop prohibited” sign ends after the passage of the specified distance. It is enough to measure the forbidden interval and set your vehicle.

Important! Below the prohibition sign, there may be a vertical arrow pointing down. It means the end of the road gap, which can not be parked.

In certain areas, a yellow strip is provided on the right edge of the road. It prolongs the effect of the sign over its entire length. 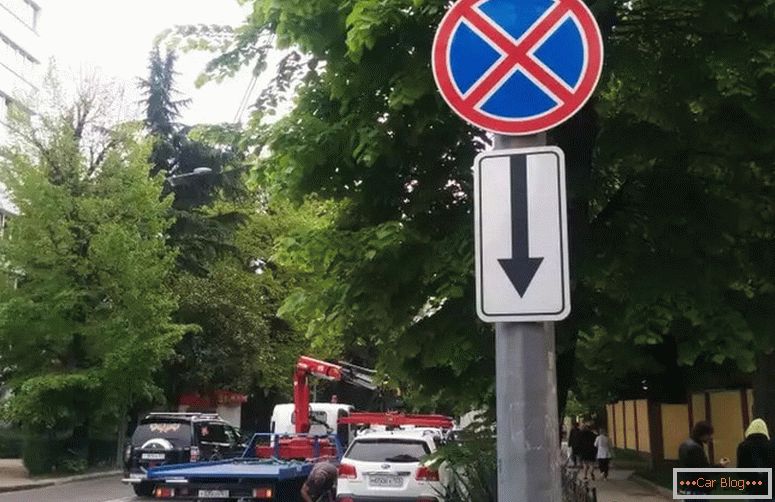 It is not always unequivocally interpreted by drivers that they have a road pocket in a section with a prohibited stop. Some motorists use this road formation for their intended purpose, leaving their car in it. However, the inspector has the right to punish such an action, because the priority according to the rules is a road sign, not a marking. As an exception, the driver can go there for an emergency emergency stop with observance of further actions (switching on the emergency gang and installing the sign).

Prohibited areas for parking and stopping

The legislation establishes and establishes in the Rules of the Road road sections where it is absolutely not allowed to stop. This can not be done not only because of a legal ban, but also because the action can be dangerous to the health and life of the driver and passengers. 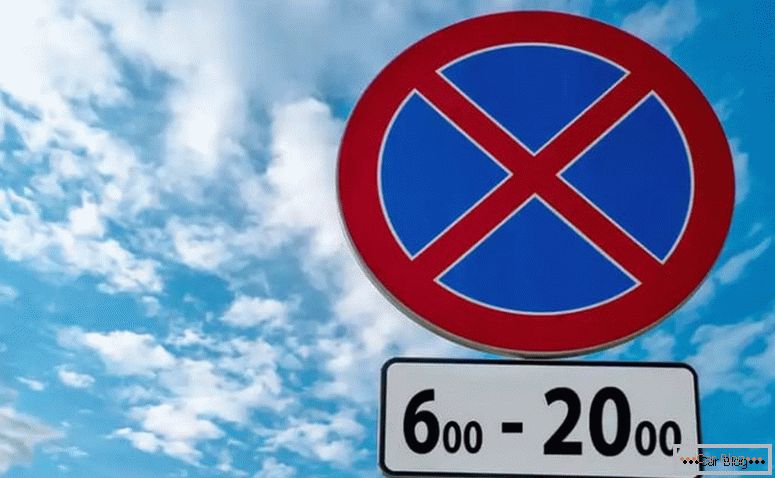 An exhaustive list is specified in paragraph 12.4 of the current traffic rules. These segments include:

Important! Under the ban on parking falls parking or stopping cars on the roads for cars or highways.

In these cases, you can stop the car only in the designated place on the equipped site. Only an unforeseen stop is allowed on the side of the road or on the asphalted road section.

See also: How many meters to the pedestrian crossing is parking allowed 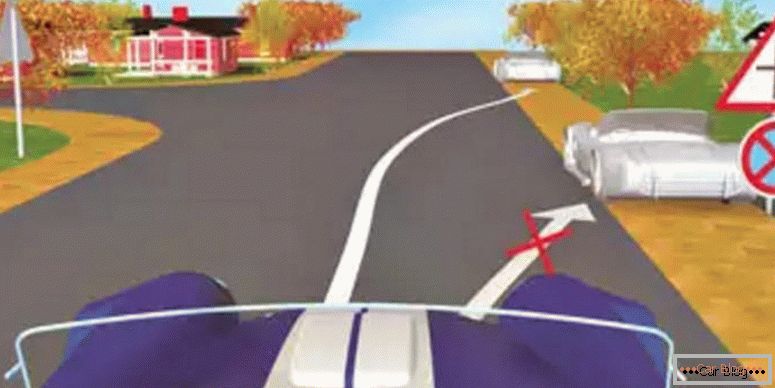 The prohibition of parking, but the possibility of stopping, allows paragraph 12.5. It includes two sub-clauses:

Conscientious drivers seek to follow the rules of the road as clearly as possible. However, in some situations, violations of existing regulations occur. Administrative liability in the form of a fine is provided for such acts.

The amount of payment will be 500 rubles for most regions. In cities of federal significance, 2500 rubles will have to be paid. In the case of taking a seat for the disabled, the amount of punishment increases to 3000-5000 rubles. When, by its position, the car creates a hindrance to other vehicles or creates a dangerous situation, the car owner will have to give 2,000 rubles. At a stop in places of federal value, the fine will be 2500-3000 rubles.

The punishment is not imposed in the event that any important units or systems of the car are out of order. But in this case it is necessary to inform the rest of the drivers with the included "emergency gang" and the presence of a sign accordingly. 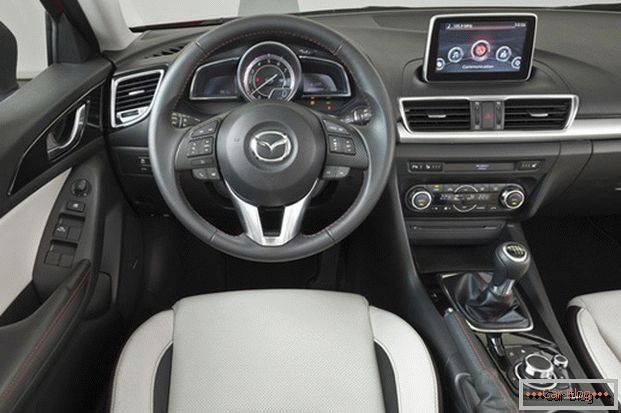 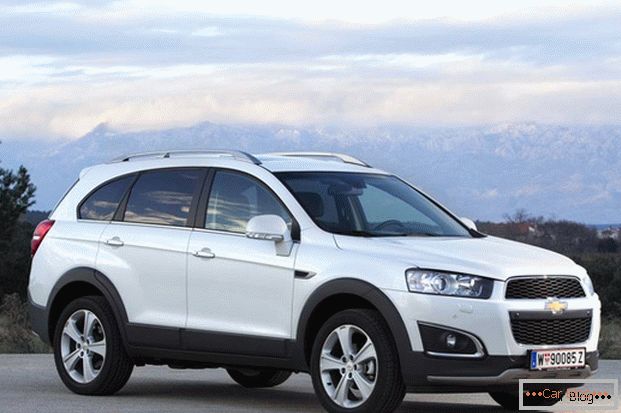 The optimal car for the active citizen: chevrolet captiva

What to choose: nissan qashqai, subaru xv and kia sportage