The Russian authorities have begun to restore order with parking spaces. The main lever for restoring order was an increased penalty for improper parking. This measure, according to the country's leaders, should be decisive in combating the often chaotic arrangement of parked cars on lawns, sidewalks or second row.

Since transport traffic in cities of federal significance is higher than in the provinces, the demand for non-compliance with traffic regulations also increased proportionally. Such a measure should affect the consciousness of citizens and improve the culture of driving on the roads of the country.

According to the Code of Administrative Violations, ignoring the markings and installed signs that explain to the driver the rules or the possibility of parking / stopping in the desired area may entail serious financial punishment in 1500 rubles.

To a lesser extent, “lucky” drivers in Moscow and St. Petersburg, as their cities belong to the settlements of federal significance, and this means that there will be a fine 2 times higher than other cities, which will be 3000 rubles. 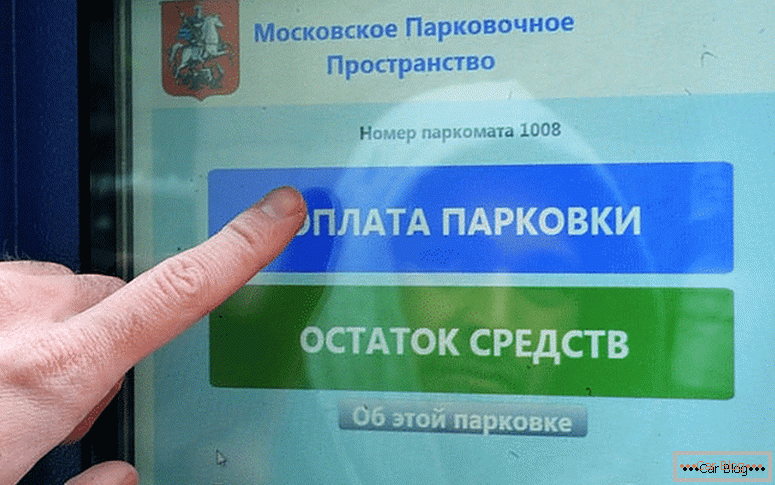 Those who do not want to pay a parking fee in the wrong place, but at the same time tend to hide their numbers or otherwise prevent payment, will also be subject to strict measures. The reason is anti-terrorism legislation.

Under this law, the car is allowed to evacuate from the place of its identification. The driver will be able to return it later, but for calling a tow truck you will have to pay up to 5,000 rubles, plus a penalty for parking in the wrong place.

Places for cars for people with disabilities

You need to know that if there is a sign indicating a driver with disabilities, supporting documents must be submitted to the road inspection officer. 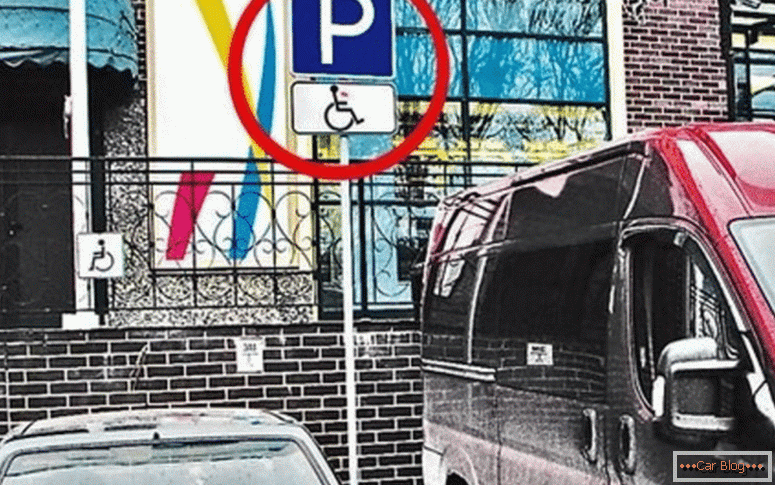 One sticker on the car in this case will be small. A disability certificate and driver's license are required. Often, even the presence of stickers does not matter, as law enforcement officers now have the opportunity to check on the network whether a car is listed as disabled. If this is not true, then an administrative penalty will also be issued.

Unauthorized parking on the sidewalk

In the network you can find a large number of videos, in which activists are struggling with careless drivers who drove onto the sidewalk. The Code of Administrative Violations contains explanations on this matter and implies a fine for parking on the sidewalk.

See also: Where to complain about the wrong parked car

Article 12.9 of Part 3 speaks about banning parking of a car closer than 5 meters to a pedestrian crossing or on it except in situations with a forced stop. Also, the punishment will be for the driver, who drove his car on the sidewalk. This is all punishable by a sum of 1000 rubles. It is forbidden even by one wheel to enter the pedestrian zone or curb / curb for parking. 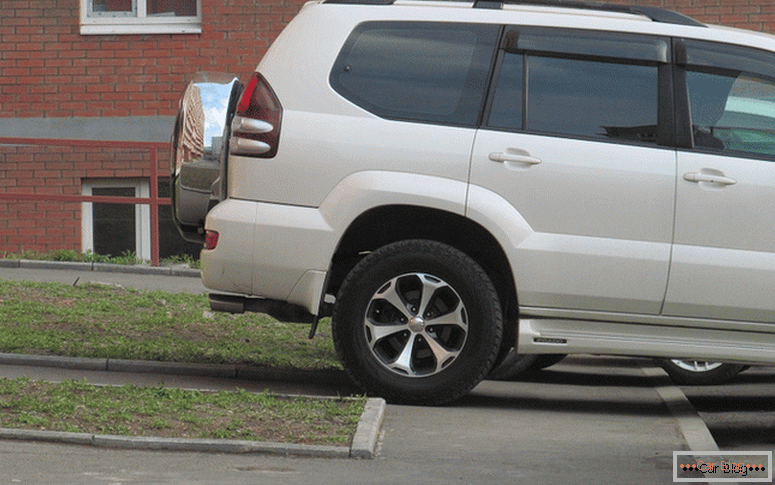 For this rule there are exceptions in the form of cities of federal significance. There you need to give 3000 rubles for such violations.

It is also not necessary to go on the sidewalk in search of parking, since driving through this territory will cost the driver 2,000 rubles, as well as driving along bicycle paths.

On the wide streets of megacities there are situations when the rightmost row is almost completely occupied by parked vehicles. Frivolous drivers looking for temporary parking lock one or two cars, joining the next row. 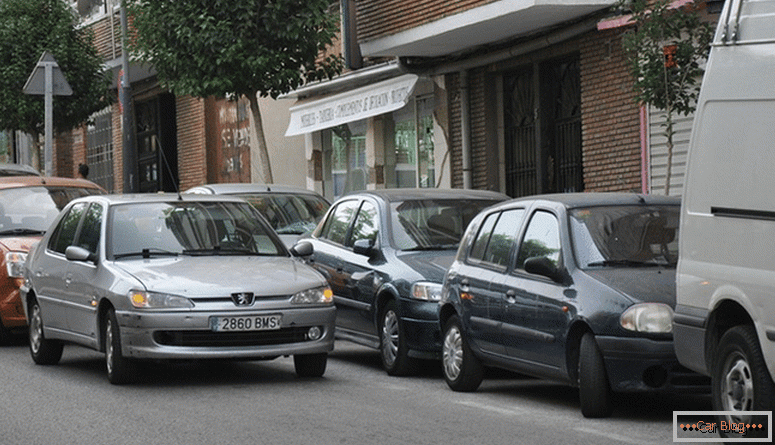 For such actions there is an administrative penalty of 2,000 rubles. In this case, the car-intruder, as a blocking passage, can legally pick up a tow truck. Then you will need to pay for it.

If the car on the lawn

The rules of the road do not specify a clear concept of a lawn. There is no such legal term. However, a penalty for parking on a lawn for motorists is provided. The interpretation of this concept in different regions is chosen to your taste. The most commonly used formulation that provides for the damage or damage to green space.

You need to know that the penalty for hitting a lawn is different for individuals and legal entities.

For the driver on his own car damage to the lawn will cost 3-5 thousand rubles. Legal entities can punish up to 250 thousand rubles, depending on the “appetites” of local lawmakers.

Do not forget that there are also fines for parking at a bus stop of public transport, buses or minibuses. Parking in such areas is governed by the Administrative Code and its article 12.19 hours. 3.1. The driver of the car will pay 3000 rubles.

If the car will stand in the 15-meter zone to / before the stop, the penalty will be 1000 rubles. The exception is the process of disembarking / disembarking passengers.

Problem parking in the courtyards of apartment buildings

Employees of the traffic police, together with the tenants of the house, almost equally can punish motorists for improper parking in the yard. Under paragraph 17.4 of the rules of the road there are restrictions for car drivers:

See also: What will happen if fled from the accident scene 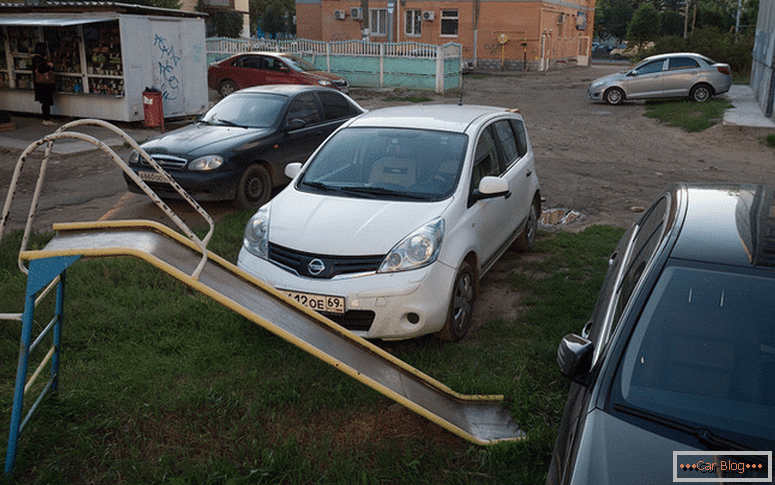 In the provinces, the driver will get off with a fine of 1,500 rubles, and for the capitals it is necessary to prepare 3,000 rubles. It is also necessary to observe the speed limit up to 20 km / h there, in order not to get another fine.

Do not block the ambulance or fire truck entrances, aisles or other access roads. The punishment for individuals will be 1500-2000 rubles, and for legal entities the amount of the penalty for such parking can increase to 150 thousand rubles.

An additional penalty for the driver may be a car taken from a wrong parking place. After all, after that it will be necessary to pay for the call of a tow truck and the cost of idle time for a car on the penalty area. These amounts depend on the regions. 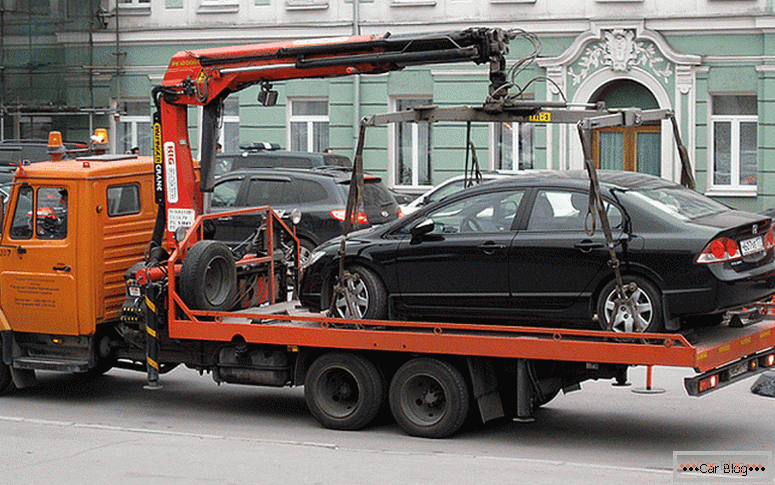 It is legal to avoid evacuation by removing the car from the wrong place, but the fine will still be discharged. Also, the car can still be returned before the tow truck is broken. However, the cost of a fine must be added to the cost of calling a special device.

According to the law, there is a punishment for drivers who have forgotten or deliberately avoided paying off for administrative violations. The actual penalty for unpaid parking is up to 2500 rubles.

Also, if the car left with a tow truck, then you need to prepare to pay in addition to the call of 5 thousand rubles a daily amount from the second day in the amount of 1 thousand rubles. If the penalty for non-payment of parking and other types of mandatory payments are not paid, then additional restrictions are imposed:

On appeal of the decision on punishment is given 10 days.

How to legally avoid punishment

There is an option when any driver has the right not to receive punishment for parking in an unauthorized place, even under the sign. This is given to him by the rules of the road. But the driver himself must be at the wheel of the car at this time. 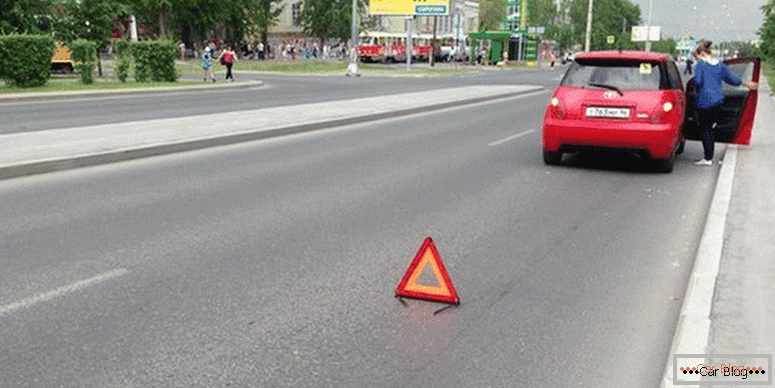 In the current traffic rules there is point 2.7, according to which it is forbidden to drive a vehicle in a painful or tired state. Observing the rules in part 7.1 in such a situation, the driver must place an emergency stop sign on any, including the restricted area, and turn on the emergency signal.

The driver who comes to the inspector provides information about his overworked condition and quotes the traffic regulations. It is advisable not to indicate to the law enforcement officer a painful condition as the cause, since the latter has the right to call an ambulance and conduct an examination. In the case of a simulation of the penalty can not be avoided.

Violating traffic rules in part of the parking lot becomes quite expensive. Especially in metropolitan cities with a large number of tow trucks. However, it is necessary to hope for an increase in at least paid parking spaces that will help solve the problem with an increasing number of cars. 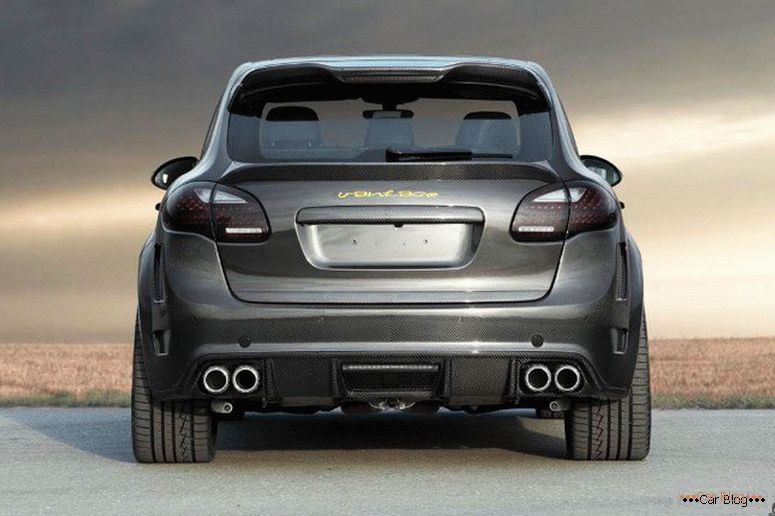 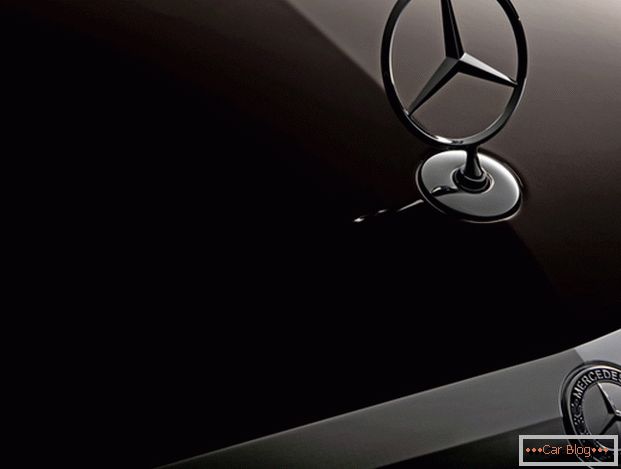 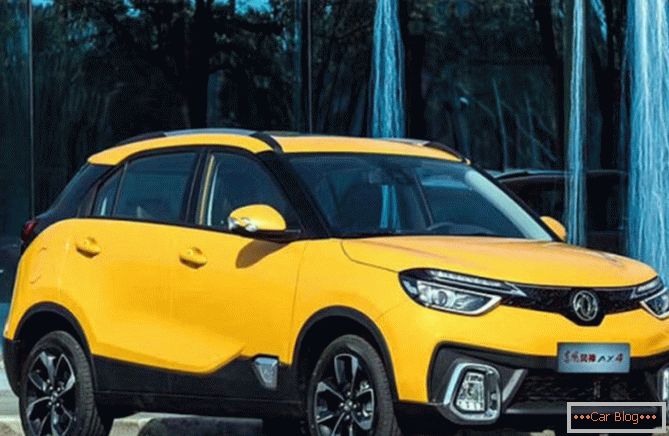 Rating of the most reliable cars sold in russia