One of the proven methods for diagnosing the performance of most car systems is audio monitoring. On the problems of the engine, you can often just hear after turning on the engine from the area of ​​the engine compartment. Most drivers do not worry if the lifters knock on the cold, especially when the undesirable effect disappears after warming up.

An unpleasant phenomenon can return on a warm engine. In this position, it is not recommended to ignore the problem, since it can lead to undesirable consequences in the near future.

Identify the cause of third-party noise

Hydrocompensators (GC) used in internal combustion engines contribute to the adjustment of the thermal gap in automatic mode. This structural solution helps to simplify the operation of the power plant. An additional advantage is the increased resource for the gas distribution system.

Experienced engine mechanics identify the following main reasons for the thumping of hydro-compensators: 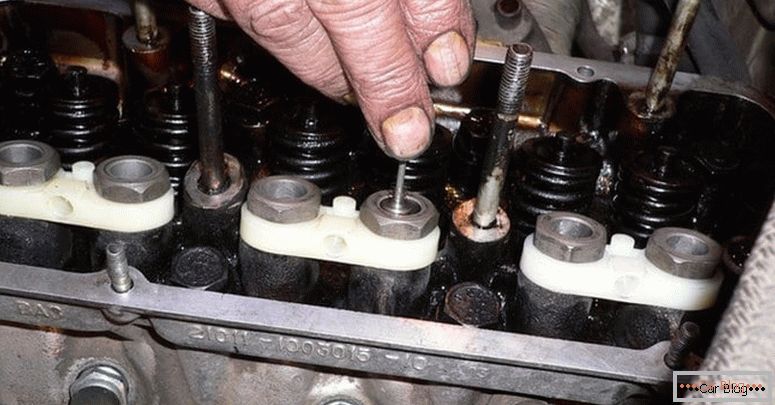 It is important to bear in mind that a decrease in the operation of the timing may be due to several negative reasons simultaneously.

Used in the engine GC function on the principle of a plunger pair, which interacts with engine oil. For a long period of operation, the metallic surfaces of the assembly in contact with each other are subjected to mechanical wear, which leads to the generation and other types of loss of geometric shape.

The resultant contaminants are capable of providing undesirable valve hang-ups that ensure the oil is sent to the compensators. It disables them. It is also possible seizure or absolute breakdown, the penetration of air into the system due to insufficient oil.

Drivers are often interested in whether the hydraulic lifters can knock because of the oil. The answer will be yes, because the quality of the lubricating motor fluid determines the performance characteristics, which include the parameters:

Breakage in the lubrication system leads to airing. Also, the penetration of air bubbles is associated with a reduced level of oil pressure in the channels. As a result, the presence of gas changes the possibility of compression. Air can also penetrate when the lubricant level overflows, which due to the increased volume foams with an oil pump, and can destroy the latter.

In such cases, the main characteristics of the working fluid are lost.

The appearance of unwanted noise "on the cold"

If the driver hears the sounds for a short time after the start of the motor, and then they disappear, then such phenomena are not usually attributed to negative factors or breakdowns. At the start-up period, the oil did not reach the operating temperature with the desired viscosity, and also the compensators are allowed a small output after a certain mileage of the car.

See also: How does Webasto work on diesel 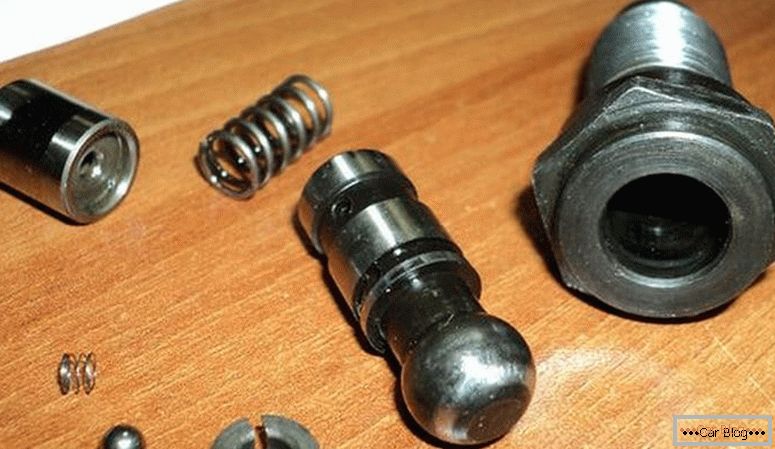 In a situation where the oil change was carried out recently, and on a cold engine there is a knock, it is worth checking not only the level of the liquid, but also its quality. Or, you need to switch to a higher quality product with clear performance characteristics guaranteed by the manufacturer.

Wait for the failure of the system with the Civil Code or jamming in the presence of a knock only on the cold engine is not worth it.

Launched lash: what to do?

In the process of diagnosis it is necessary to pay attention to the ability to hold pressure with a valve. Otherwise, oil will leak when the engine is off and an air bubble is formed. After the start, the oil volume displaces the gas, which helps to eliminate the effects of knocking, and exit to normal operating mode.

It usually takes several minutes to warm up and squeeze the air. Sometimes accelerating the elimination of unwanted sound helps gas acceleration pedal with an accelerator pedal, but it should be carried out only on a heated ICE, stopped for a short period.

It is important to know that in some cases, changing the oil grade to a more viscous one helps to get rid of the leaks, and in critical situations only the repair of the power plant or the complete replacement of the ledger saves.

A clogged channel for liquid lubricant is clogged by the occurrence of carbon deposits. Warming up the motor contributes to the dilution of dirt and sediment, after which the tapping will be removed. For such cases, experienced motorists use cleaner-reducing agents in the form of additives to the liquid.

Checking the oil filter when detecting a knock on a cold one will help determine the node's throughput. Only a low-viscosity well-heated fluid can penetrate through the clogged surface, so you have to wait for the engine to warm up. After this, the best oil passage and knockout elimination is ensured The system will be flushing or switching to a new type of oil.

The manifestation of negative noise "hot"

It is believed that the emergence of extraneous sounds from hydropushers after heating the internal combustion engine is a more dangerous factor. Noise may increase after an increase in temperature, as well as remain at idle or take place under load. The number of reasons will be considerable.

At the initial stage, you should make sure that the sound comes from the hydraulic compensators, because any working unit can be the source. Next is to determine which hydrojammer knocks, which will localize the problem. To do this, perform a series of actions:

See also: How does a gasoline internal combustion engine 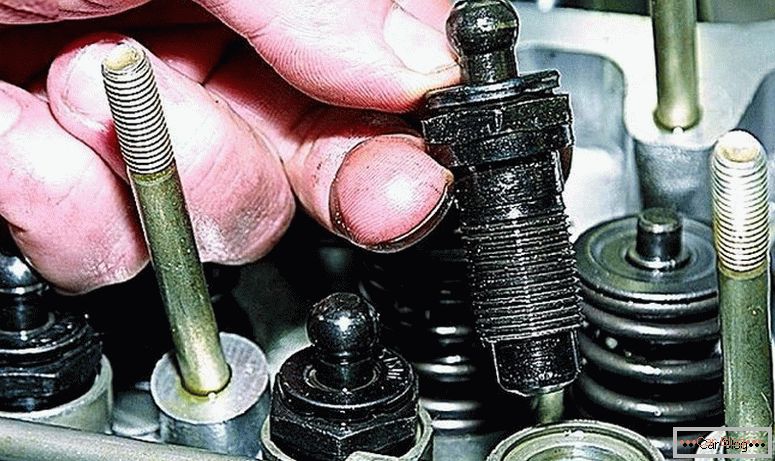 The inconsistency of the quality of the oil has an impact on the occurrence of noise for a heated engine as well as for a cold one. GK is characterized by a high pitched sound, clear and reminiscent of a metal ball. Its localization occurs under the valve cover. Strangely enough, listening to him is a medical stethoscope.

Constant characteristic noise may lead to jamming or other types of damage soon. In some cases, it is necessary to disassemble this part of the motor for visual diagnostics and possible repair.

The landing slot for compensators is often broken during operation.. Due to temperature expansions on a hot motor, noise arises from behind the bumpiness.

It is important to monitor compliance with gaps, since the deviation from the norm has a negative impact on the performance of the node:

It is important to know that the acceptable parameters of the gap are values ​​within 0.15-0.4 mm, which are individually set for each brand of car by the manufacturer.

It is advisable to purchase a GK repair kit from brand manufacturers, or to purchase you need to choose proven car brands that have proven themselves in the market. The most sought-after or popular brands in this area are:

It is preferable to carry out the replacement of branded service stations. Introducing the Next Video, how the hydro-compensators knock. 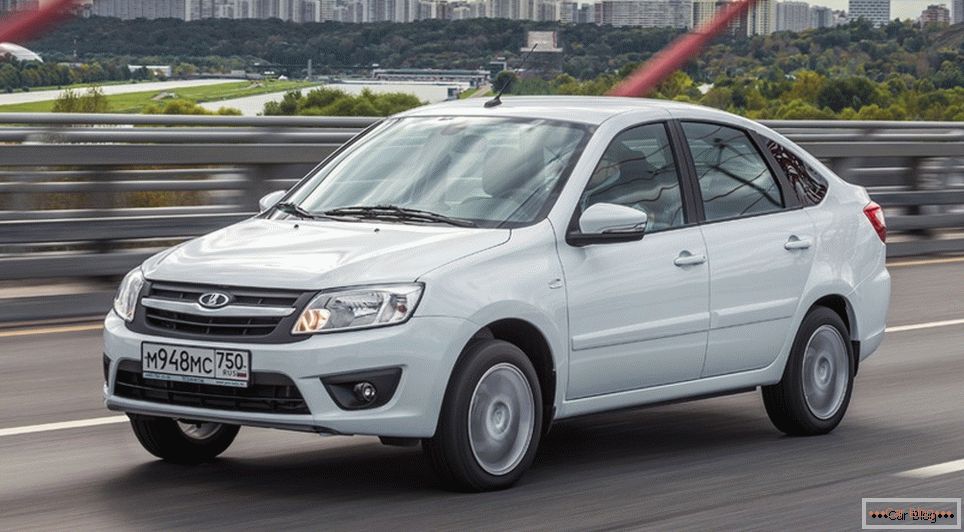 By purchasing lada granta in november 2015, you can get a 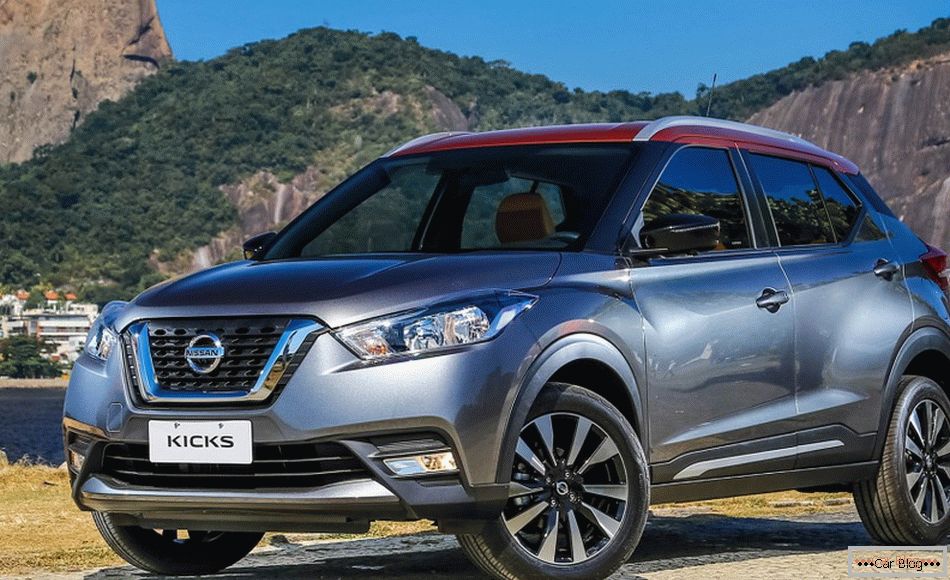