Checking the diode bridge generator with a multimeter

The main element of the car’s electrical system is a generator. Without it, even on a working and charged battery, the car will not go far. This means that the performance of this node must be maintained and periodically monitored.

The initial diagnosis of the health of the car can be carried out without even getting up from the driver's seat. For repair or more detailed verification, you will need to dismantle this source of electricity from the car and disassemble, reaching the diodes. How to check the diode bridge on the generator with a multimeter or other means, we will tell in the article.

The generator is working or not working

Information about the health status of the main node, generating electricity in the car, automakers brought to the panel driver. The icon in the form of a battery with terminals after the car was brought should go out. This means that the power has switched from the battery to the generator. 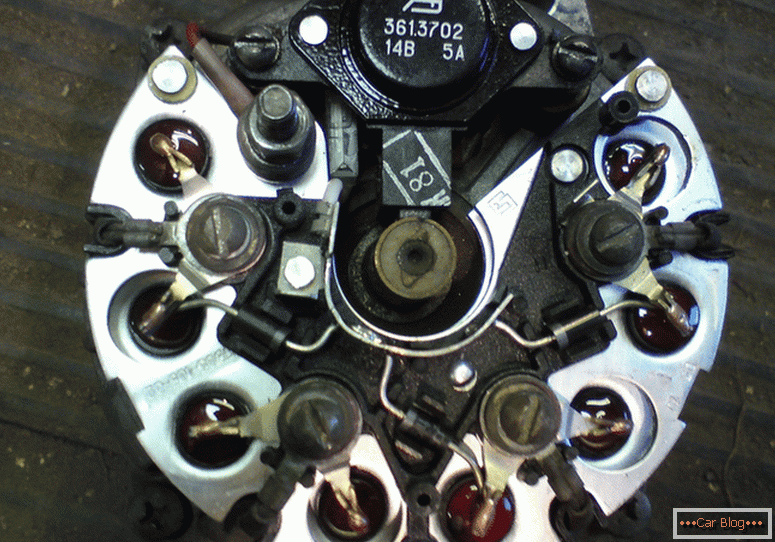 When the signal beacon does not fade, a fact indicates problems in the circuit. Also, a weak battery charge confirms the failure of a normal current.

Very often the problem node detected diodes. Testing the diode bridge of the generator begins only after a clear identification of certain indirect signs. These symptoms include:

Similar parameters are in a broken voltage regulator, so you should check it first. 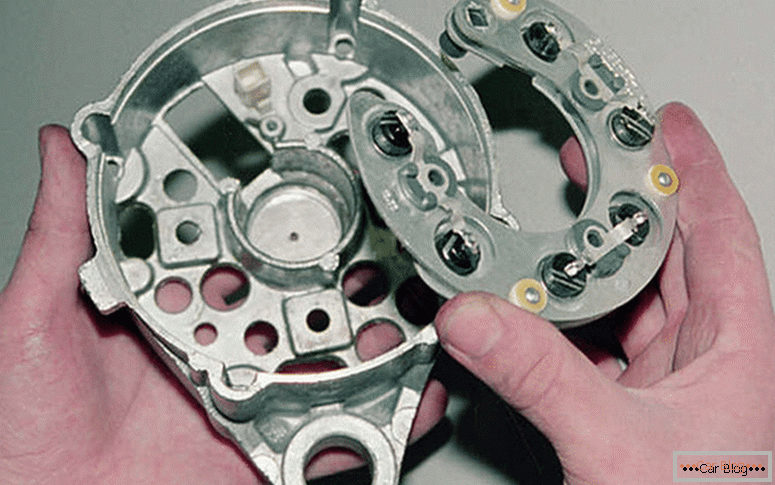 There are several reasons that can destroy the AC rectifier to such an extent that it will require a complete replacement of the diodes in the diode bridge of the generator.

You need to know that the bridge circuit has three positive, negative and free diodes.

Visually, they can be distinguished by color. The standard coloring for positive is red, and for negative ones black is used. An efficient diode passes voltage only in one direction, and in the opposite direction it will give a zero value. If the part is out of order, then the voltage will be revealed either in both directions simultaneously, or in no way.

See also: How to check the relay generator regulator

There are many different cases in which the bridge failed. 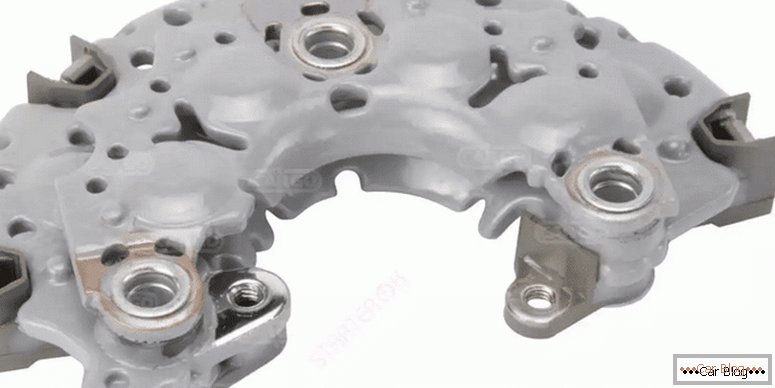 However, the most common are:

Direct inspection of the bridge

There are two ways in which the performance of the bridge is controlled. In the first one, the diagnosis is done with a millimeter, and in the second case, it is enough to have a 12 V lamp and a pair of wires on hand.

Test with a multimeter

First you need to remove this unit from the generator. On the multimeter put the sound mode. Otherwise, the diagnosis is carried out in the mode of 1 kOhm. An individual measurement is made for each diode.

During the test, touch the working contacts of the device to the contacts of the diode twice, swapping the ends of the multimeter. In the first case, the test should show infinite resistance, and in the second case, values ​​from the interval of 500-700 Ohm usually appear on the screen. If in both cases the result is the same (infinite or minimal), then the bridge requires repair or replacement.

Not everyone has a multimeter, so consider how to identify performance with an incandescent lamp. A 12 V lamp with a small capacity will do. We connect the bridge case with a wire to the negative terminal of the battery. 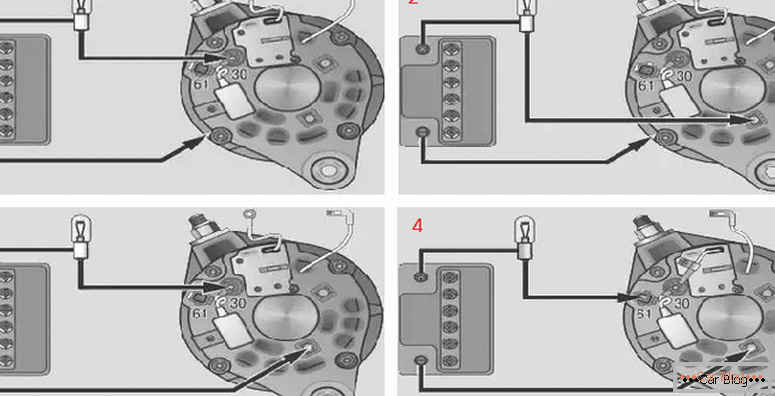 Having identified the non-working elements in the chain, we change them to new ones. For this it is enough to have a soldering iron and a certain amount of time. Replacing the bridge assembly will cost significantly more than a pair of new diodes.

To identify faults in the scheme of the diode bridge of the generator, you can independently with the help of available tools without expensive equipment. Work is carried out in any garage conditions. It will cost much cheaper than replacing a bridge or buying a new generator. 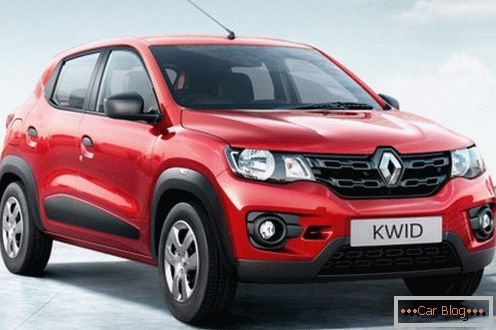 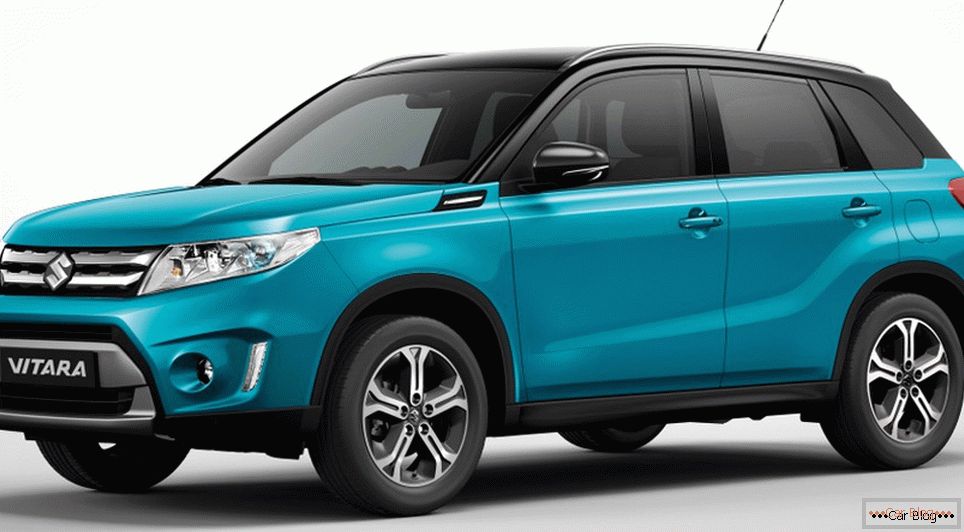 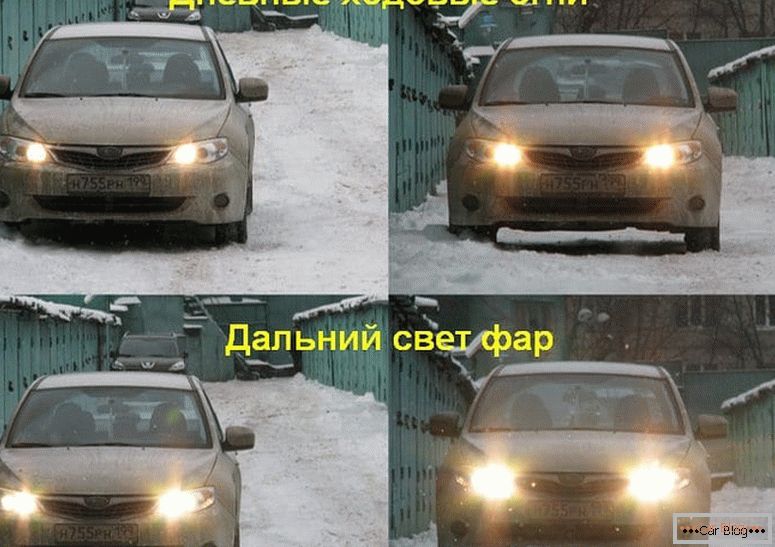 What is daytime running lights on the car

Cleaning the carburetor with your own hands

The new law on toning: whether rights are deprived of and