Car giants continue to improve modern cars, introducing an increasing number of security systems. One of them is the adaptive cruise control. It has an important difference from the classic version of such systems.

Adaptive cruise control - what is it?

The new generation of cruise control not only maintains the speed limit of the car at the level set by the driver, but also ensures the safety of the vehicle by adjusting the distance to the nearest car.

The version with a passive cruise module belongs to an earlier development, and does not have the ability to control the environment around. It makes decisions only within the framework of maintaining the current speed. All operations for maneuvering in this system, relating to the speed or braking, belong to the privilege of the driver.

The responsible element in this chain is the sensor of speed and distance control. It is to him in many automotive companies that the main attention is paid during the development and modernization of the structure.

It is customary to distinguish two types of such devices:

The advantages of lidar at a lower cost, which slightly affects the overall price of the car. However, they are quite dependent on the current state of the weather. In this regard, the radar is more placed on more expensive cars.

Installation of sensors in most vehicles is carried out in the area of ​​the front bumpers or radiator grilles. The average range of the device rarely exceeds 100 ... 150 m. More modern designs include two types of sensors:

For the first type, a reduction to almost zero speed is typical, while for the second type of sensors, a reduction in the mode to about 30 ... 35 km / h is used. This approach contributes to the expansion during dense traffic or while driving at low speed.

You need to know that the number of types of sensors in the distronic Plus cruise control system is three types: one for long distances, two for short distances.

The control unit is engaged in controlling incoming information from various systems:

Based on the data obtained, decisions are made in the management of cars. 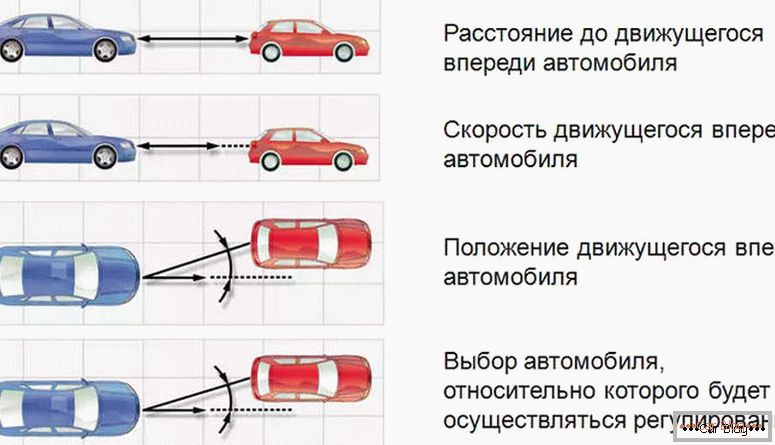 Determining the speed of the front car in the stream is due to the difference in changes in the reflection of the wave. This principle is used both in radar and in lidar. The received data is redirected to the control device. Based on the built-in algorithm, the electronics selects the action required at the moment.

Manufacturers do not provide for a separate block of mechanisms for manipulating automobile nodes in adaptive cruise control. All designs are operated in-vehicle control devices. The operation of the cruise electronics depends on such systems:

The supply and reception of pulses is carried out through an electronic control unit mounted by automakers.

A common interval for ACC operation is a speed interval of 35 ... 190 km / h. More modern systems withstand operability in an expanded version of 0 ... 210 km / h, and also use the additional stop / start option.

See also: How to charge a maintenance-free car battery

The operation of an adaptive cruise is conducted in several modes: 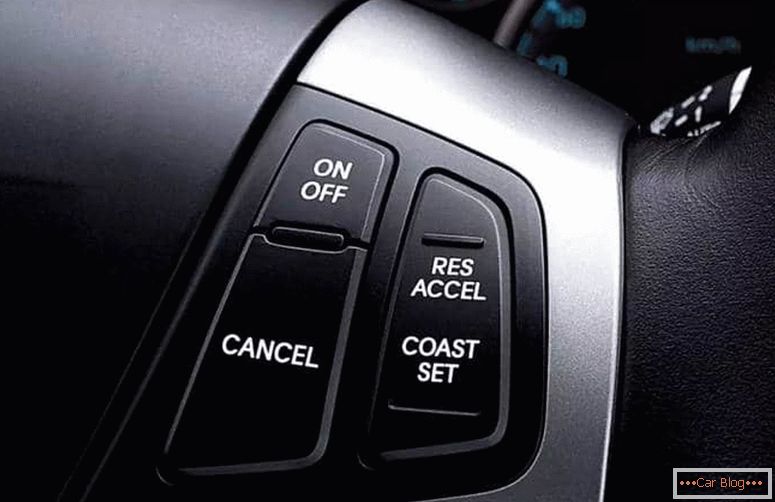 When there are no interferences in the form of other cars in the radar or lidar range, the car comes with the system turned on at a constant speed. During the rebuild of the leading car or increase the speed, the electronics returns the speed mode for your car the way the original driver installed it.

While resetting the speed of the lead car or rebuilding it in your line, the electronic unit to maintain a safe distance lowers the current speed for your car. More often In addition to the flap operation, the brake system is used in this situation.. The electronic control unit provides an increase in pressure in the brake system.

Additional modules that ensure the safety of cars with adaptive cruise control are the following services:

In most cases, cruise control provides fuel savings that can go up to 5%. Consumption is reduced due to the fact that the driver does not use the accelerator pedal unnecessarily, therefore, wasting gas during unnecessary accelerations is excluded. 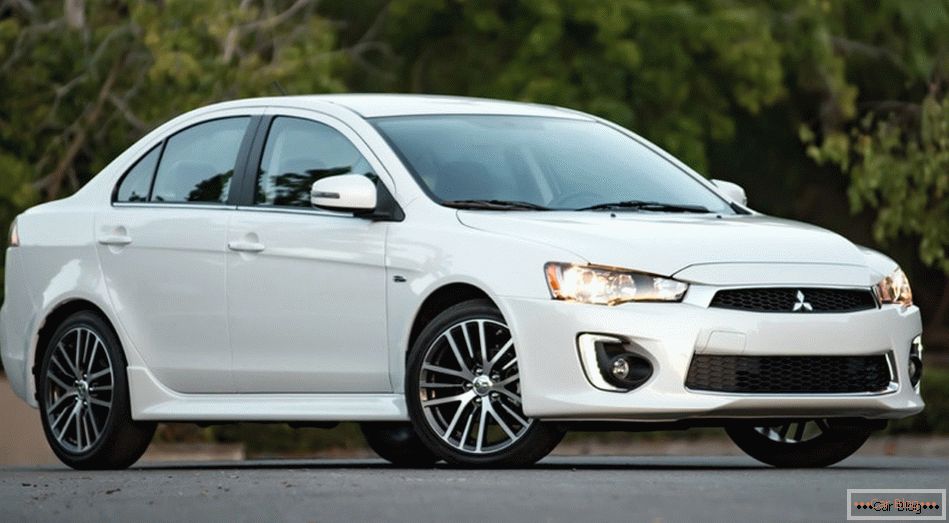 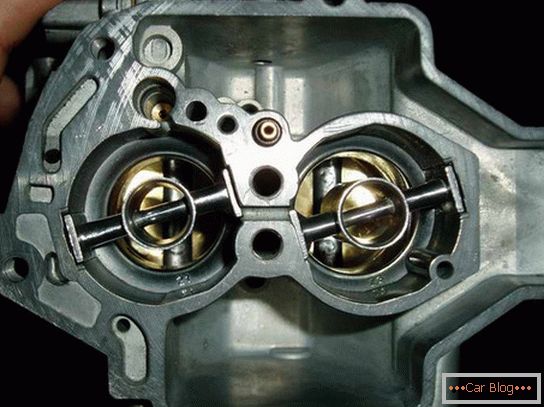 What to do if you lost your license (driver's license)