Issue VAZ 2108 has become a new word in the Soviet automotive industry. It was the first car, which compares favorably with the classic VAZ cars with front-wheel drive. This model was created for a long time, because there were not enough technical developments to make the front drive as close as possible to Russian roads. 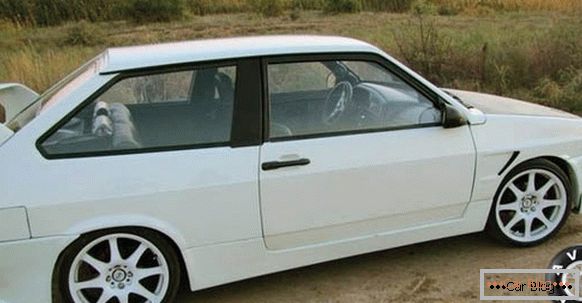 Creating a car began in the 70s of the last century, and the first car saw the light in the mid 80s. The VAZ 2108 model differs from the previous models not only in the appearance and arrangement of the cabin, but also in technical indicators, so the tuning of the VAZ 2108 has its own characteristics.

This car model is a great opportunity for tuning on your own, as it is a raw, sometimes unfinished material. There are a huge number of ideas for tuning the VAZ 2108. Eight is externally and internally very similar to the nine, or rather vice versa, so the tuning of the VAZ 2109 is done in much the same spirit as the eight tuning.

VAZ 2108 can be modified to a modern SUV or radically change the stuffing, that it can not be distinguished from the factory. In general, tuning this car is to refine the appearance, interior and technical details. In a word, the process is creative.

Many owners of the VAZ 2108 in order to stand out among other cars like to remodel their cars for the sports version. To do this, improve the external parts of the WHA. You can replace the side mirrors, body kits and air intakes, change the wheels to alloy wheels, add wings. You can also install diode dimensions that will help improve the quality of light. All these simple manipulations will change the exterior styling of the car beyond recognition. 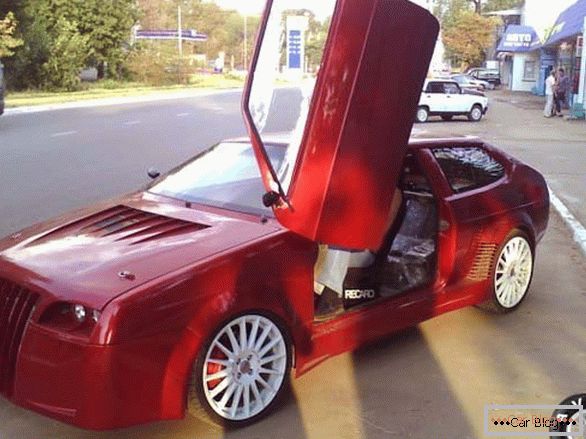 One wonders for a long time why our compatriots still ride such models of cars. And the answer is trivially simple and lies in their affordable price. In addition, all the parts needed for repair are much cheaper than imported counterparts. And let many believe that cheap is not an indicator of quality, etc., nevertheless, many people experience the first driving experience in the VAZ, and especially in the VAZ 2114 tuning.

For those who in addition to the external attractiveness appreciates in the car and power characteristics, you should think about tuning the engine. Here you can implement several improvements. For example, you can switch to a different type of engine. It may be an injector. For the VAZ 2108 engine tuning with the injection system is the most acceptable option. Here you can improve the compressor, turbocharger and other components.

If there is no desire or ability to change the type of engine from the carburetor to any other, then you can do tuning by installing filters, expanding and cleaning channels, increasing the volume of cylinders and other replacements. This refinement is done and tuning VAZ 2106. 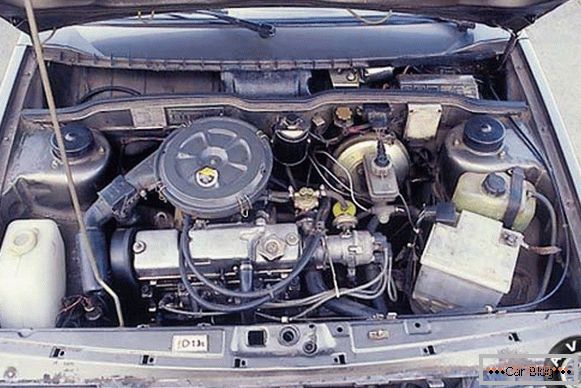 For those who more use their cars in the city, you can pay attention to the torque indicator, it should be maintained at a given level at low and medium speeds. This will help replace the shaft in the engine system.

After tuning the camshaft, it is necessary to tune the cylinders. Indeed, with an increase in the stroke of the shaft, the filling of the cylinders with the fuel-air mixture also increases, which provides more torque. Therefore, the replacement of cylinders is the next stage of engine tuning.

If desired, it is also possible to replace the exhaust pipe. The construction of 4 pipes, which go into two, and then into one pipe, is perfect for this. It also allows you to maintain the optimum torque value for a tuned engine. 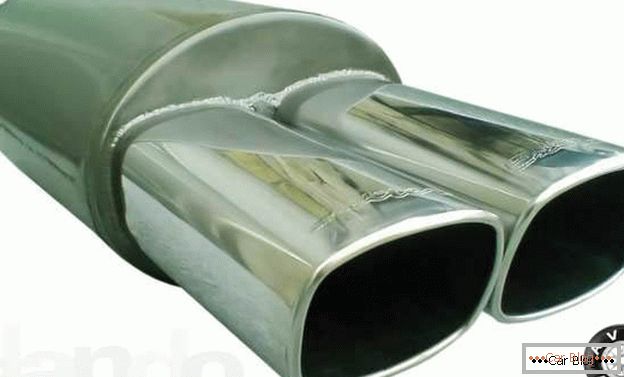 At the inlet to the engine is the throttle, which can also be modified. To do this, increase its diameter. Due to this, the capacity of the valve will increase. From the above, we can conclude that tuning the VAZ 2108 with your own hands is quite real. In addition to tuning the engine, you can make tuning the brake system and transmission.

Tuning the cabin can be approached with an update of the shift knob, seat covers, installation of a new music system. Undoubtedly, the high-quality sound of music that comes from the salon adds only plus to the tuned car. The VAZ 2108 interior tuning is a truly creative process. 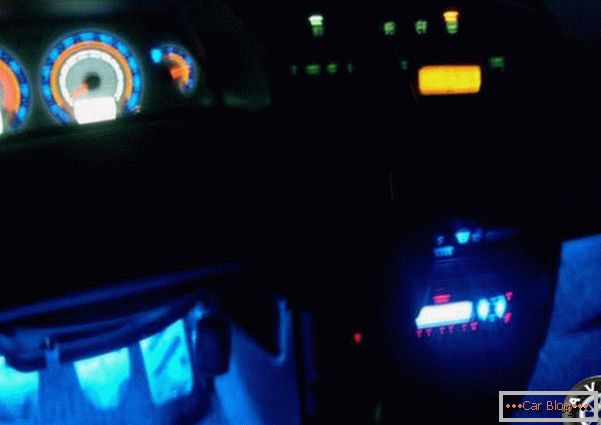 Here you can do everything: from replacing the backlight with light bulbs to a diode backlight to completely replacing the seats with new ones from other cars. You can also work on tuning steering. And such new things as a mobile phone holder, power windows and other nice little things make the trip in the cabin the most comfortable. In general, everything is like when tuning the VAZ 2109, the cars are almost the same.

Electric equipment of the car gives a wide scope for imagination to make tuning 2108 (photo). This includes various additional headlights, as in the VAZ 2114 tuning, lights, power windows, heating systems and actuators for mirrors. You can also improve the music equipment and install a heaped alarm.

However, in addition to the cool bells and whistles, you should pay attention to the transfer of the ignition coil a little higher or the installation of the same additional. You can also equip an additional communicator, which is certainly useful. You can replace the native auto wires with silicone ones. This will be a great investment. It is worth paying attention to the purchase of good wipers. 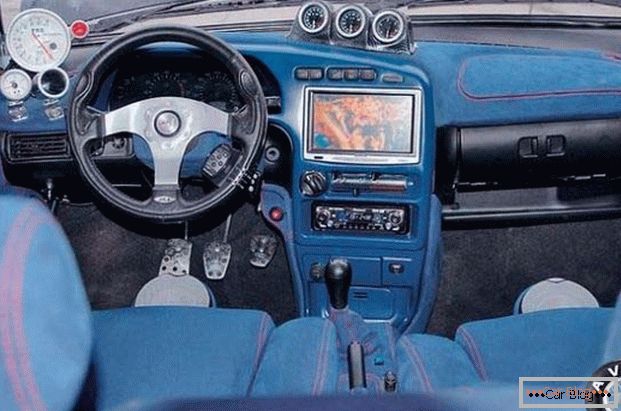 Good wipers for headlights, sealing the safety unit, as well as improved windshield sprayers can be called excellent tuning. A good solution is to strengthen the headlights, buy imported candles and a generator belt. Believe me, these improvements will be more effective than installing, for example, air conditioning and other elements of comfort.

Recommended article: How to increase the power of the engine VAZ 2109 (carburetor) do it yourself

Tuning the cooling system on the VAZ 2108

In this system, the car has a few points that should be immediately finalized. Need to do a radiator fan. To do this, you need to make a toggle switch to forcibly turn on the fan. It will also be logical to replace the sensor with a colder one.

Do not rush to replace the coolant with a more expensive one, as this will not improve cooling. It is necessary to make a replacement only if necessary, and the cost of the liquid will depend only on financial possibilities.

It is possible to tune the VAZ 2108 by various parameters, but one thing is sure - this workhorse will give a wide field for creativity to its owner.

And here is an interesting video about tuning VAZ 2108:

And here are the vases that successfully tune: 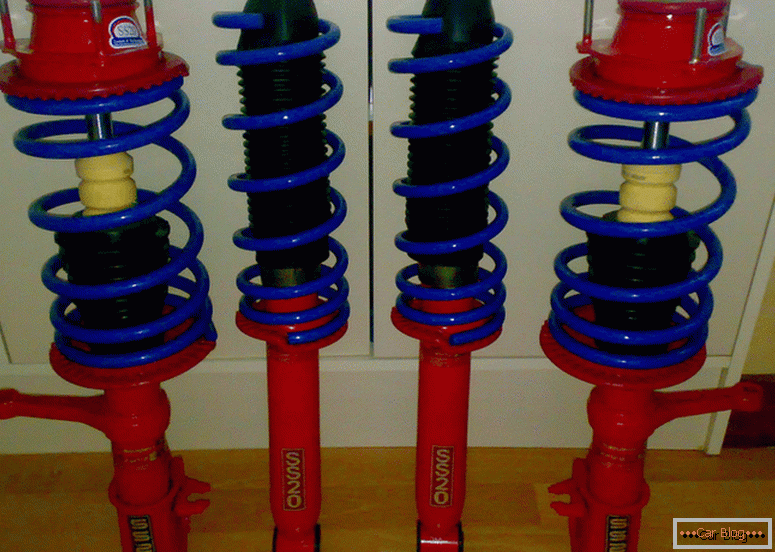 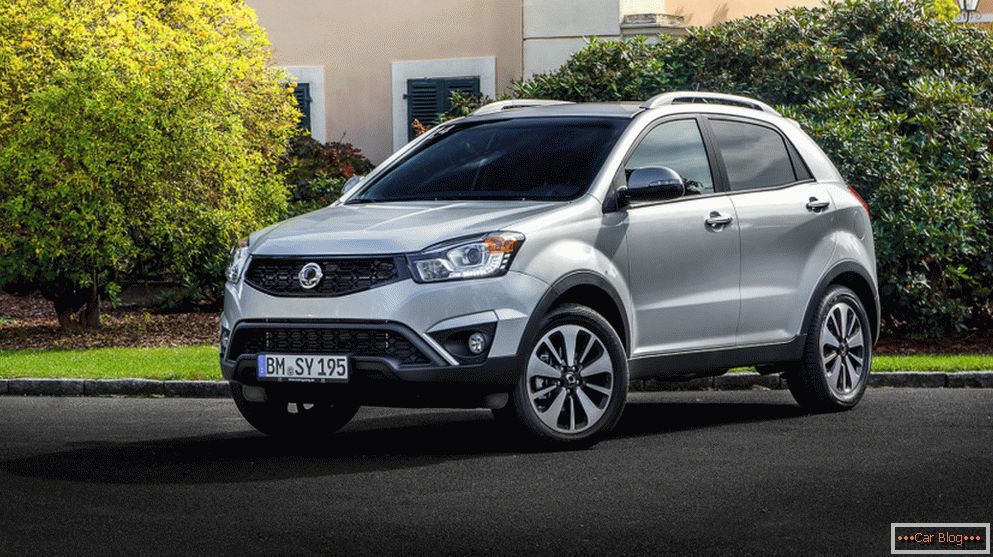 Replacing the brake master cylinder on the kia rio

Overheating of the engine: how to save the car's motor?