This is more than the usual car. It is "easier" and "airy" than the usual jeep. The owner of urban roads and the conqueror of off-road. Perhaps it was for the combination of such contradictory features in the nature of the crossover and nicknamed "rogues." Anyway, but to have such a car in your garage now is both fashionable and practical. Assessing the capabilities of the crossovers is easy if you compare two decent models. So we arrange a duel that will allow us to determine which car is better - Touareg or Grand Cherokee.

So, let's start a comparison. Who is the Tuareg and what is it eaten with? This car is a favorite Volkswagen brainchild. He was born in 2002, and in 2010 his “extreme” version came out. 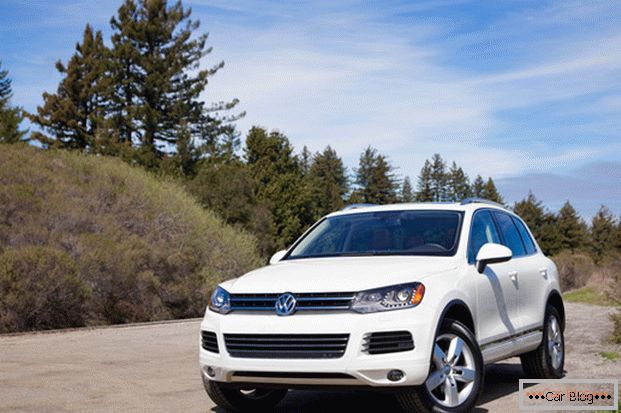 German car Volkswagen Touareg - the pride of their designers

In order for the new model to “shoot”, the Germans did not spare either creativity or money. Judge for yourself. Volkswagen Touareg - the first "rogue" VIP-class. It harmoniously merged three elements: the character of an outstanding SUV, the comfort of a sedan and the drive of a sports car. Even the name of this crossover with a twist. Tuareg, or otherwise, the knights of the desert - this is what the Sahara nomads once called.

Perhaps our iron “knight” will not feel confident in the desert, but in the city - he still needs to look for competitors. Touareg, born in 2010, is considered a new generation car. It is larger and at the same time (due to the use of more modern materials) lighter than their predecessors. Due to the fact that the car managed to “lose” weight, it became more manageable and more economical to operate.

The design of the tenth "knight" in the best traditions of Volkswagen, only it is made up with the times. The crossover stands out on the road, in particular, due to the chrome grille and the unusual shape of the headlights.

Inside the car, everything looks expensive and elegant. The design was able to avoid the use of many small details and place only the main accents. As a result, it looks solid, tasteful and concise. By the way, as a result of the fact that the car “grew” in length and width in the cabin it became more spacious, which was already appreciated by passengers. "Matured" and the trunk, now its volume reaches 1,570 liters. 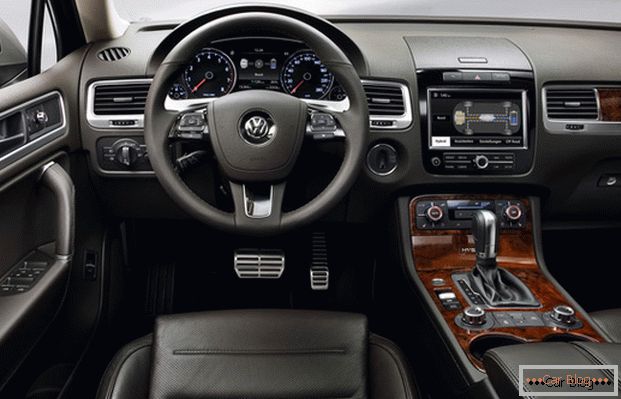 You will manage the "Tuareg" using a multifunction steering wheel. In the basic version, you also get the function of heated seats, climate control, modern display and strong speakers, as well as central locking.

Security when driving a Tuareg is provided by the Bosch ABS Plus system and ACC cruise control. Plus - a special sensor has been installed that assesses the situation on the road and “throws out” the airbags in the event of a traffic accident. 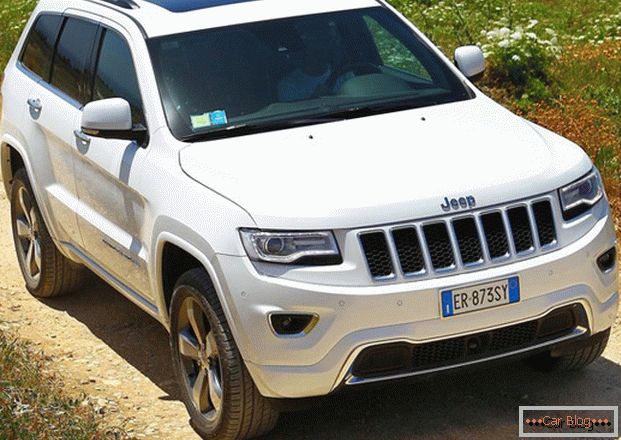 The most recent version of the Jeep Grand Cherokee was released in 2013. This “Yankee” domestic car enthusiasts have known for a long time. For its size and characteristic external brutality from the very beginning, he received the corresponding nicknames “Brick” and “Wide”.

Agree, immediately emerge certain "heavy" associations. But the “junior” Grand, on the contrary, surprised everyone with how he can be nimble and economical. Diesel Cherokee picks up speed in just 8 seconds and eats modestly: in traffic jams

Could surprise manufacturers and interior decoration. It is made of expensive plastic in warm colors. There are wood inserts. Everything looks like home whether. Even when you sit in the driver's leather chair, you feel very liberated. Massive as a throne, it is easily regulated for a specific driver. The seat has heating and ventilation options. 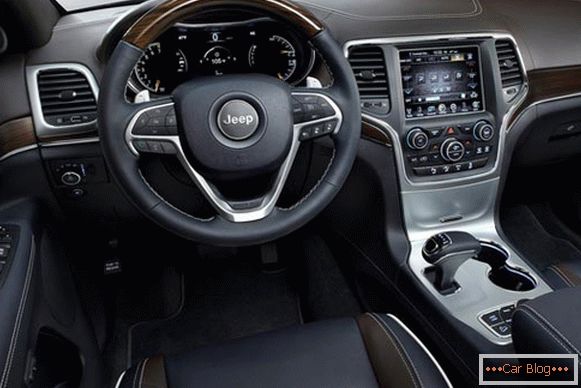 Interestingly, the manufacturers have taught the built-in multimedia system to send SMS. True, so far this “clever” has not learned Russian.

Bi-xenon headlights, parking sensors, leather interior, alarm system, metallic paint - all this is included in the basic set of "Wide."

In general, it cannot be denied that the Grand Cherokee is handsome. The drivers even joke that if the “Wide” participated in the election of the head of state, then Mr. Putin would not have passed the second round. They say that на сегодняшний день Cherokee самый красивый SUV в мире.

But can the Touareg oppose the Grand Cherokee in terms of roominess? Here both cars are about the same level. Despite the solid dimensions, the salons have a classic number of seats - five. Although, looking at the body from afar, in both cases, you might think that an additional row of seats was installed in the cabin.

How is it going and how much does it cost?

Choosing a Touareg or Cherokee, it is important to know that these cars (in the diesel version) largely overlap in technical characteristics. Four-wheel drive, eight-speed automatic, comparable power (Cherokee motor gives 241 "horse", and Tuareg - 240 "horses").

If we compare the Touareg and Grand Cherokee at a cost, then the protégé of Volkswagen is almost 200 thousand rubles cheaper. (The cost of a Jeep is just over two million rubles). In this case, the cost of maintaining a car does not differ much. On scheduled maintenance of the Tuareg after 60 thousand kilometers it will take about 78 thousand rubles. In the case of Cherokee, this amount will be 87 thousand rubles.

So what's the result? Who wins in our impromptu race of the best crossovers - Touareg or Cherokee?

Let's be honest: the American crossover is not a driver’s dream, but it boasts good equipment and copes well with bad roads. This car, although more expensive than its competitor, is considered the best in its segment.

And what about Volkswagen? He also has something to present. Cool interior, good handling and famous German quality. These trumps in the sleeve Tuareg not take away from him.

Well, Touareg or Grand Cherokee - the choice in the end just for you. 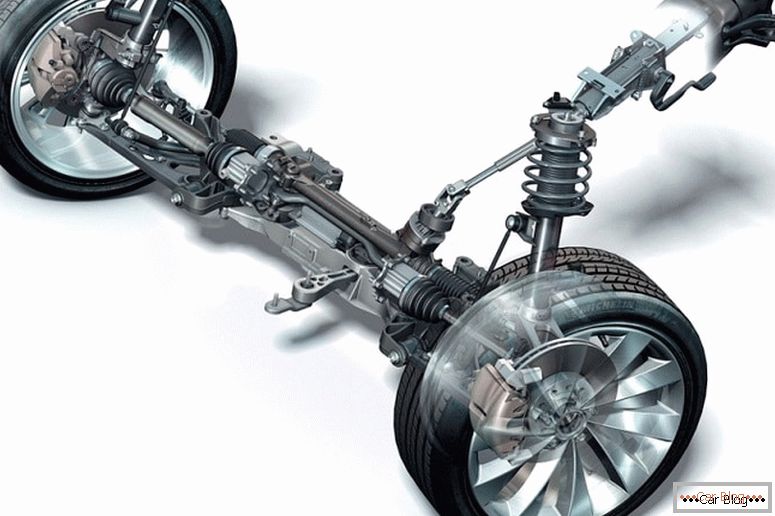 The choice of antifogger for car windows 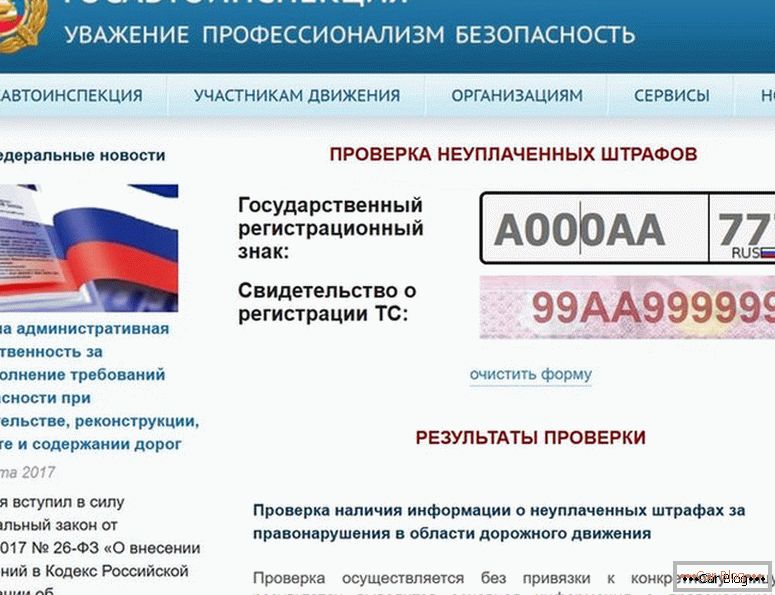