As early as the beginning of the 2000s, the first Mitsubishi cars with GDI designations near the indices indicating engine size began to get into Russia.

This abbreviation hides direct fuel injection into the engine cylinders - it was this Japanese company that was the first to start mass production of power units with such an intake system. This engine has earned very mixed reviews, so before buying a Mitsubishi car, you should carefully consider the pros and cons of the GDI engine.

A conventional injection engine, which uses a mix-formation collector system, assumes that a ready-made gas-air composition is fed into the cylinders. Such mixing of air and fuel occurs in the intake manifold, where nozzles are installed, controlled by electronics. If we talk about the engine GDI, then it nozzle is sent directly into the combustion chamber. Accordingly, only air is supplied through the inlet valves, and the process of mixing takes place directly in the cylinders. 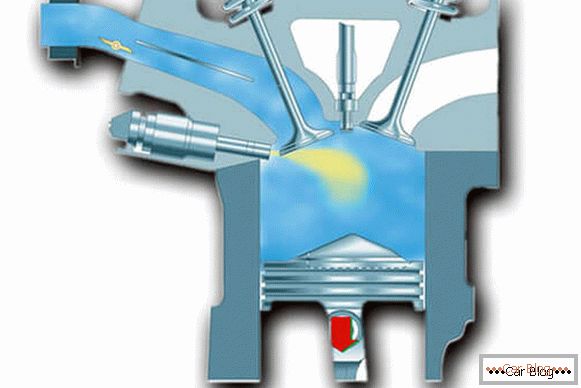 Naturally, to achieve a homogeneous composition of the air-fuel mixture in such conditions is very difficult, therefore the GDI engine is controlled by a complex electronic unit that uses software designed for several different work cycles. In addition, to achieve the ideal parameters of mixing, it is necessary to use special vortex nozzles that feed the fuel inwards in the form of fine mist.

It is worth saying that the main advantages of the GDI engine are as a result of working on an ultra-lean mixture, in which the gasoline content is reduced to 1:20 compared to air, while the ratio at constant injection is maintained at a constant level of 1:14. However, even a direct injection motor cannot work constantly in this mode, therefore, under loads in its intake system, normal mixing is restored.

Due to this, the GDI engine must be equipped with a two-stage fuel supply system. It is with all these differences that the main drawbacks of the design are connected - let's see if they can beat the advantages gained from switching to direct injection.

As mentioned above, the main advantages of the GDI engine are due to the possibility of working on a highly lean mixture in the absence of large loads. The advantage of reducing the ratio from 1:14 to 1:20 is a significant reduction in fuel consumption when driving in a mixed or urban cycle. Research experts show that in a city traffic jam with a long engine running at constant idling speed, fuel costs are reduced immediately by 20-25%. However, it is not necessary to talk about the same results with fast driving on the highway - the GDI engine will require as much fuel as the power unit with distributed injection. 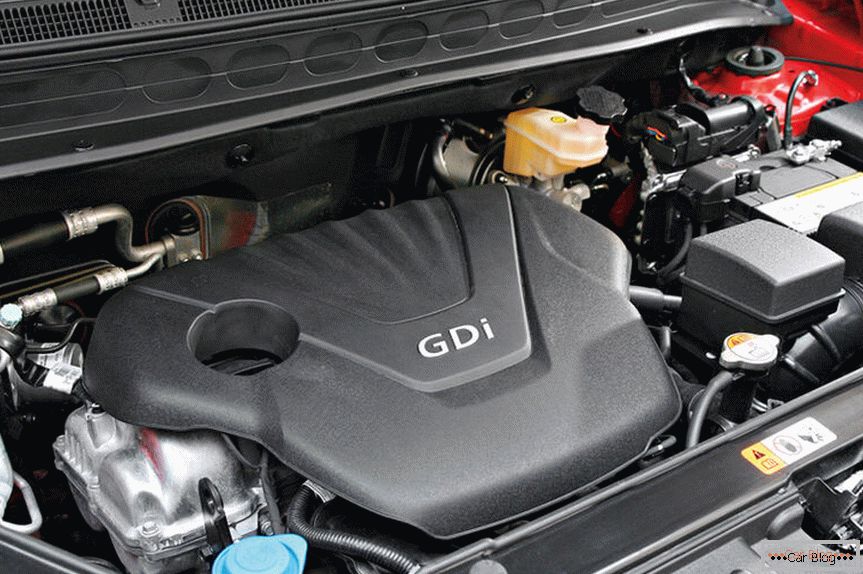 Additional advantages can also be obtained from the mixture formation that occurs directly in the combustion chamber. Specialists in car engines can say that burning in the cylinder is uneven - most of the fuel can be set on fire in close proximity to the candle, while the distant parts of the chamber are covered unevenly, which leads to the emission of fuel residues into the exhaust pipe. For the first time, Volkswagen proposed the technology of stratified direct fuel injection, calling it FSI - subsequently other car companies adopted such a technique.

In one ordinary intake stroke, the nozzle can inject up to five portions of fuel, which form an uneven mixture, made up of all the nuances of the combustion process. Due to this, FSI engines and modern GDI units have lower fuel consumption, lower exhaust emissions, as well as better stability at low revs. 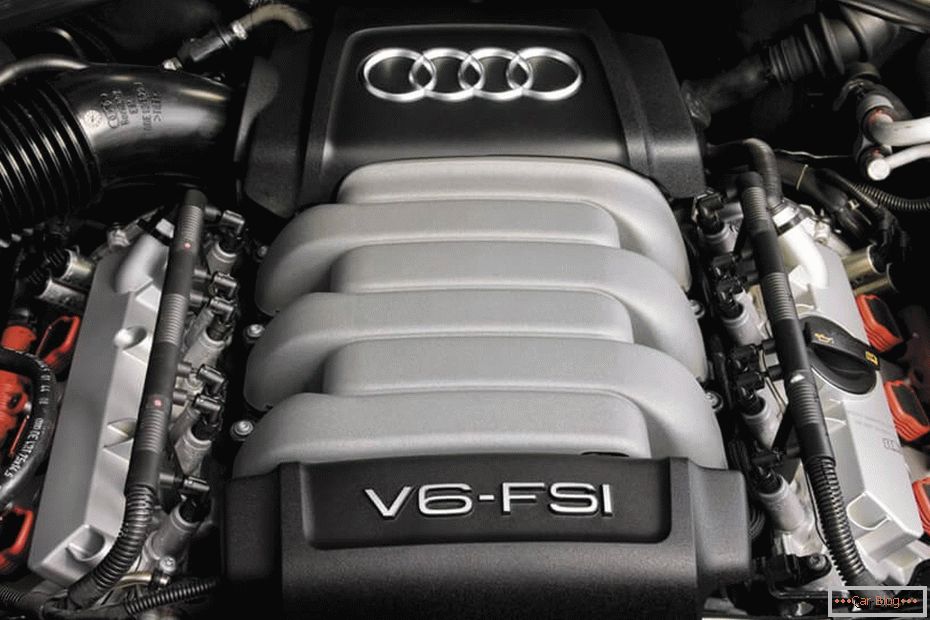 Such a change in the mixture formation allows one to obtain another positive effect, the essence of which is to increase the power and thrust by approximately 10–15%. In addition, the GDI engine allows you to get the benefits associated with a decrease in the amount of soot. Accordingly, the service life of many components increases, and the oil retains most of its properties until replacement. Pros consist in reducing the likelihood of engine failure

adom.ru as a result of blockage of oil channels by products of combustion of fuel. However, no complex construction can do without its drawbacks - including the engine with direct injection.

The disadvantages of direct injection engines are associated with the use of a more sophisticated intake system, which also includes a high-pressure fuel pump, similar to that of a diesel engine. The use of such units leads to the fact that the GDI engine becomes sensitive to the quality of the fuel. This concerns not only the content of solid particles, but also the presence in the fuel of sulfur compounds, iron, phosphorus and many other minerals. Cons appear in frequent engine breakdowns when refueling low-quality fuel.

In addition, the problems of engines with direct injection are associated with the fact that they use very specific technological solutions that are familiar to only a few specialists of service centers. Due to this, repairing a GDI engine is not as easy as a conventional unit with distributed injection. The disadvantages of these engines can be connected with the two-stage fuel supply system mentioned in the theoretical part. Almost every manufacturer has its own specific breakdowns: 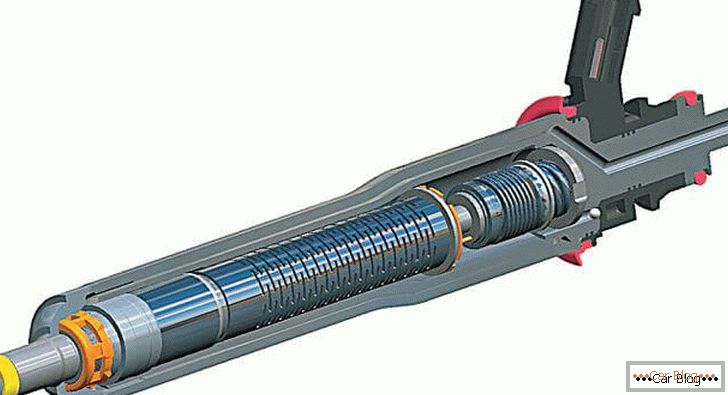 The disadvantages can also be in the low prevalence of spare parts for such engines - very often they have to be expected within 2-3 weeks, which leads to long vehicle downtime. Therefore, buying a car with direct fuel injection, you should seriously think about the issues of its repair, as well as the need to refuel high-quality fuel at branded gas stations.

Of course, direct injection engines have higher power and thrust, and are also capable of fuel economy. However, they have significant drawbacks that are associated with reliability and requirements for fuel quality. Therefore, their operation in the Russian context can lead to frequent costly repairs. But recently cars that have gone through a special adaptation have appeared on the market. 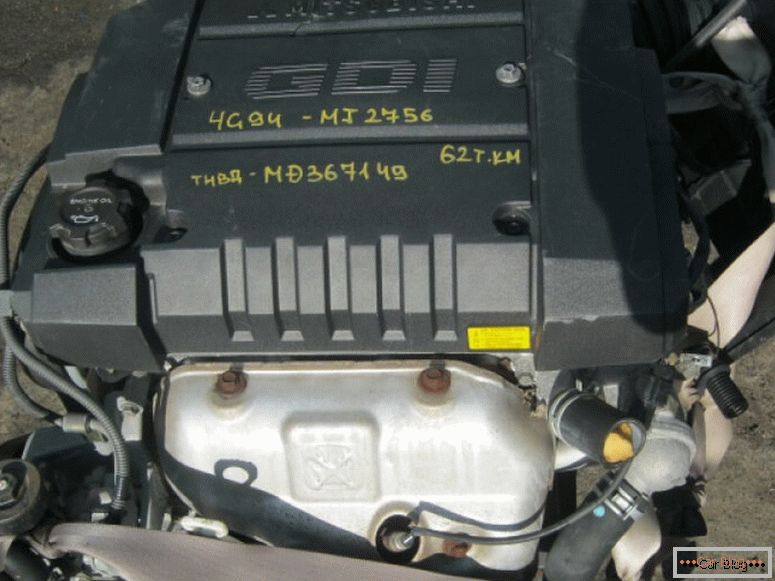 They can be fueled with regular gasoline sold at Russian gas stations without creating the threat of high material costs. Their advantages are not so significant, but even adapted direct injection engines can save a lot of fuel, while obtaining the best dynamic parameters. 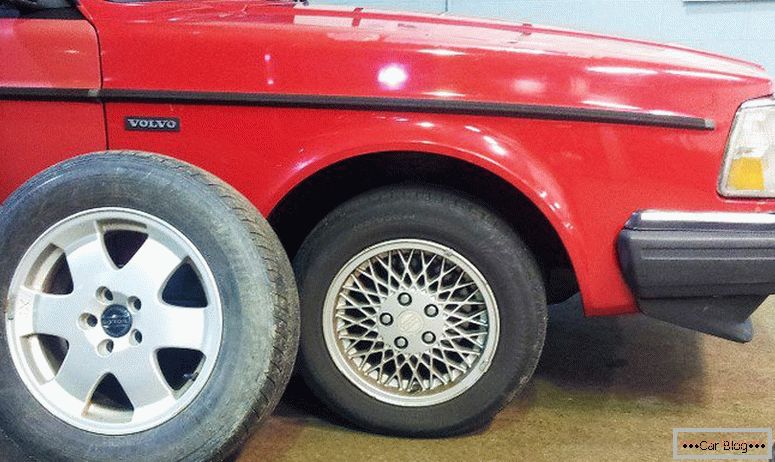 Ranking of the best navigators for cars in 2018 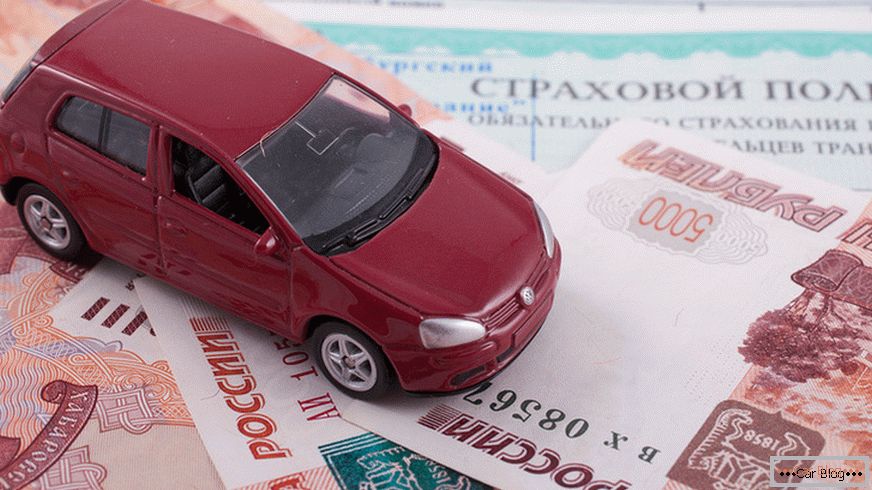