Not so long ago, the emerging nanotechnology industry promised us to turn over the usual views of the world and give a person something that was previously impossible in principle. And if about six years ago the people did not believe in it, arguing that this is just a way to siphon off the state budget, now we have the opportunity to observe the finished products of this industry. One of these unique products is the windshield nano coating for cars, which, by the way, are used by quite a few car enthusiasts. We will tell you about this and, more precisely, we will present to your attention the best nano-coating for car windows. But first, let's find out how, and most importantly, why this or that nanocoating for glass is used. 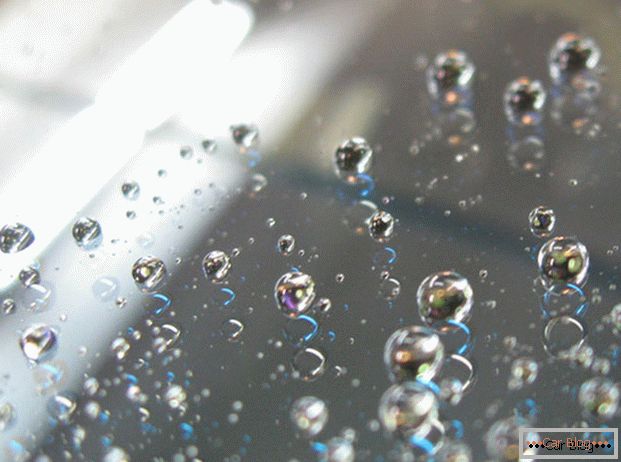 Nanocoating - what it is and why it is needed

Every car owner faced trips in the rain and snow. And very often the janitors and the windshield fluid are not enough in such cases. Wipers clean the glass only in places of direct contact with the windshield, thereby reducing the radius of view. For example, on country roads covered with wet snow, very often all this snow, flying out from under the wheels of an oncoming car, turns out to be on the windshield of your car. Agree, this is a rather unpleasant and frightening sight, especially when this dirty, heavy, sleet mixed with water flies in huge quantities from under the oncoming truck, rushing at great speed, and with a booming blow, the whole mass is right before your eyes.

This is a very dangerous situation for an inexperienced driver who is driving at high speed. A person can be frightened, confused, forget about the wipers, and not seeing the road, on a wet, slippery, snow-covered road can easily lose control or go into the oncoming traffic. And in the event that the wipers are still turned on, they will not clear the entire glass. On untreated areas, the snow will gradually melt, and the water will still slowly flow down. But the dirt, which was in the snow, will settle on the glass, and by the end of the path it will dry to it. 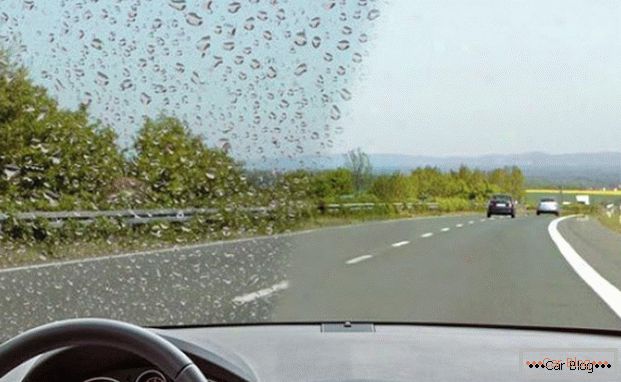 It is in such situations that the nano-coating of the windshield will show itself in the best possible way or, simply speaking, anti-rain. These hydrophobic coatings are “not friendly” with practically nothing that falls on them. Water that has got onto the glass treated with a hydrophobic substance does not form a wet film on the surface, but collects into a multitude of droplets, which are instantly carried away from it by the flow of oncoming air. The hydrophobic coating forms an absolutely transparent film on the glass that is invisible to the human eye, which not only repels moisture, dirt and snow, but also protects your glass from minor scratches. In those cases, if the dirt on the treated glass is still not removed during the journey and dried, then it can be easily and quickly washed off later by hand, without using any special effort, and without resorting to special detergents.

Side mirrors and side windows of the car are not equipped with washers and wipers at all, however, sometimes it rains even more rain and dirt than on the windshield. By applying a nanocover for automotive glass to such places, you will at times improve the side view and the view from the side mirrors. Not all cars are equipped with headlight washers, and wipers on the headlights can generally be found in units. And so that the headlights, without having the above functions, still remained clean and gave good lighting, it is enough to apply a nano-coating for the glass on them.

At first glance, all products are very good and have a whole bunch of advantages. However, in practice, as practice shows, everything is not as smooth and beautiful as the advertising companies and the producers themselves paint us. For example, the speed at which the effect of a hydrophobic coating becomes noticeable often does not correspond to reality, and at a stated 30–40 kilometers per hour, in fact, the effect can be noticeable only at 60–80 kilometers.

The same applies to the terms within which nanocovering for glass, according to manufacturers, gives one hundred percent result. Most foreign companies guarantee the validity of their products for ten, eleven, or even twelve months from the date of application, in fact, the effect is lost in two or three months. As for operation in the winter period, almost all foreign products lose their qualities during severe frosts. Given all this, we selected the best hydrophobic coatings for glass, and this is what we did. 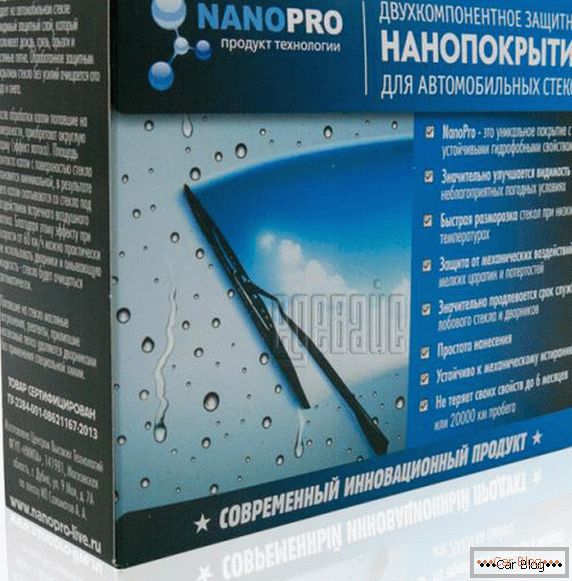 Nanocovering for automotive glass of domestic production, which has the best properties and price compared to the others. And also has better frost resistance in comparison with foreign reagents. However, let's take a look at the properties of the product:

Currently, this manufacturer is testing a completely new windscreen nano coating with a fluorine content. Such a product will be unique in its own way, as it will be used not only for glass, but also for plastic, as well as for materials coated with varnish or paint. With this reagent it will be possible to cover at least the entire car and then not to wash it at all, well, except that occasionally pour clean water on it.

Fluorine components have antistatic properties, as a result, moisture is not retained at all on the treated surface and rolls off it at the slightest tilt. Having processed the glass in such a composition, the water will instantly slide down from it, even if the car is stationary.

Worthy nanocoating for the glass produced in Germany practically in no way inferior to the above, however, loses the first in some respects. And for what exactly, let's see:

So, from the above properties, we see that the hydrophobic reagent Pro Tec loses to the first sample by price, by life, and also by the minimum speed at which the self-cleaning effect begins to appear, and therefore only the second place in our rating. 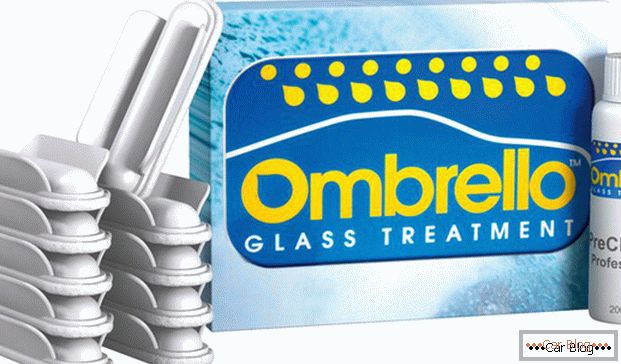 Another excellent nano coating windshield from German manufacturers. It has a mild, compared to previous, self-cleaning effect, as well as poor frost resistance. Therefore, it occupies only the third place of our rating.

So let's take a look at what properties this instance has:

adom.ru of this kit is a convenient brush for comfortable application of the reagent on the surface to be treated.

In conclusion, we want to say, do not buy nano-coating for automotive glass and other reagents on roadsides and in any other dubious places, do not chase cheap goods, because you save on your own safety. Remember that the good condition of your “steel comrade” is a guarantee of your safety on the roads. 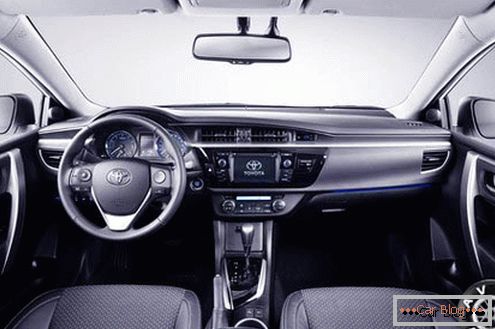 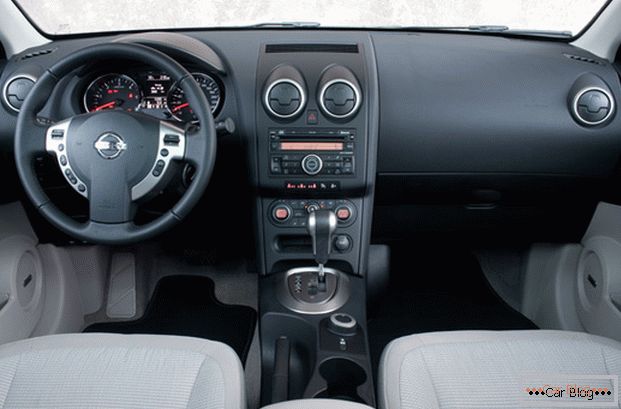 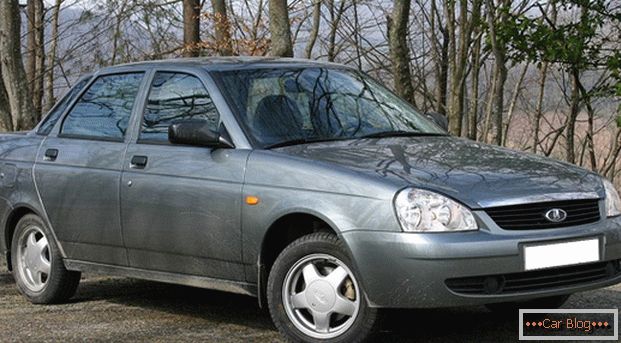